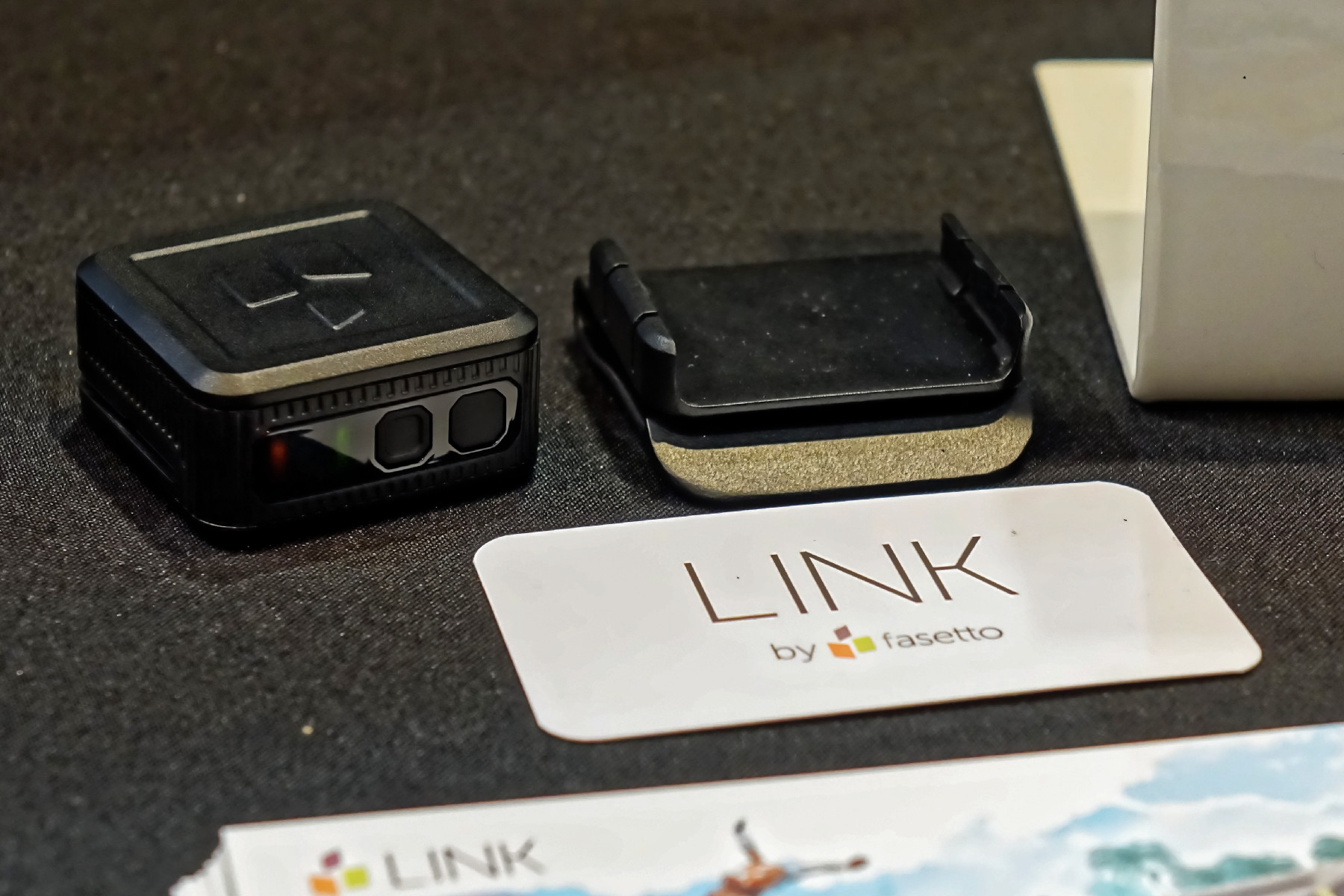 Fasetto is a company previously known as one of those cross-platform file-sharing web apps, but I was shocked to see them with a space at CES Unveiled. Companies without physical products tend to fall flat at this type of venue, but as I walked past, boy was I mistaken!

To give the size a bit of perspective here, that's a business card sitting in front of the 'Link', which only measures 1.9×1.9×0.9" and weighs just under 4 ounces. That's a belt clip to the right of it. Ok, now that we have the tiny size and low weight described, what has Fasetto packed into that space?

For a portable storage device, that is just an absolutely outstanding spec sheet! The Link is going to run an OS designed specifically for this device, and will have plugin support (simple add-on apps that can access the accelerometer and log movement, for example).

The BIG deal with this device is of course the ability to act as a portable wireless storage device. In that respect it can handle 20 simultaneous devices, stream to seven simultaneously, and can also do the expected functions like wireless internet pass-through. Claimed standby power is two weeks and active streaming is rated at up to 8 hours. Even more interesting is that I was told the internal storage will be Samsung 48-layer VNAND borrowed from their T3 (which explains why the Fasetto Link will not be available until late 2016). This is sure to be a hit with photographers, as WiFi compatible cameras should be able to stream photos to the Link as the photos are being taken, eliminating the need to offload cameras at the end of a shoot.

We will definitely be working with Fasetto to help shake out any bugs prior to the release of this little gem. I suspect it might just be the most groundbreaking storage product that we see come out of this CES.