The SM2246EN acts as a gateway for third parties to make their own SSDs. Adding support for 3D NAND is good news, as it means we will be able to see third party SSDs launch with 3D flash sourced from Intel, Micron, or SK Hynix. Another cool tidbit is the fact that those demo units in the above photo were equipped and operating with actual 3D NAND from Intel, Micron, and SK Hynix. Yes, this is the first time seeing packaged MLC 3D NAND from a company other than Samsung. Here are some close-ups for those who want to read part numbers: 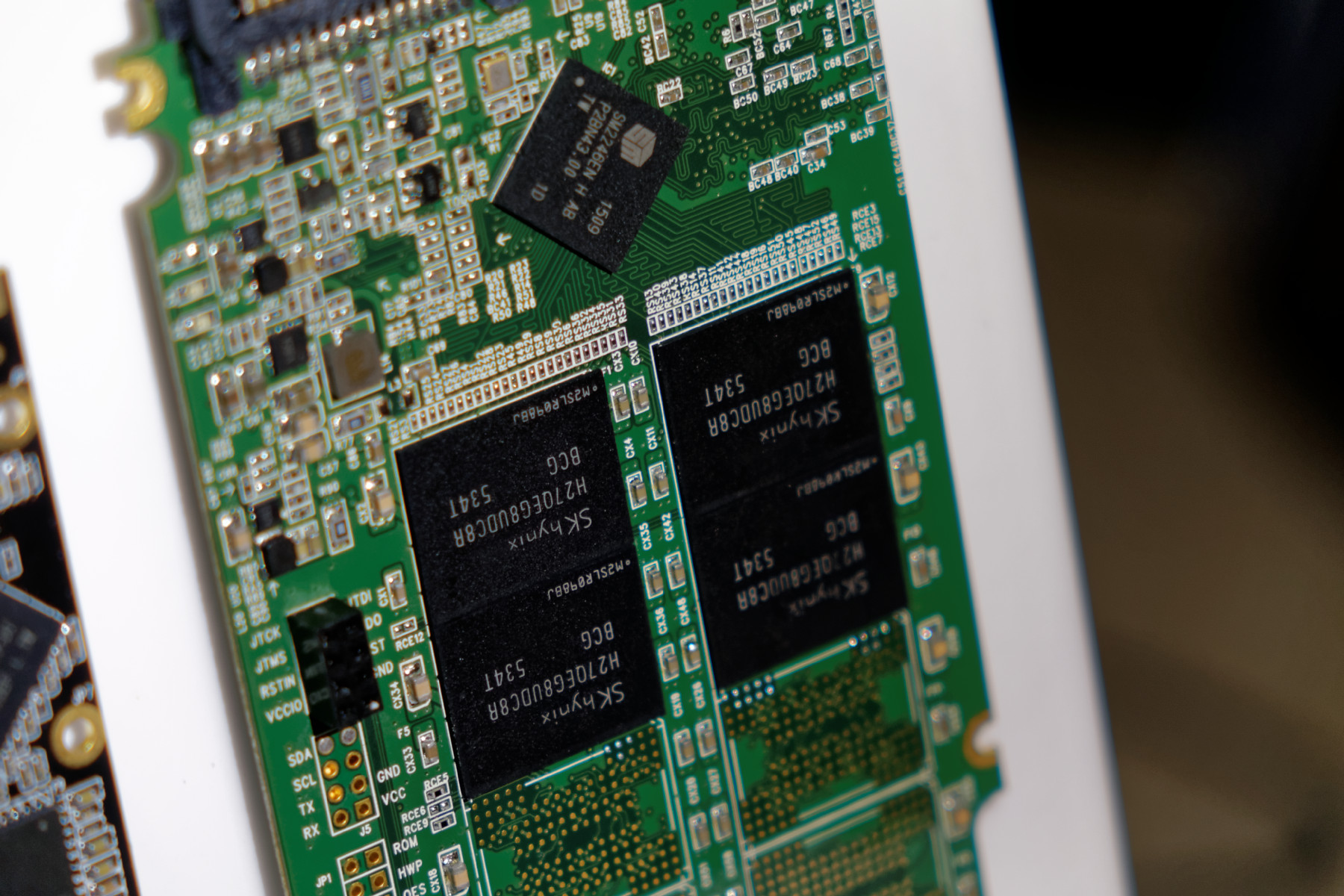 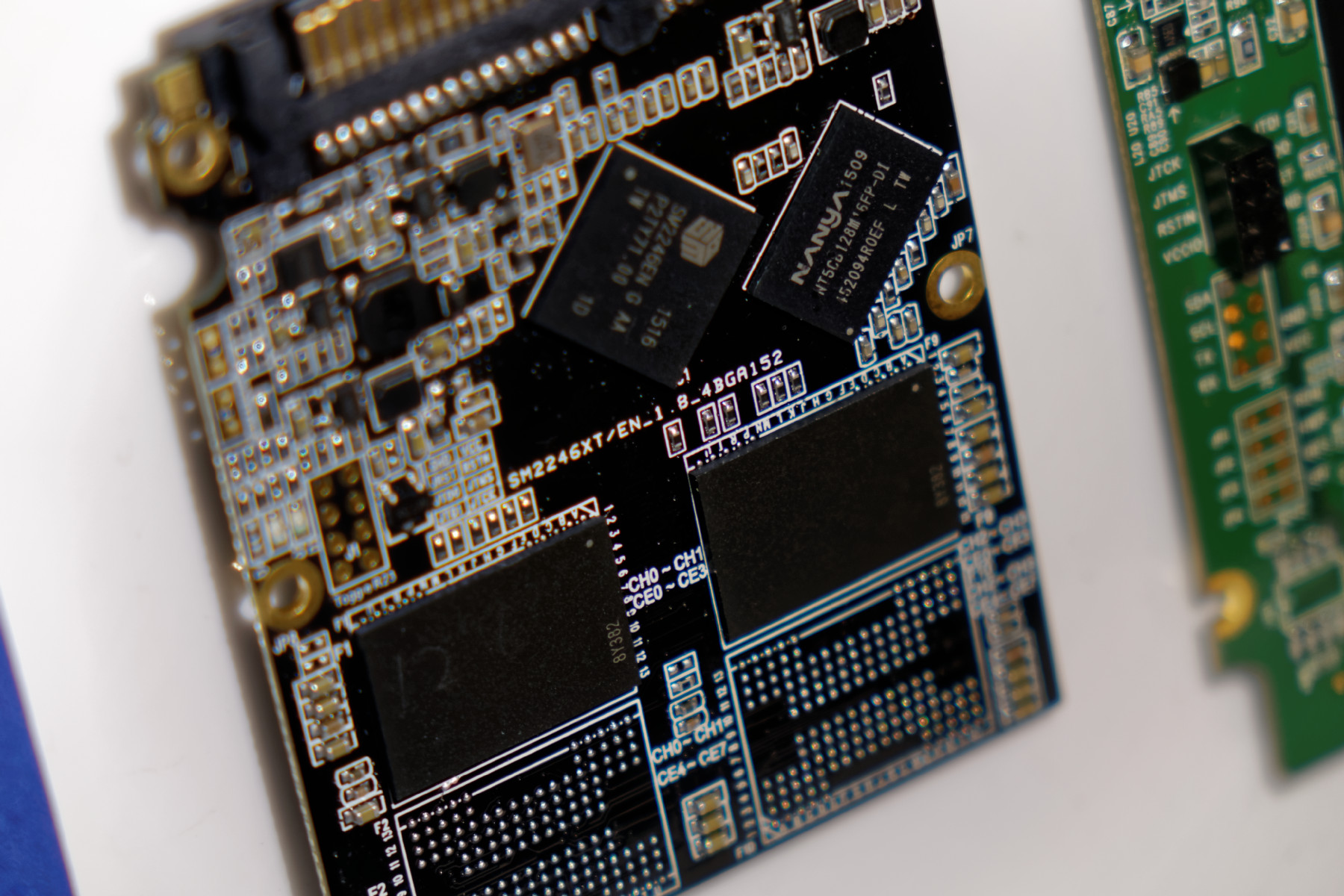 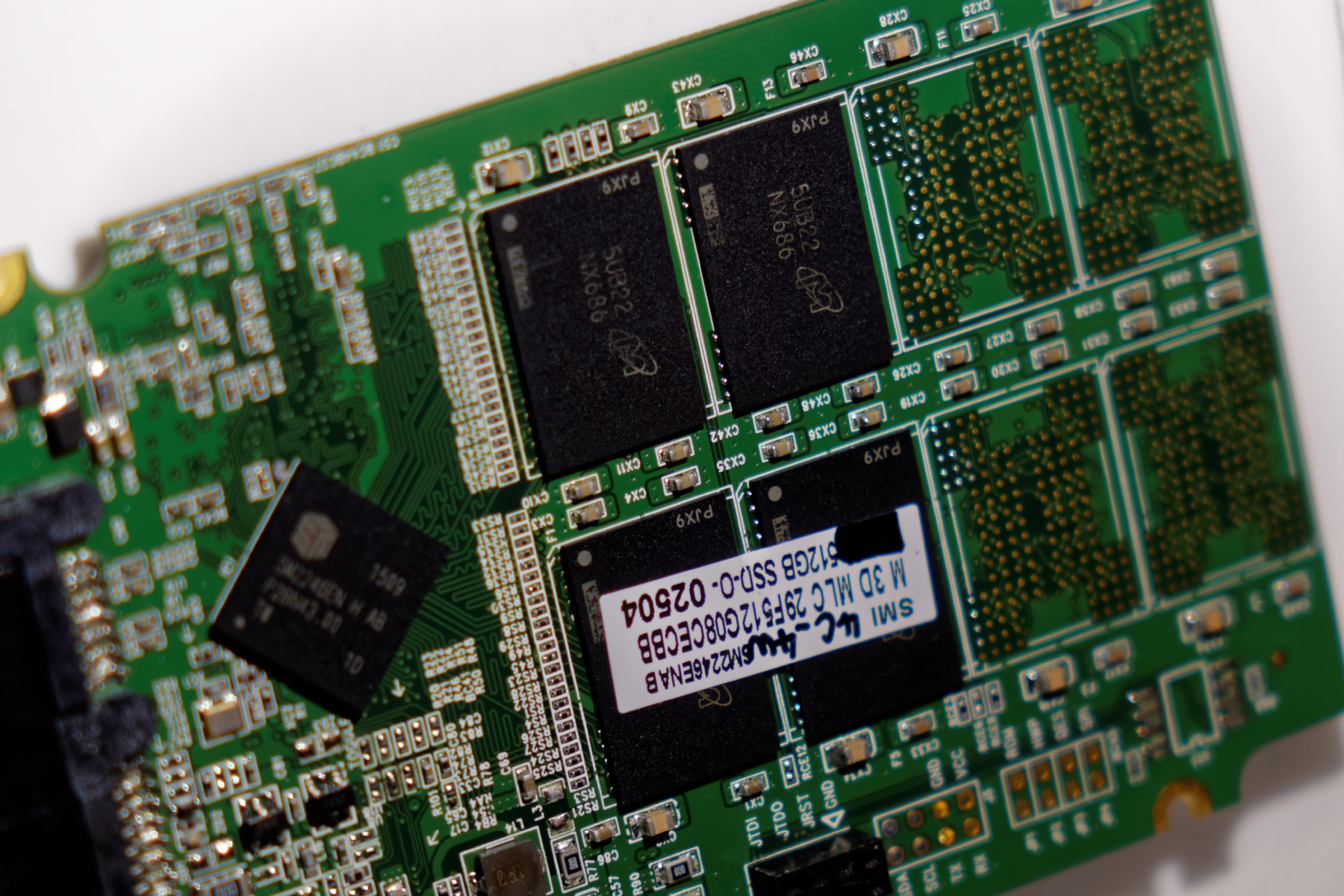 Another question on non-Samsung 3D NAND is how does its performance stack up against planar (2D) NAND? Silicon Motion had a bit of an answer to that question for us:

Keep in mind those are results from pre-production firmware, but I was happy to see that my prediction of IMFT 3D NAND speeds being effectively equal to their previous 2D flash was correct.

To knock out some other info overheard at our briefing, Silicon Motion will also be making an SM2258, which will be a TLC 3D NAND variant of the SM2256. In addition, we saw the unreleased SM2260: 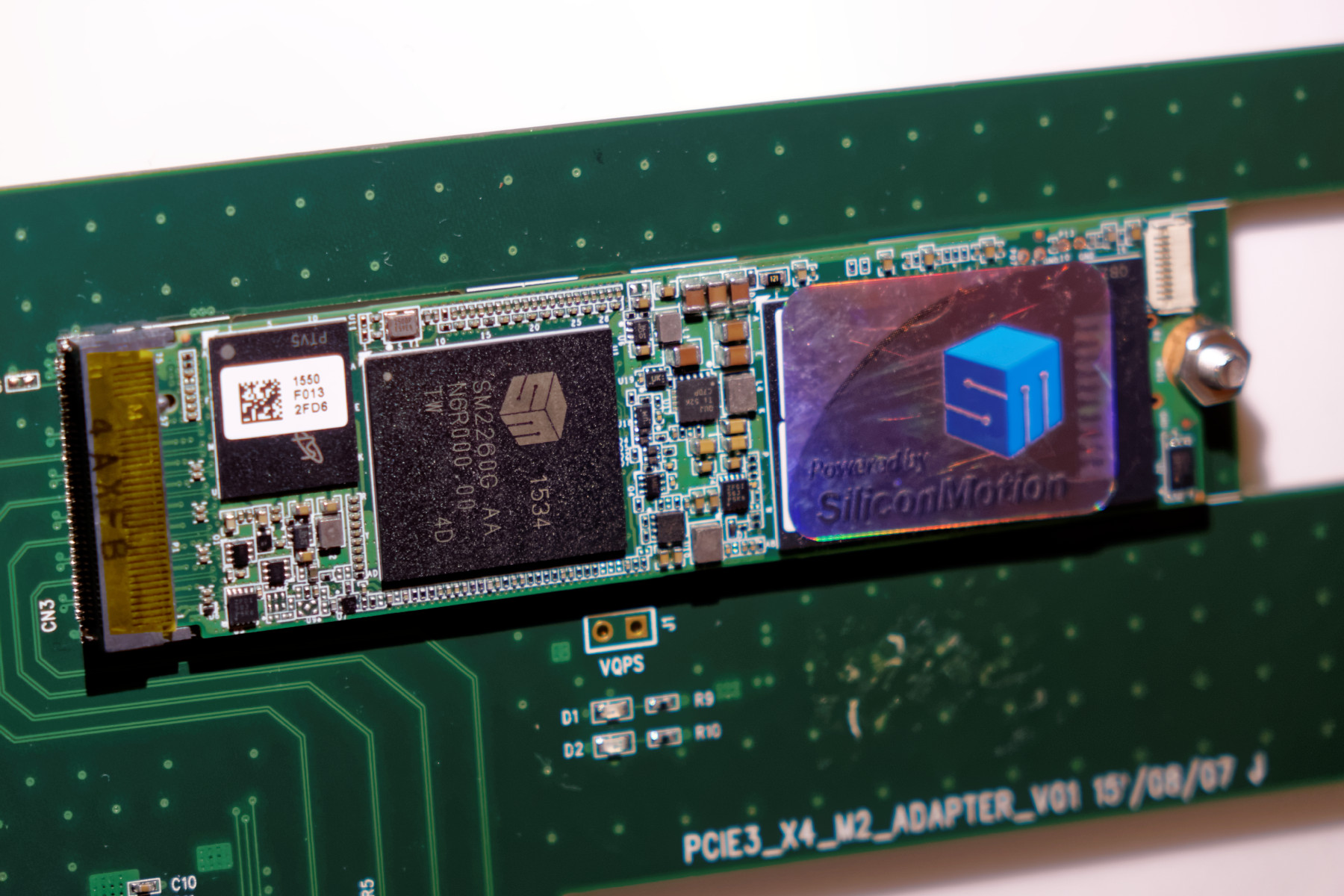 …which is Silicon Motion's PCIe 3.0 x4 SSD controller. This one is expected to surface towards the middle of 2016, and it is currently in the OEM testing stage.

The market for client SSDs is increasingly more competitive and the use of 3D NAND with turnkey controller solutions will quickly enable SSD OEMs to bring to market high-performance SSDs using the industry’s most cost-effective 3D NAND. Silicon Motion is extending the capabilities of its industry-leading SM2246EN turnkey controller solution to now support 3D MLC NAND from multiple vendors. The SM2246EN now includes the addition of advanced 3D Power Loss Protection firmware technology – specifically designed to protect against sudden data loss in 3D NAND architectures – as well as the support of up to 2 terabytes capacity. The SM2246EN with 3D NAND support is available now to customers, and the company will introduce additional SSD controller solutions supporting 3D MLC and TLC NAND flash for SATA3 and PCIe SSDs in 2016, further improving performance and affordability for broader SSD adoption.

Shalley Chen, President of ADATA Technology Co., Ltd, shared a similar opinion. “Reliable turnkey solutions are the cornerstone for ADATA to efficiently and successfully utilize 3D NAND across all our key product platforms, including SSDs. These solutions offered by Silicon Motion are critical to our long-term success.”

"3D NAND will drive faster adoption of client SSDs by consumers and corporate clients," said Nick Villalobos, Director of Global Marketing at Mushkin Inc., “We are excited to partner with Silicon Motion in deploying SM2246EN with 3D MLC NAND in our new SSD products.”

For more information on Silicon Motion, please go to http://www.siliconmotion.com.