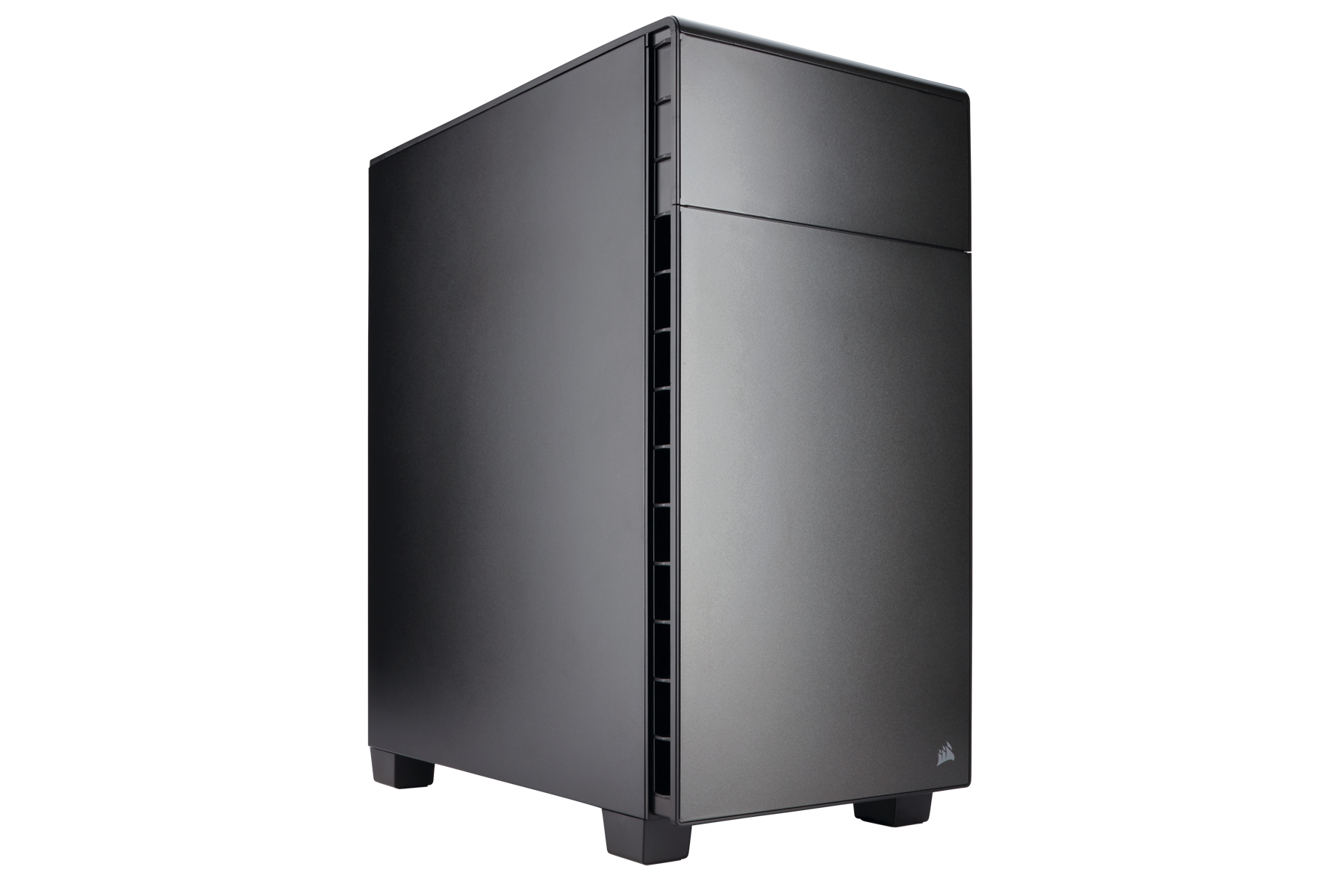 The motherboard installation is completely painless (if you remember to flip the board around – which I may or may not have forgotten to do at first). 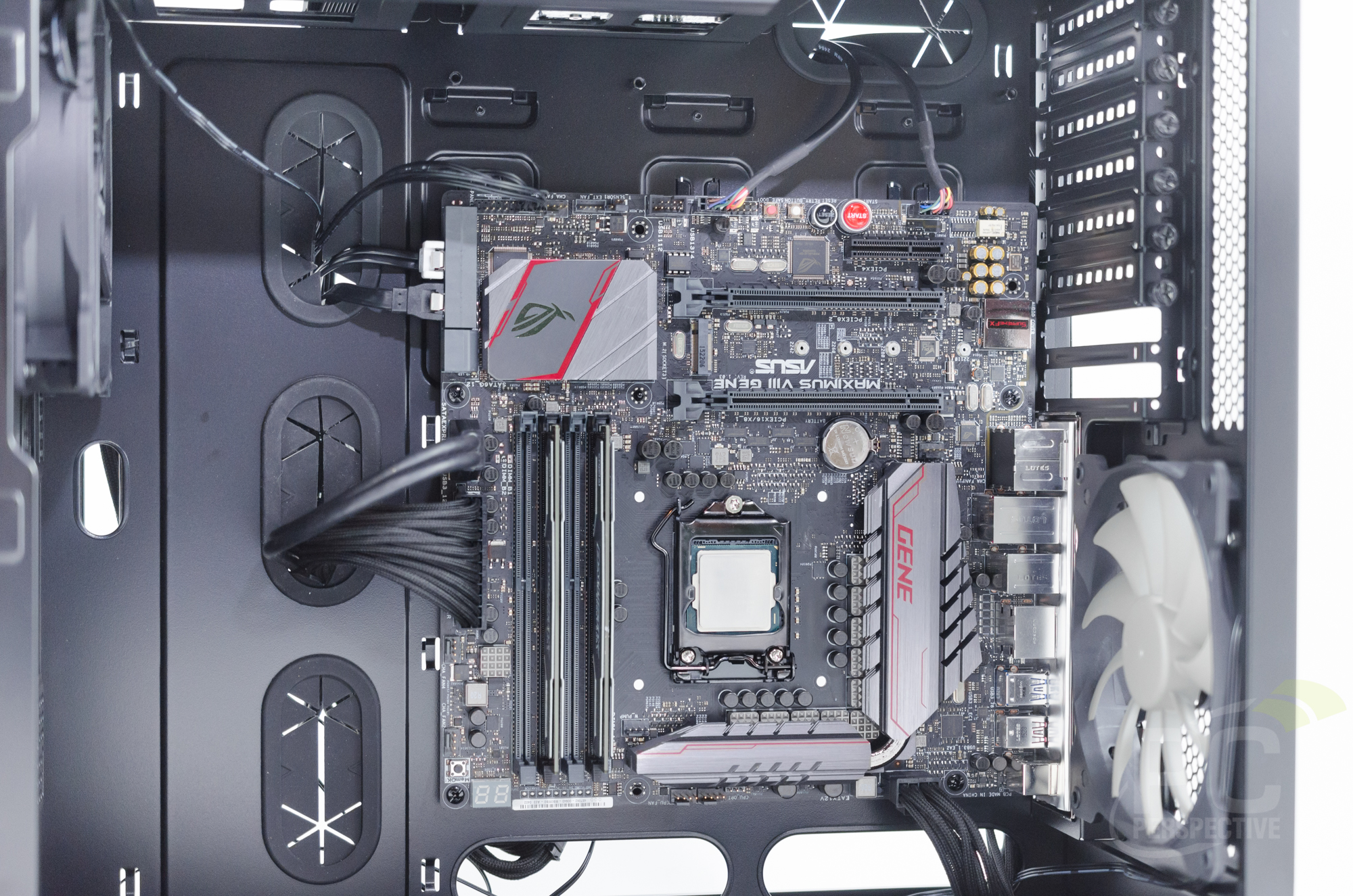 There is a lot of room around the motherboard to rout cables, and most of the openings are protected with rubber grommets (the two large openings at the bottom are the exception). 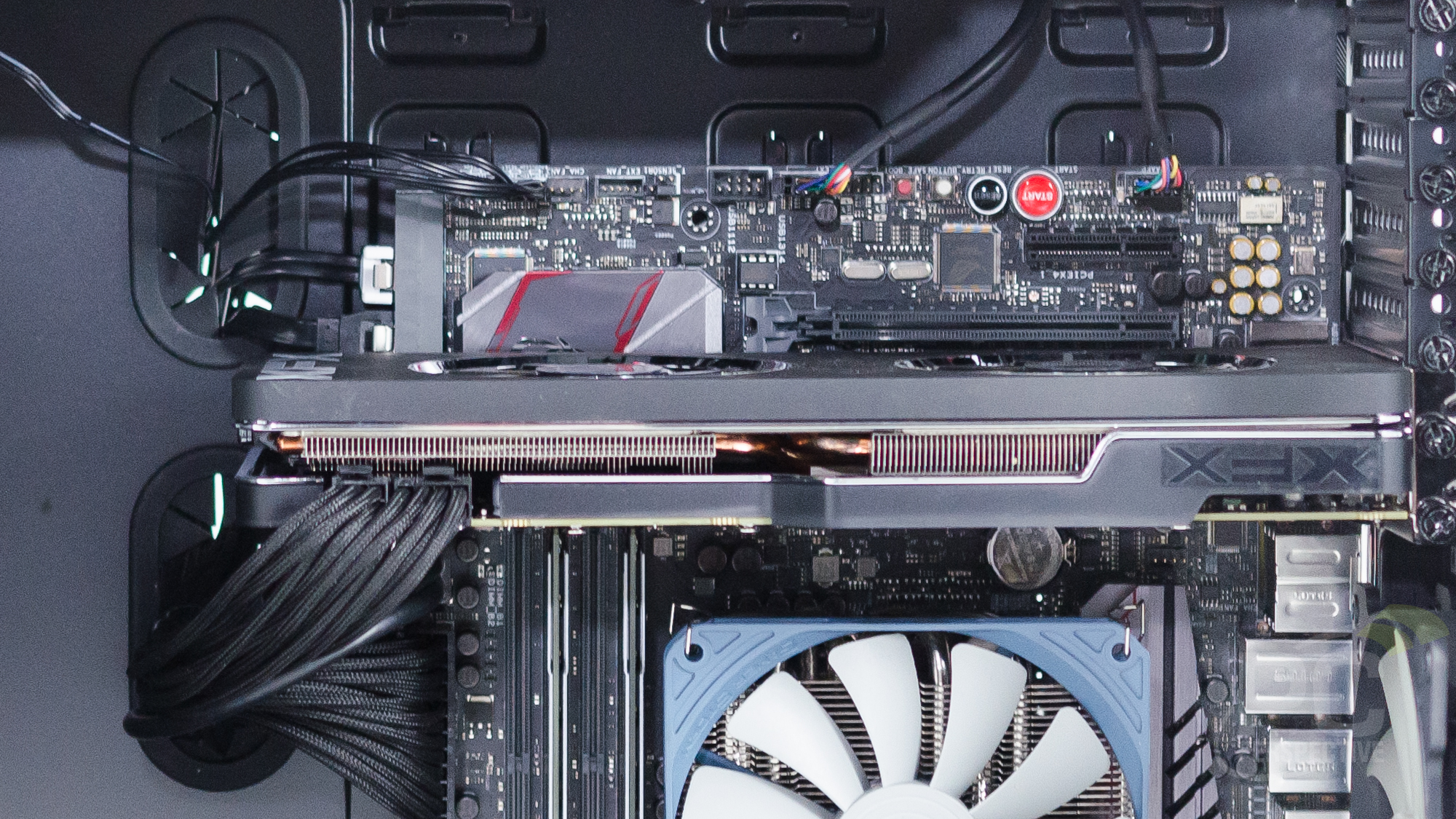 It's worth noting the position of the graphics card with this layout, as the fans will face upward with GPU coolers such as the test system's XFX Double-Dissipation R9 290X. Whether this has a positive or negative effect remains to be seen, and will certainly depend on the cooler design and fan airflow. 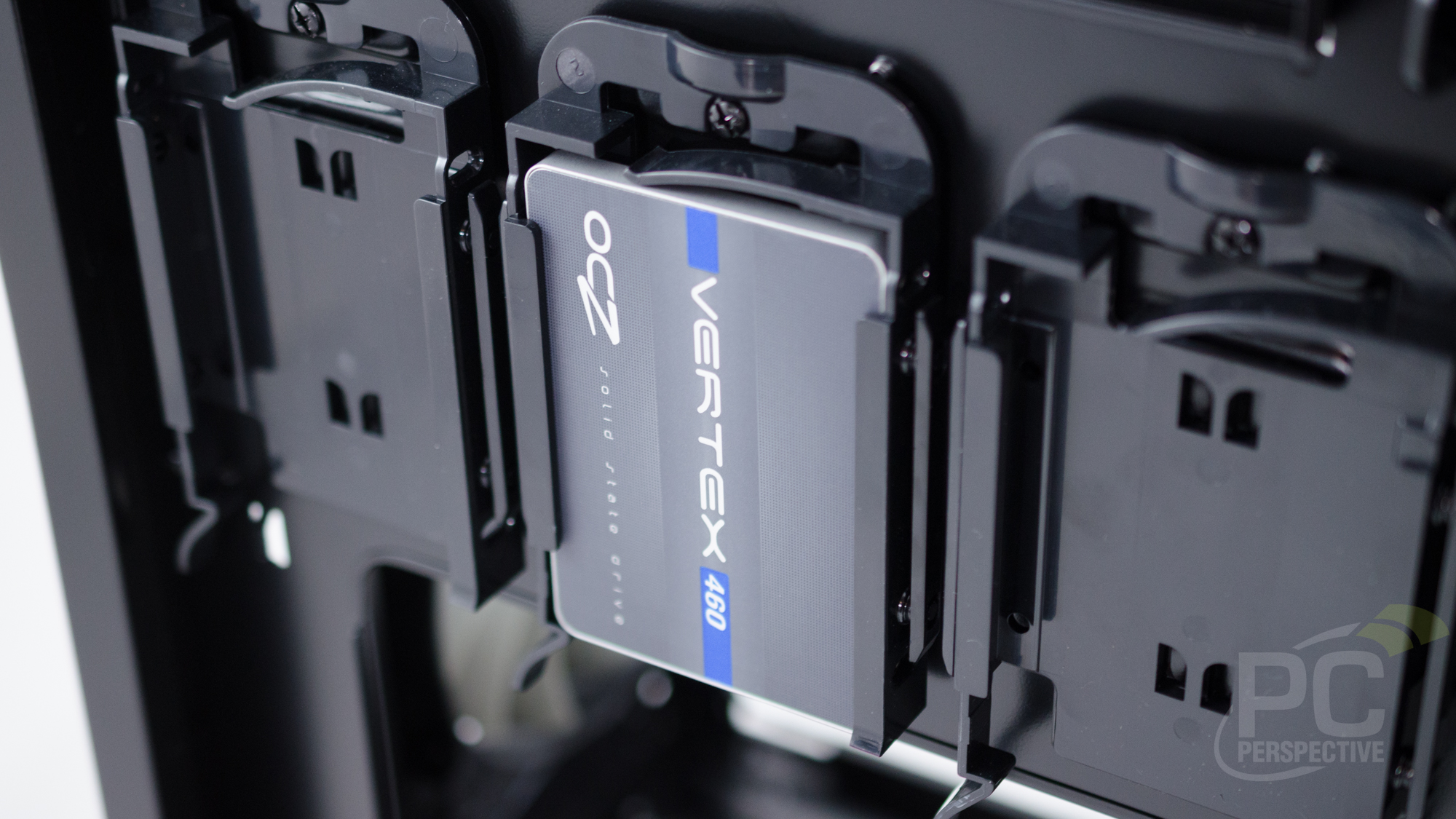 The 600Q's 2.5-inch bays are technically removable, but this isn't necessary. The bays were designed to allow tool-free installation of an SSD by simply sliding the drive up until it clicks into place. 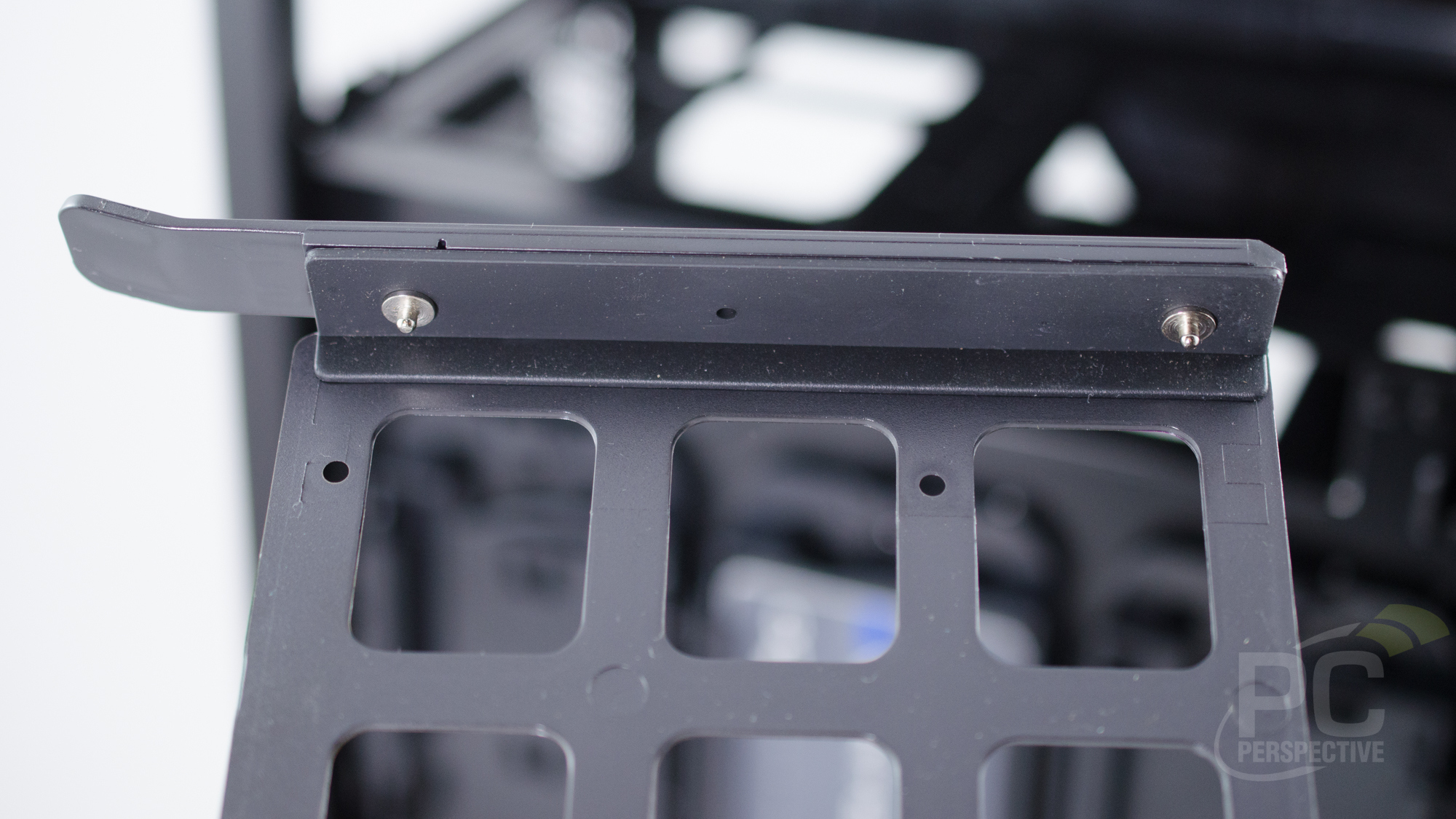 Hard drives are mounted without tools to a pair of flexible trays, which have a soft rubber lining along the inside edges to reduce vibration. 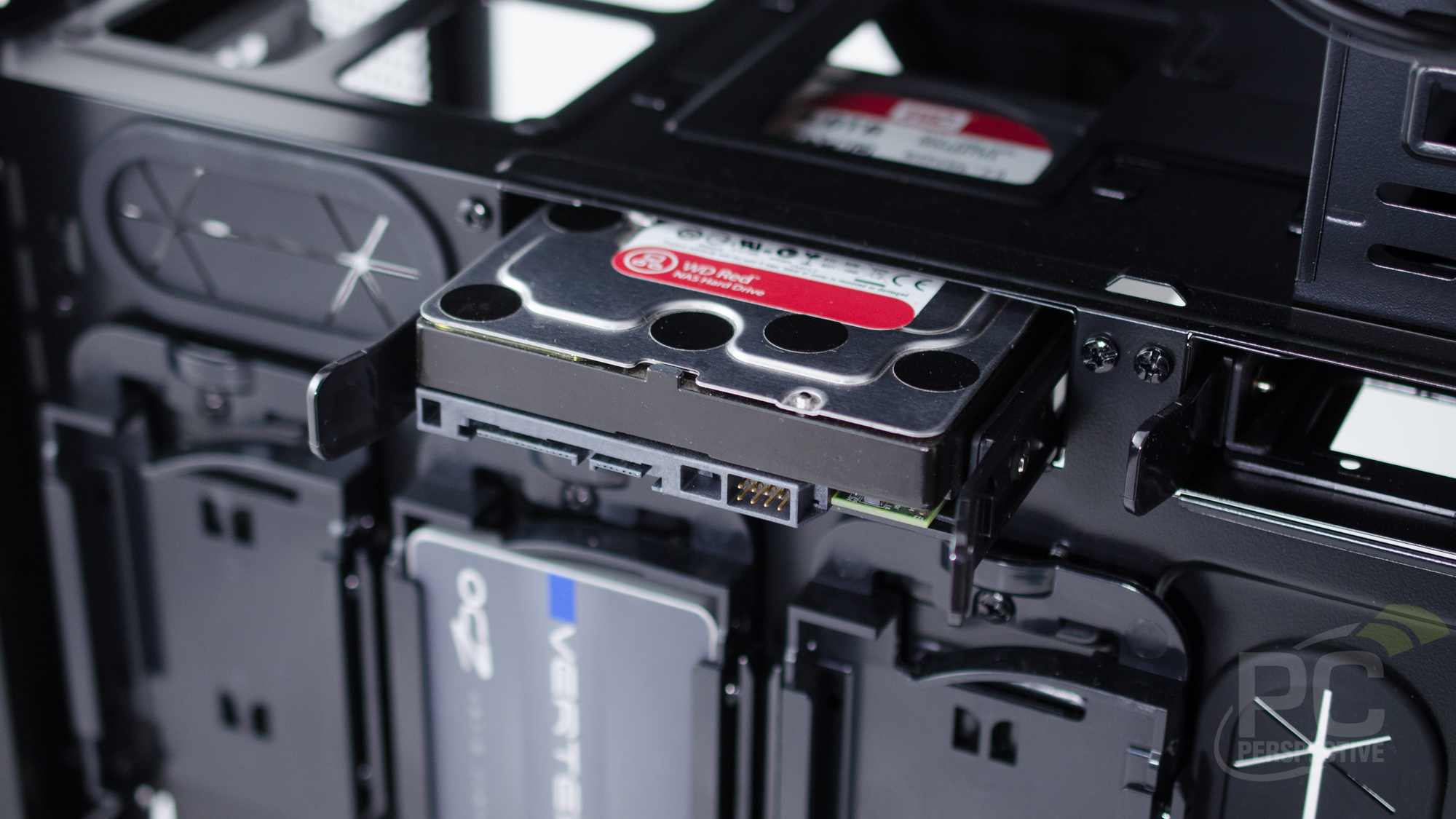 Just above the storage mounts there is a large space (covered from the front with a plastic shroud) for your PSU (along with any optical drives you choose to install). 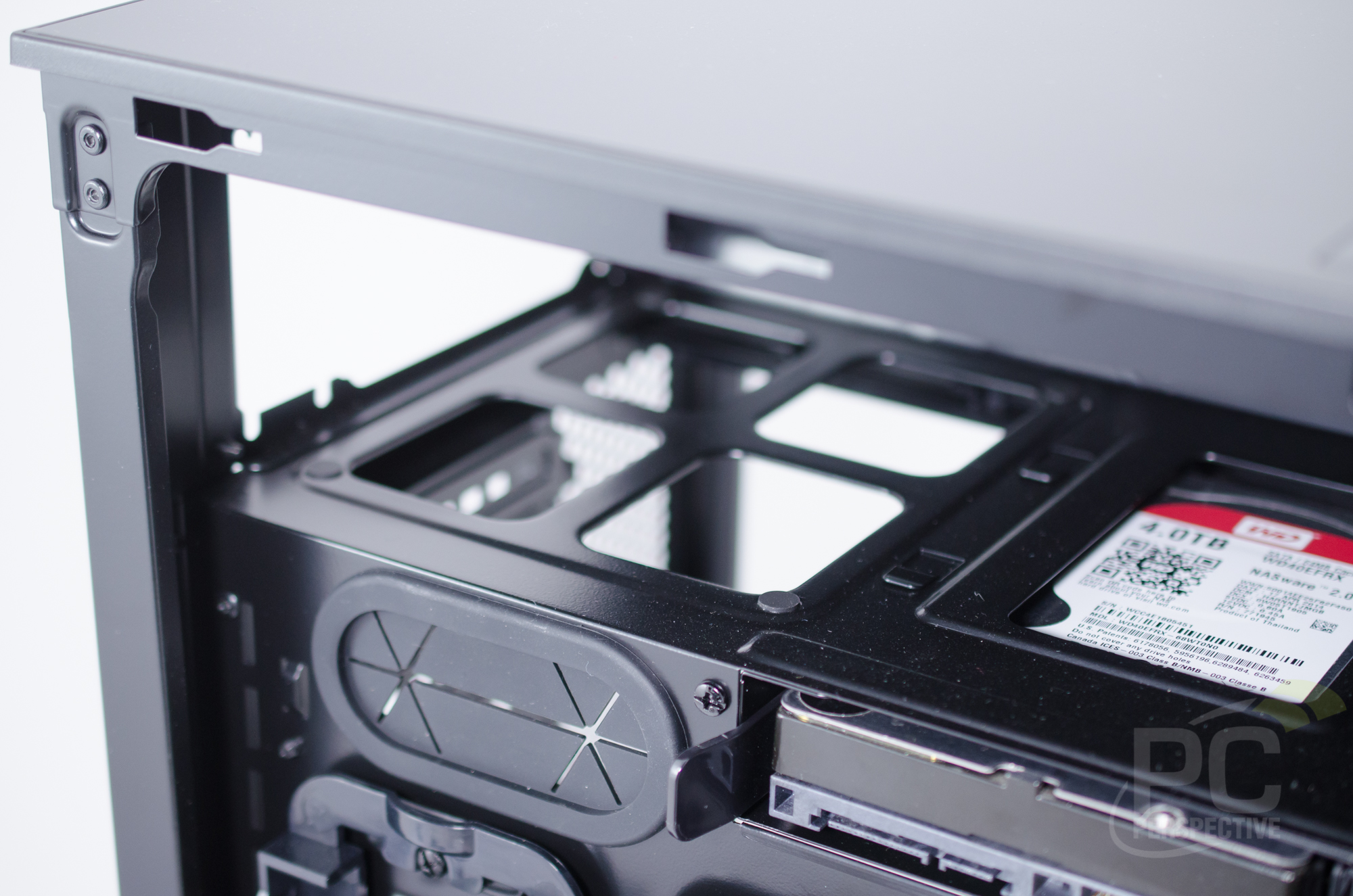 Installation involves first mounting the PSU to a metal bracket, and then sliding it in place before securing it with four screws. 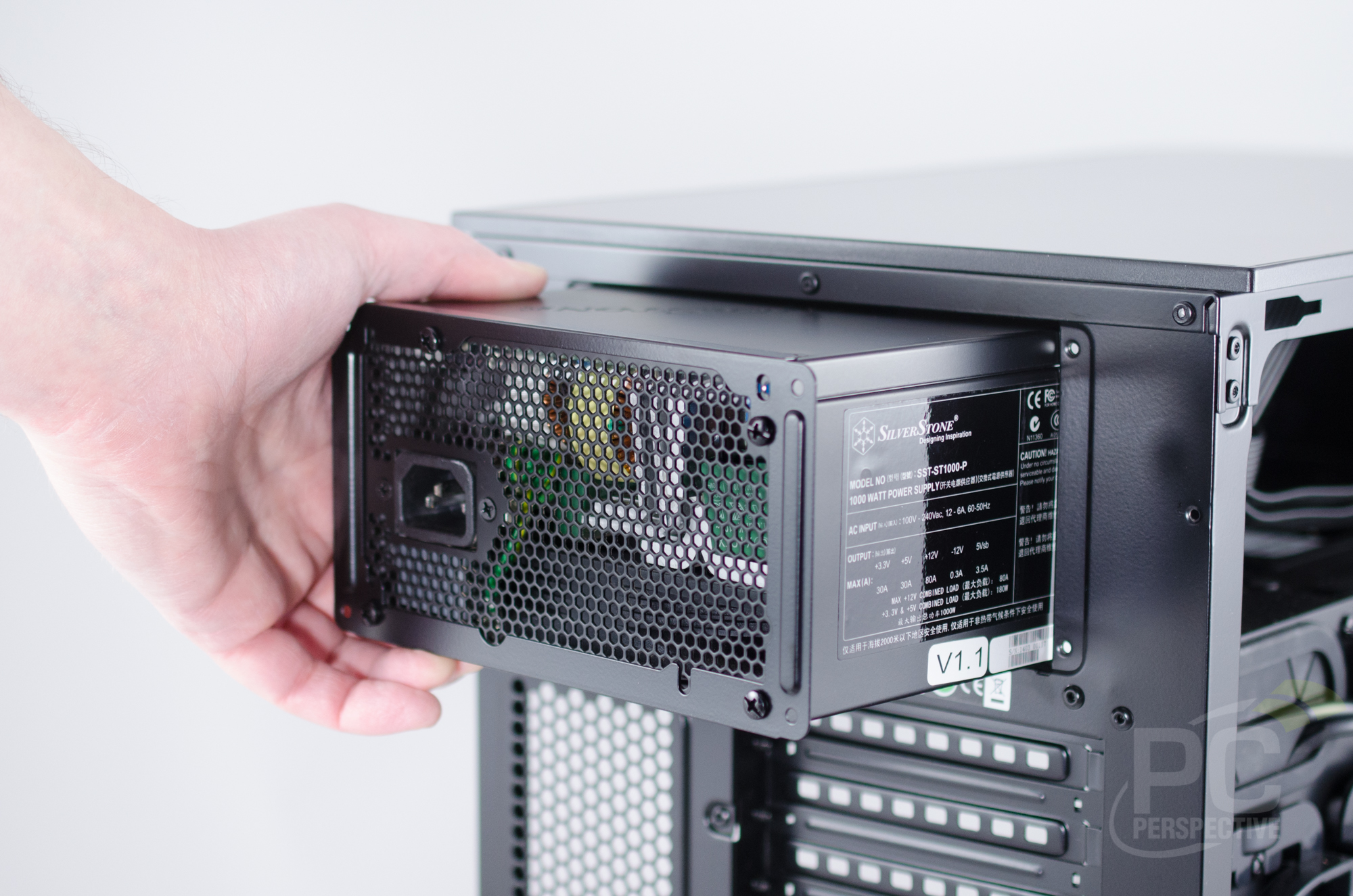 While most of the photos were taken using an air cooler for the CPU, testing was also done using a self-contained liquid cooler from Corsair. 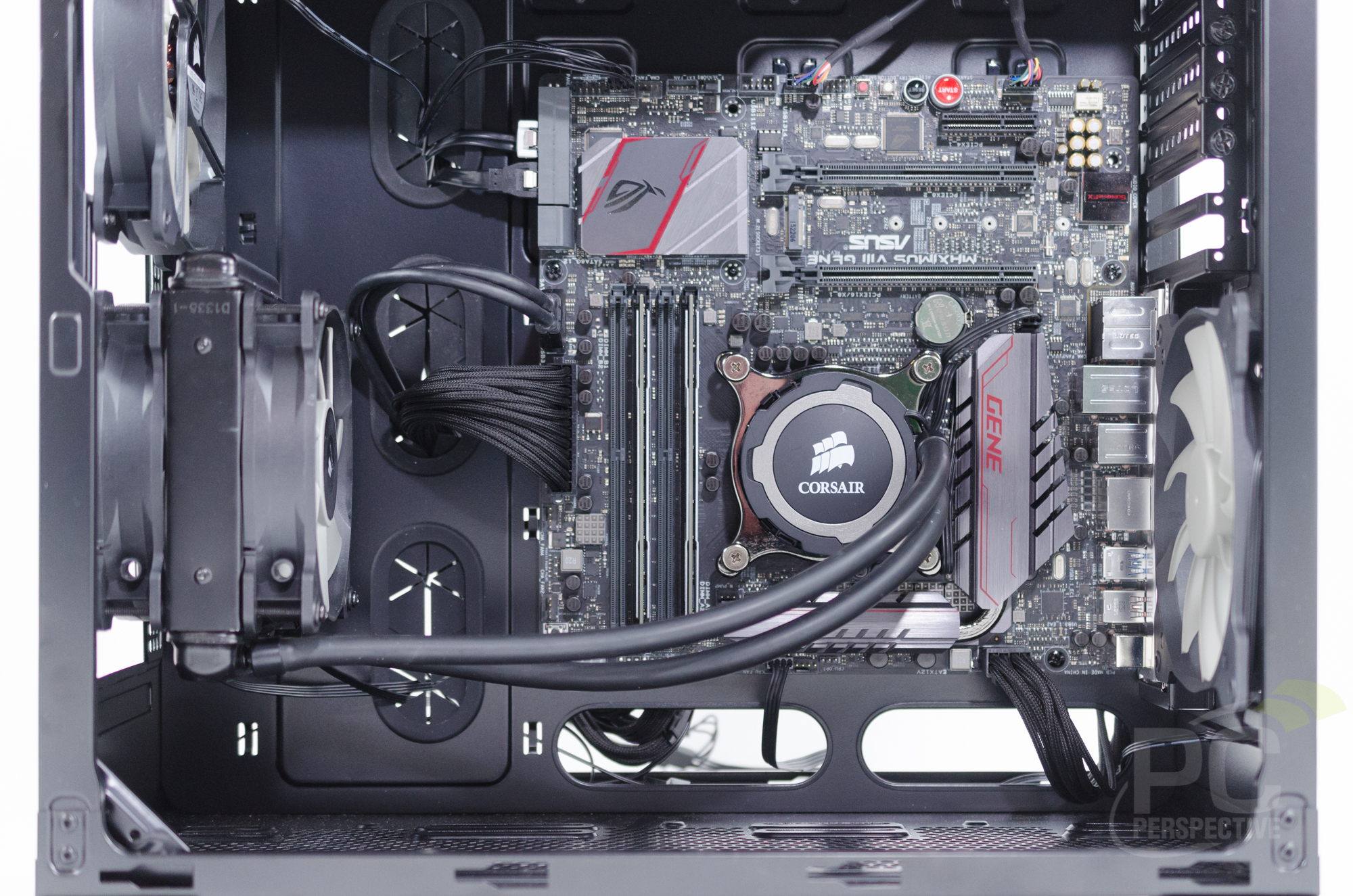 The front mounts provide a source of cool air for the radiator, though a liquid CPU cooler would certainly work on the bottom (up to 240/280 mm) or rear (120/140 mm) mounts. (The smaller 120 mm Corsair H75 was used as this is the standardized liquid solution for all enclosure reviews.)

As to case fans, there is very little effort involved in attaching the fans to the controller switch on the top of the enclosure, as the enclosure I/O cables include three fan headers and a SATA power connector. 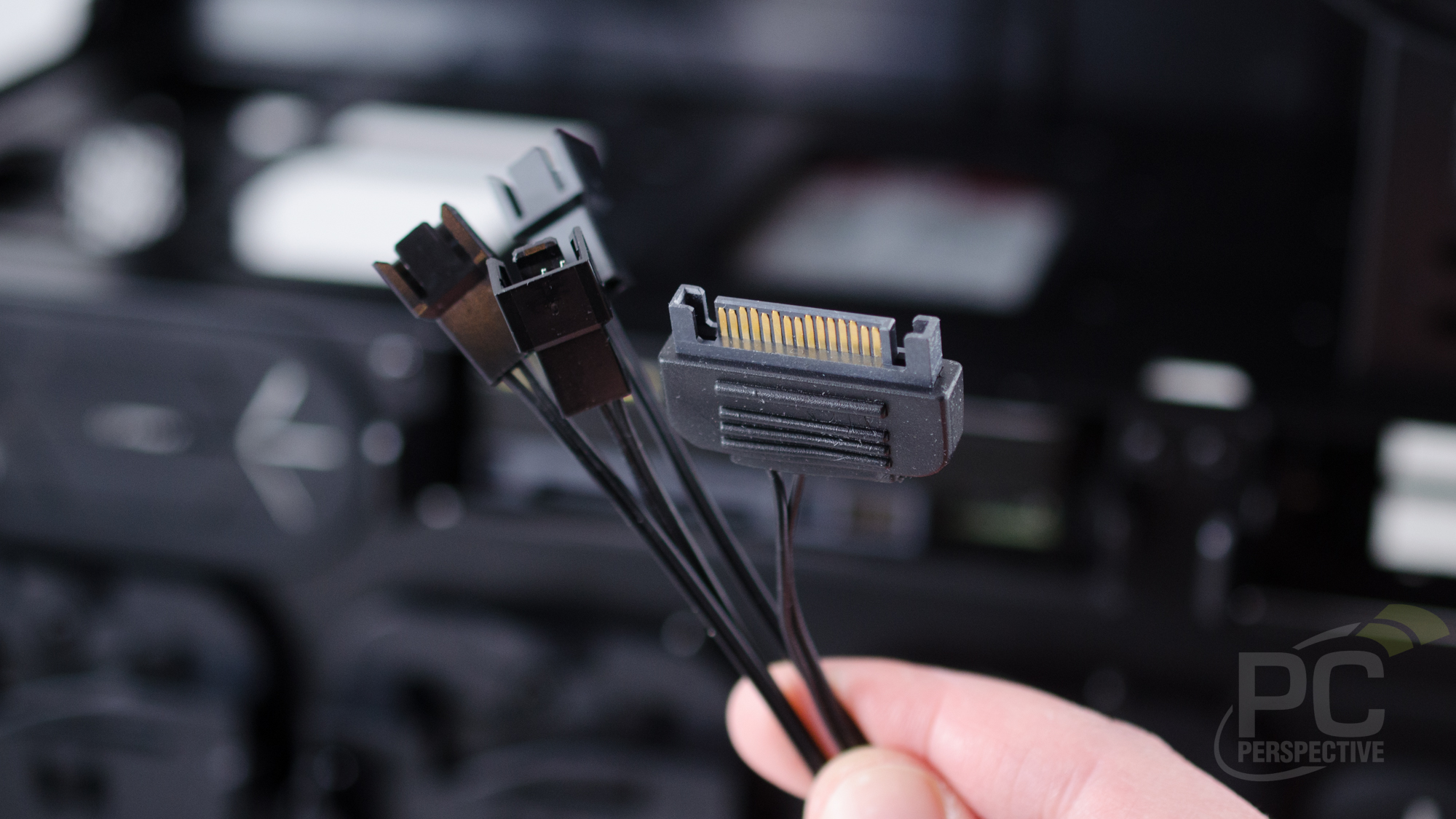 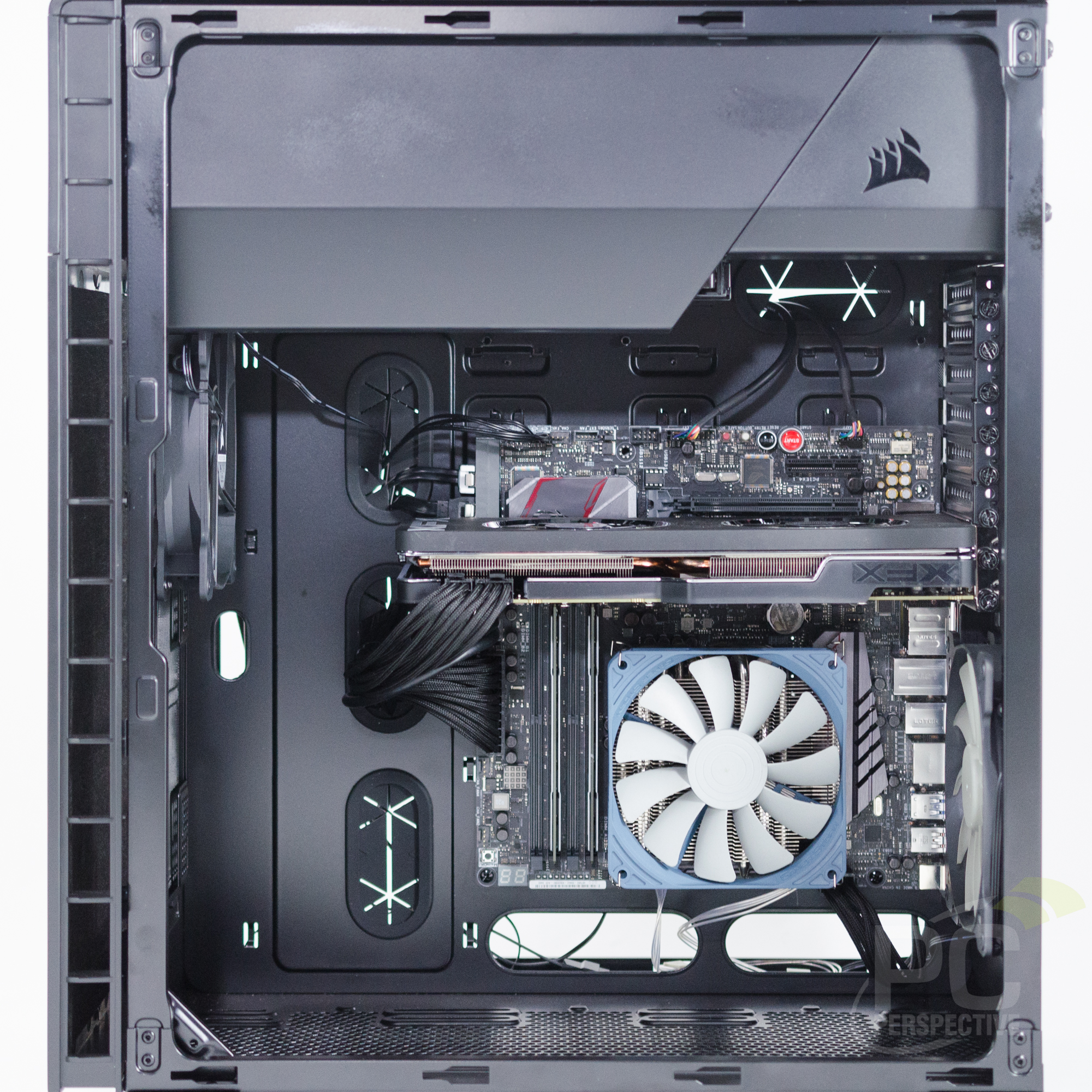 A very tidy build here, as the Carbide 600Q has a good array of cable routing openings and plenty of room to hold a much larger system than what I've put together here. 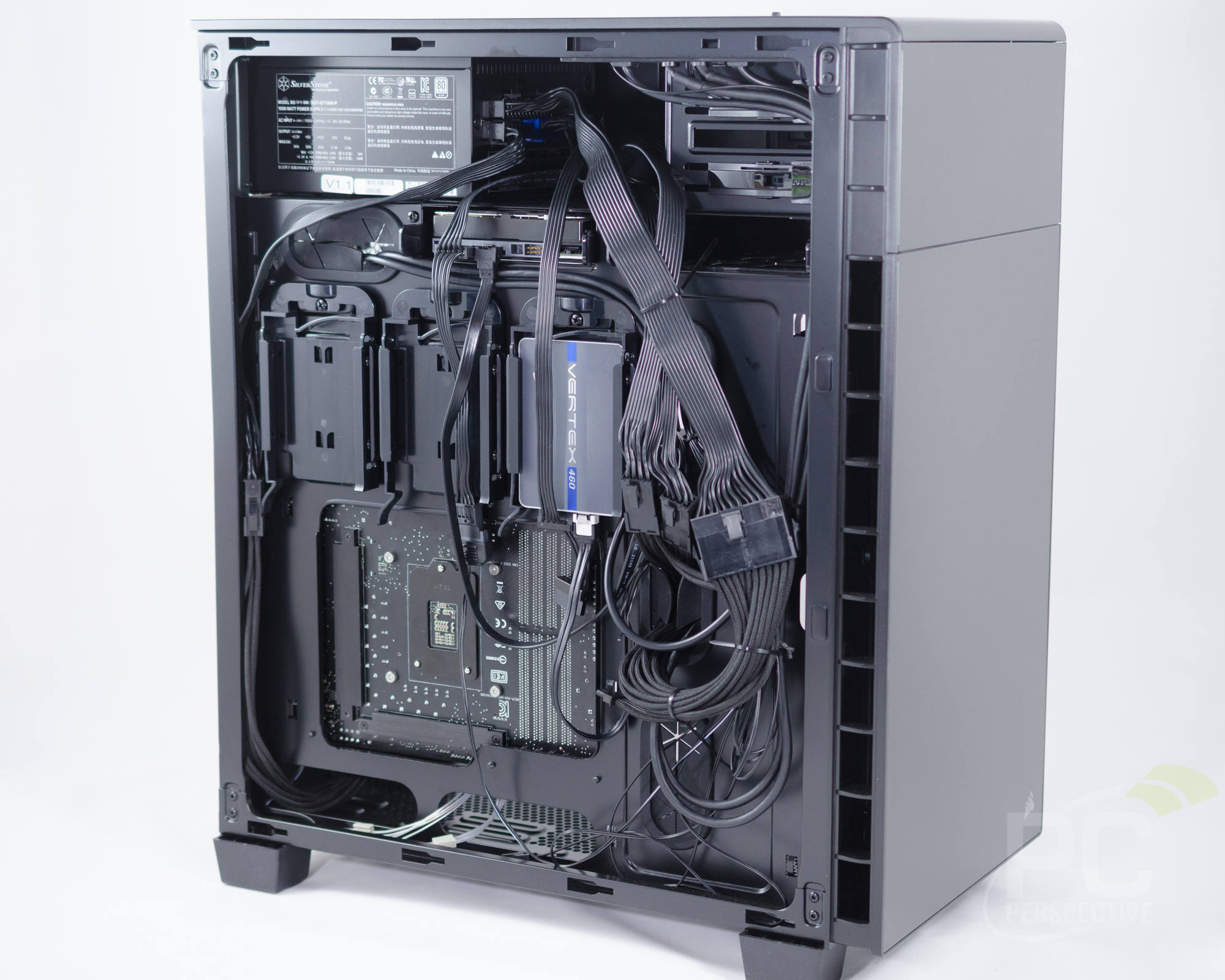 The area behind the rear panel is a little more messy than I'd like with this particular build, but with some additional care it could be a lot cleaner. The good thing for the 600Q is that, even with my minimal efforts here, I was able to close the rear panel without a problem; there's just enough clearance to prevent a bowed side panel. 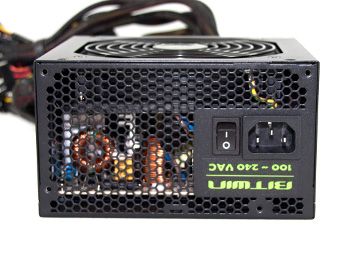 If the first Jou Jye PSU doesn’t work, daisy chain on a second 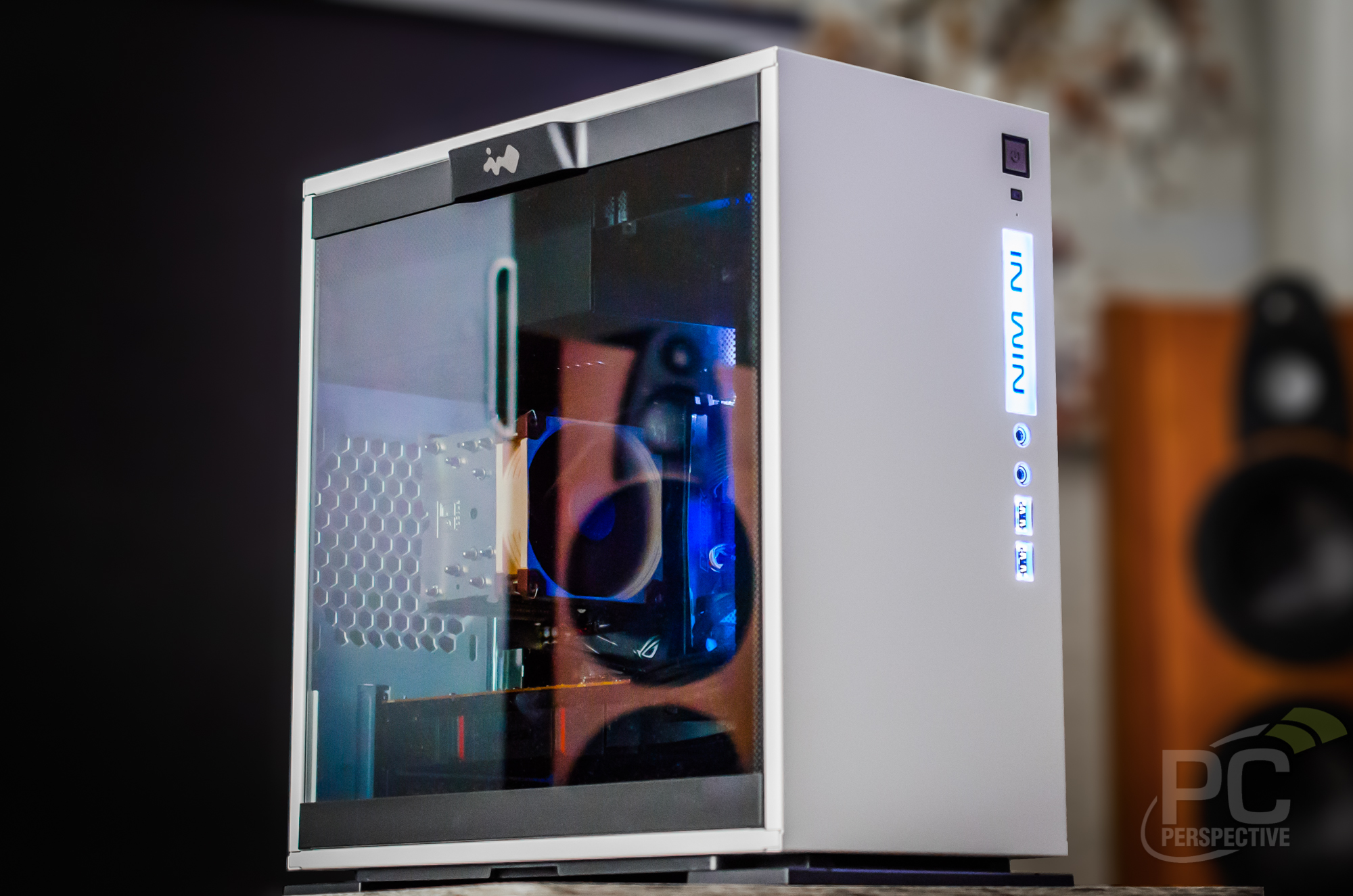