Dell kicked off their CES presence with a presentation that featured actor Josh Brener of “Silicon Valley” fame.  His monologues were entertaining, but unfortunately he was performing in front of a pretty tough crowd.  It was 10:30 in the morning and people were still scarfing down coffee and breakfast goods that were provided by Dell.  Not exactly a group receptive of humorous monologues at that time in the morning.  Oddly enough I was seated next to Josh's wife, Meghan Falcone, who helped provide the laugh track for his presentation.  She was kind enough to place my dirty, germ-ridden coffee cup right next to the AV equipment table when I was finished with it.  Probably a poor move on her part. 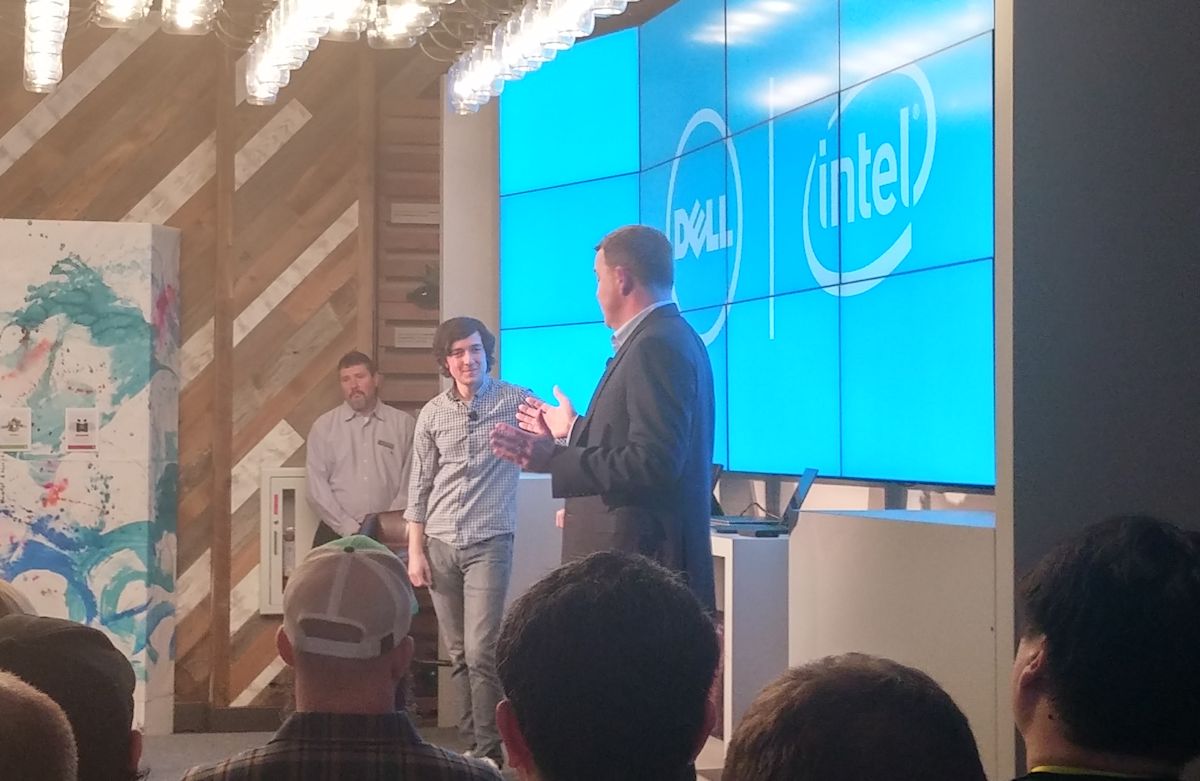 The presentation was actually about some pretty interesting products coming to Dell this year.  The presentation was held in a restaurant in The Venetian and space was rather limited.  Dell did what they could in the space provided, and entertained some 60+ reporters and editors with the latest and greatest technology coming from Dell.

Dell had a runaway success last year with their latest XPS laptops with the InfinityEdge Displays.  The 13” model was a huge success with even Ryan buying one.  These products featured quick processors and graphics, outstanding screen quality, and excellent battery life considering weight and performance.  Dell decided to apply this design to their business class Latitude laptops.  The big mover is expected to be the new Dell Latitude 13” 7000 series Ultrabook.  This will come with a variety of configurations, but it will all be based on the same chasis that features the 13” InfinityEdge Display as well as a carbon fiber top lid.  This will host all of the business class security features that those customers expect.  It also features USB Type-C connectors as well as Thunderbolt 3. 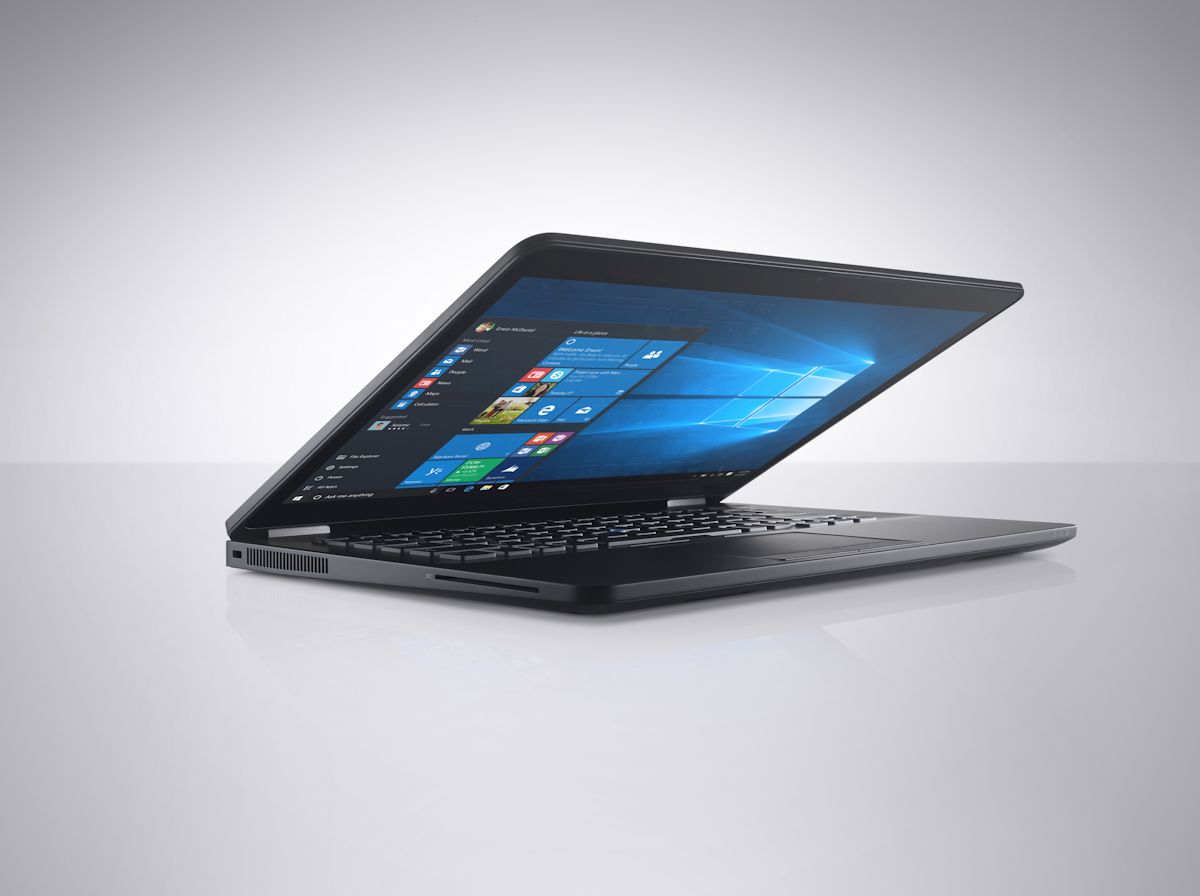 The Latitude 12 7000 series is a business oriented 2-in-1 device with a 12.5” screen.  This easily converts from a laptop to a tablet and is along the same design lines as the latest Surface 4.  It features a 4K touch display that is covered by a large piece of Gorilla Glass.  The magnesium unibody build provides a great amount of rigidity while keeping weight low.  The attachable base/keyboard is a backlit unit that is extremely thin. 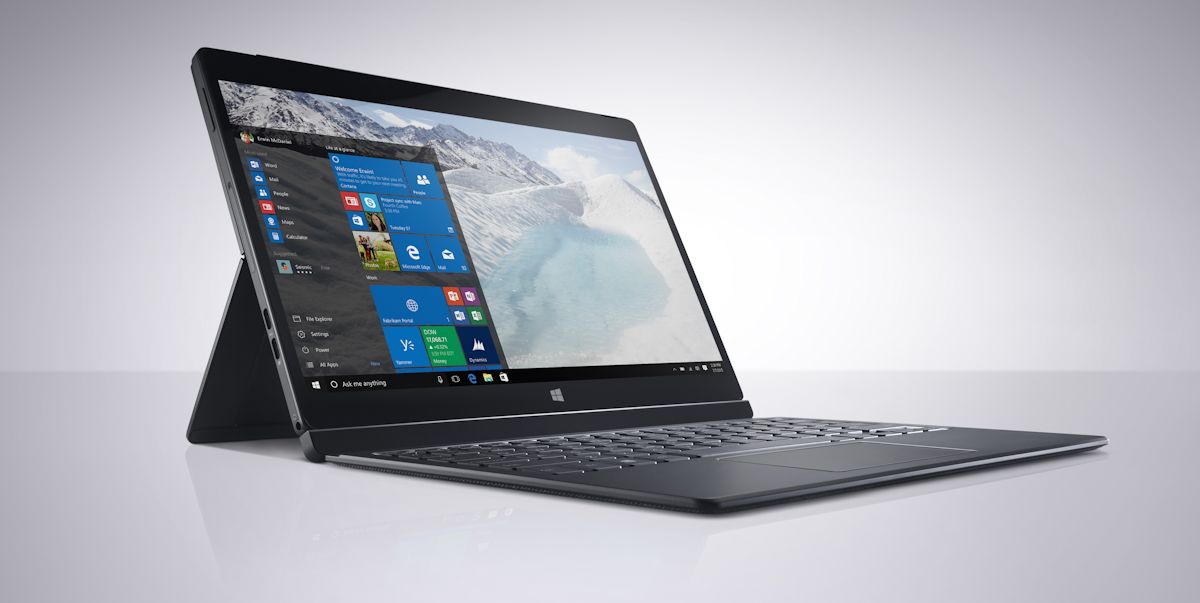 Finally we have the smaller Latitude 11 5000 series 2-in1 that features a 10.8 inch touch display, hardened glass, and the magnesium frame.  It is only 1.56 pounds and provides all the business and security features demanded by that market. 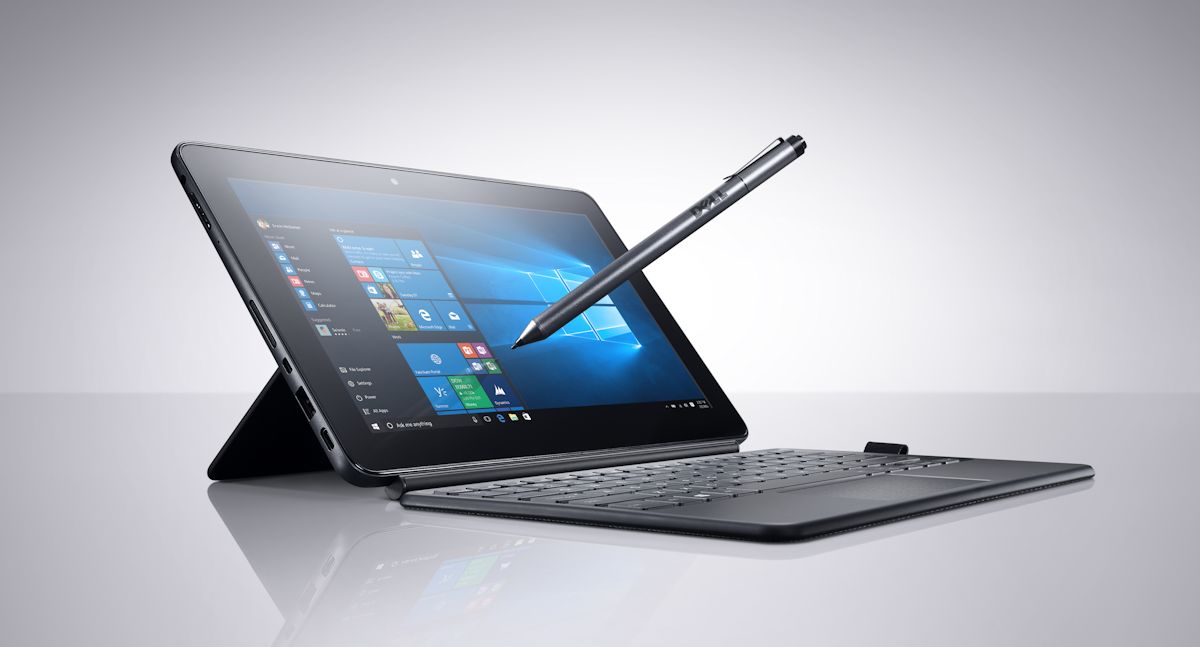 Dell also introduced their first OLED laptop in the form of the Alienware 13” gaming laptop.  It features a 2560×1440 and configurations based on the Intel Skylake processor at prices starting at $1,499.

On the consumer side Dell is releasing their XPS 15” InfinityEdge model.  This is of course a larger sized version of the XPS 13 with more battery, more performance options, and that lovely larger display.  It is still quite small as compared to other 15” models and is extremely lightweight for that class of laptop.

We had mentioned a few days ago on one of the CES podcasts that Dell had seemingly fallen behind in the innovation category of monitors.  Yes, they have produced very high quality monitors through the years, but after the 3008WFP was introduced we saw fewer cutting edge features introduced into Dell monitors.  They were good products with fair prices, but companies such as Asus started to really innovate in terms of design and additions.  Features such as G-SYNC and FreeSync were first seen on other competing products rather than with Dell monitors.  Now it seems that Dell has awoken from its slumber in this particular field. 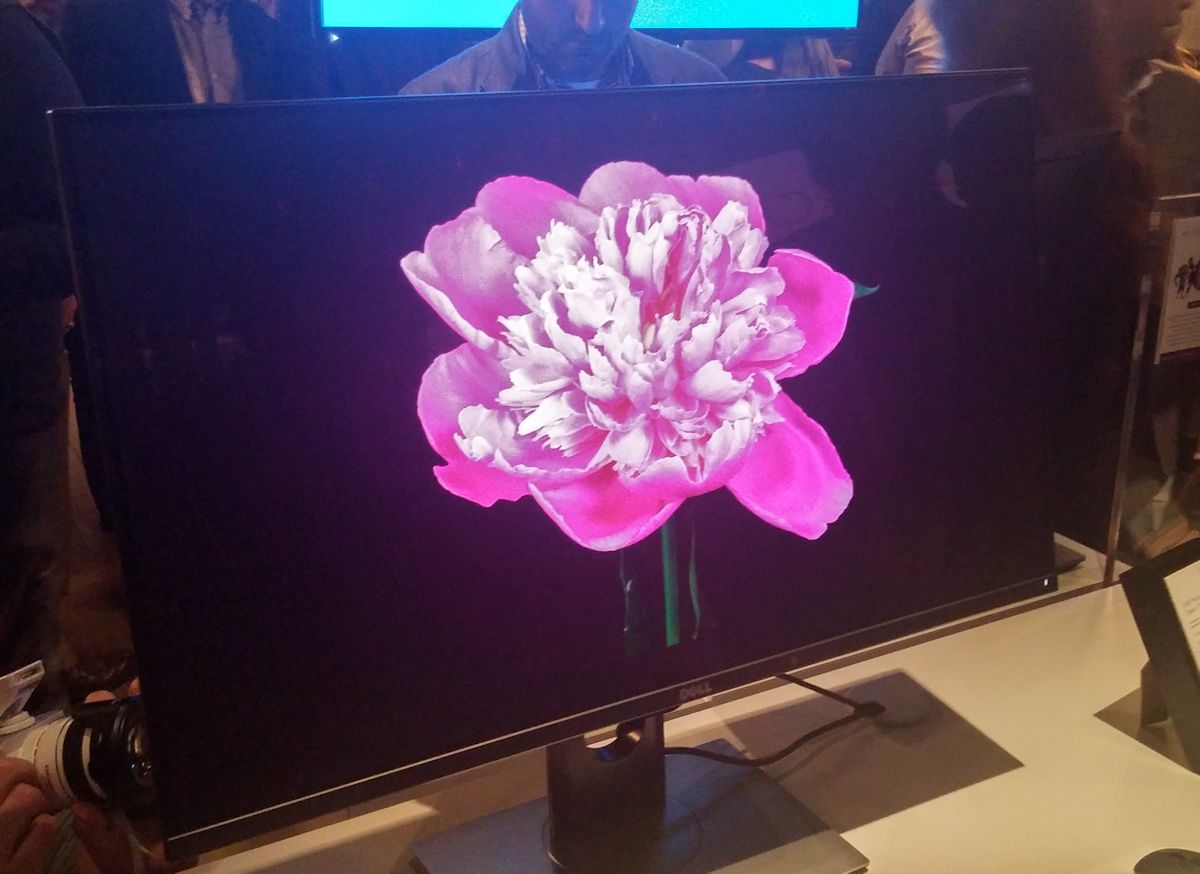 The big release is of course the 30” OLED unit that features a 4K screen.  This is a professional level screen with a contrast ratio of 400,000 to 1.  It covers AdobeRGB and DCI-P3 color spaces and features the ultra-fast 0.1ms response time that OLEDs are famous for.  It also supports the USB Type-C connection to enable single cable power, video, and data connectivity with compatible systems.  It likely features other connections (DP 1.2, HDMI 1.4) but Dell did not detail that for us in their documentation.  The monitor is stunning in person.  It is truly hard to describe how dark the blacks are, or how vivid the picture looks.  It is also HDR compatible for future hardware and software to enable.  Price is of course a sensitive topic.  The monitor comes in at $4,999.  This is a fair price considering the panel as well as the professional market that it is aimed at.  High end Sony panels that match the specifications of the UltraSharp can reach upwards of $18,000 or more.  At nearly $5K the Dell is a relative bargain for individuals needing those features. 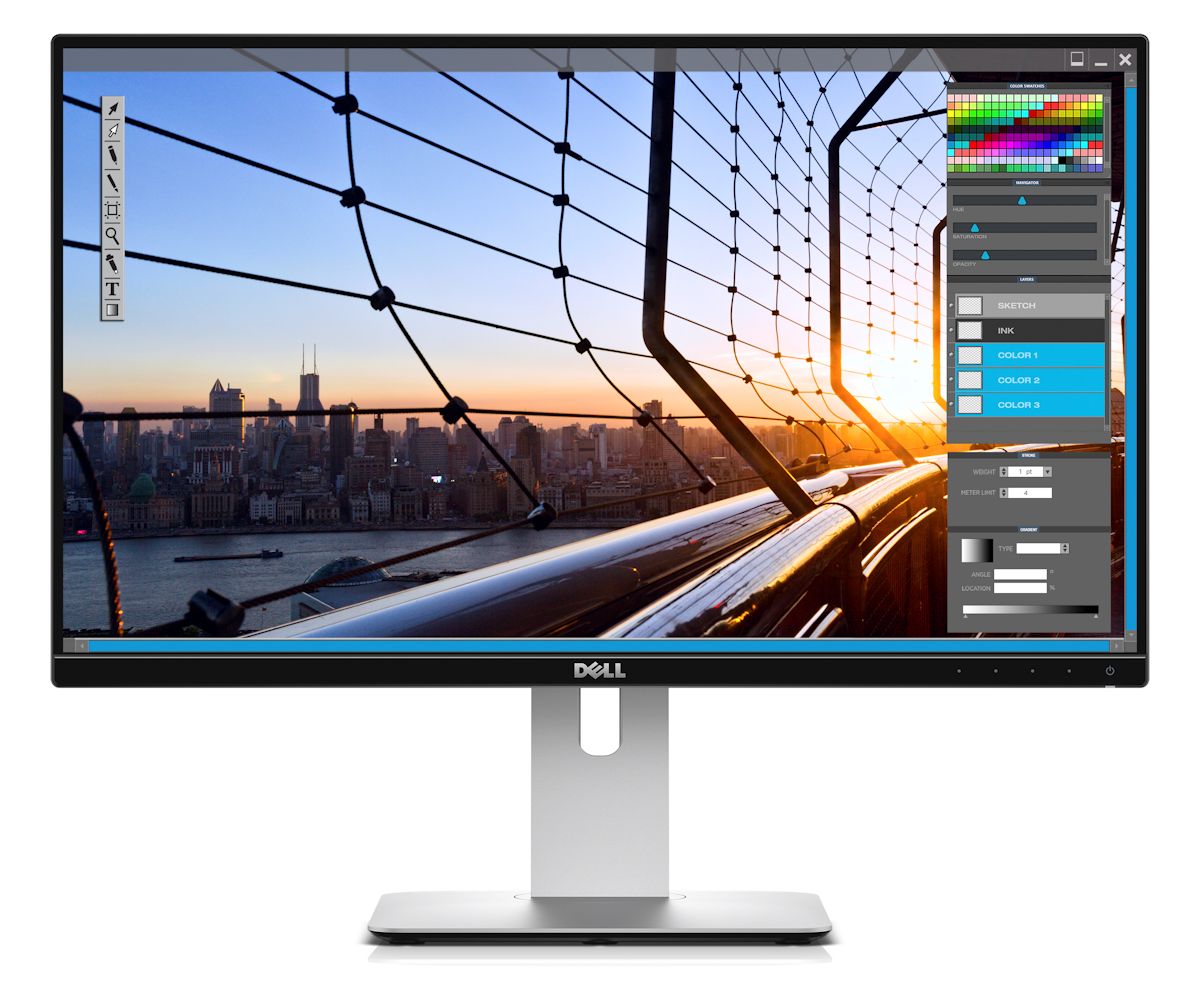 The UltraSharp lineup refresh continues with new 27” and 23.8” InfinityEdge displays.  These feature the same thin borders that we saw with the original XPS 13 a year ago.  These come in Quad HD (27”) and FullHD (23.8”) resolutions.  These are IPS based panels that feature a flexible arm design with cable management, color precision, and extensive connectivity options. 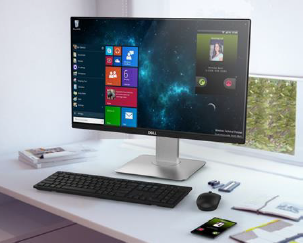 Finally we have the last two new products from Dell.  The Ultrasharp 24” and 23” Wireless monitors feature connectivity options based on 802.11AC that supports MiraCast as well as Bluetooth connectivity.  These are again IPS based displays that go to Full HD resolutions.  One added extra is that the monitor base is also a wireless recharging station that supports Qi and PMA standards.

This has been a strong showing for Dell considering that we are not into new graphics and CPU updates yet.  Their laptops continue to sell well and the company appears to be thriving after going private.  It is great to see that they are again pushing the innovation on the monitor side and I look forward to seeing these products in a testing environment. 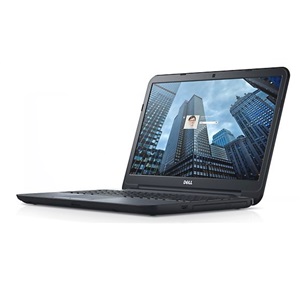