First up on the meeting block with the official opening of CES 2016 was Intel and its NUC and Compute Stick division. You should remember the Intel Compute Stick as a HDMI-enabled mini-computer in the shape of a slightly over sized USB drive. The first iteration of it was based on Bay Trail Atom processor and though we could see the benefits of such a device immediately, the follow through on the product lacked in some key areas. Performance was decent but even doing high bit rate video streaming seemed like a stretch and the Wi-Fi integration left something to be desired.

Today though Intel is announcing three new Compute Stick models. One is based on Cherry Trail, the most recent Atom processor derivative, and two using the Intel Core m processors based on the Skylake architecture.

Old Compute Stick on top, new on the bottom

The Intel STK1AW32SC uses the Cherry Trail Atom x5 processor, the x5-Z8300 quad-core CPU with a 1.44 GHz base clock and a 1.84 GHz Turbo clock. This CPU only has a 2 watt SDP so power consumption remains in line with the design we saw last year. Other specifications include an updated 802.11ac 2×2 wireless data connection (nice!), 32GB of internal eMMC storage, 2GB of DDR3-1600 memory and Bluetooth 4.0 support. Intel claims this configuration will offer about 2x the graphics performance of the previous model though CPU changes will be less noticeable. Still, we should see much improved 1080p streaming video performance without the dropped frames that were a problem last generation. 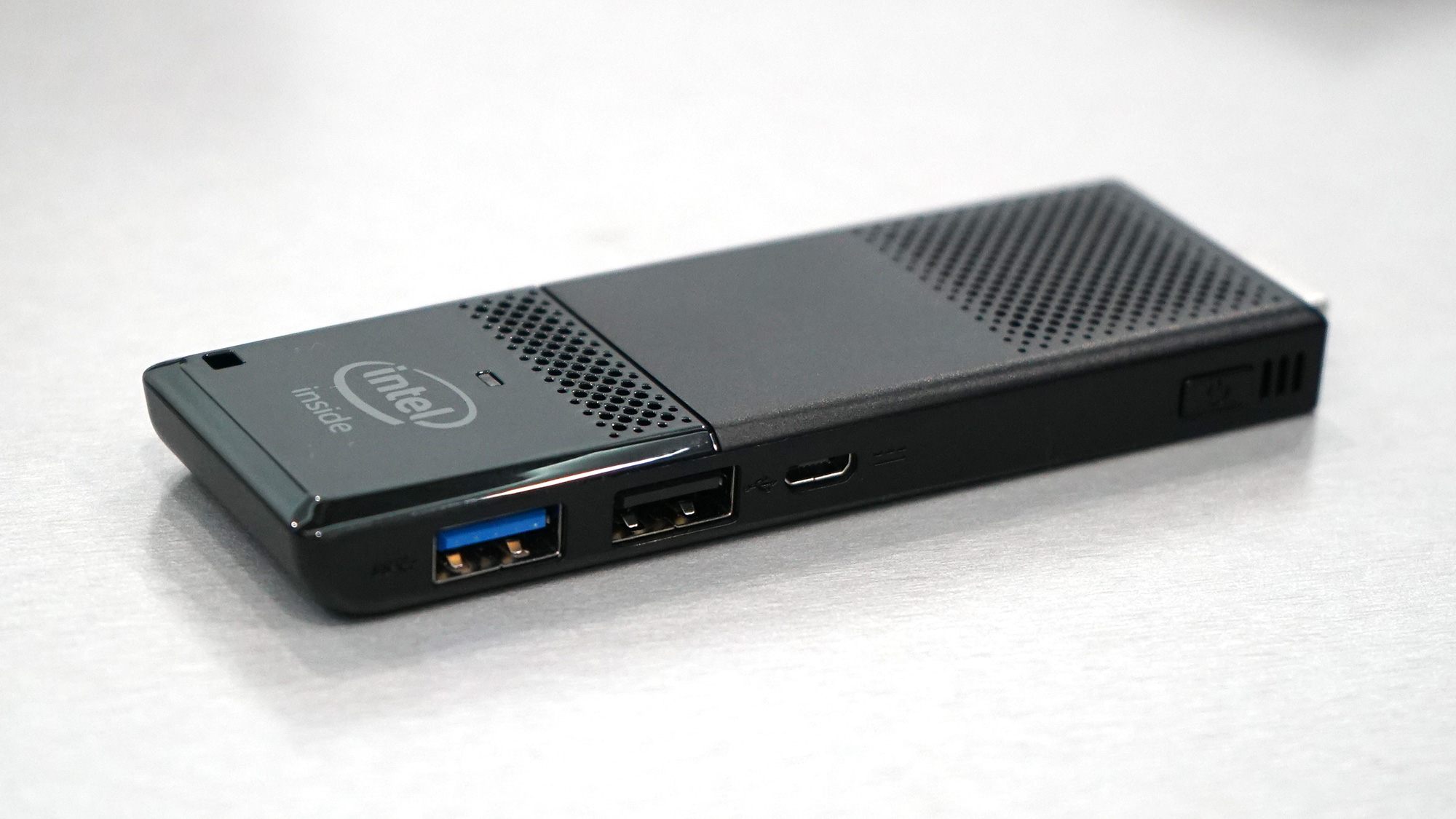 For connectivity, Intel has moved from a single USB port to a pair, one USB 3.0 and one USB 2.0. There is still a requirement for external power via the micro USB port on the side.

The design is definitely more refined and feels higher quality than the original Compute Stick concept. This model is shipping today and should have an MSRP of $159 on the market.

More interesting are the pair of new Core-based Compute Sticks. There are two different models, one with a Core m3-6Y30 and another with a Core m5-6Y57 and vPro support. These devices get a nice bump to 64GB of internal eMMC storage, which Intel promises has better performance to take advantage of the USB 3.0 ports, along with 4GB of DDR3-1833 memory to keep things running smoothly. 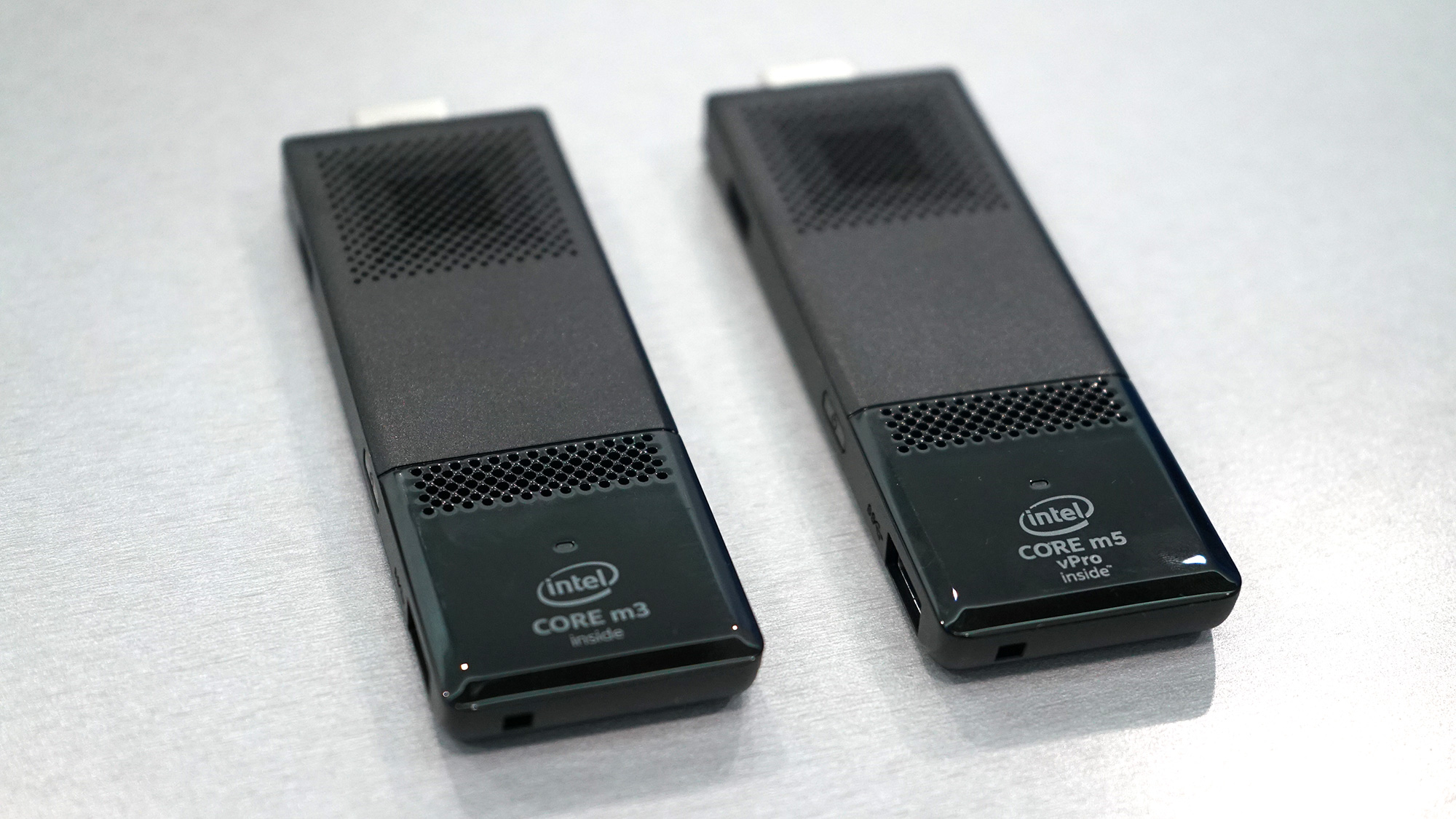 The processor differences are noteworthy here – the Core m5-6Y57 has a sizeable advantage in peak boost clock, hitting 2.8 GHz versus only 2.2 GHz on the Core m3-6Y30. Base clocks are 1.1 GHz and 900 MHz, respectively, so I am curious how much time these devices will spend in the higher clocked modes in this form factor. As with the original Compute Stick, all three of the new models include an active fan cooling system. 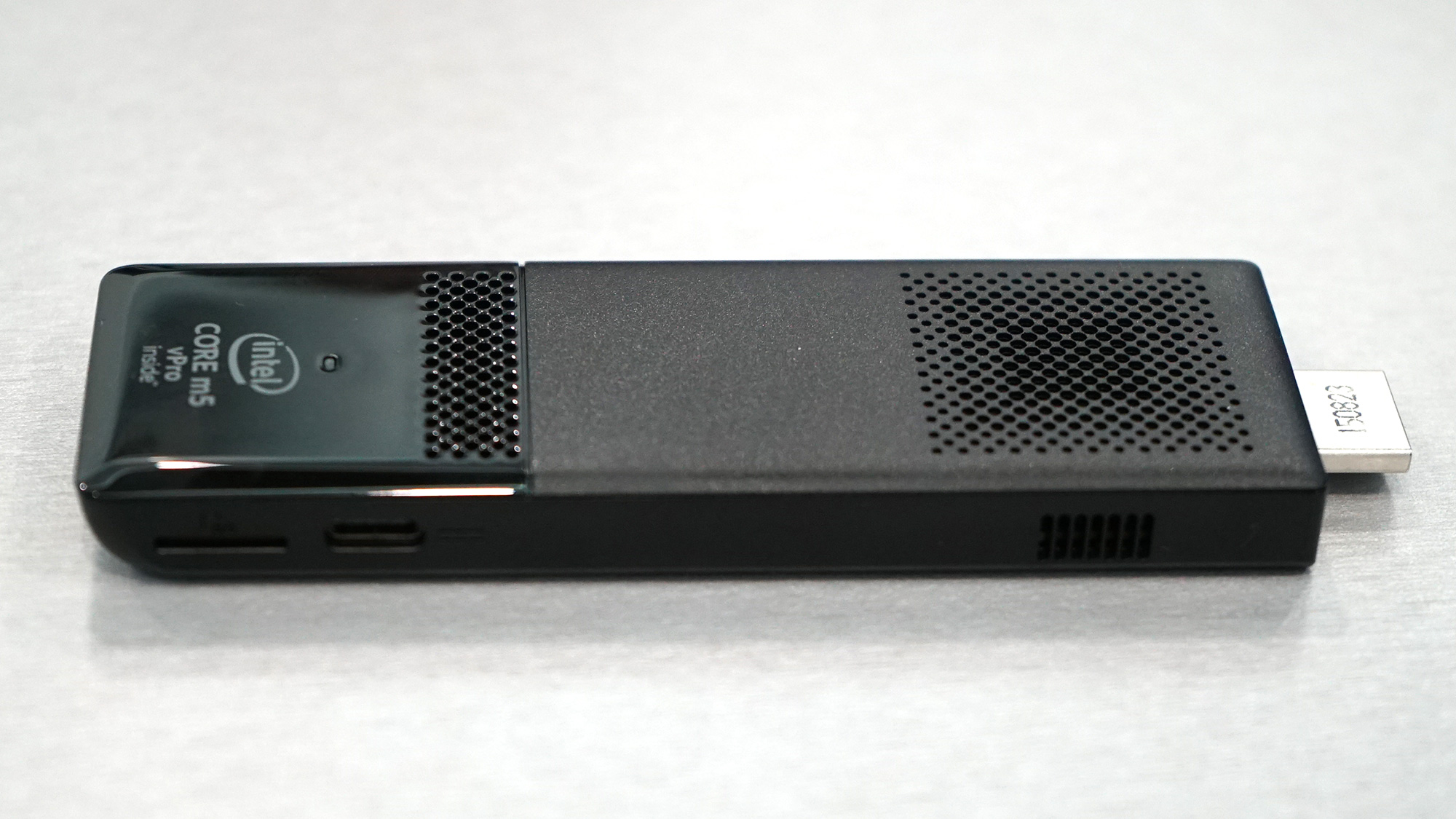 The build quality on the Core variants of the Compute Stick are very similar to the Atom Cherry Trail model, though with a couple of unique changes to the I/O. On the device itself you have just a single USB 3.0 port and a single USB 3.0 Type-C connection used for both power and data. 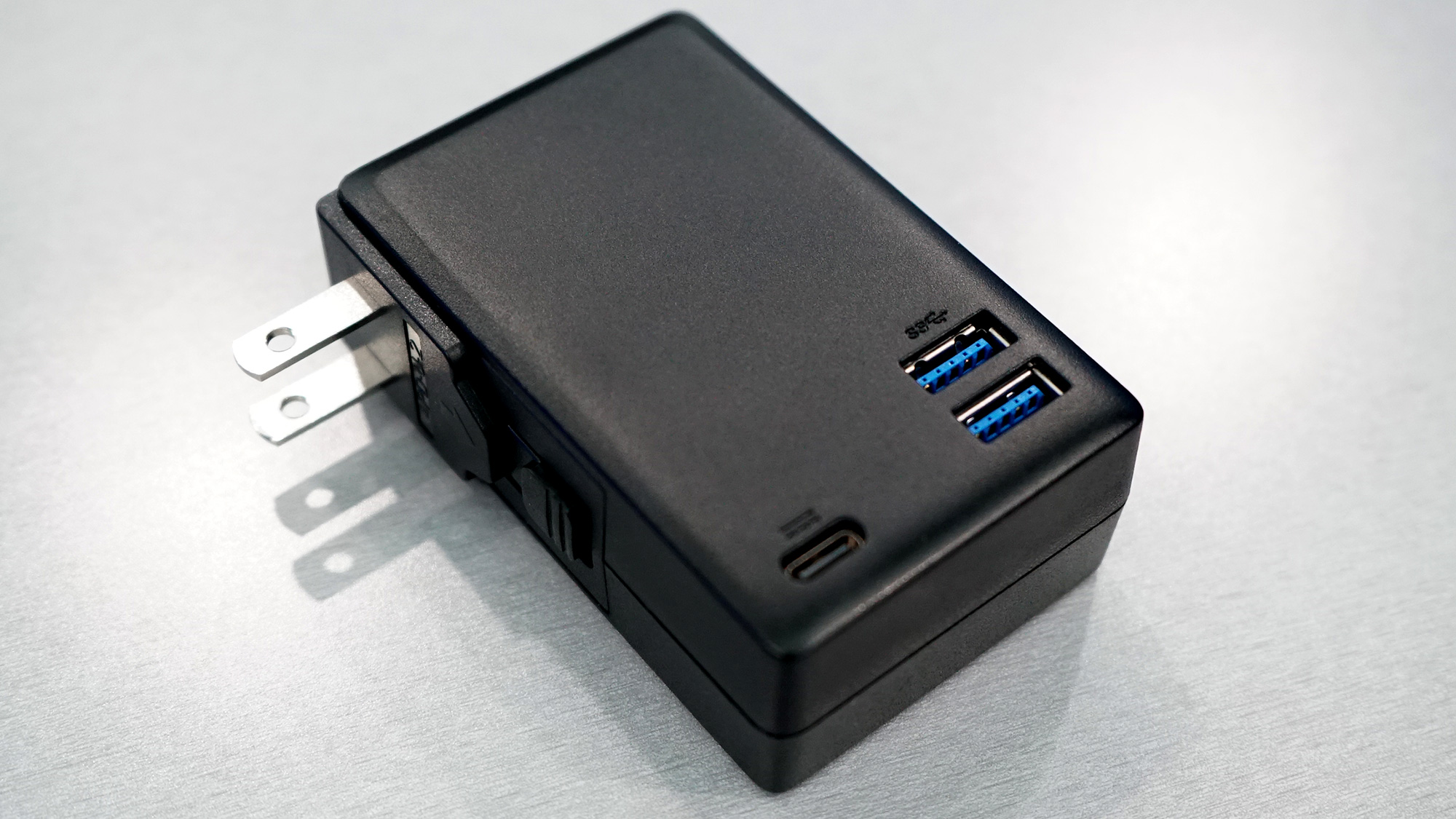 On the wall power connector though, Intel has smartly integrated a USB 3.0 hub, giving us two more USB ports available at the wall, moving data to the Compute Stick itself through the Type-C cable. It’s really neat design idea and I can easily see this moving toward more connectivity on the power device in the future – maybe additional displays, audio outputs, etc.

We have a Cherry Trail Compute Stick in our hands already for testing but I am very curious to see how both the Core m3 and Core m5 version of the device improve on it with performance and usability. It’s very possible that these 4.5 watt parts are going to be more than enough for a large portion of the market, making truly headless computing a viable solution for most workloads. 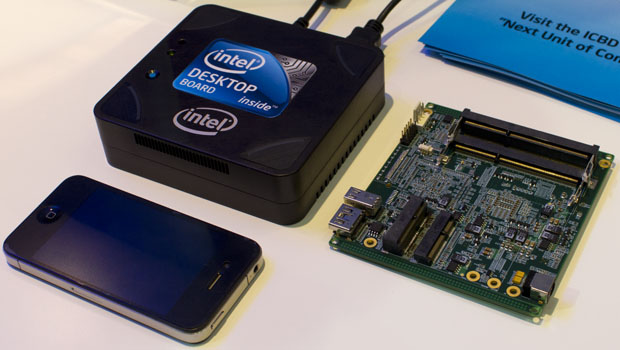 Turning memory into a multilayer cake