These are all the final batches of products before AMD introduces the AM4 generation of parts.  In preparation for those parts, AMD is also lowering prices over a wide range of products. 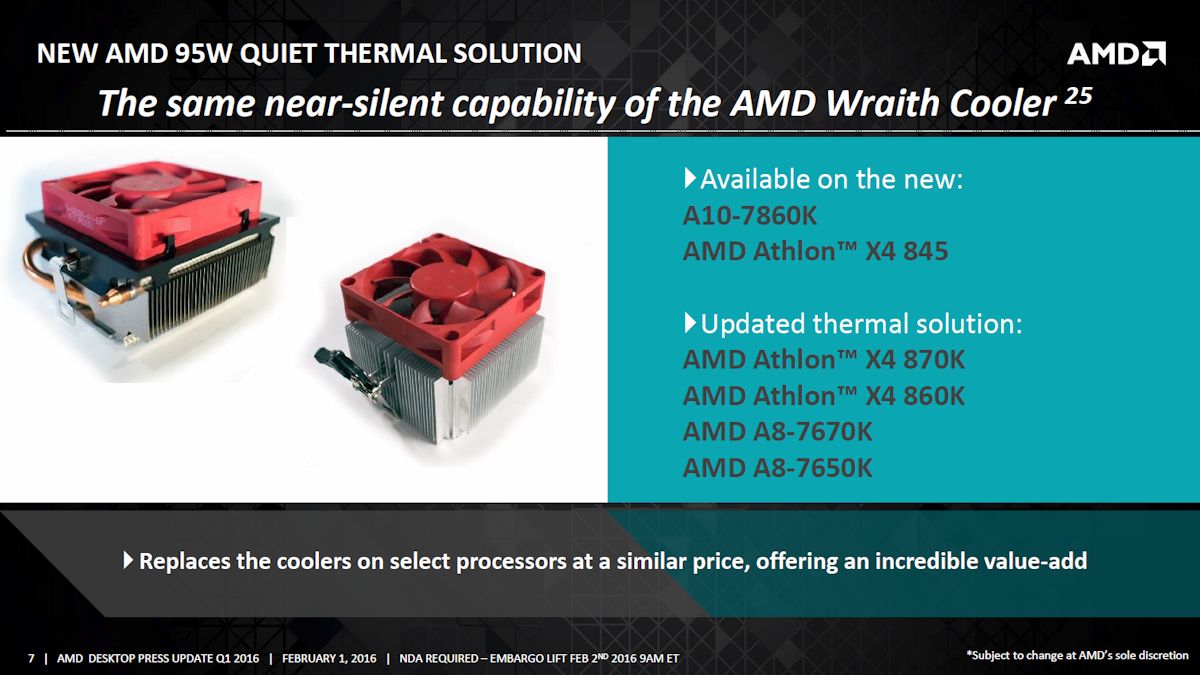 While AMD has not announced the 7470K price, it is going to be inexpensive.  The most interesting product here is the X4 845 that comes in at only $69.99.  That will be an interesting product to test out and see it performs in regards to IPC and TDP. 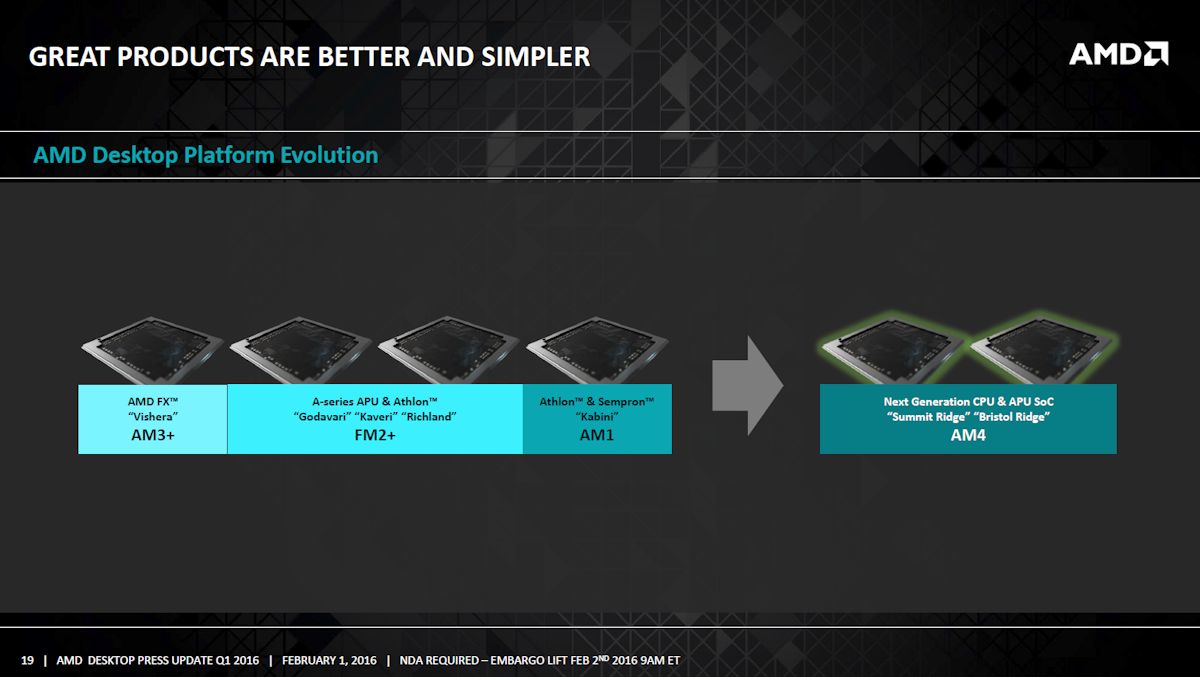 AMD has certainly not thrown in the towel and admitted defeat.  They are pushing their platforms forward with new offerings that add value to consumers’ dollars.  Certainly we are all waiting for Zen to show, but, until then, AMD continues to reinforce their lineups with new offerings.  They have a solid stable of CPUs and APUs for consumers at competitive price points.  Their motherboard offerings in both AM3+ and FM2+ are fully featured and priced to sell. 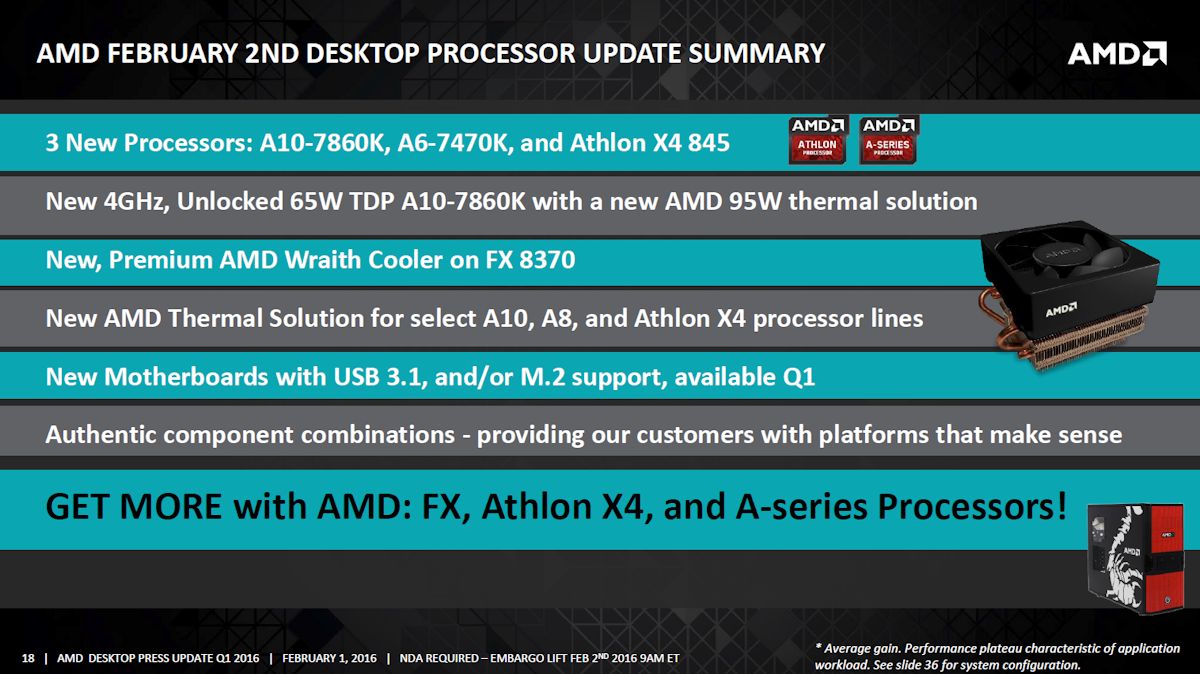 AMD is doing their best to leverage the products they have currently to allow themselves the revenue to develop the products to be released in the future.  While we may be impatient for the next big thing, AMD continues to move forward with competitive parts that add value to the marketplace.  These new offerings may not be as exciting as parts we have seen in the past, but they are important for AMD’s continued survival.  These parts offer consumers and OEMs options, as well as the price cuts to current offerings that make them more competitive against the latest products from Intel.  AMD continues to keep punching, but we can only hope that they will land some solids later this year that will help to improve their position in the marketplace.