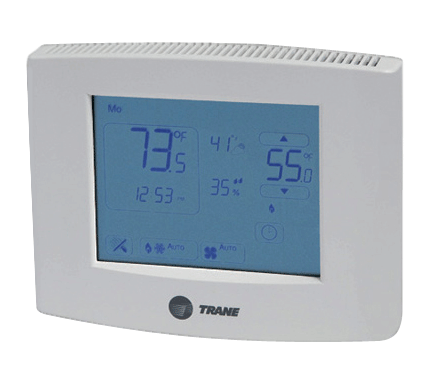 It is not a good sign when a security team refers to your smart thermostat as "a little malware store", especially when the flaws have been known for some time.  Indeed the original issue of hardcoded SSH passwords has been known since 2014 and the update took a year to be created.  Unfortunately most owners of a Trane Thermostat will not have upgraded their firmware, even if they knew about the update as it is not something which was installed remotely.  Instead you need to download the new firmware onto an SD card and manually install it on the thermostat.  Last month another update was released to address a remote code execution vulnerability in the ComfortLink II, which was not generally known until The Register posted about it today.  If you are using this device you should get an SD card handy and download the firmware.

"In April 2015, one year after the first alert, Trane fixed the hardcoded password issue with a new release of the ComfortLink's firmware. Cisco then tipped off US CERT about the remaining issues. Trane eventually addressed the flaws in its code in January 2016, but didn't tell its customers that new firmware is available."