Update: Venn continued to benchmark and came across a few extra discoveries. For example, he disabled VDPAU and jumped to 89.6 FPS in OpenGL and 80.6 FPS in Vulkan. Basically, be sure to read the whole thread. It might be updated further even. Original post below (unless otherwise stated).

On Windows, the Vulkan patch of The Talos Principle leads to a net loss in performance, relative to DirectX 11. This is to be expected when a developer like Croteam optimizes their game for existing APIs, and tries to port all that work to a new, very different standard, with a single developer and three months of work. They explicitly state, multiple times, not to expect good performance.

On Linux, Venn Stone of LinuxGameCast found different results. With everything maxed out at 1080p, his OpenGL benchmark reports 38.2 FPS, while his Vulkan raises this to an average of 66.5 FPS. Granted, this was with an eight-core AMD FX-8150, which launched with the Bulldozer architecture back in 2011. It did not have the fastest single-threaded performance, falling behind even AMD's own Phenom II parts before it in that regard.

Still, this is a scenario that allowed the game to scale to Bulldozer's multiple cores and circumvent a lot of the driver overhead in OpenGL. It resulted in a 75% increase in performance, at least for people who pair a GeForce 980 Ti ((Update: The Ti was a typo. Venn uses a standard GeForce GTX 980.)) with an eight-core, Bulldozer CPU from 2011. 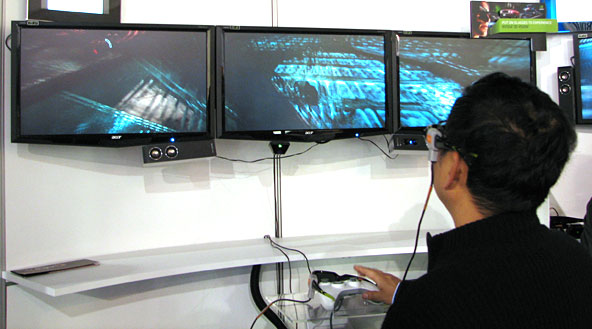