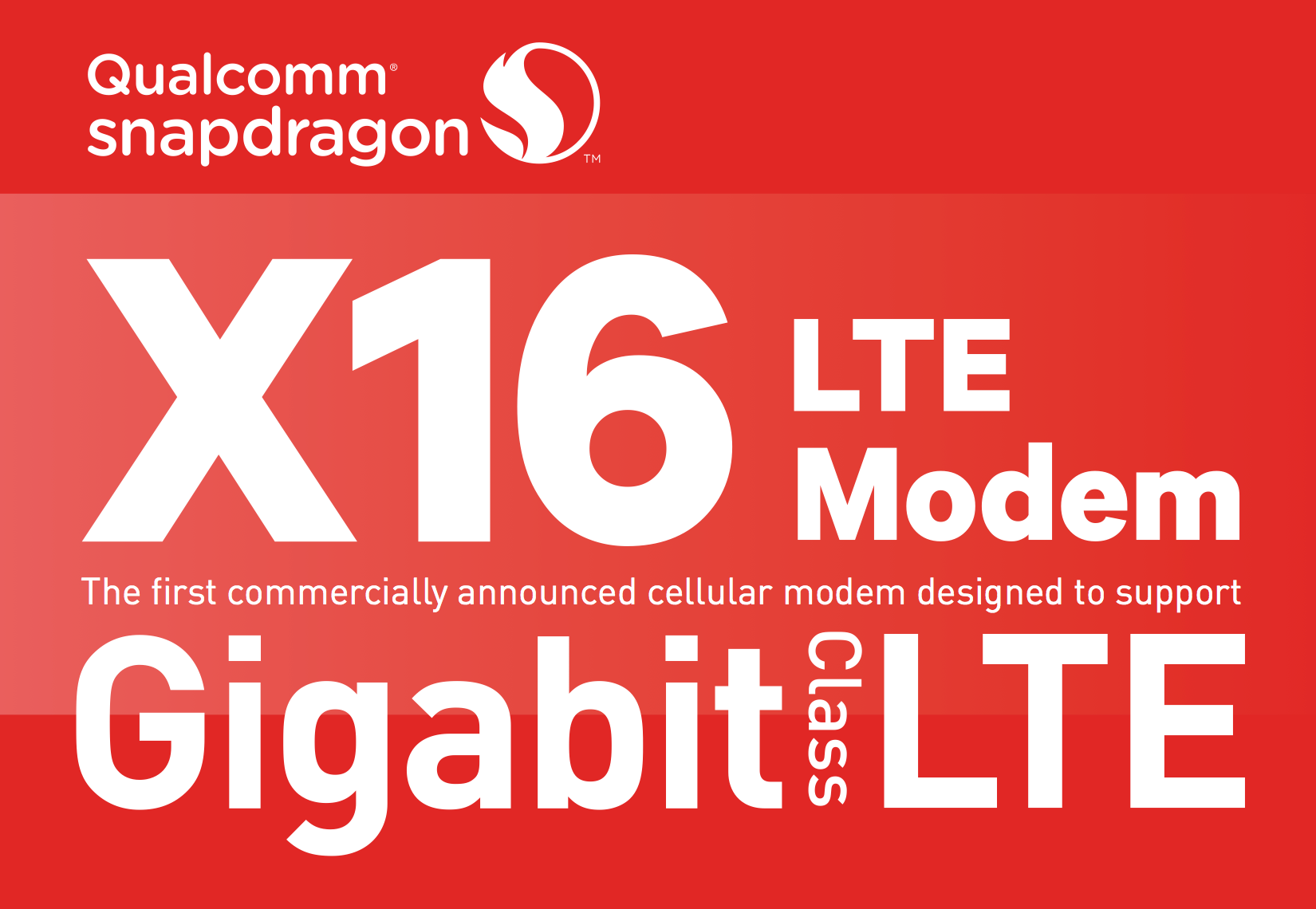 Qualcomm’s new X16 LTE Modem is the industry's first Gigabit LTE chipset to be announced, achieving speeds of up to 1 Gbps using 4x Carrier Aggregation. The X16 succeeds the recently announced X12 modem, improving on the X12's 3x Carrier Aggregation and moving from LTE CAT 12 to CAT 16 on the downlink, while retaining CAT 13 on the uplink.

"In order to make a Gigabit Class LTE modem a reality, Qualcomm added a suite of enhancements – built on a foundation of commercially-proven Carrier Aggregation technology. The Snapdragon X16 LTE modem employs sophisticated digital signal processing to pack more bits per transmission with 256-QAM, receives data on four antennas through 4×4 MIMO, and supports for up to 4x Carrier Aggregation — all of which come together to achieve unprecedented download speeds."

Gigabit speeds are only possible if multiple data streams are connected to the device simultaneously, and with the new X16 modem such aggregation is performed using LTE-U and LAA. 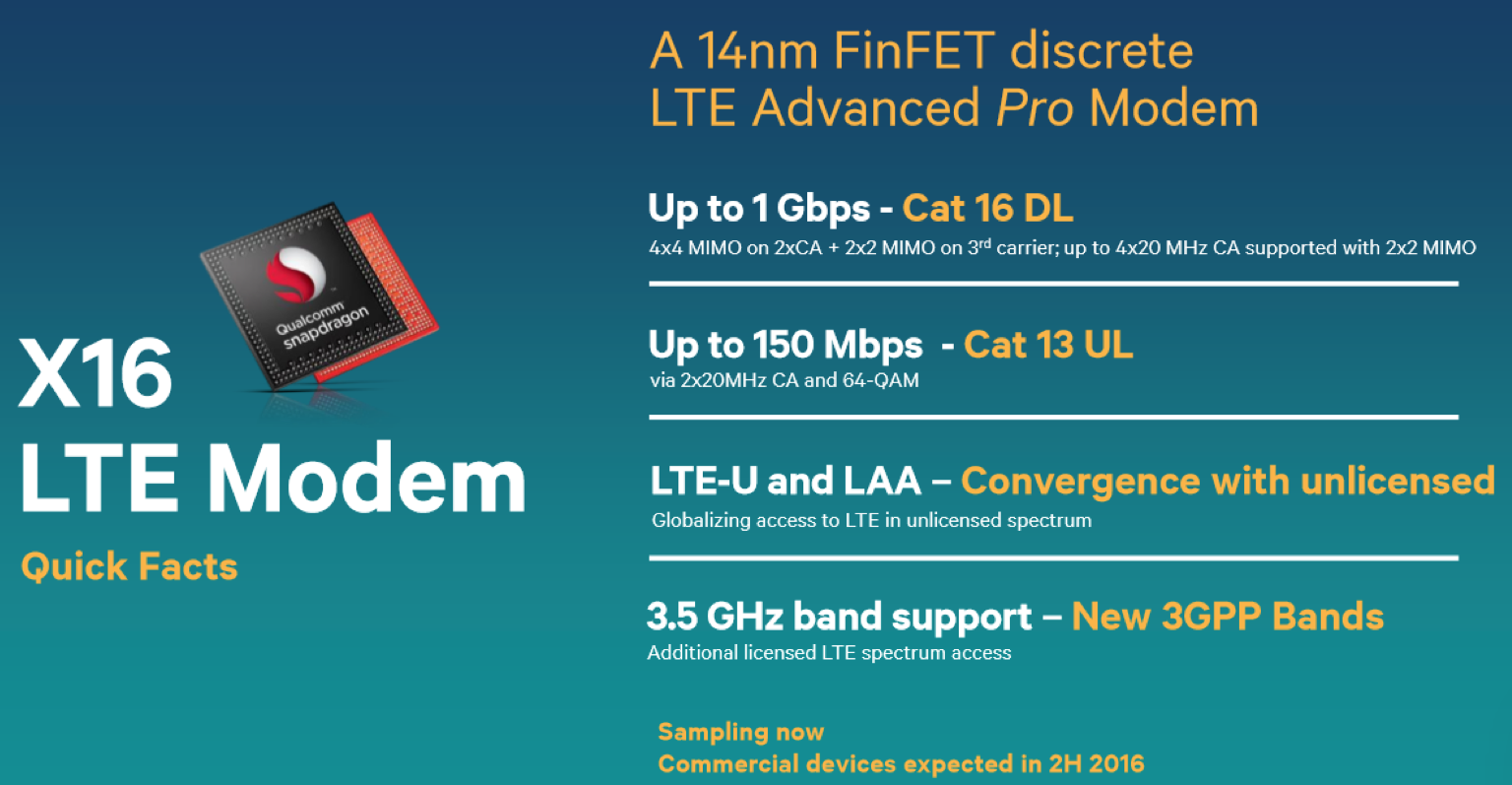 What does all of this mean? Aggregation is a term you'll see a lot as we progress into the next generation of cellular data technology, and with the X16 Qualcomm is emphasizing carrier over link aggregation. Essentially Carrier Aggregation works by combining the carrier LTE data signal (licensed, high transmit power) with a shorter-range, shared spectrum (unlicensed, low transmit power) LTE signal. When the signals are combined at the device (i.e. your smartphone), significantly better throughput is possible with this larger (aggregated) data ‘pipe’. 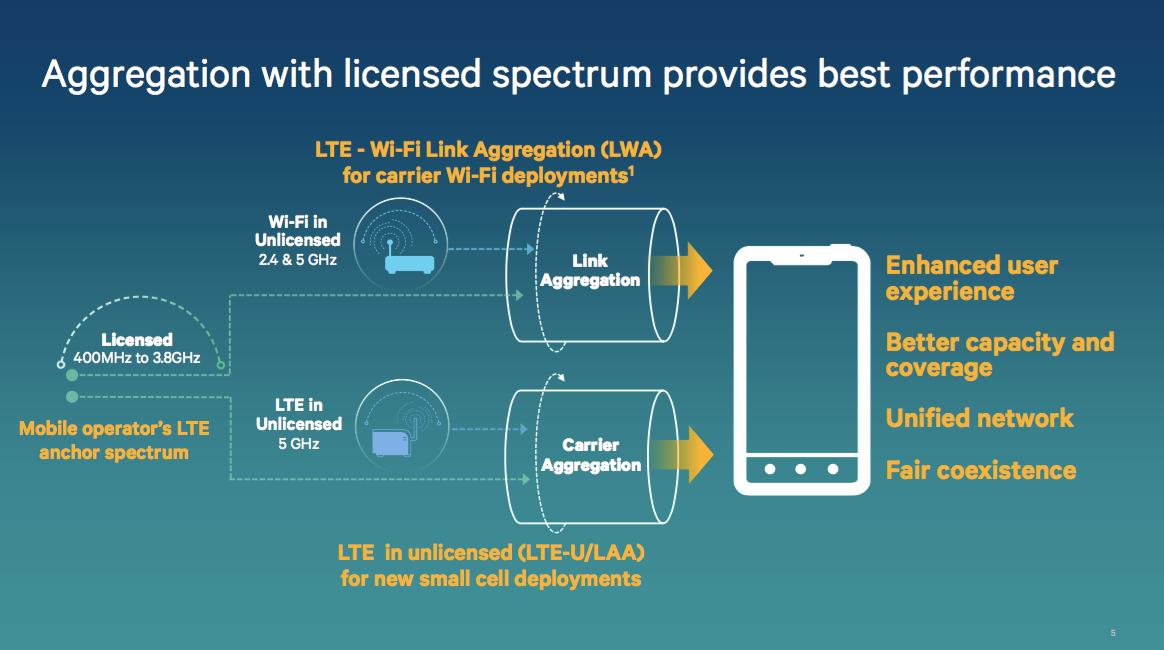 The X16 is also Qualcomm’s first modem to be built on 14nm FinFet process, which Qualcomm says is highly scalable and will enable the company to evolve the modem product line “to address an even wider range of product, all the way down to power-efficient connectivity for IoT devices.”

Qualcomm has already begun sampling the X16, and expects the first commercial products in the second half of 2016. 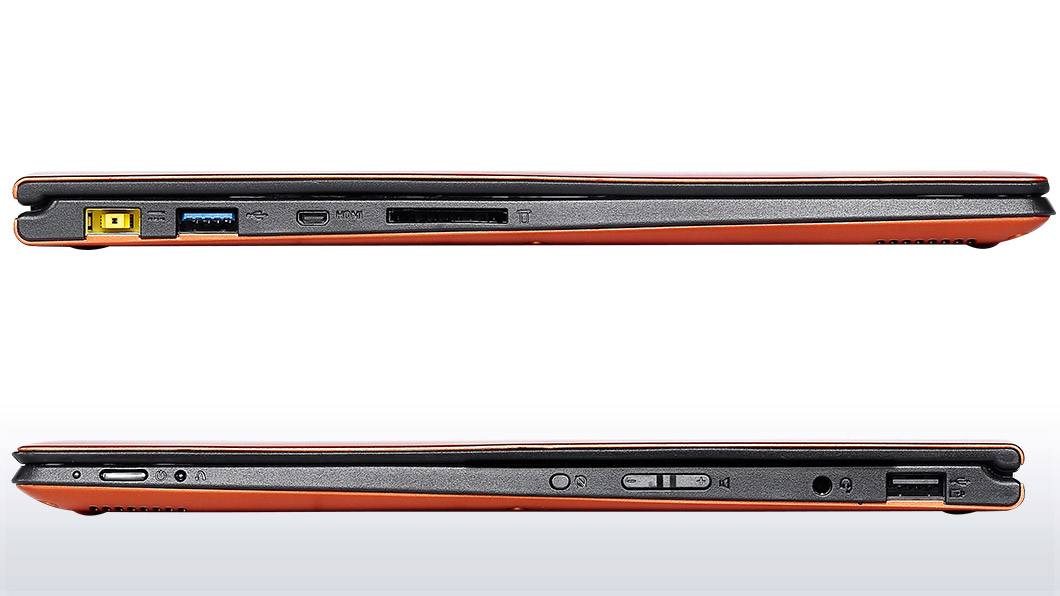