Before the breakdown, here's a look at the rear: 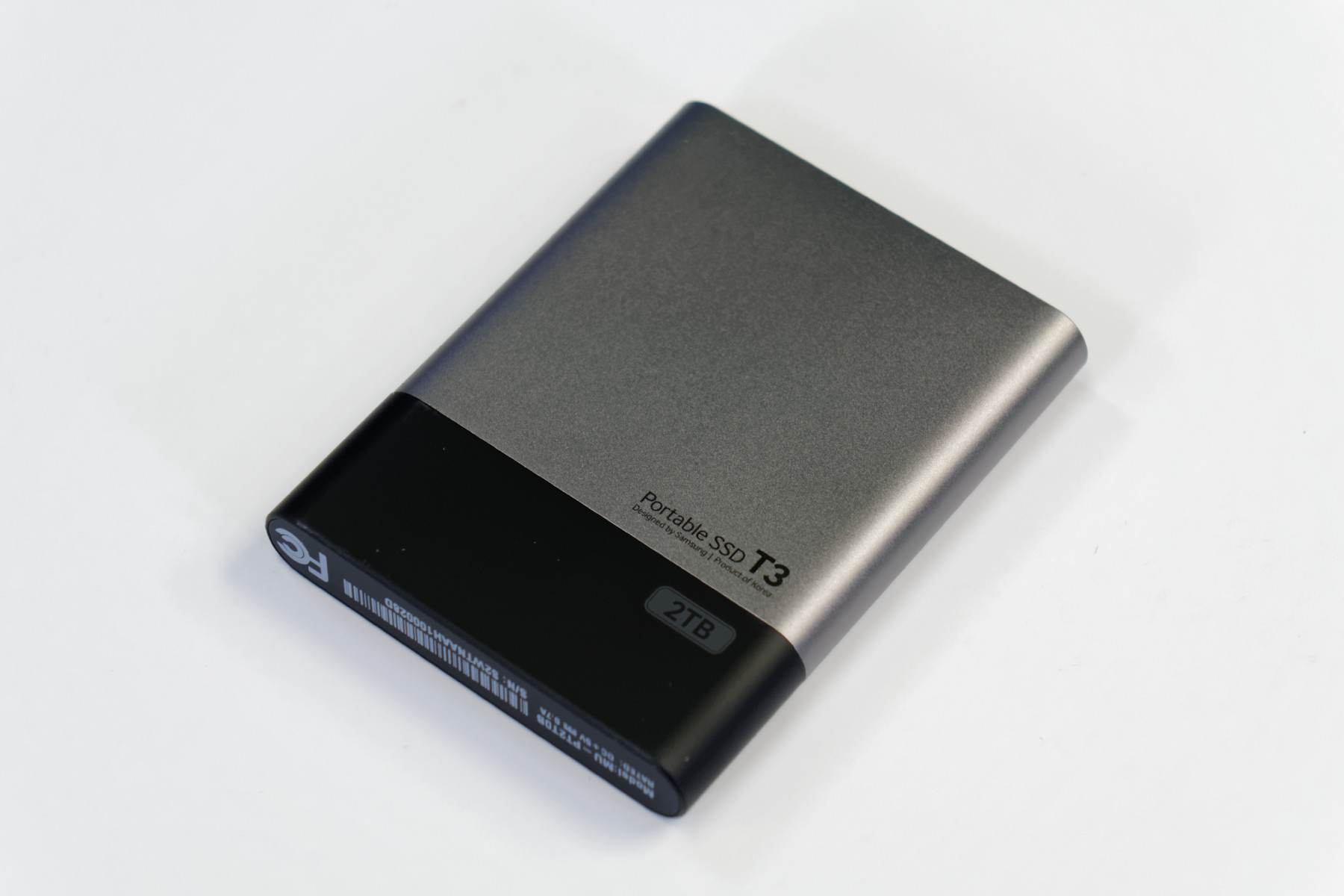 …and a few comparisons between the T3 and the T1: 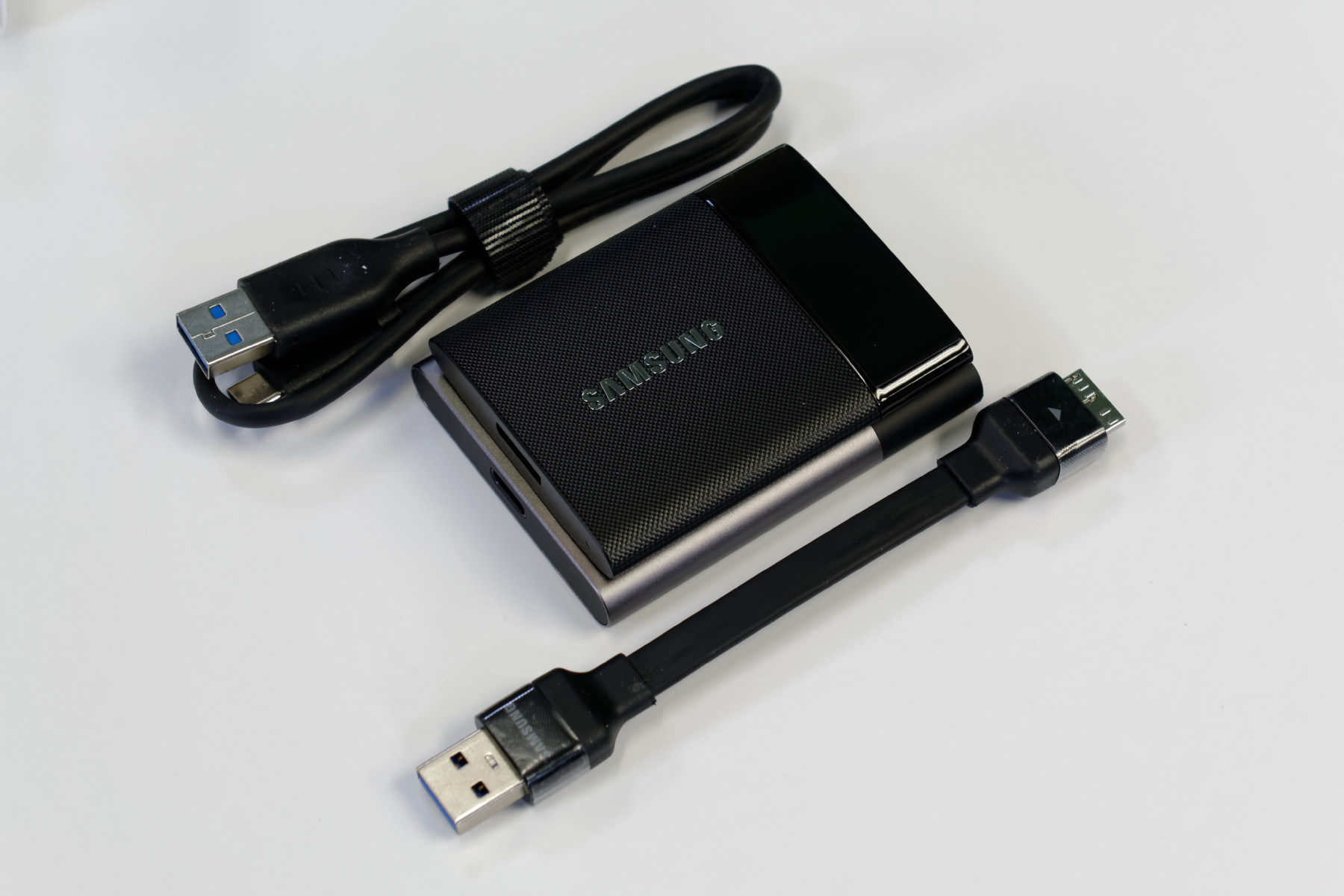 Note that the T3 has a slightly larger footprint and comes with a longer cable (reportedly a repeated request by consumers). I kind of liked the T1's short and flat cable, but some felt it kept the T1 too close to a laptop and caused it to get in the way and/or flop around. While it worked just fine on a flat surface, things got tricker plugging the T1 into the back of a desktop PC. 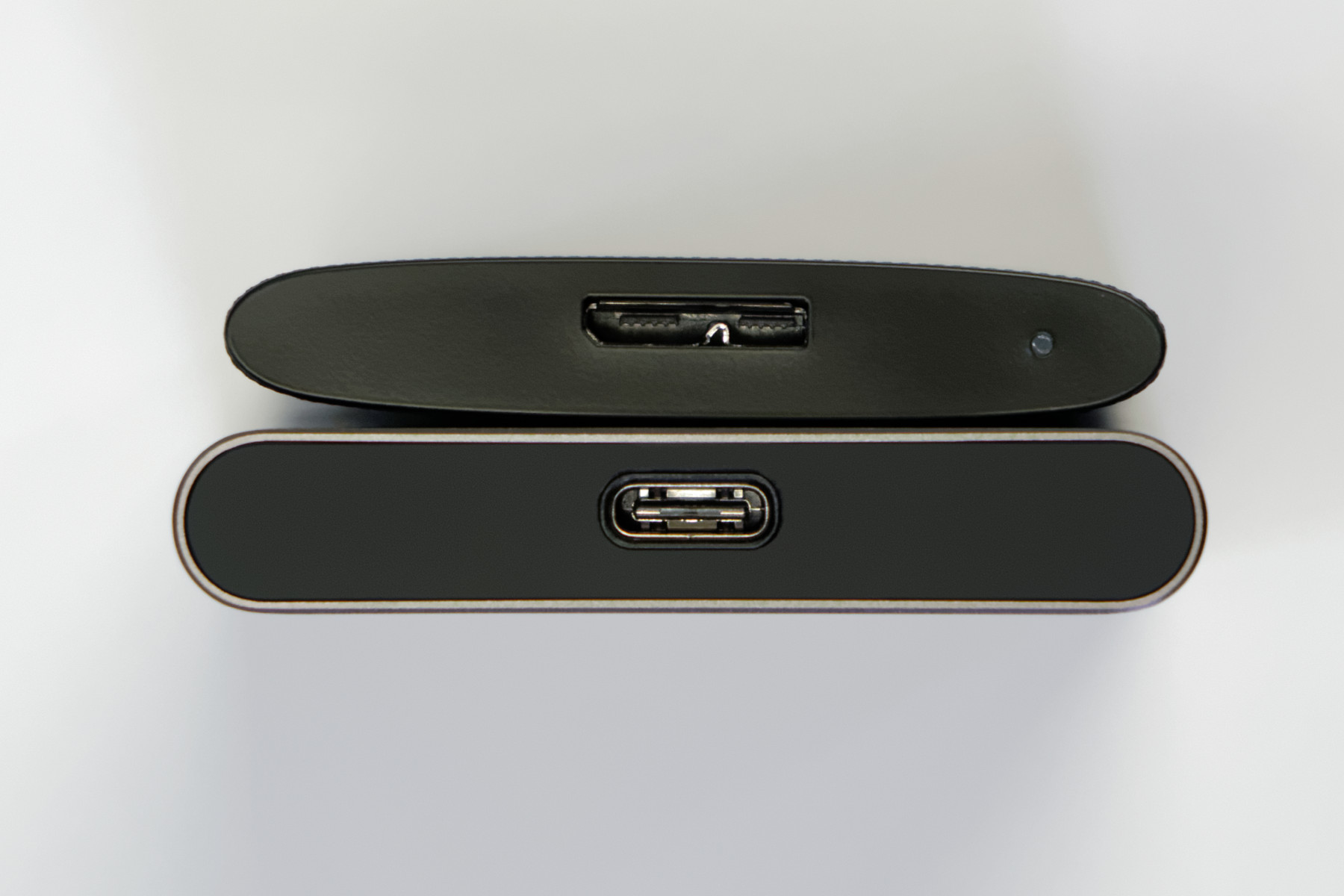 Here is an edge profile shot comparing the relative thicknesses of these to devices. We can also see here that the T3 uses a USB Type-C, unlike the T1, which used micro-B. 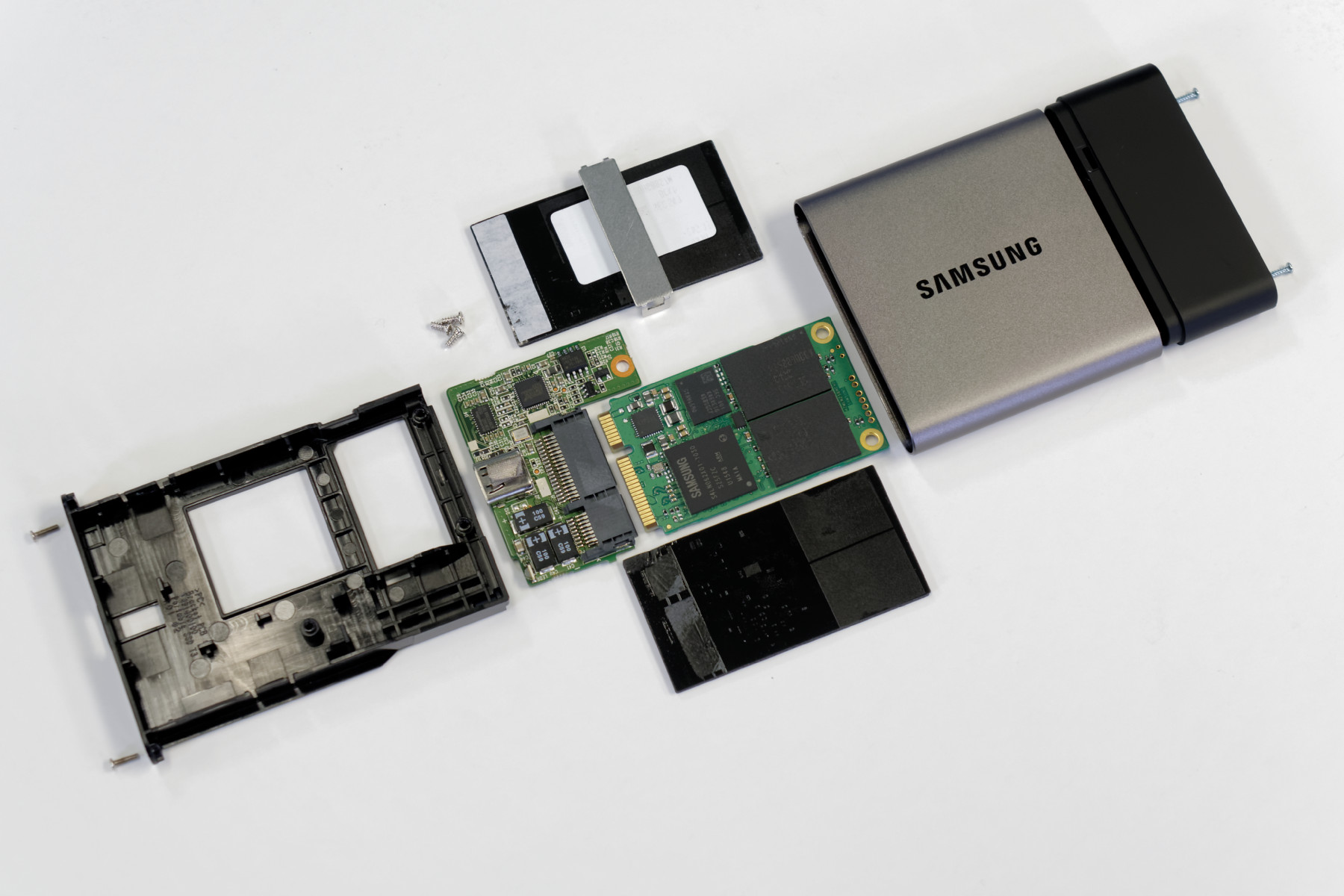 Finally, here is the T3 in all of its exploded glory. The construction feels more solid than the T1 thanks to a metal housing and durable plastics being used here. 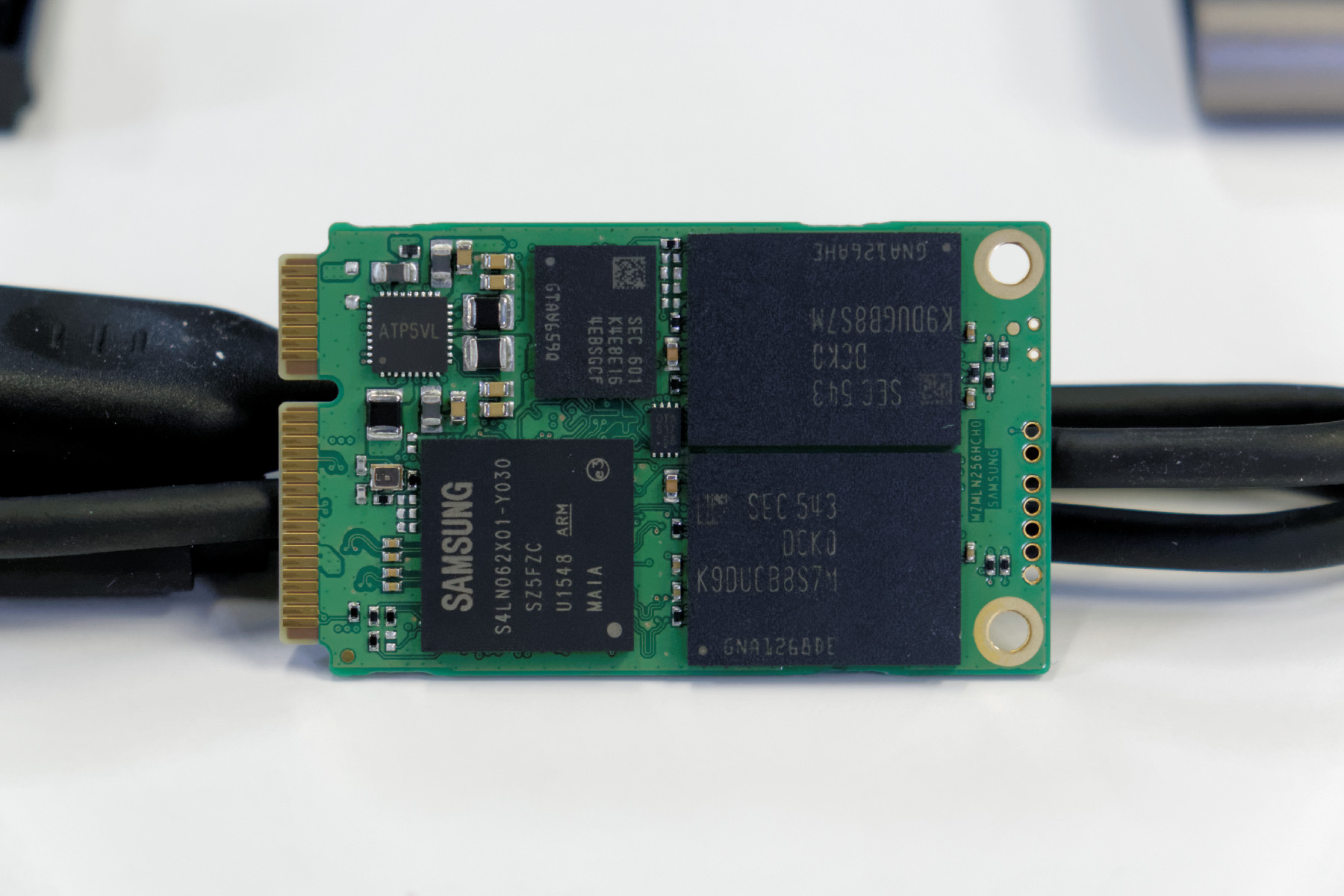 Just like the T1, the business end of the T3 is nothing more than an mSATA version of the 850 EVO. One exception is that the MGX/MEX controller (varies by capacity) is flashed with a modified firmware that more easily enables password-based full drive AES-256 encryption. These are new generation EVO units, employing 48-layer V-NAND. 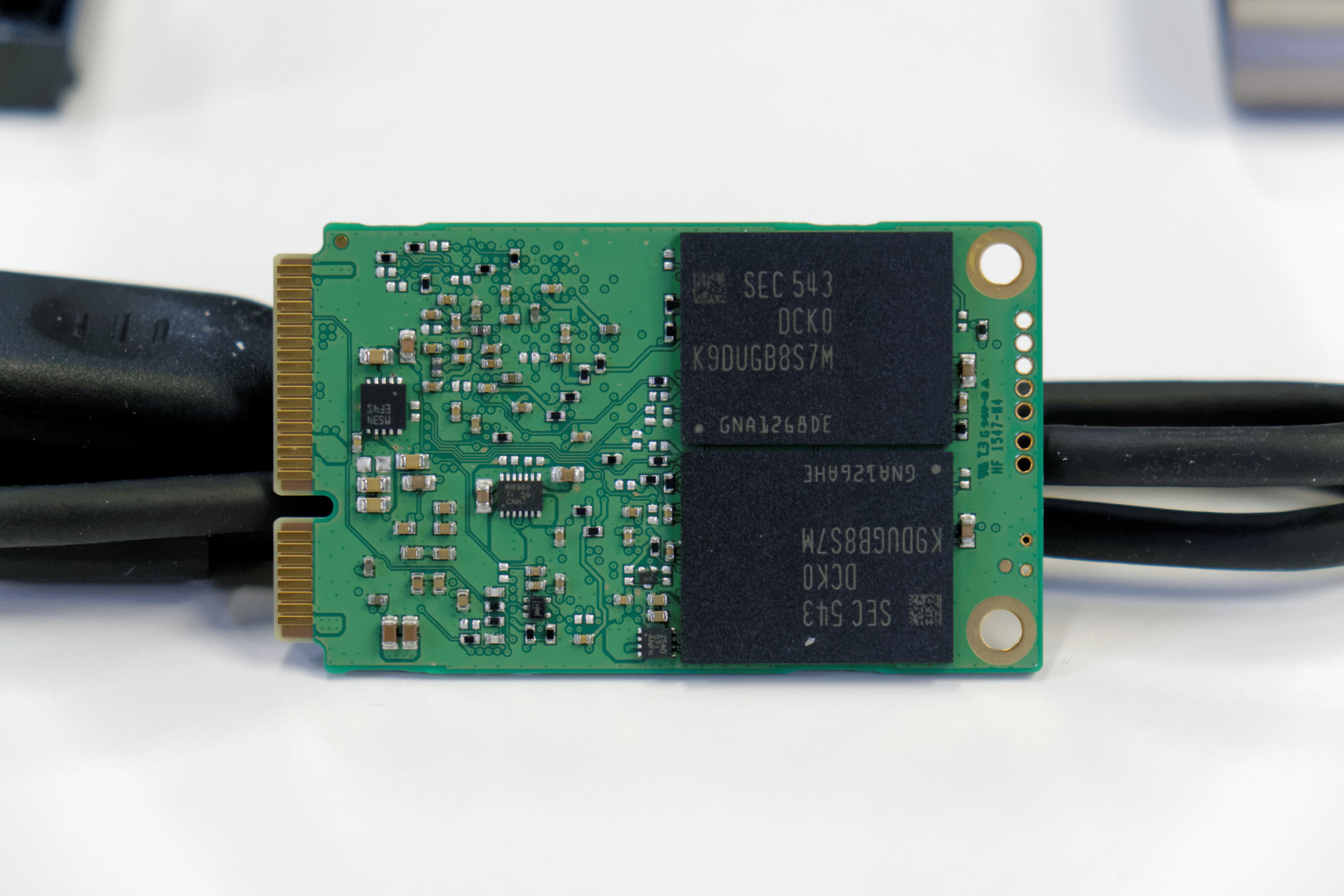 At the rear we have two more flash chips. Amazing that 2TB can be accomplished with only four flash packages. The chip markings correspond to a 16-die TLC 48-layer V-NAND stack, meaning 4096Gbit (512GB) per package. 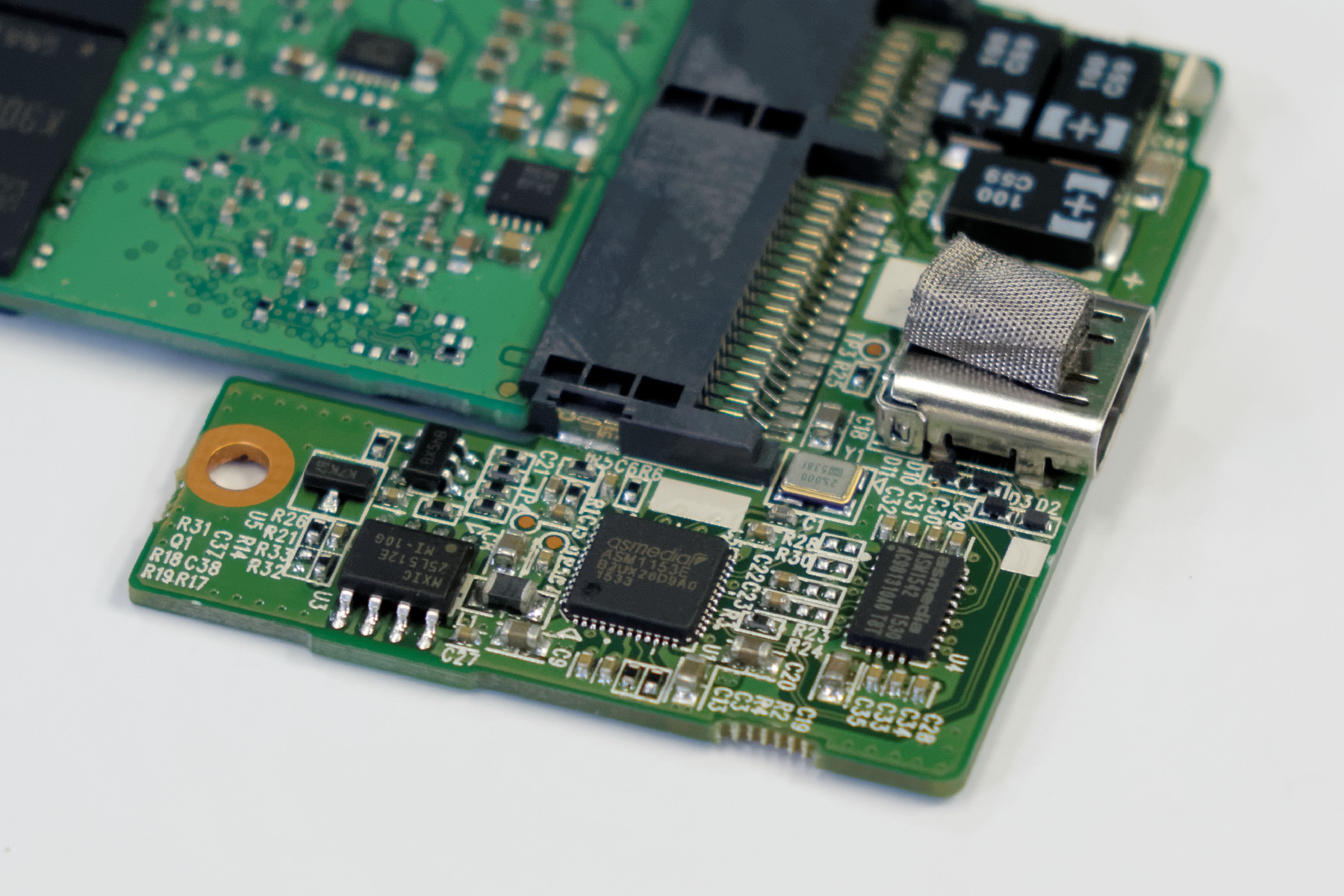 Before we move on, here is the ASMedia ASM1153E, which is technically a USB 3.0 part, but USB 3.0 has since been effectively renamed to USB 3.1 Gen 1, which carries the same 5Gbps throughput.

The software here is nearly identical to that which came as part of the T1, with a few differences:

Having the app on both sides of the encryption is a good thing. It does function as standalone, and also installs itself onto any system it has been run on, but there were some cases where you could end up without the ability to get to the app with the T1, specifically if you removed the passcode, which would keep the drive in the unlocked state, and since the T1 only came with the app on the partition seen in the locked state, connecting it to a new system (without the app previously run) would mean there was no way to get the drive locked again. Fortunately Samsung remedied this possibility with a download of the activator, but its better to just avoid the issue by having the activator on both sides, as the T3 does in its shipped state.

Those out-of-box configuration features aside, the app itself is similar to that of the T1…

…but the T3 also includes an Android version of the enabler / unlocker app. Yes that's right, the T3 is on-the-go capable (but you will need to find a suitable cable).

Here's a quick look at what the interface looks like: 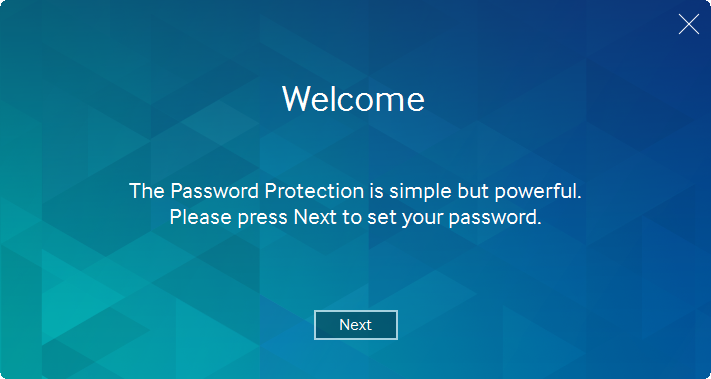 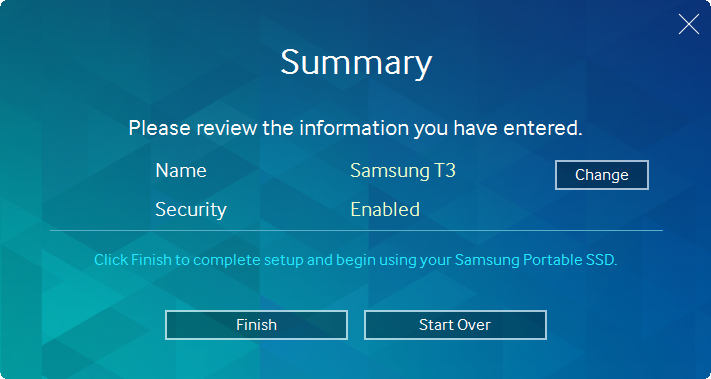 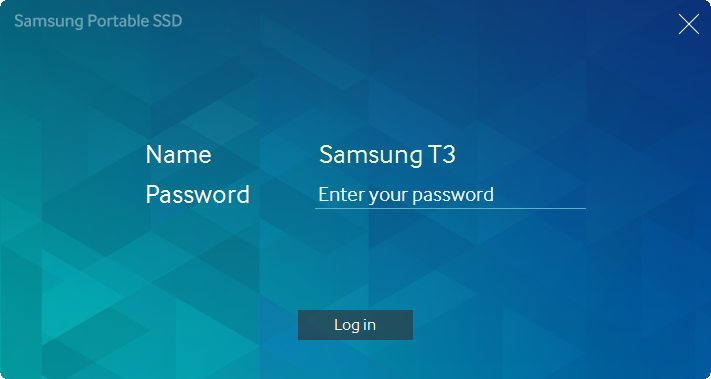 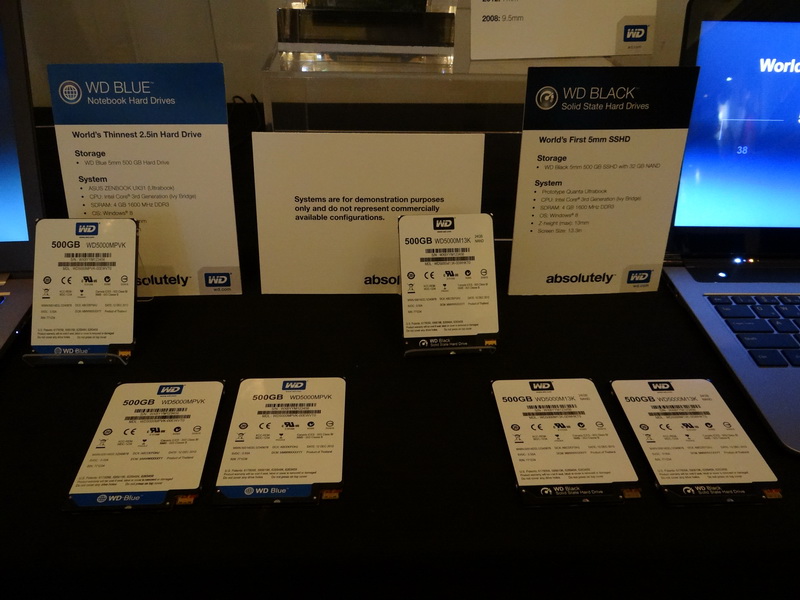