IOSP and GB/s does *not* tell the whole story!

NVMe was a great thing to happen to SSDs. The per-IO reduction in latency and CPU overhead was more than welcome, as PCIe SSDs were previously using the antiquated AHCI protocol, which was a carryover from the SATA HDD days. With NVMe came additional required support in Operating Systems and UEFI BIOS implementations. We did some crazy experiments with arrays of these new devices, but we were initially limited by the lack of native hardware-level RAID support to tie multiple PCIe devices together. The launch of the Z170 chipset saw a remedy to this, by including the ability to tie as many as three PCIe SSDs behind a chipset-configured array. The recent C600 server chipset also saw the addition of RSTe capability, expanding this functionality to enterprise devices like the Intel SSD P3608, which was actually a pair of SSDs on a single PCB.

Most Z170 motherboards have come with one or two M.2 slots, meaning that enthusiasts wanting to employ the 3x PCIe RAID made possible by this new chipset would have to get creative with the use of interposer / adapter boards (or use a combination of PCI and U.2 connected Intel SSD 750s). With the Samsung 950 Pro available, as well as the slew of other M.2 SSDs we saw at CES 2016, it’s safe to say that U.2 is going to push back into the enterprise sector, leaving M.2 as the choice for consumer motherboards moving forward. It was therefore only a matter of time before a triple-M.2 motherboard was launched, and that just recently happened – Behold the Gigabyte Z170X-SOC Force! 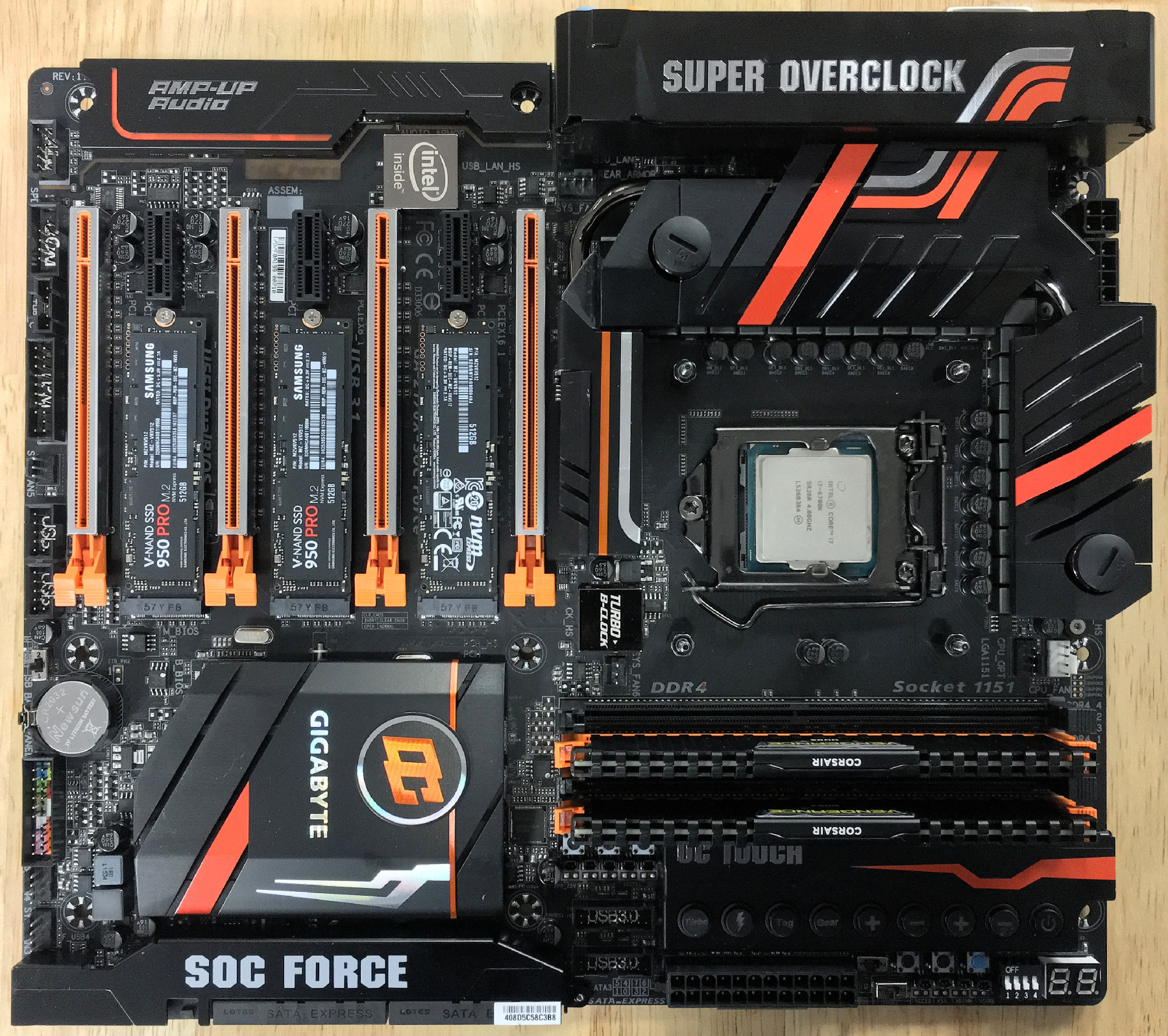 This new motherboard sits at the high end of Gigabyte’s lineup, with a water-capable VRM cooler and other premium features. We will be passing this board onto Morry for a full review, but this piece will be focusing on one section in particular:

I have to hand it to Gigabyte for this functional and elegant design choice. The space between the required four full length PCIe slots makes it look like it was chosen to fit M.2 SSDs in-between them. I should also note that it would be possible to use three U.2 adapters linked to three U.2 Intel SSD 750s, but native M.2 devices makes for a significantly more compact and consumer friendly package. 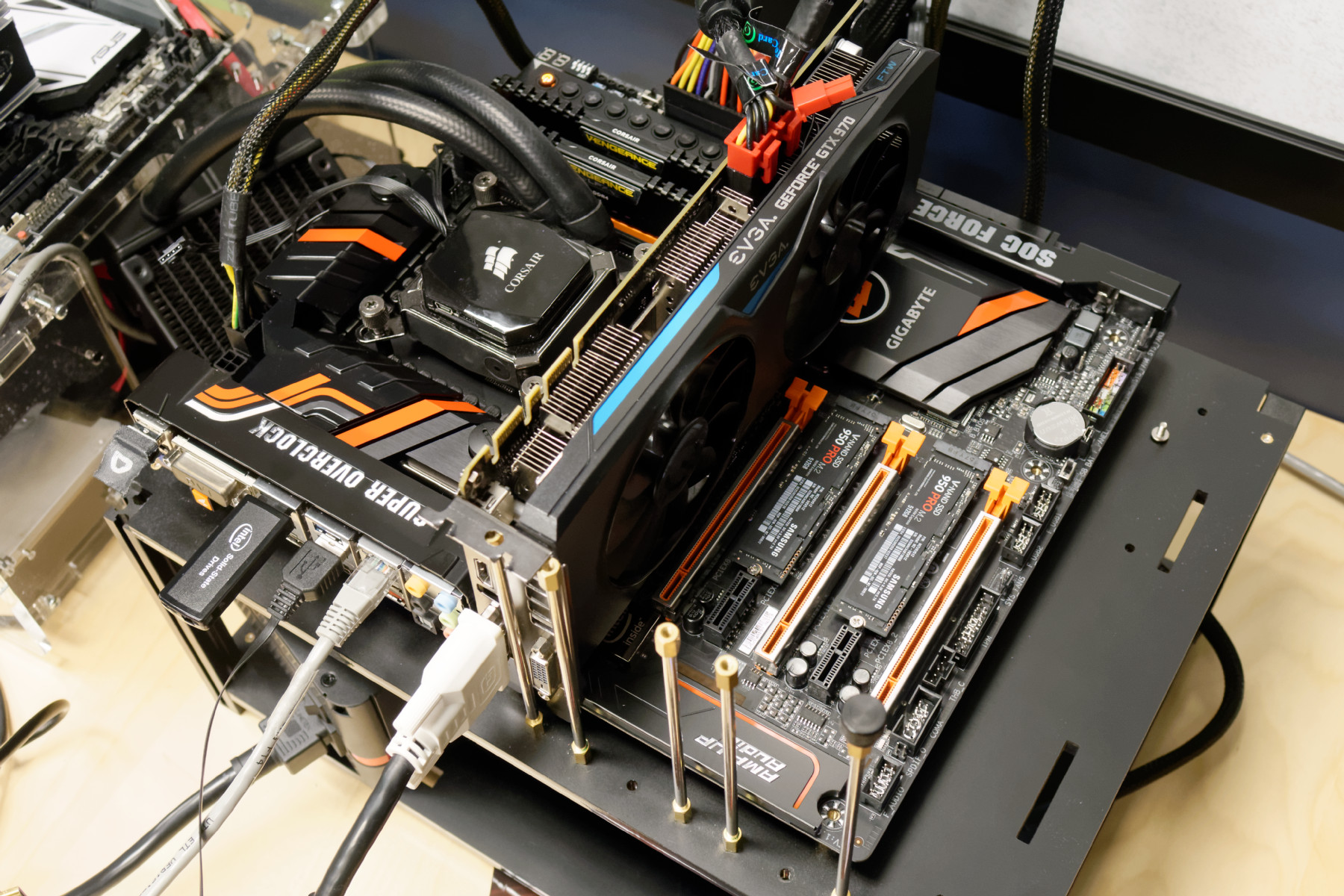 With the test system set up, let’s get right into it, shall we?