The technology showcased by AMD is powered by Razer, who partnered with AMD to come up with an expandable solution that supports up to 375W GPUs, including R9 Fury, R9 Nano, and all R9 300 series GPUs up to the R9 390X (there is no liquid cooling support, and the R9 Fury X isn't listed as being compatible). The notebook in AMD's marketing material is the Razer Blade Stealth, which offers the Razer Core external GPU enclosure as an optional accessory. (More information about these products from Razer here.) XConnect is not tied to any vendor, however; this is "generic driver" support for GPUs over Thunderbolt 3.

AMD has posted this video with the head of Global Technical Marketing, Robert Hallock, to explain the new tech and show off the Razer hardware:

The exciting part has to be the promise of an industry standard for external graphics, something many have hoped for. Not everyone will produce a product exactly like Razer has, since there is no requirement to provide a future upgrade path in a larger enclosure like this, but the important thing is that Thunderbolt 3 support is built in to the newest Radeon Crimson drivers.

Here are the system requirements for AMD XConnect from AMD: 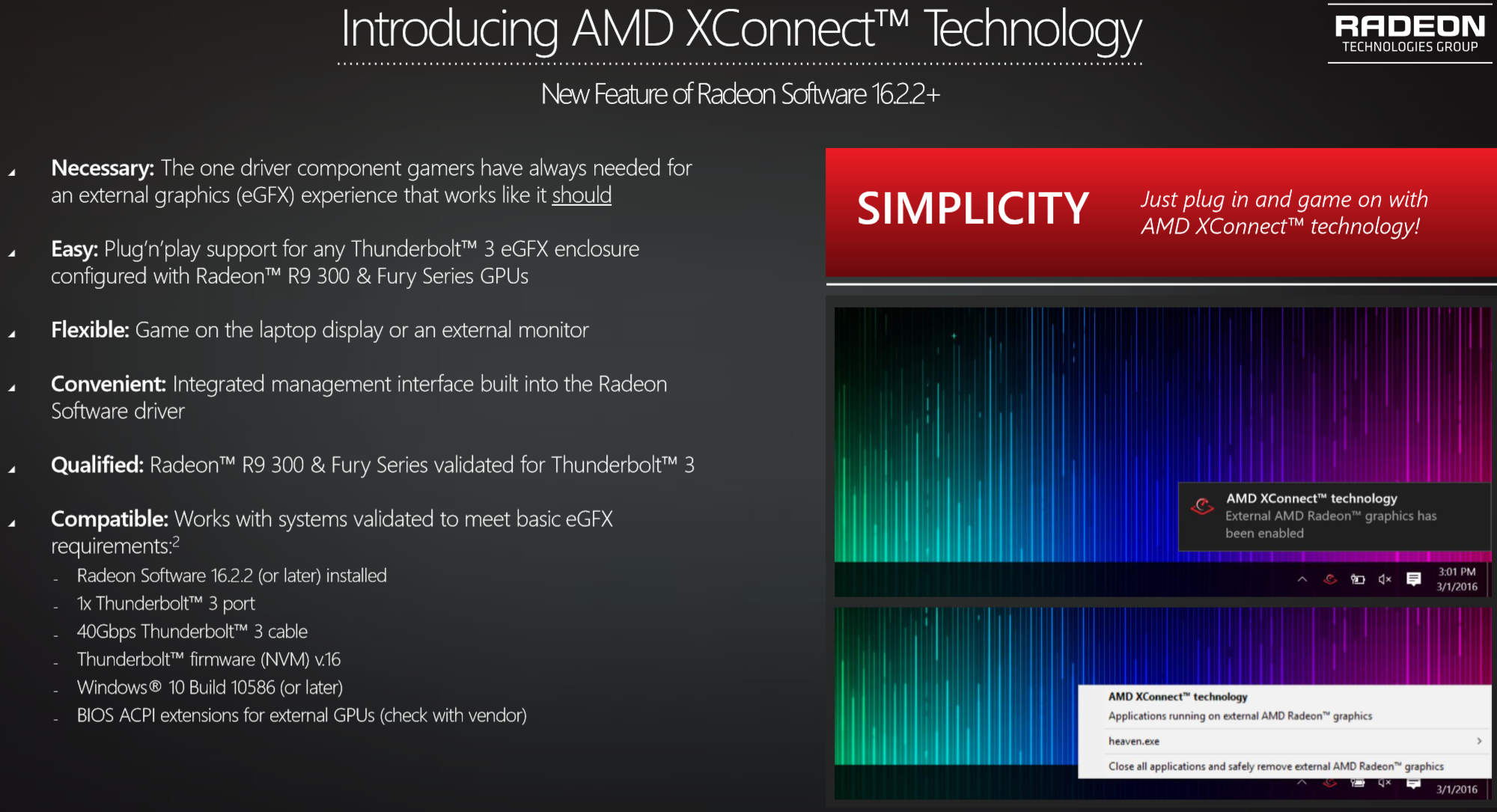 The announcement introduces all sorts of possibilities. How awesome would it be to see a tiny solution with an R9 Nano powered by, say, an SFX power supply? Or what about a dual-GPU enclosure (possibly requiring 2 Thunderbolt 3 connections?), or an enclosure supporting liquid cooling (and the R9 Fury X)? The potential is certainly there, and with a standard in place we could see some really interesting products in the near future (or even DIY solutions). It's a promising time for mobile gaming!