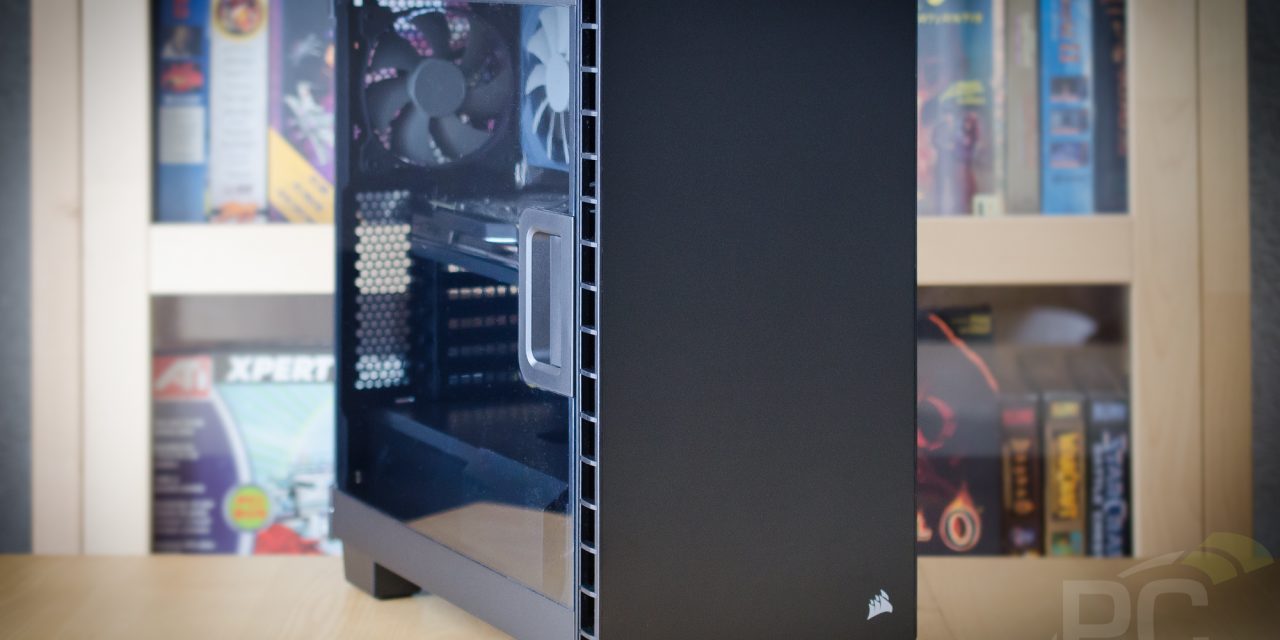 To gain access to the interior you only need to swing open the clear side panel, which has a latching handle that feels very good and operates smoothly. 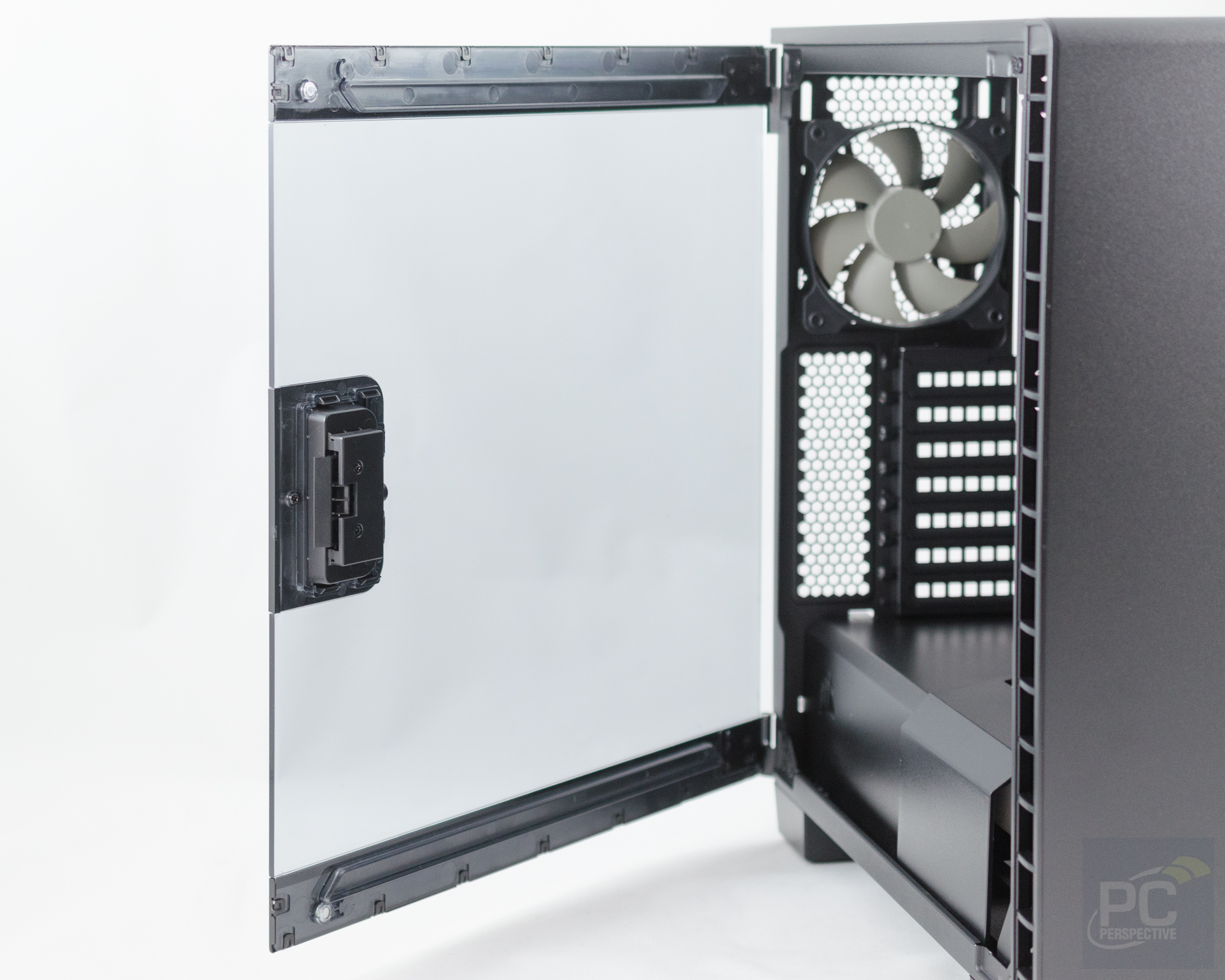 Closing this panel was better than I expected, and its smooth, secure closure is aided by magnets on the corners of the door panel. 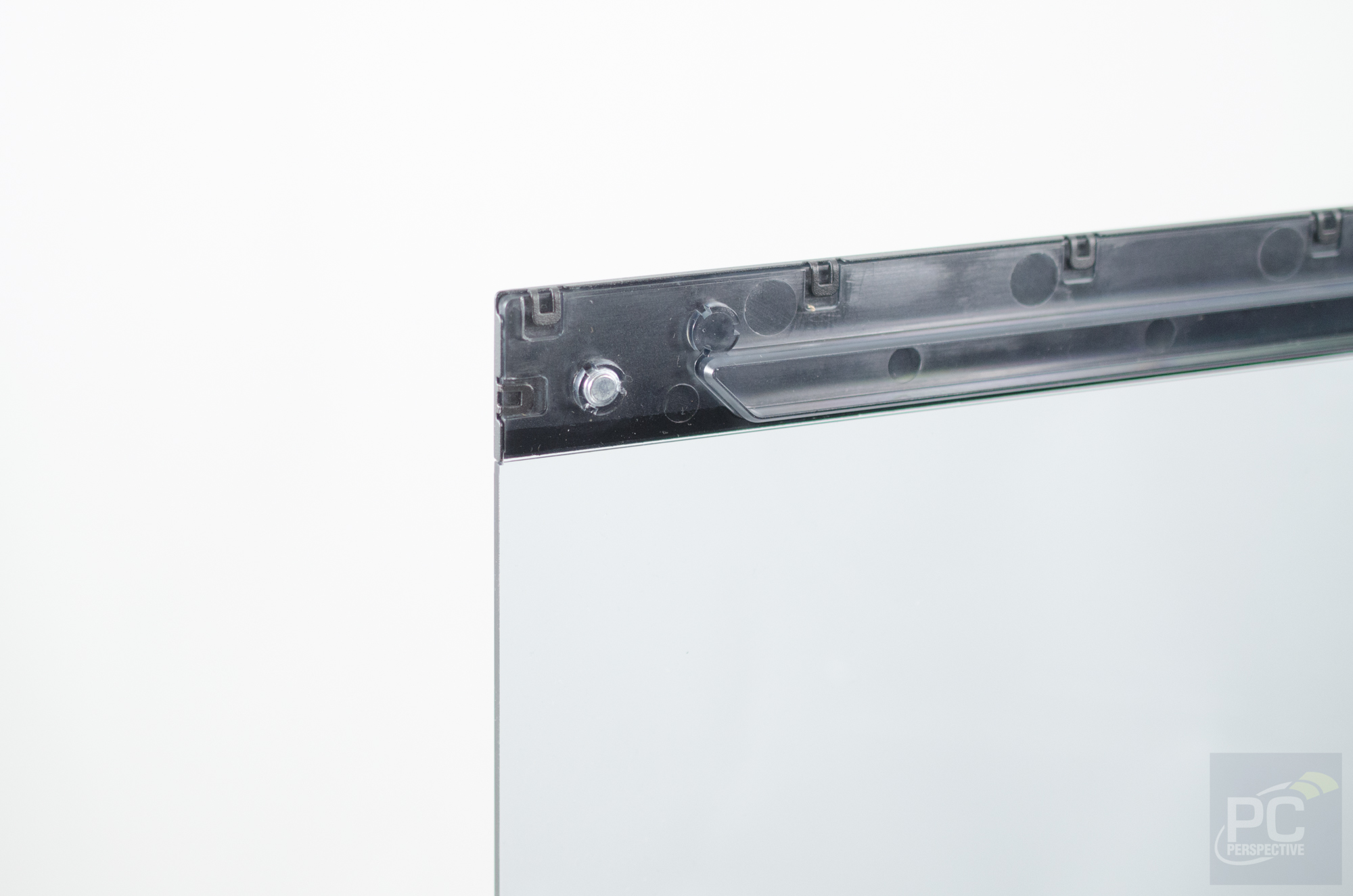 If desired, removing the clear panel entirely is very simple, as you need only lift it off of its hinges: 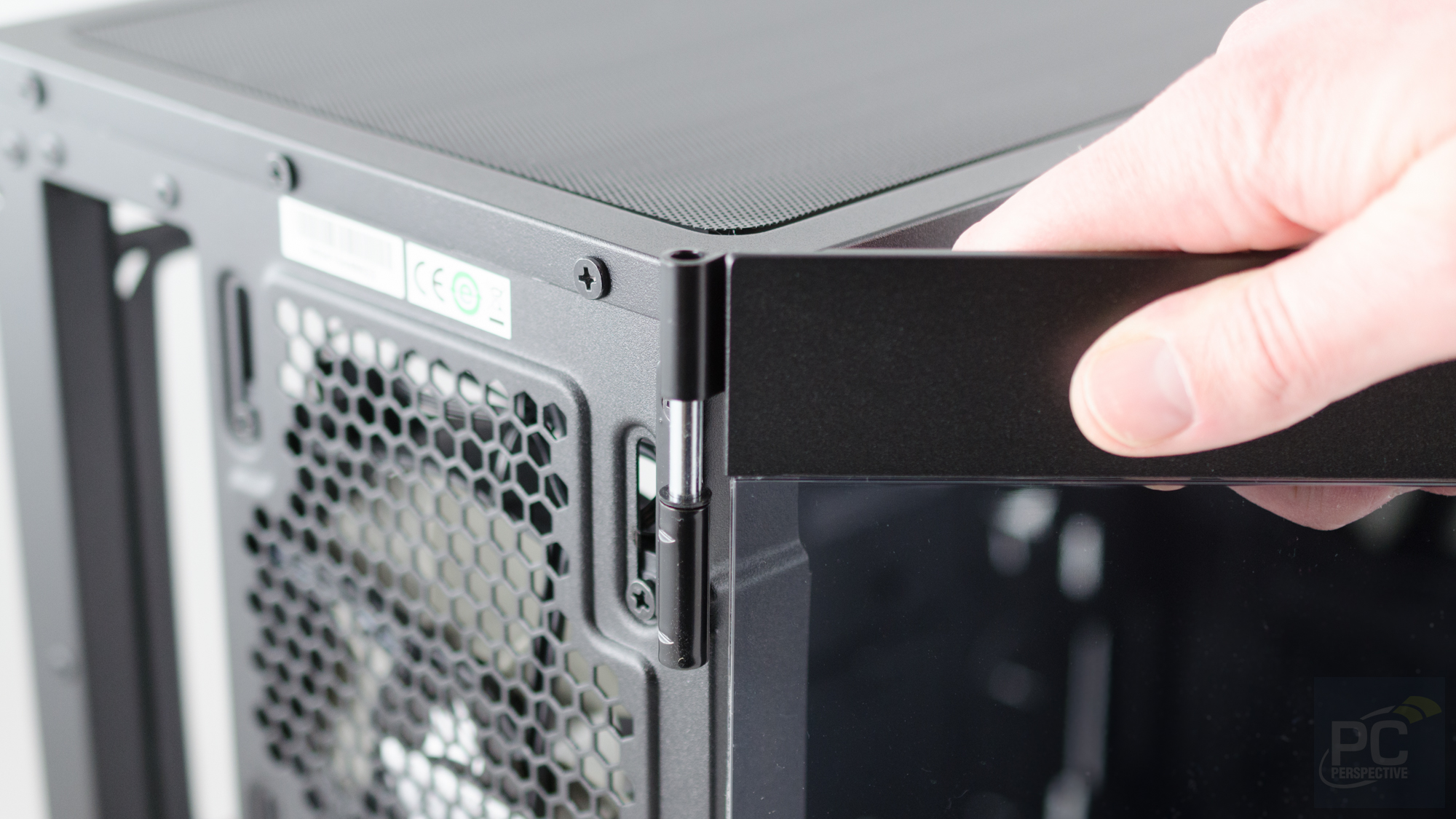 The back side panel is a conventional slide-off design, and is a little thin, but doesn't wobble too much. The thumbscrews securing it are captured, which is a nice touch. 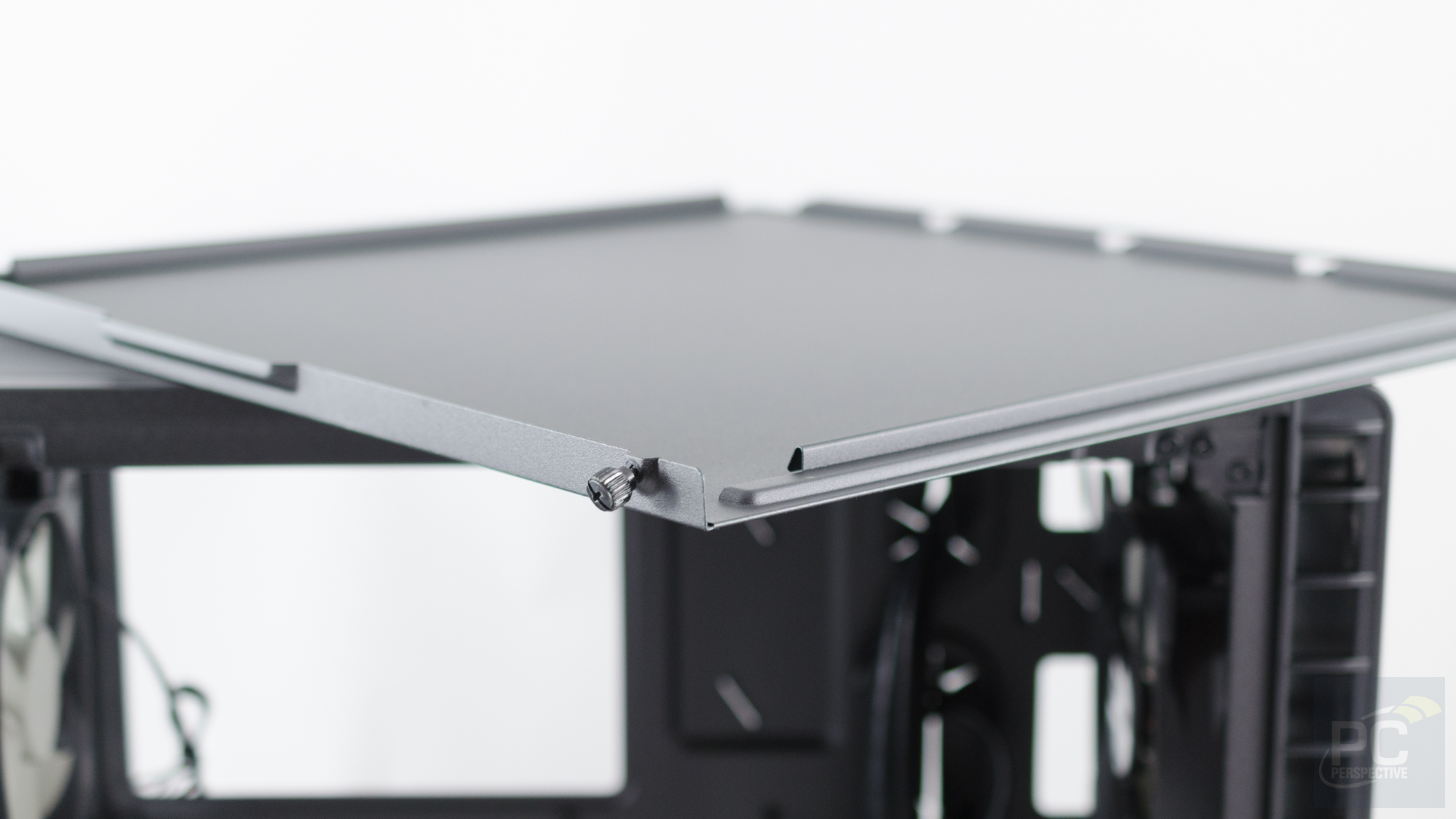 With the side panels removed we'll take our first look at the interior of the Carbide 400C, which has the increasingly common wide-open interior of a design devoid of storage bays on this side. 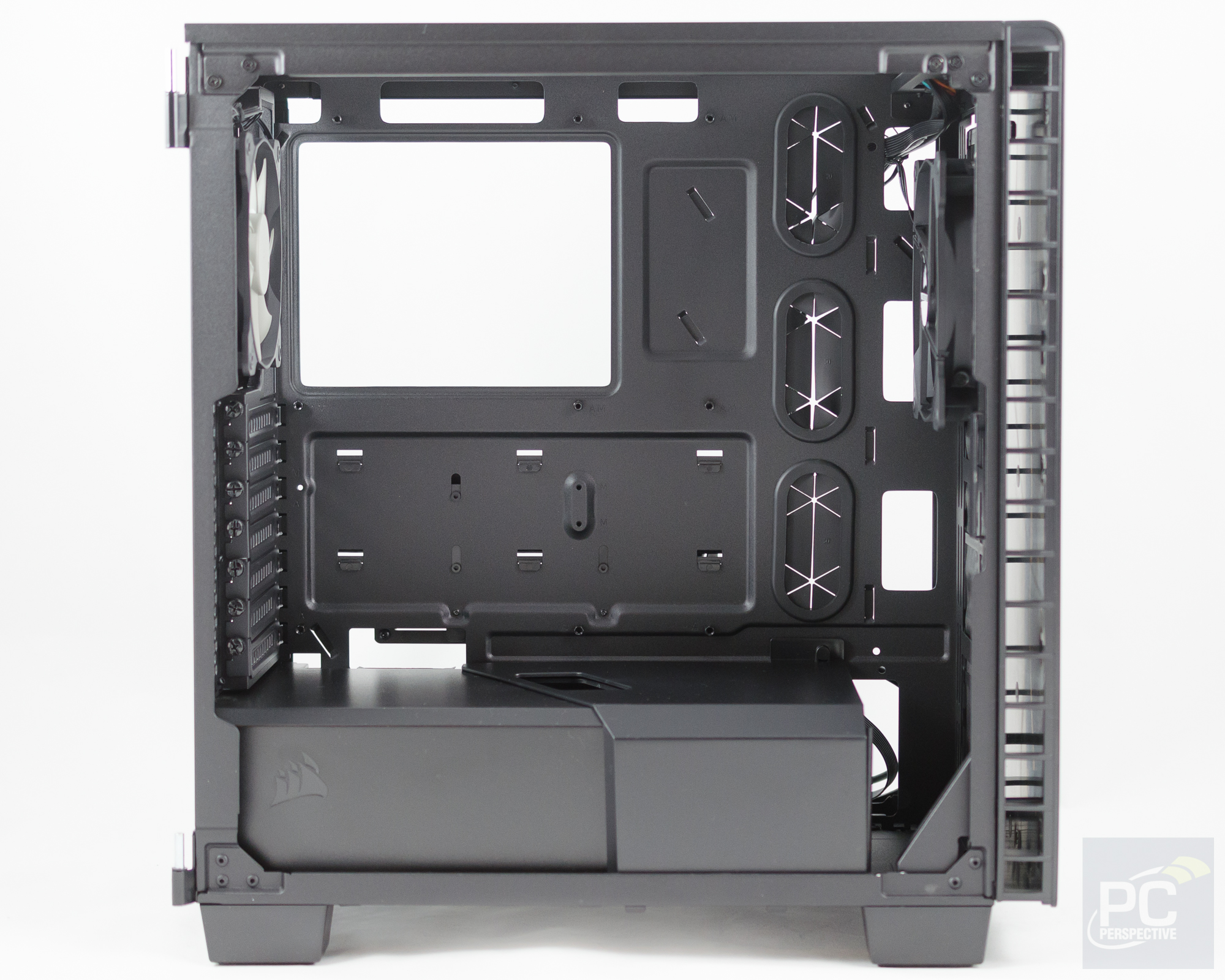 Up front we see the included 140 mm fan, and this area can support up to a 360 mm radiator as well. 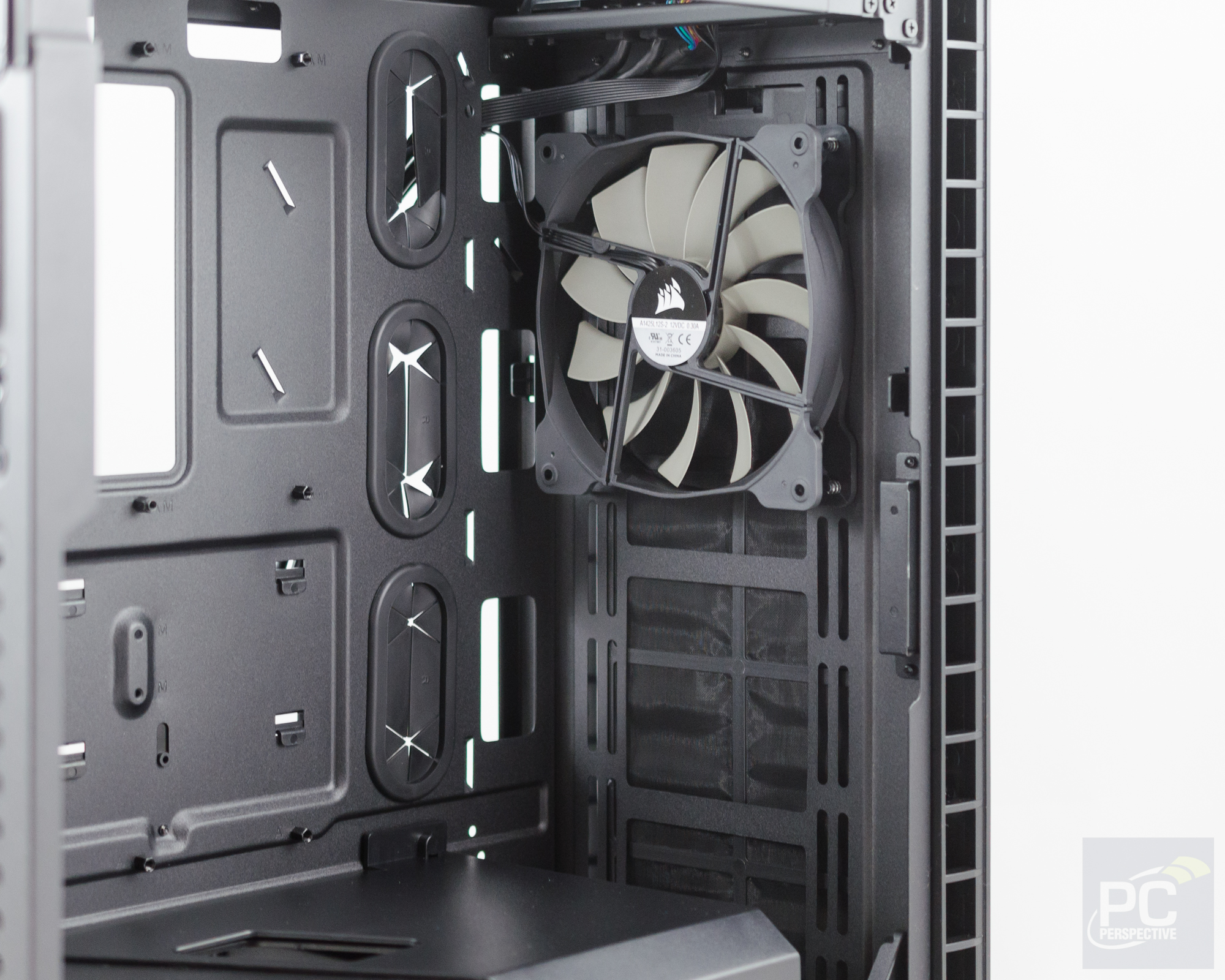 The rear of the case is limited to a 120 mm fan opening, as this is a rather compact mid-tower design. 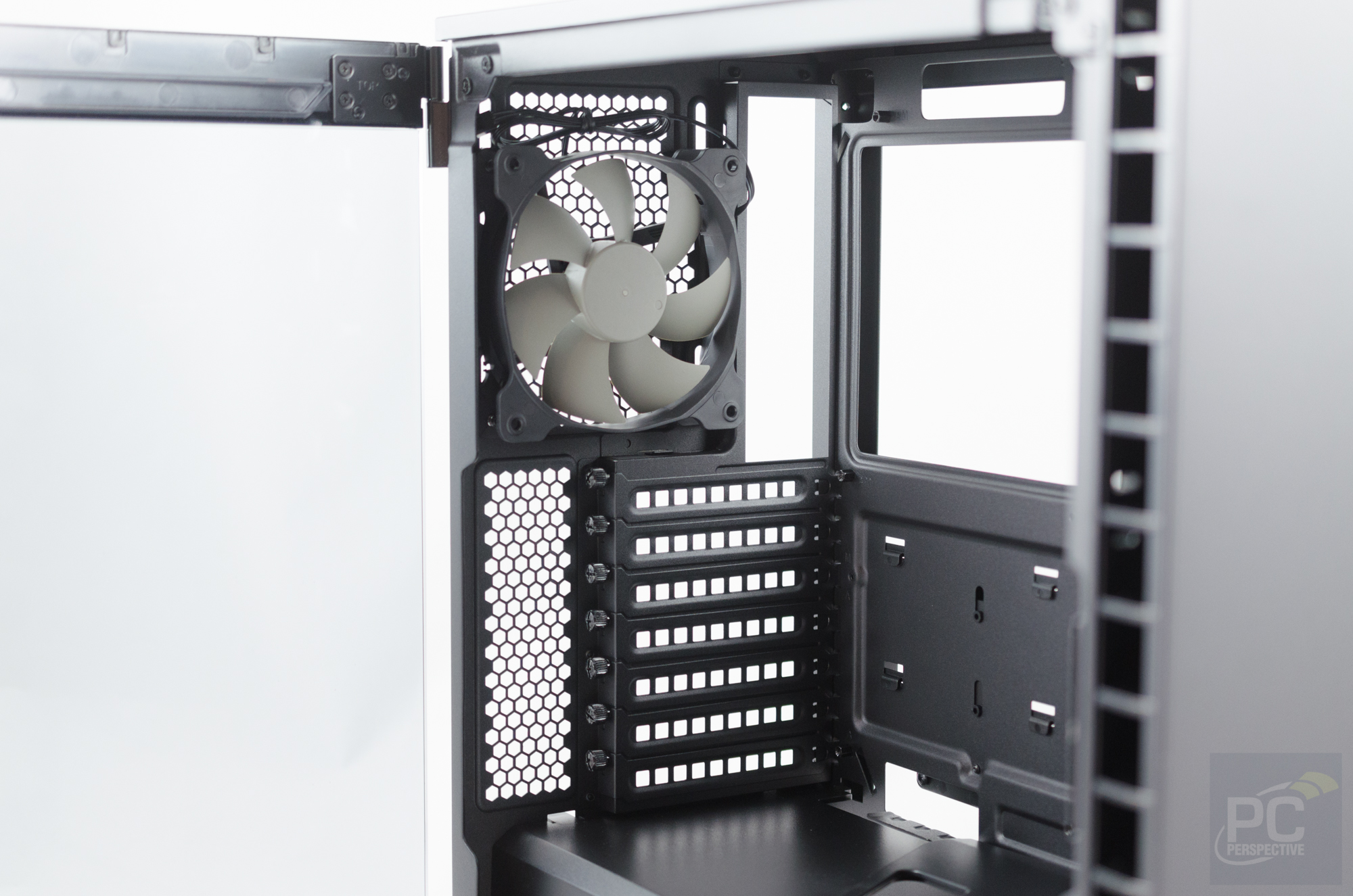 The floor of the enclosure is hidden by a plastic shroud by default, though this is simple enough to remove (as we'll see in a moment). 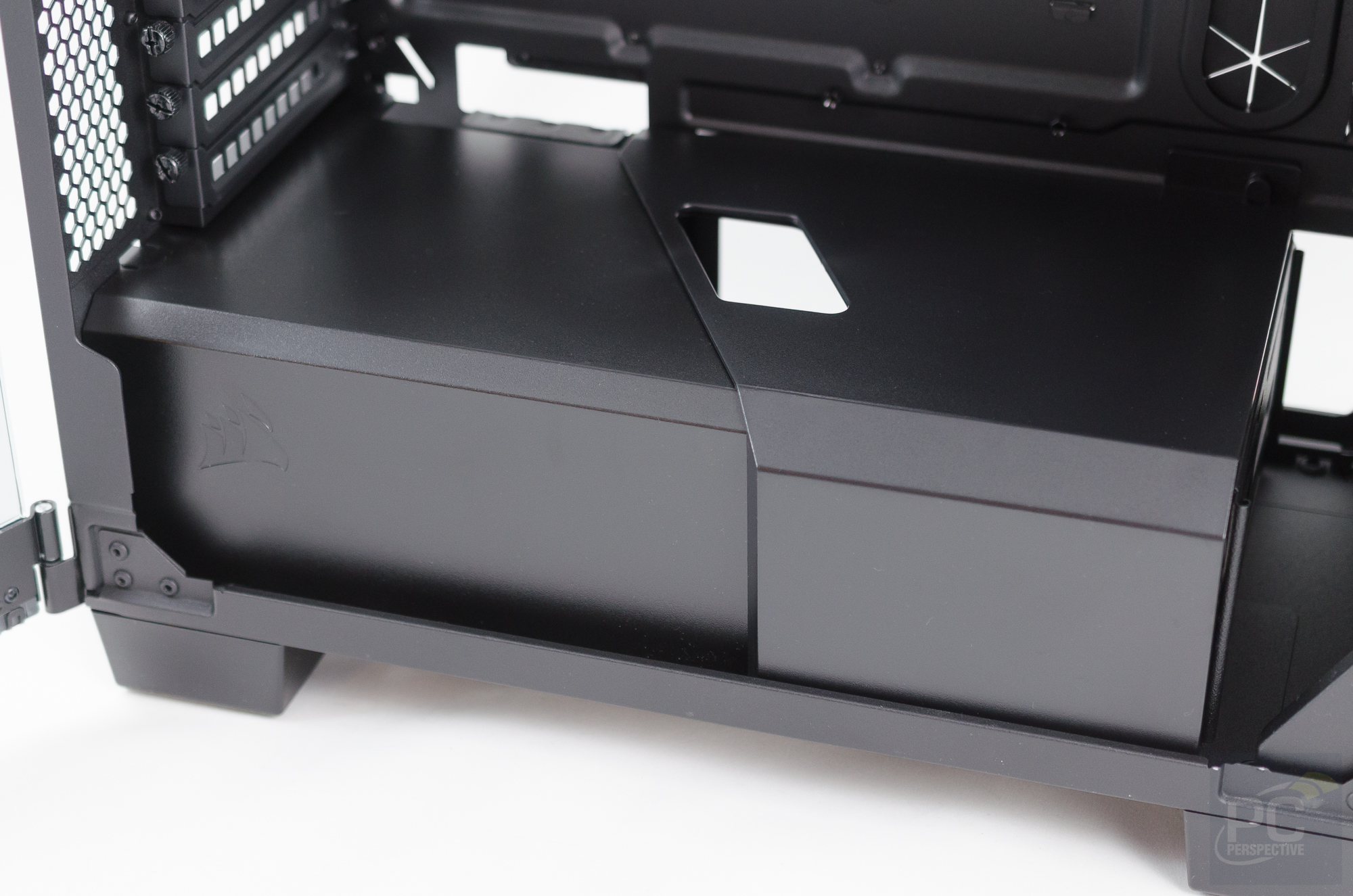 Looking behind the motherboard tray where storage can be accessed. There is a triple SSD mount in the middle, and below this is space for a pair of 3.5-inch hard drives on slide-out trays. 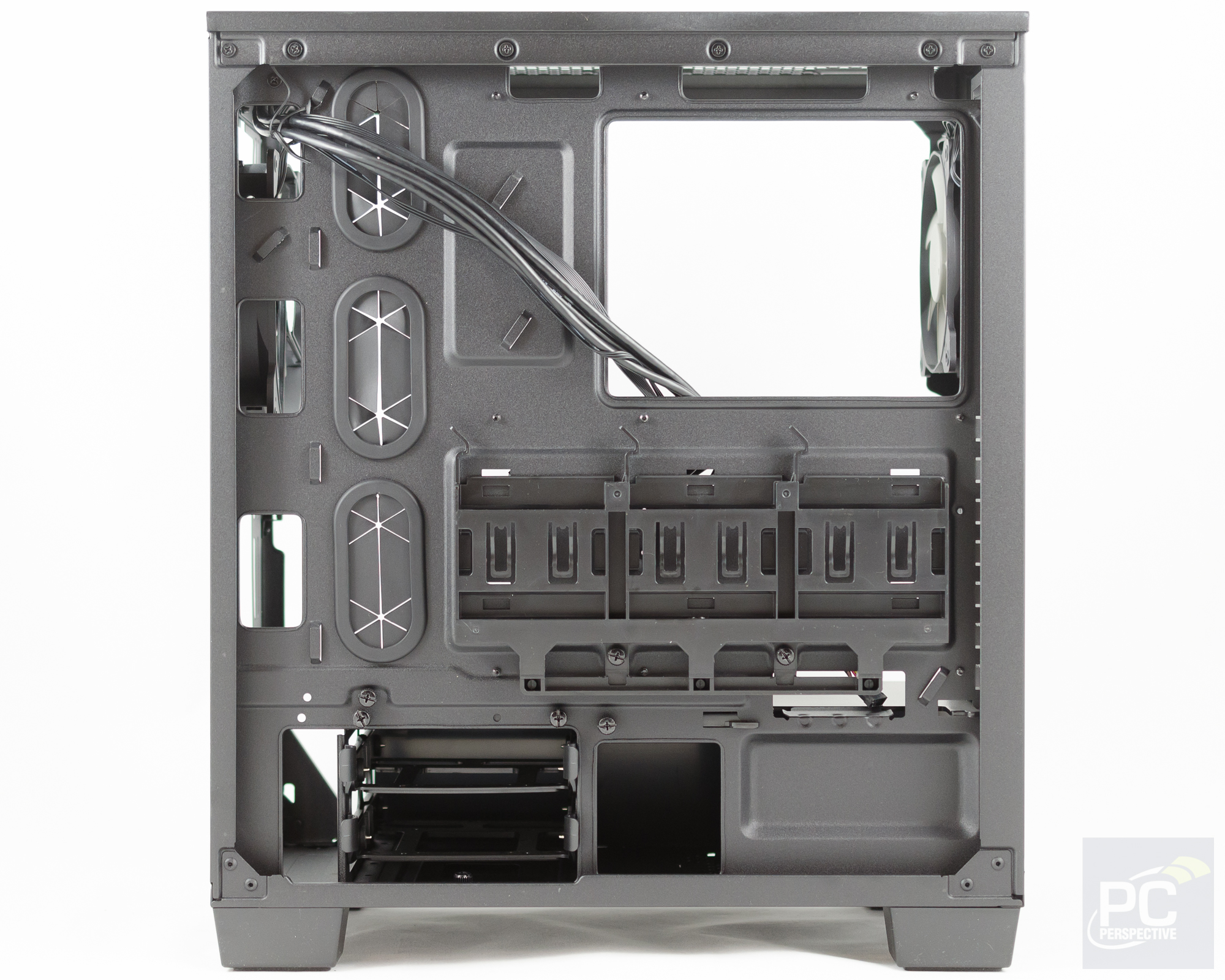 I was a little surprised to see that the power supply mount was not accessible from behind the enclosure, as it was with the Carbide 600Q. This means we will have to remove the shroud covering the floor of the enclosure, and install a PSU from the other side. This process is very simple, fortunately.

To remove the shroud, which is actually two separate pieces, two thumbscrews first need to be removed from the back (circled here in red): 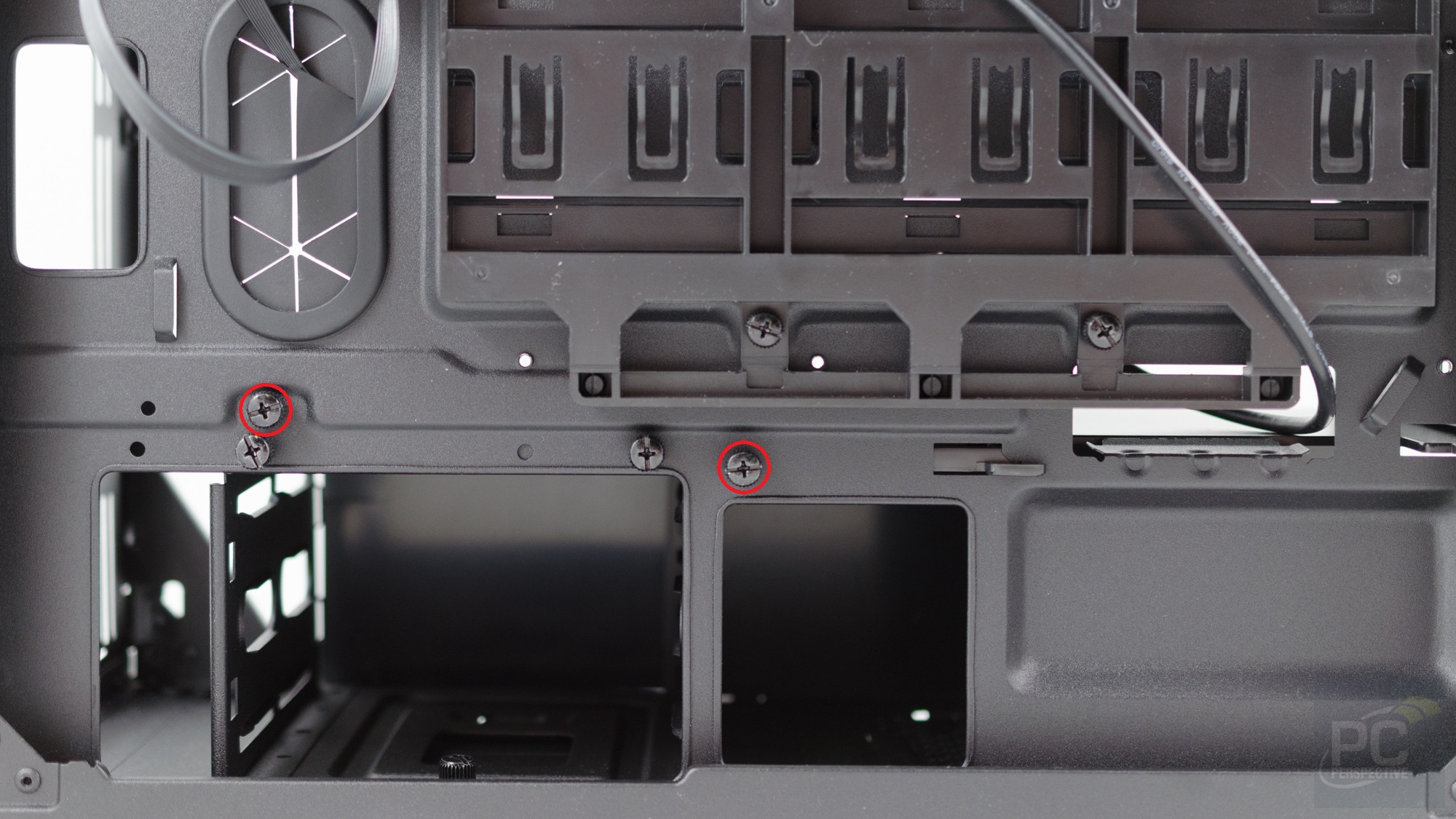 Then the panels slide toward the right side and out, though the rearmost panel will need a couple of additional tabs released from the rear of the enclosure: 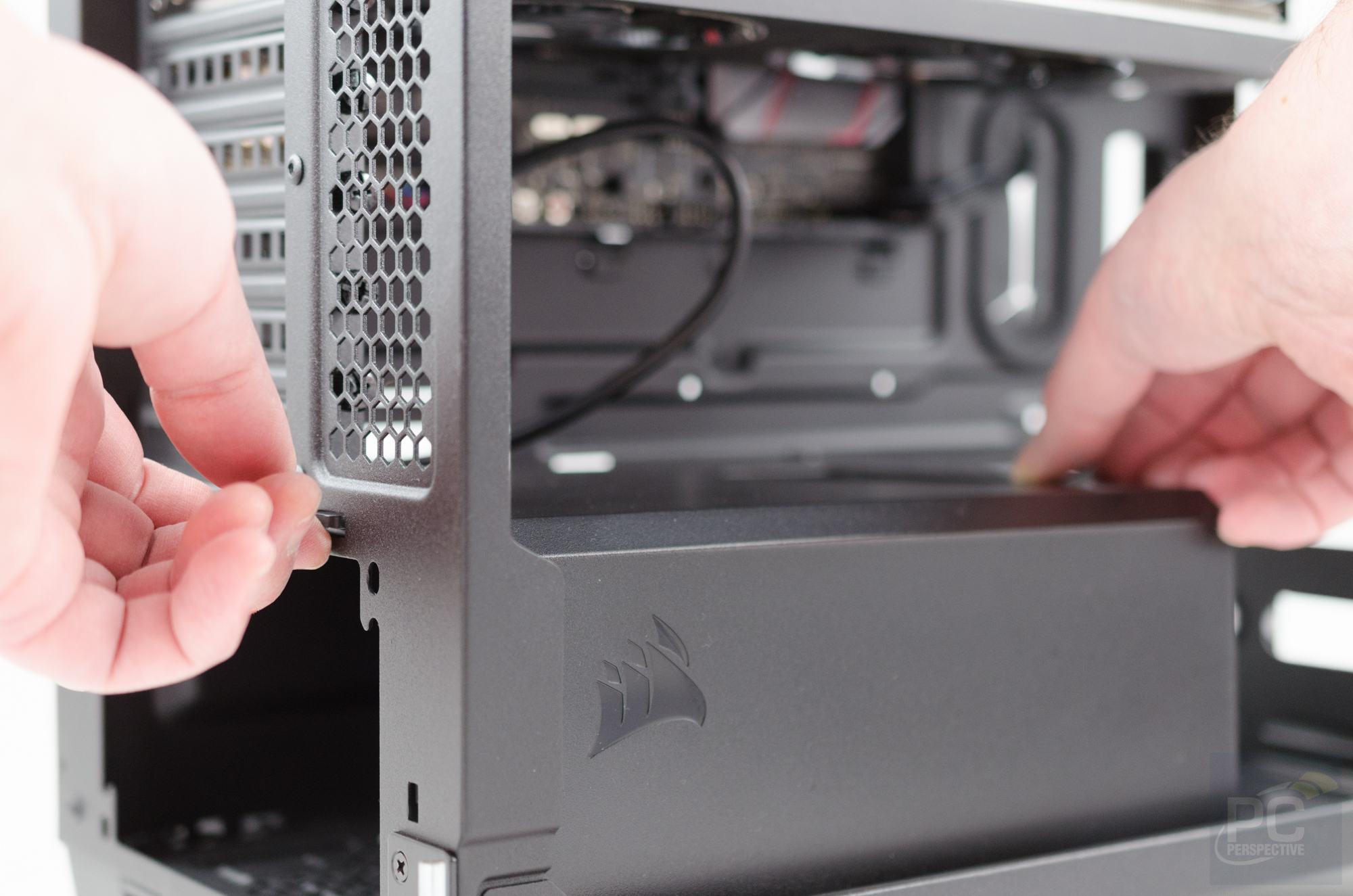 Now we can see the case floor, and the PSU mount location includes padded feet to prevent vibration. 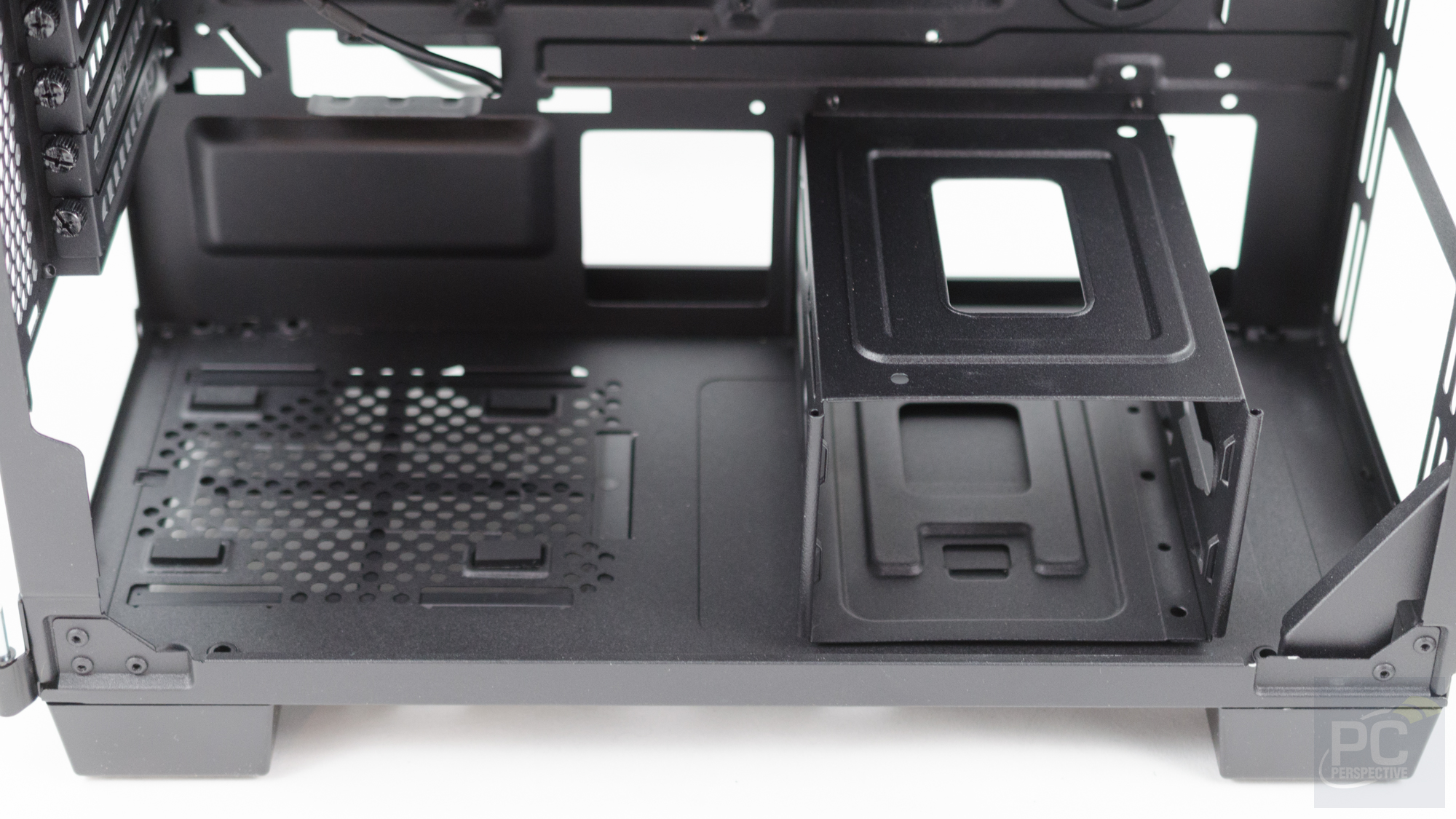 Essential for keeping your build clean, the Carbide 400C offers a full compliment of filters for fan intakes. We'll begin with the top of the enclosure, which is covered with a large screen filter that attaches magnetically. 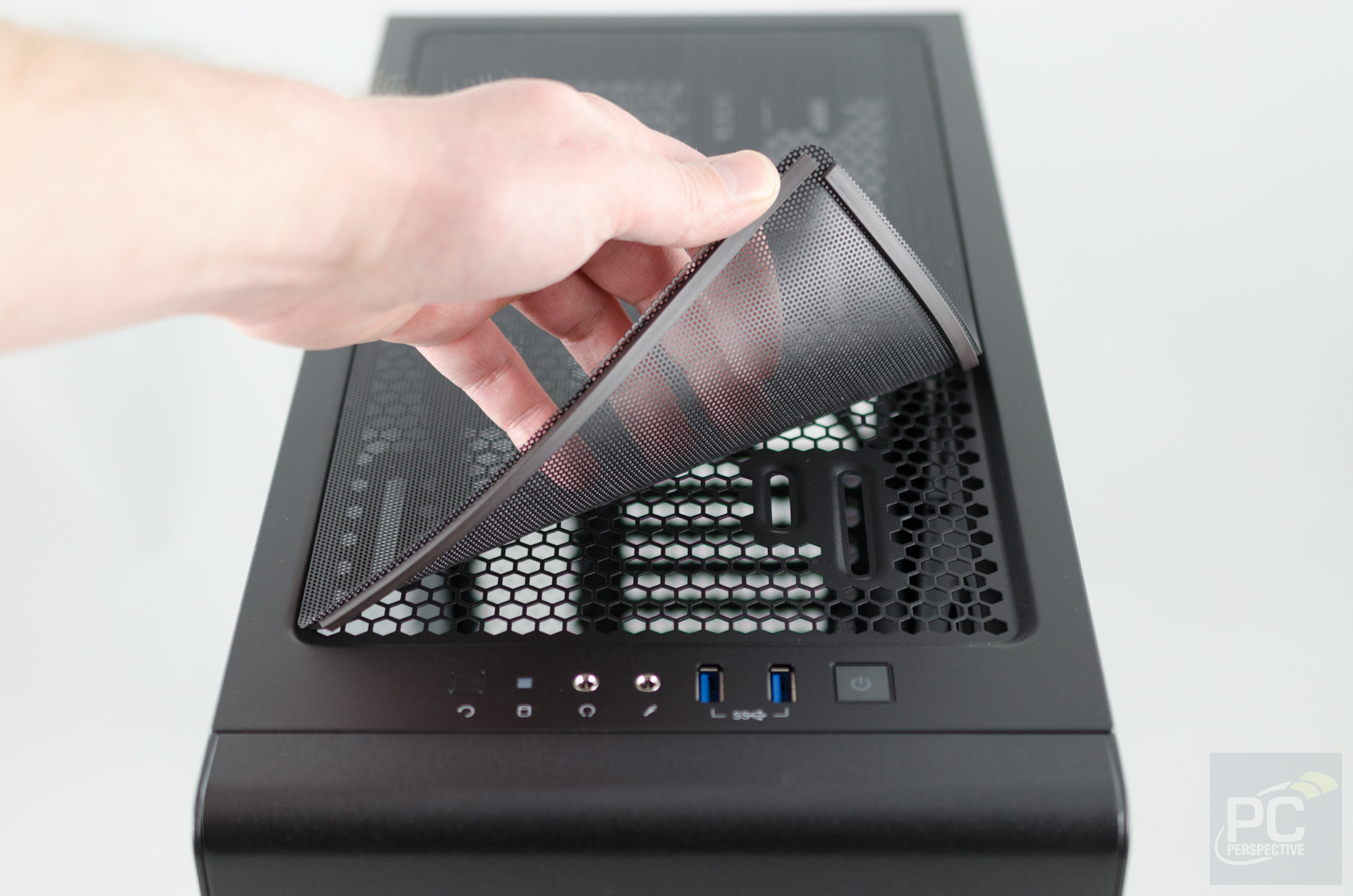 This is held in place securely with the magnets, which line the entire perimeter of the filter, and it feels strong enough to hold up over time.

The front intake includes a full length filter, which is less convenient to access as it requires the removal of the front panel. To do this you first need to release the tabs located on each side of the interior, and pull the front panel off: 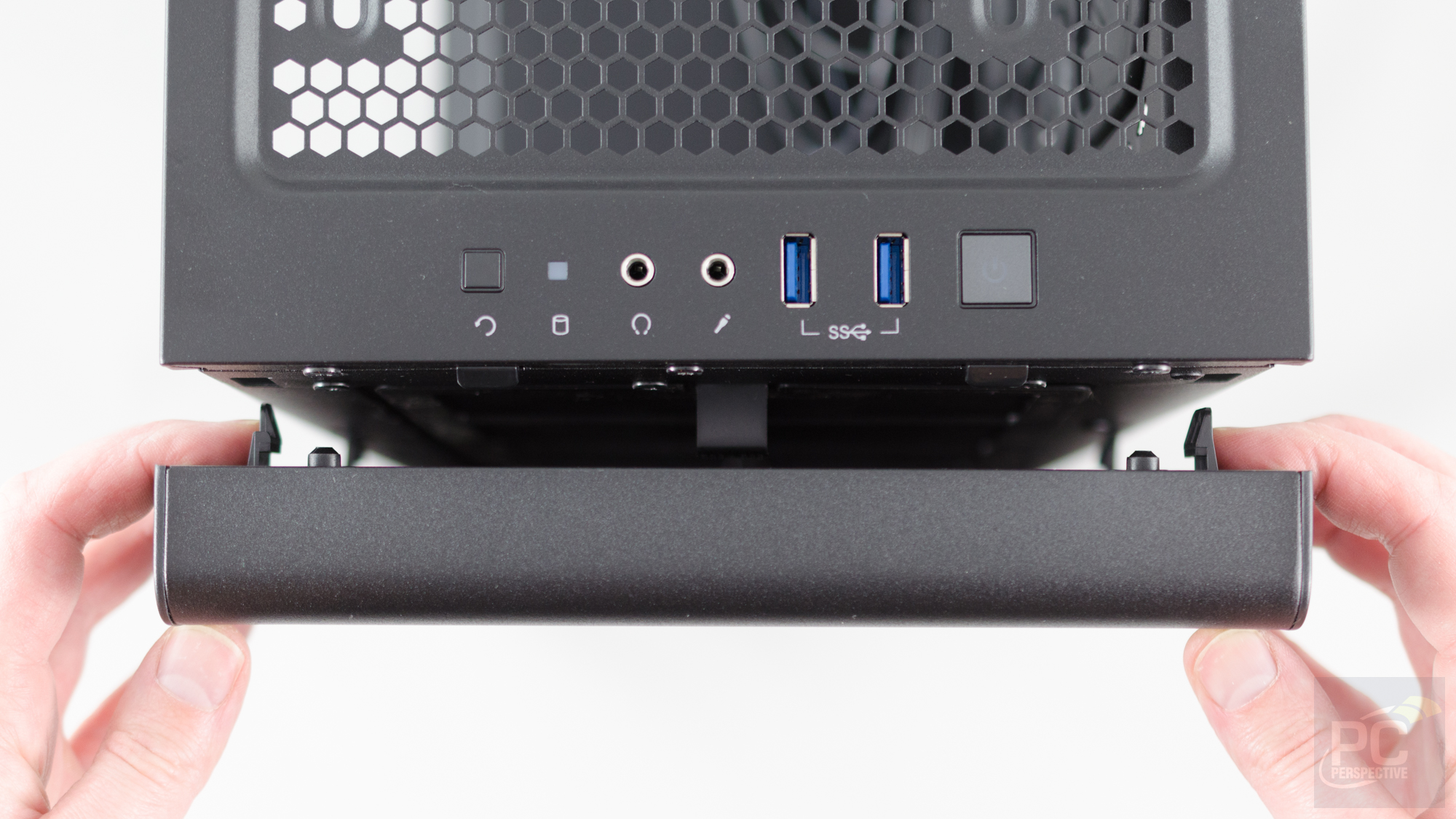 And then the filter is easly removed with a tab at the top. 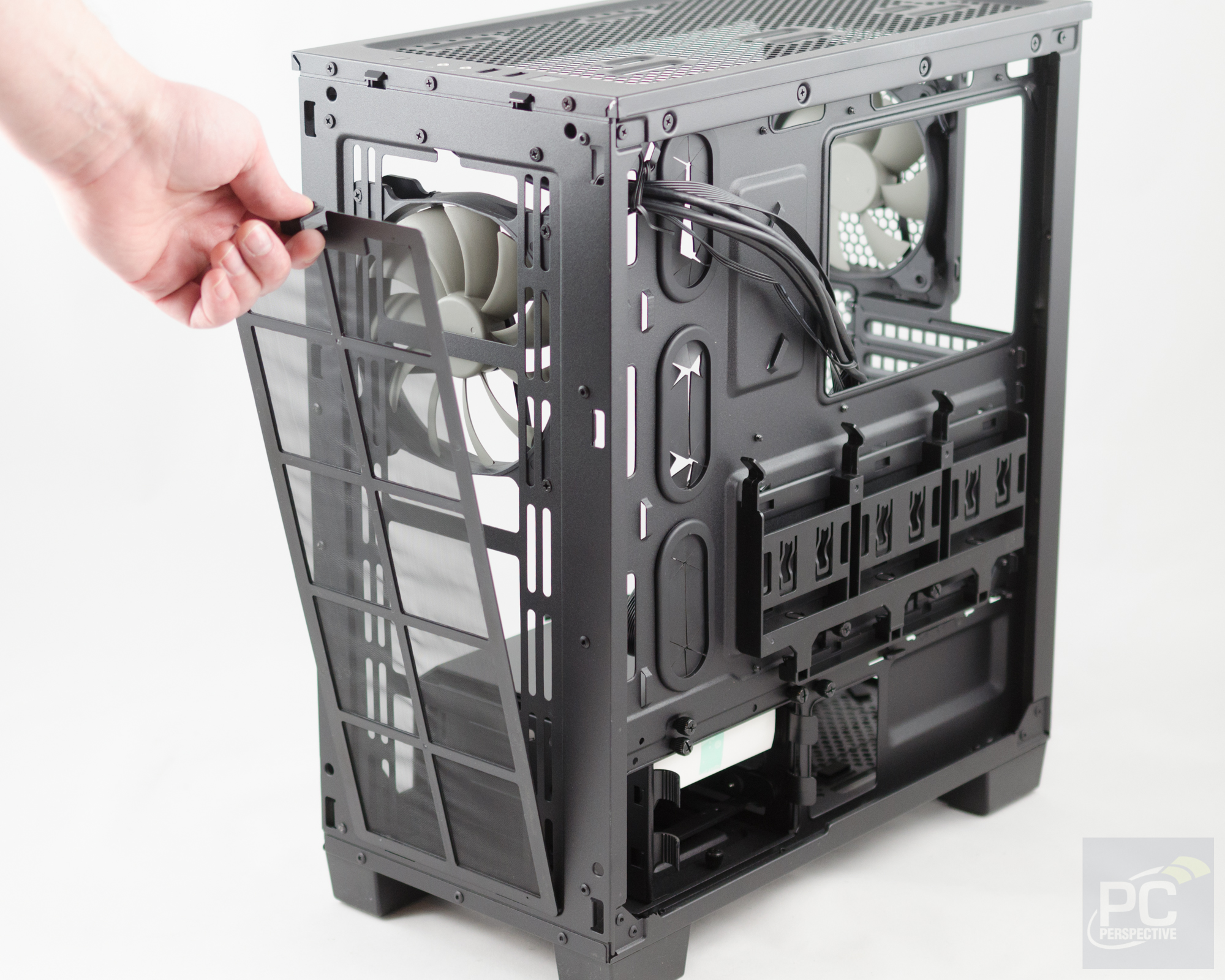 Finally, there is a slide out filter beneath the PSU, accessible from the rear of the case.

Next we'll go through the build process with the Carbide 400C. 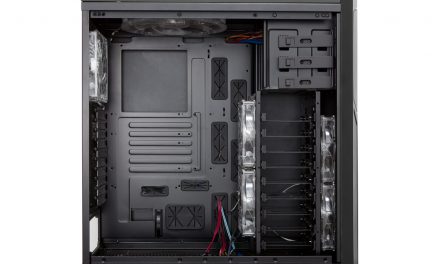 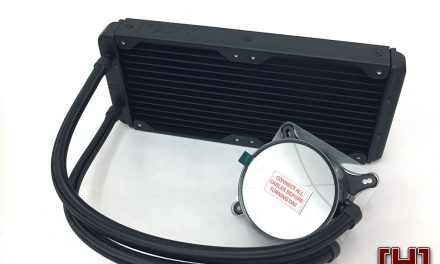 Loud is cool when you are a Kraken; NZXT’s X52 watercooler