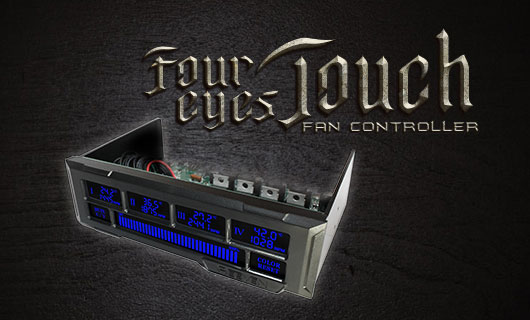 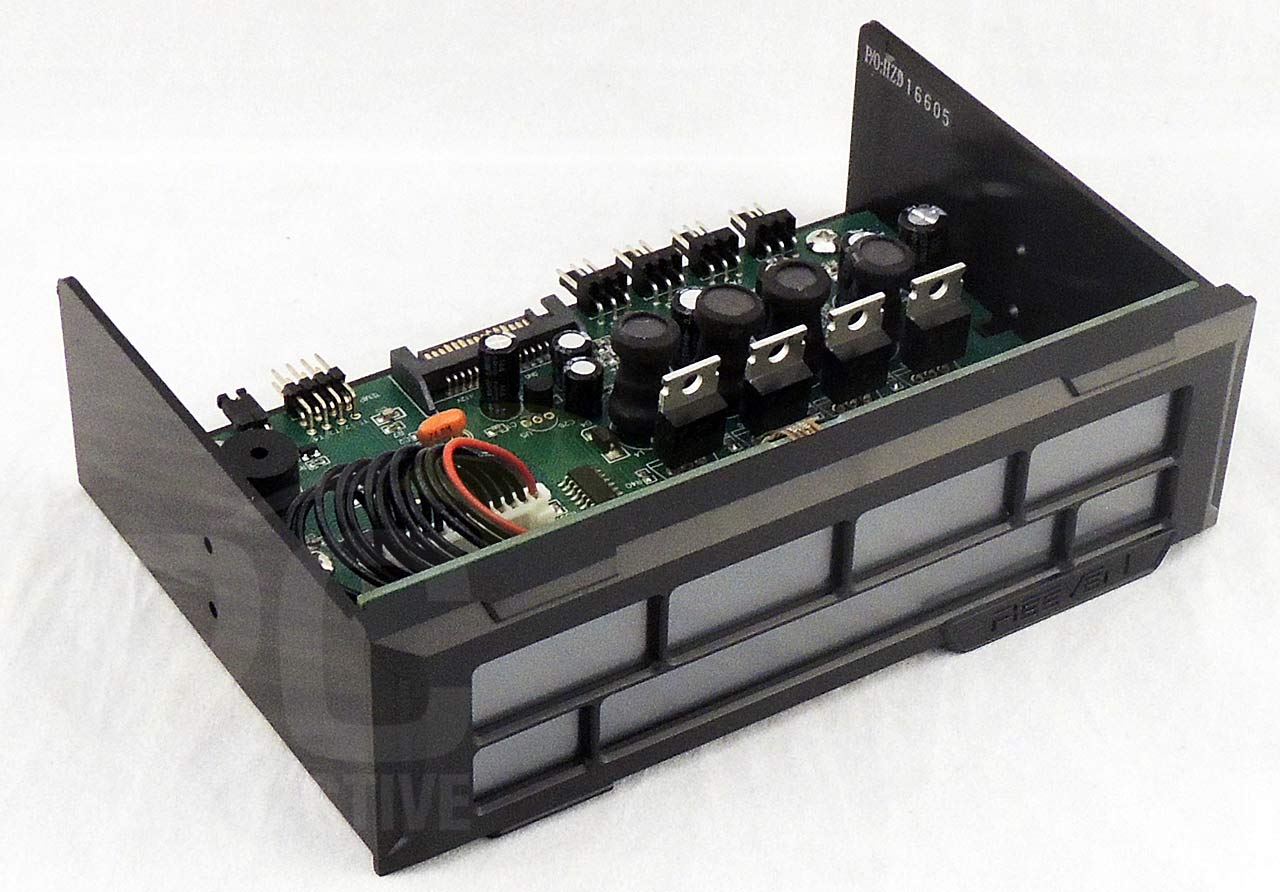 The Four-Eyes Touch Fan controller is housed in a powder-coated black rectangular metal shell with open top and back sides for ventilation and cable connection purposes. The front panel consists of a plastic overlay holding the LCD display in place, connected to a PCB on the back front of the housing. The housing fits in a single 5.25" device bay in a standard computer case.

The front panel of the unit consists of an LCD display divided into seven sections by a plastic overlay holding the display to the metal frame. The Reeven logo is prominently displayed in the lower right corner of of the front panel. The top four sections display fan activity information tied to each of the unit's four fan channels. The bottom left section controls the temperature type displayed in the upper four panels. The bottom right section controls the display color. The middle section can be used to set the fan speed after selecting one of the fan channels by pressing one of the upper section panels for more than 3 seconds. 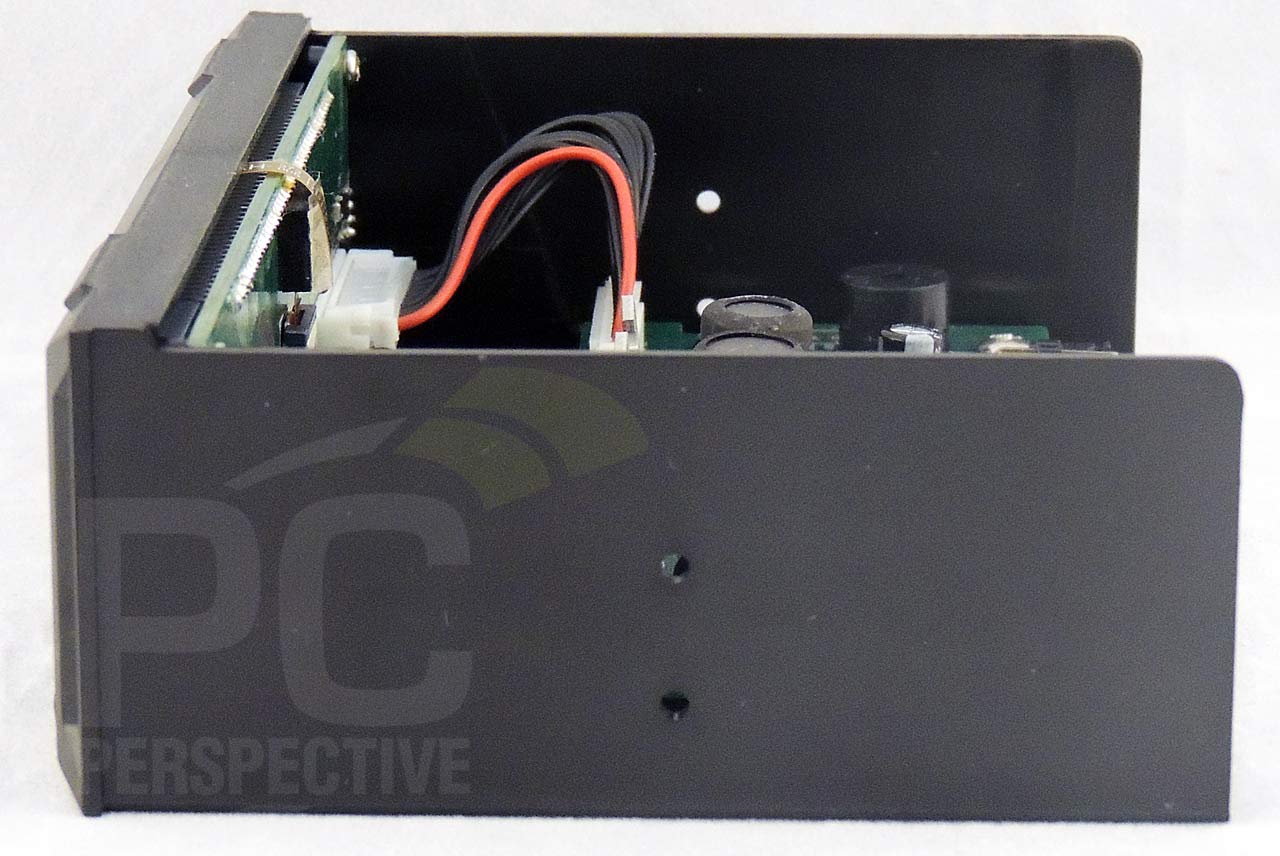 Along each side of the housing are two holes for fixing the unit in place when mounting in a case's 5.25" device bay. The holes are threaded to match the included mounting screws. 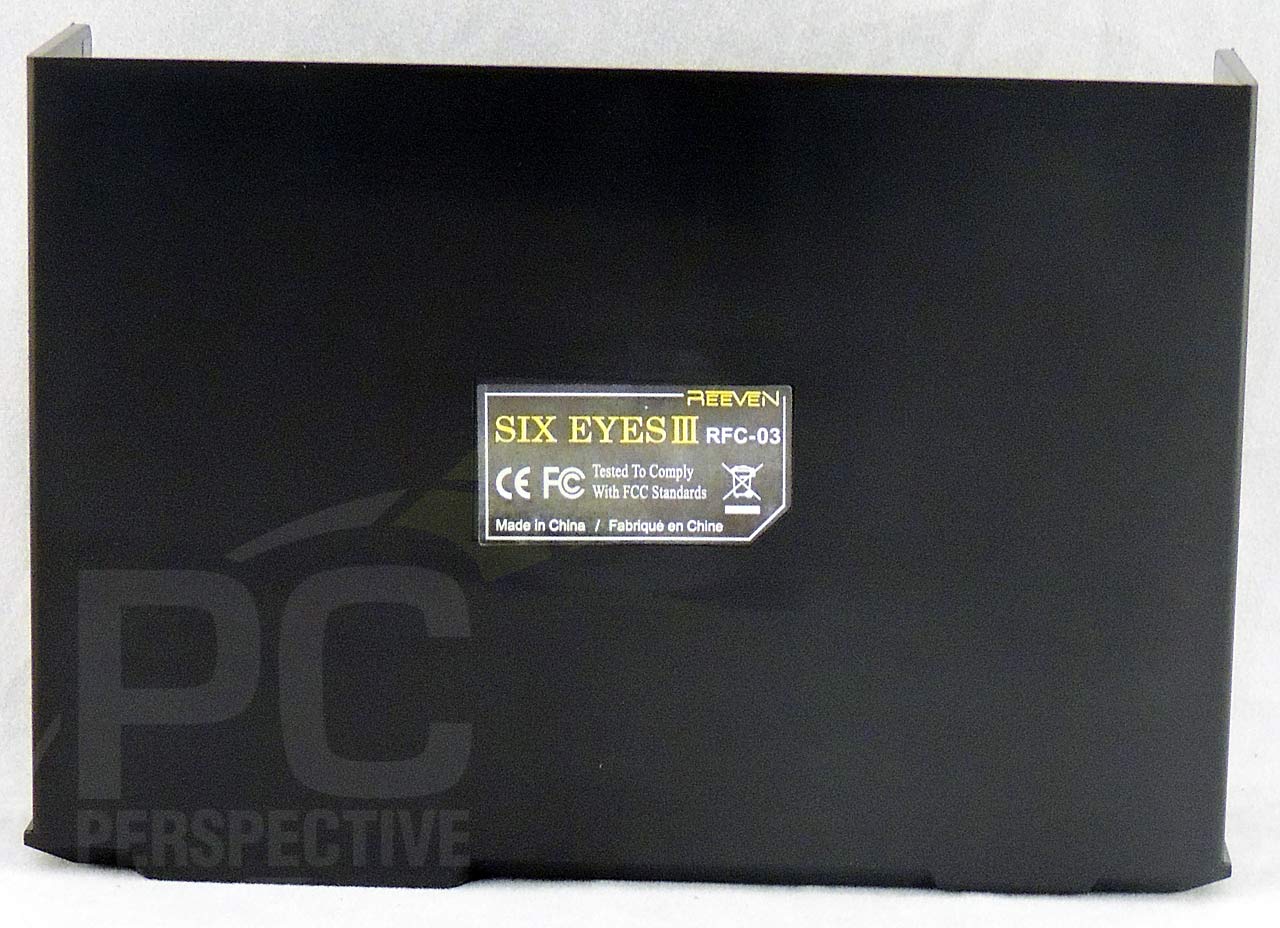 The bottom of the unit is an unbroken metal section acting as a hold-down section of the unit's controller PCB. A device sticker is fixed to the bottom with the device name, model number, and standard and safety information. 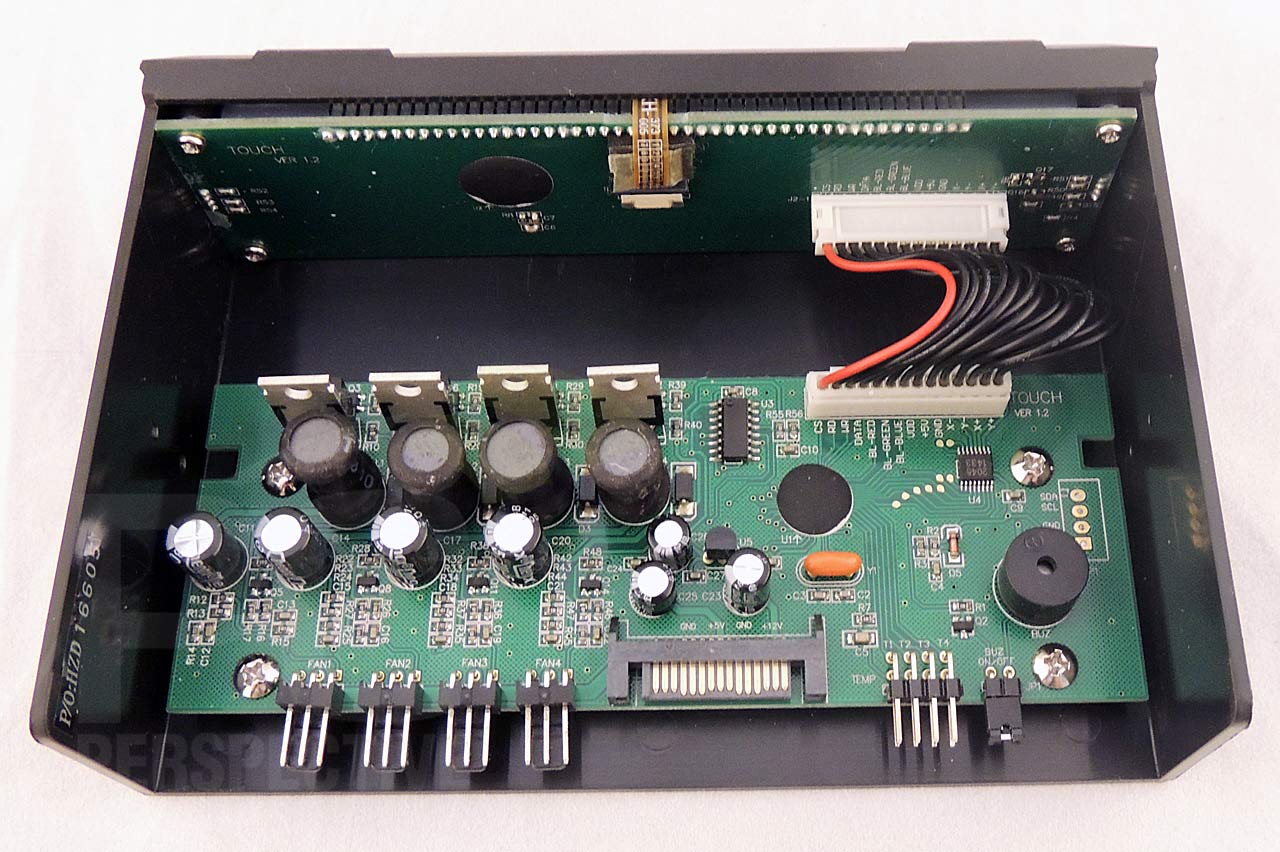 The device contains two PCBs along the bottom and front panels. The front panel PCB controls the LCD display with the bottom PCB while the lower PCB contains the controller logic for the display, the four temperature channels, and the four fan channels. The two PCBs are connected via a control cable. 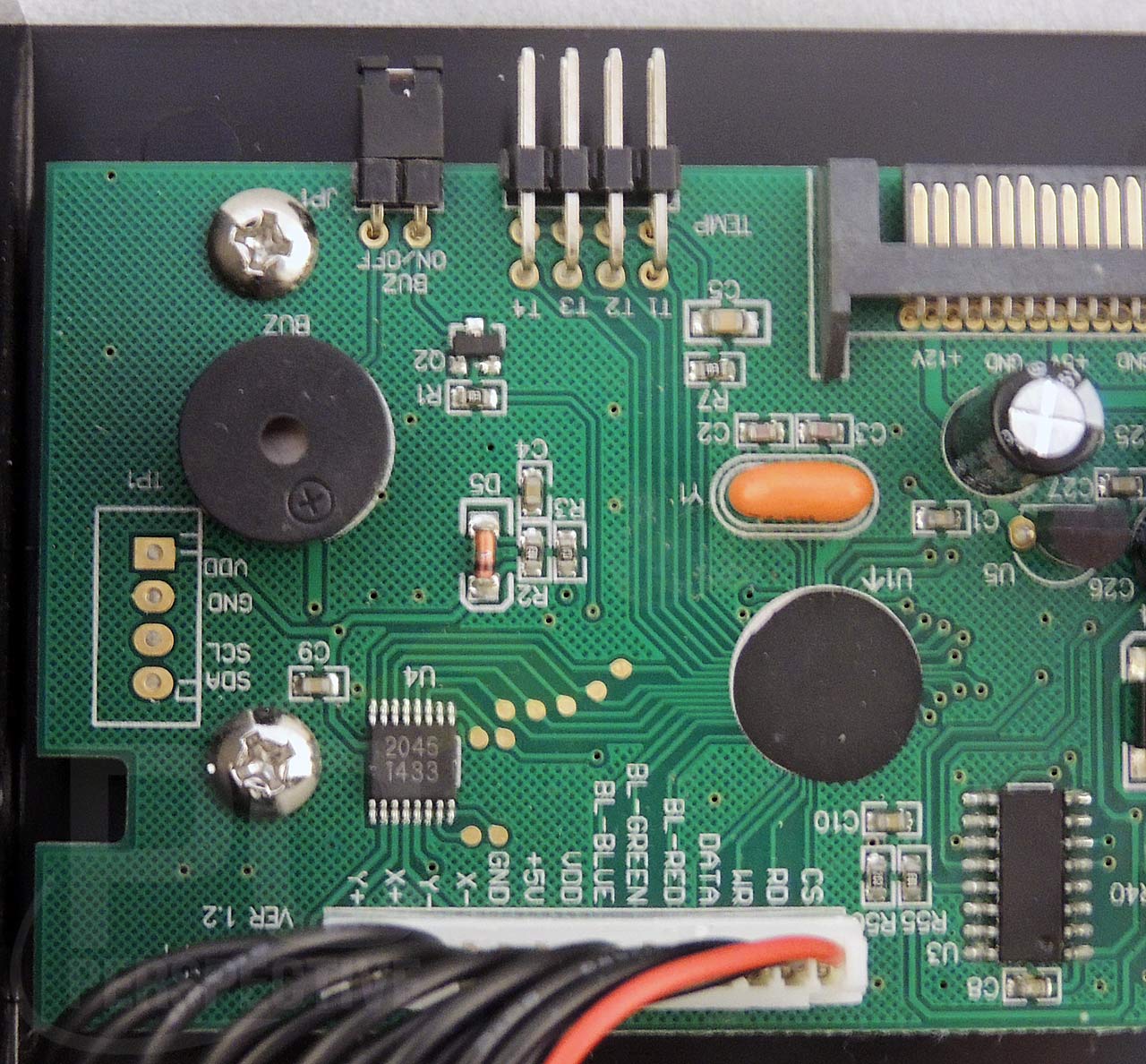 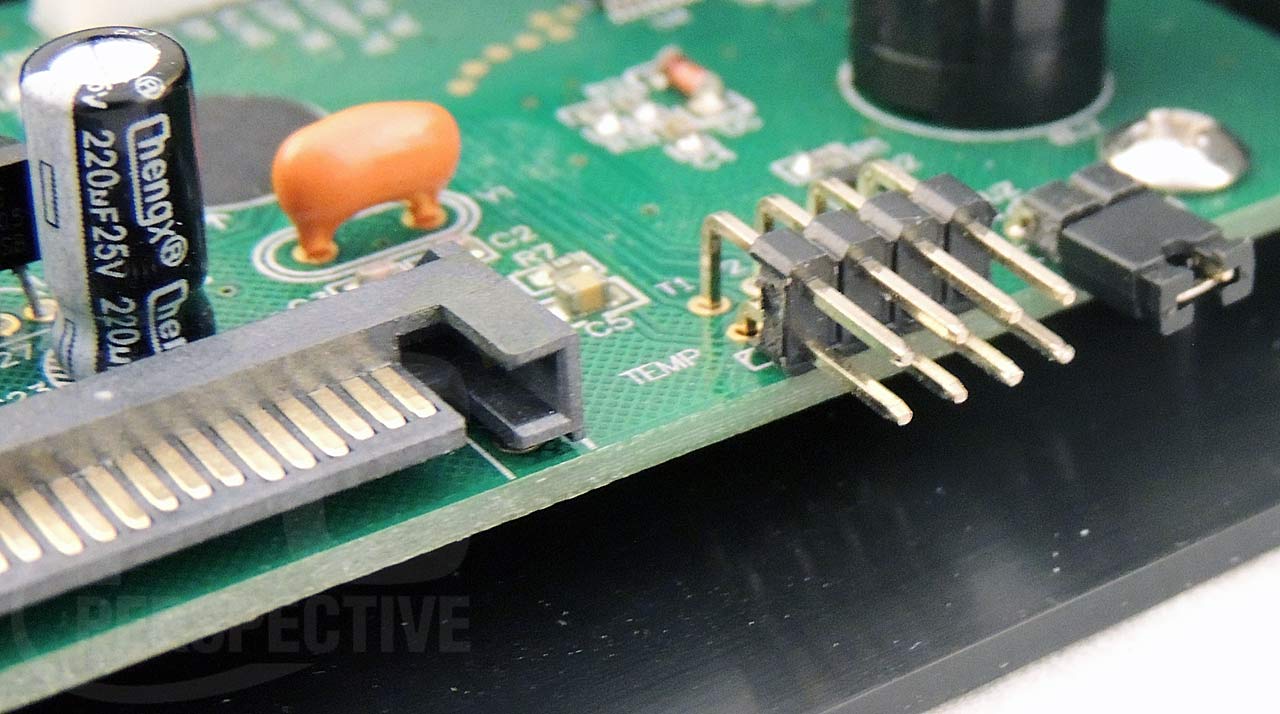 The left side of the PCB contains a 28 pin connector for the control cable connecting to the PCB at its front. Along the left rear edge are an integrated warning buzzer, a buzzer disable jumper, and an eight pin header for the four temperature meaurement cables. The buzzer can be disable by removing the jumper from the header pins. The temperature headers are labeled T1 through T4 with each channel tied to an upper and lower pin. Each temperature channel header can be connected to a temperature diode cable for temperature measurements displayed on the corresponding channels front panel section. 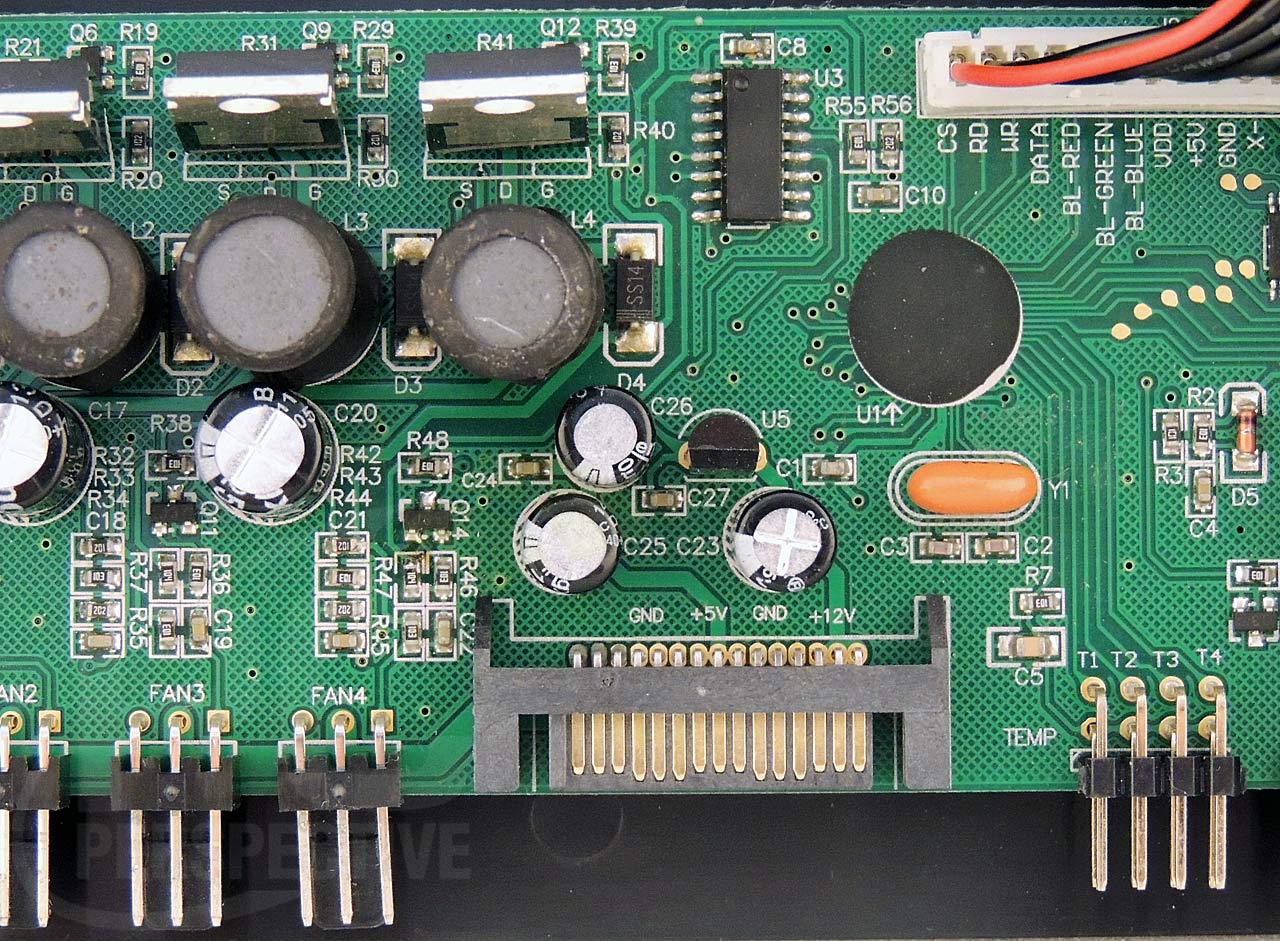 The middle and right side of the PCB contain the capacitors and variable resistors tied to each fan channel at the front of the PCB. Each variable resistor has an integrated heat sink for optimal operation. Along the back middle and left of the PCB are a SATA-style power connector and 4 3-pin fan headers labeled FAN1 through FAN4. The unit is powered via a SATA power cable from the PSU and supports a total of four fans connected to the fan headers using the included fan cables.

When powered, the Four-Eyes Touch displays temperature and fan speeds for each of the four channels in the upper four display sections, labeled I through IV. Values display only if temperature and/or fan cables are connected to the channel headers. Temperature displays in Celcius by default with fan speed reported in RPM (revolutions per minute). The lower left panel can be used to mute the warning buzzer or change the temperature display. The lower right panel can be used to change the display color or reset the display to default display parameters. 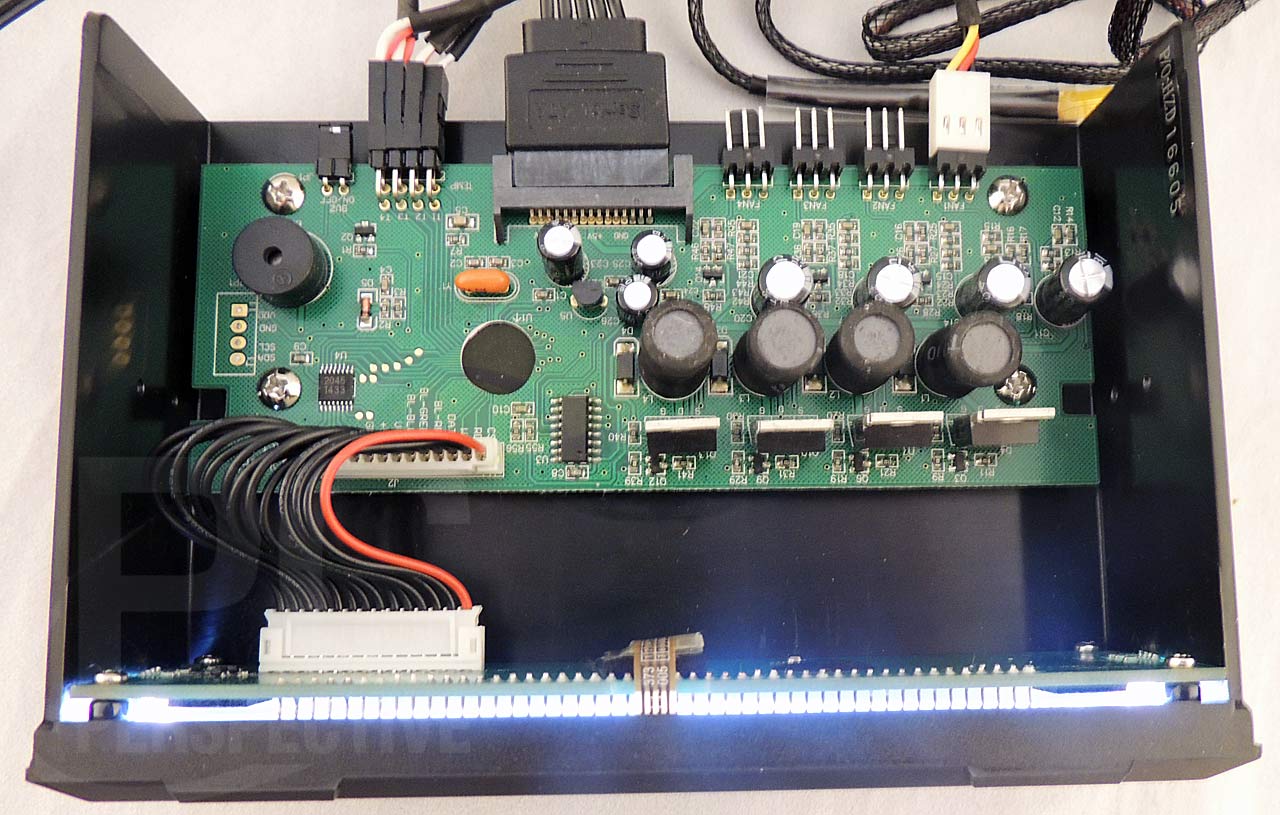 From the top view, you can see the LEDs driving the display color as well as how the temperature, power, and fan cables connect to the device lower PCB.

By default, the Four-Eyes Touch display runs with an aqua blue type color. Using the lower right touch panel, you can cycle the display colors through its seven supported colors: light blue, yellow, green, purple, blue, red, aqua (default). Touching the panel causing the panel to shift. If the panel is touched for longer than 5 seconds, the unit resets to default display settings.

To access the touch-based panel speed control, you must press on one of the upper fan channel panels for 3 seconds or more. The speed control panel is located in the lower middle section of the display, supporting changing fan speed by percentage. You simply slide your finger to change the speed value. The speed change reflects immediately with the fan. If set to 0%, the channel fan speed displays as OFF. 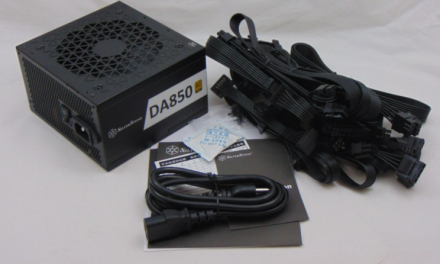 The SilverStone DA850 Gold Has A Fancy Grill 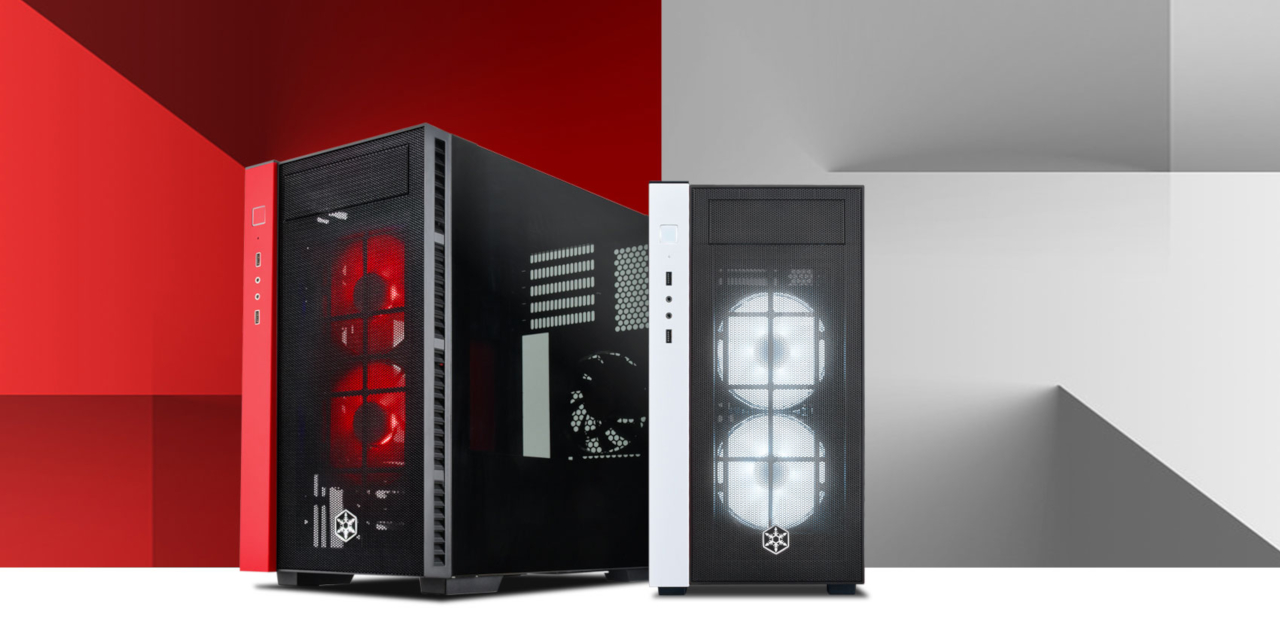