Reeven includes all necessary mounting hardware and accessories needed to setup and install the Brontes cooler into your system, including fans, motherboard and fan mounting hardware, and thermal compound. 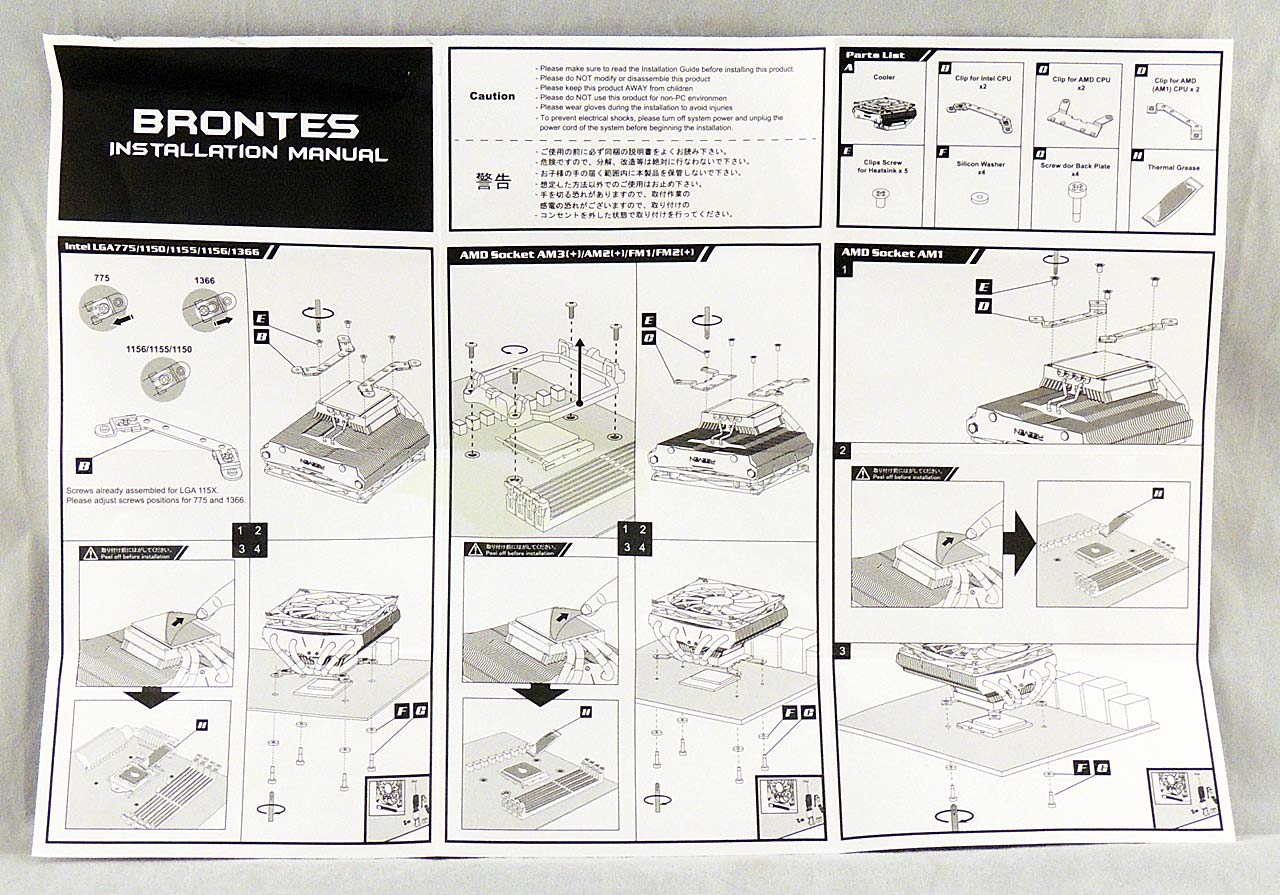 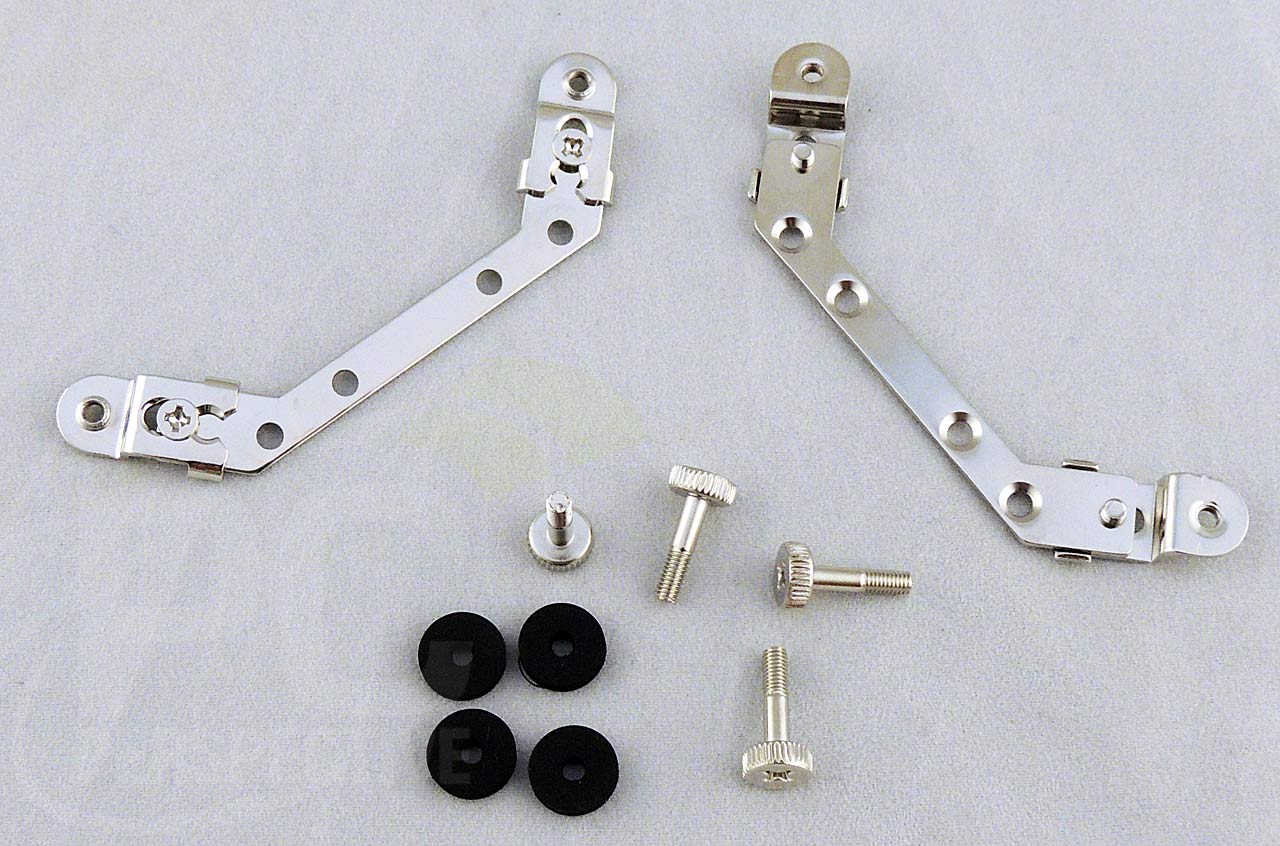 For mounting the Brontes to an Intel socket, the large C-shaped brackets are attached directly to the bottom of the cooler base plate. The threaded stand-offs go through up through the bottom of the board with the rubber washers sitting in between the head of the stand-off and the motherboard surface. Note that the stand-off heads are knurled for easy hand tightening with additional tightening done using a Phillips head screwdriver. Note that the unit supports LGA775, LGA115x, and LGA1366 sockets only. No support is provided for mounting the unit to an LGA2011 socketed motherboard (using an Intel X99 chipset). 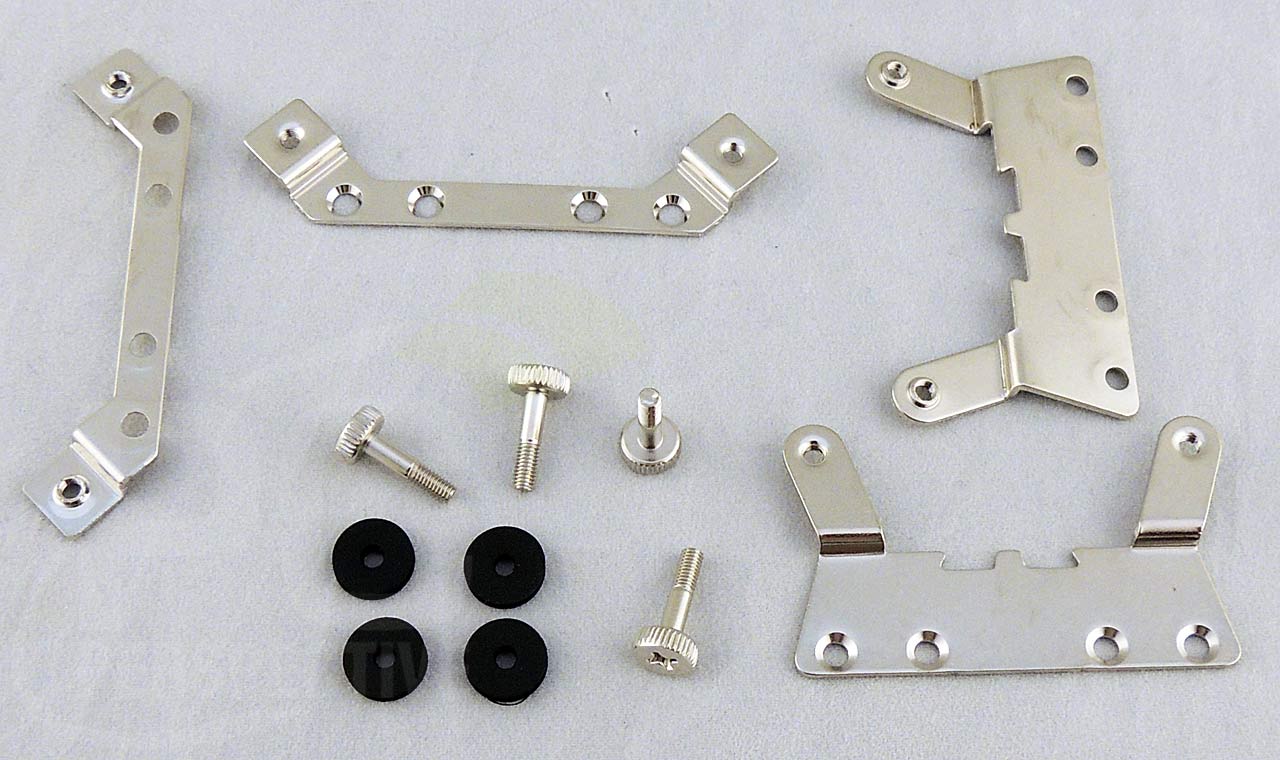 For mounting the Brontes to an AMD socketed motherboard, the small C-shaped brackets or the rectangular brackets with arms sticking out are attached directly to the bottom of the cooler base plate. The smaller brackets are used for an AMD AM1 socketed motherboard, while the large brackets are used to mount to an AMD AM2, AM3, FM1, or FM2 socketed system. Similar to the Intel-based assembly, the threaded stand-offs go through up through the bottom of the board with the rubber washers sitting in between the head of the stand-off and the motherboard surface./p> 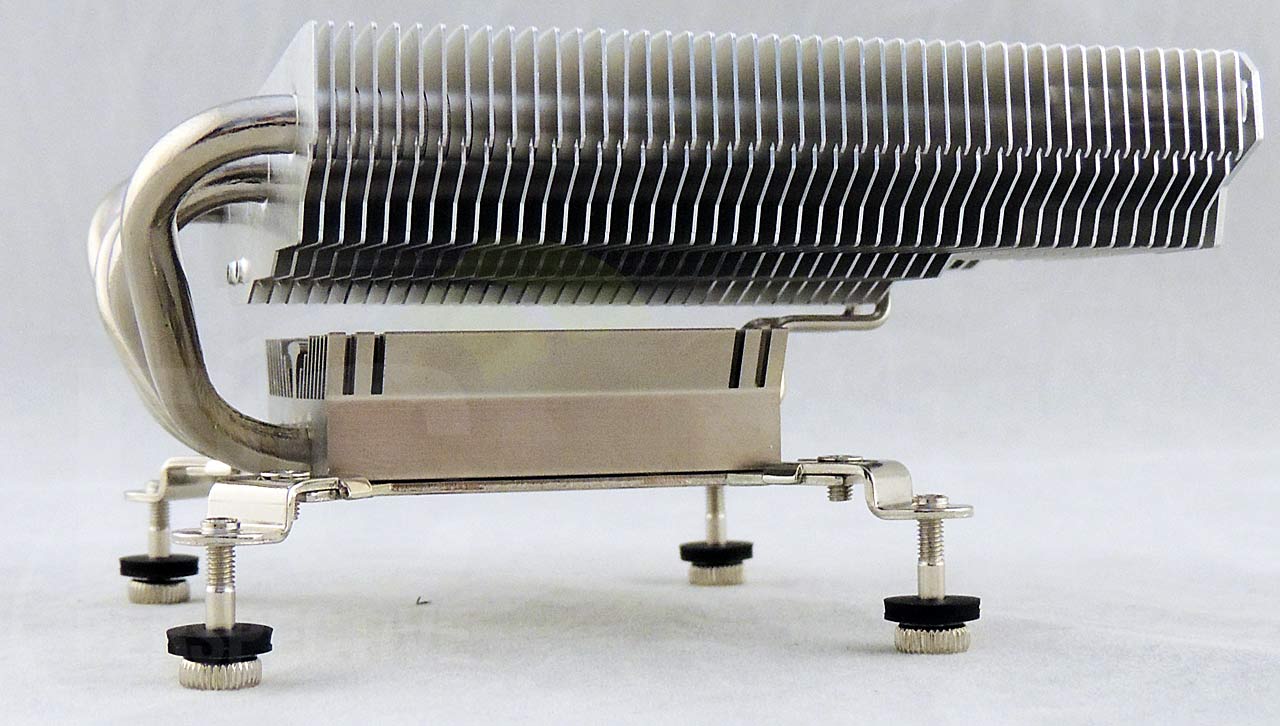 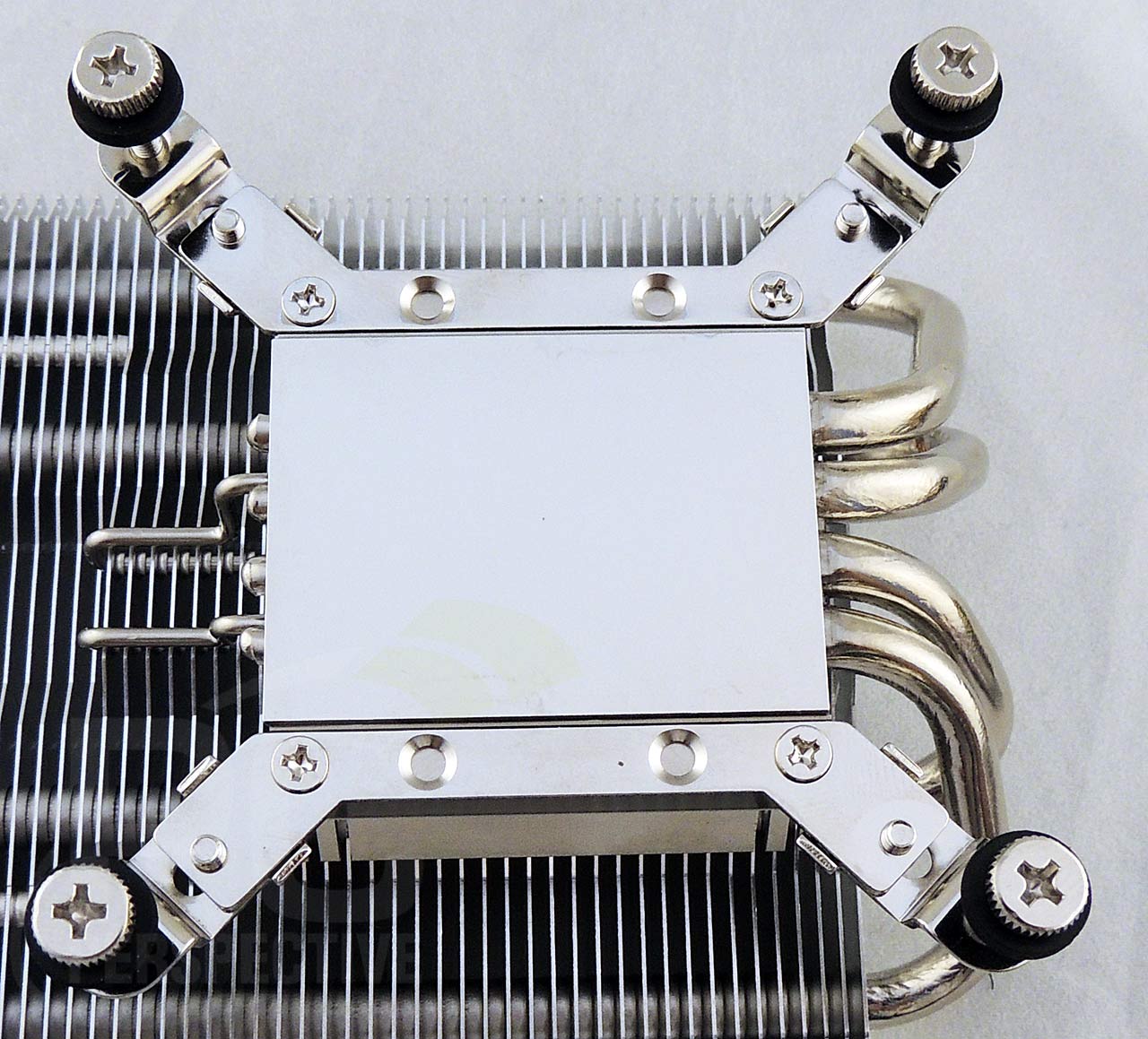 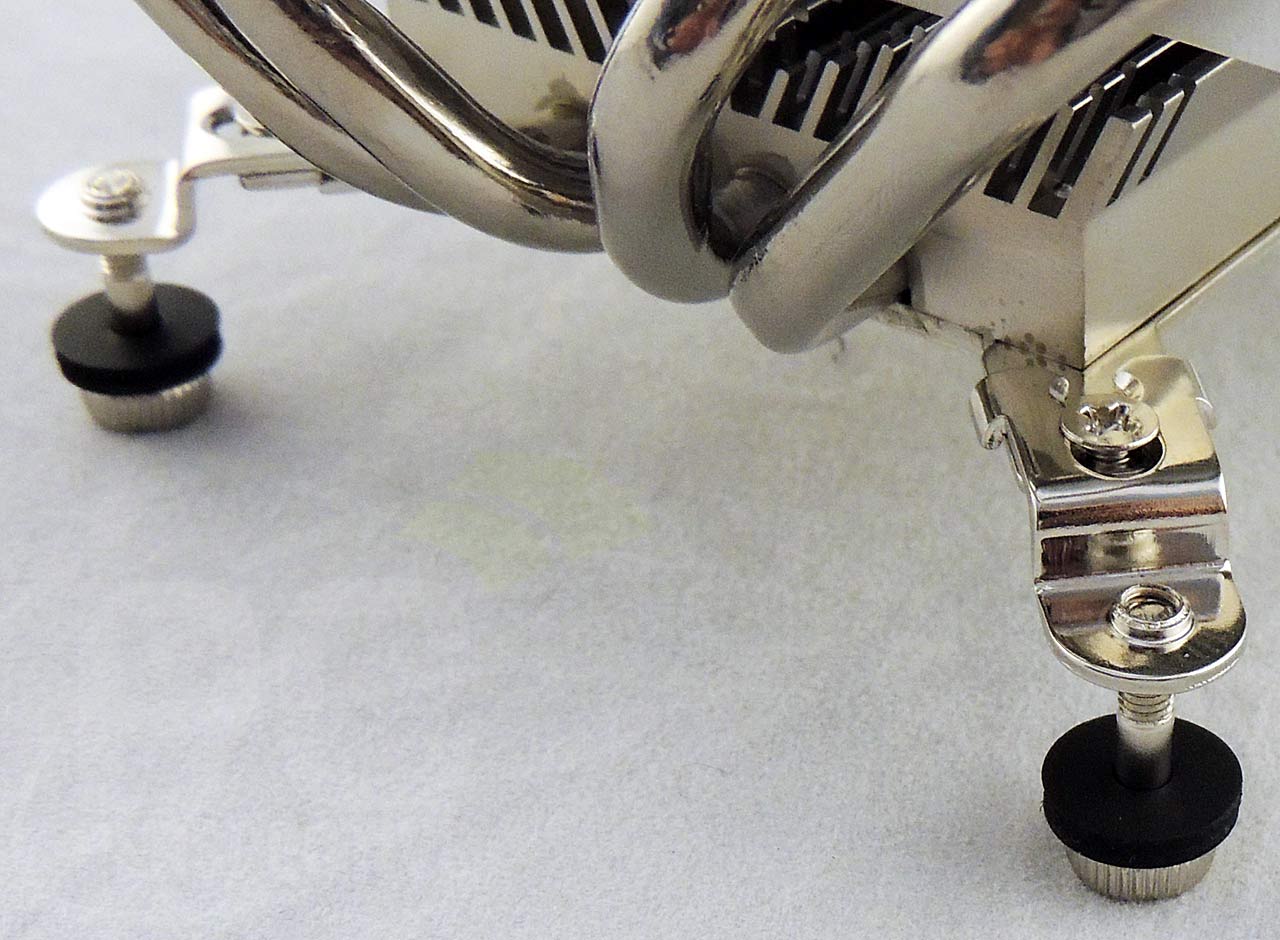 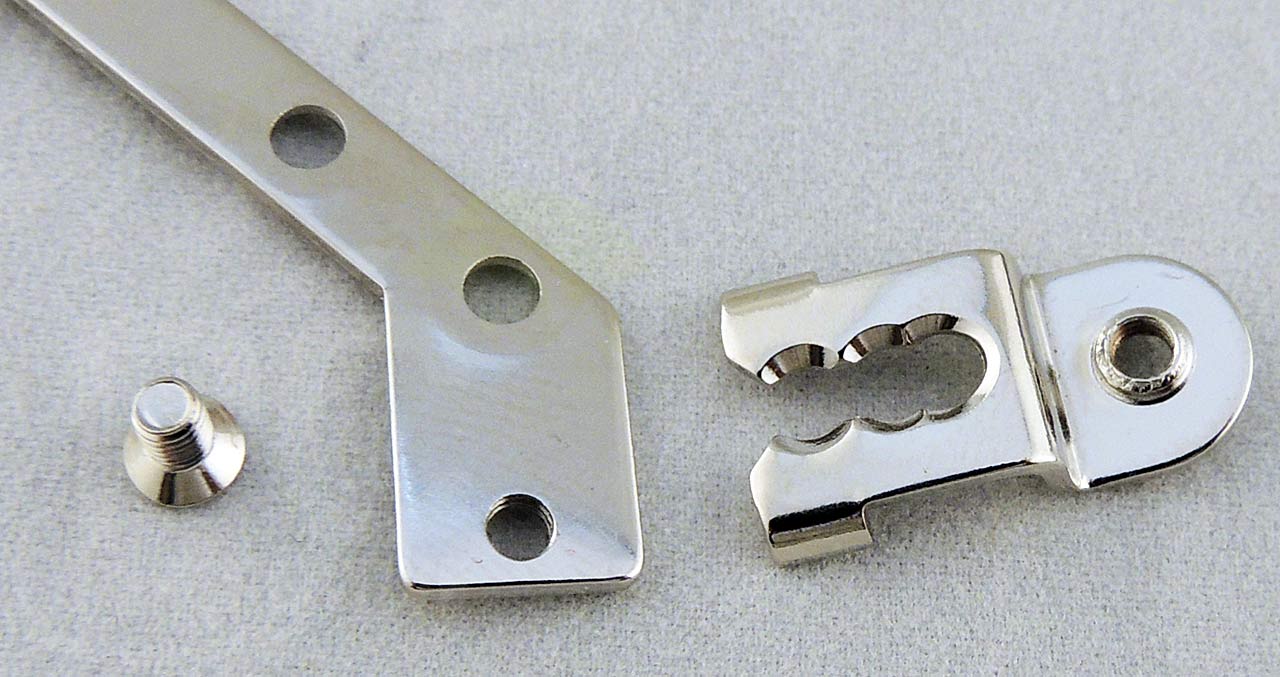 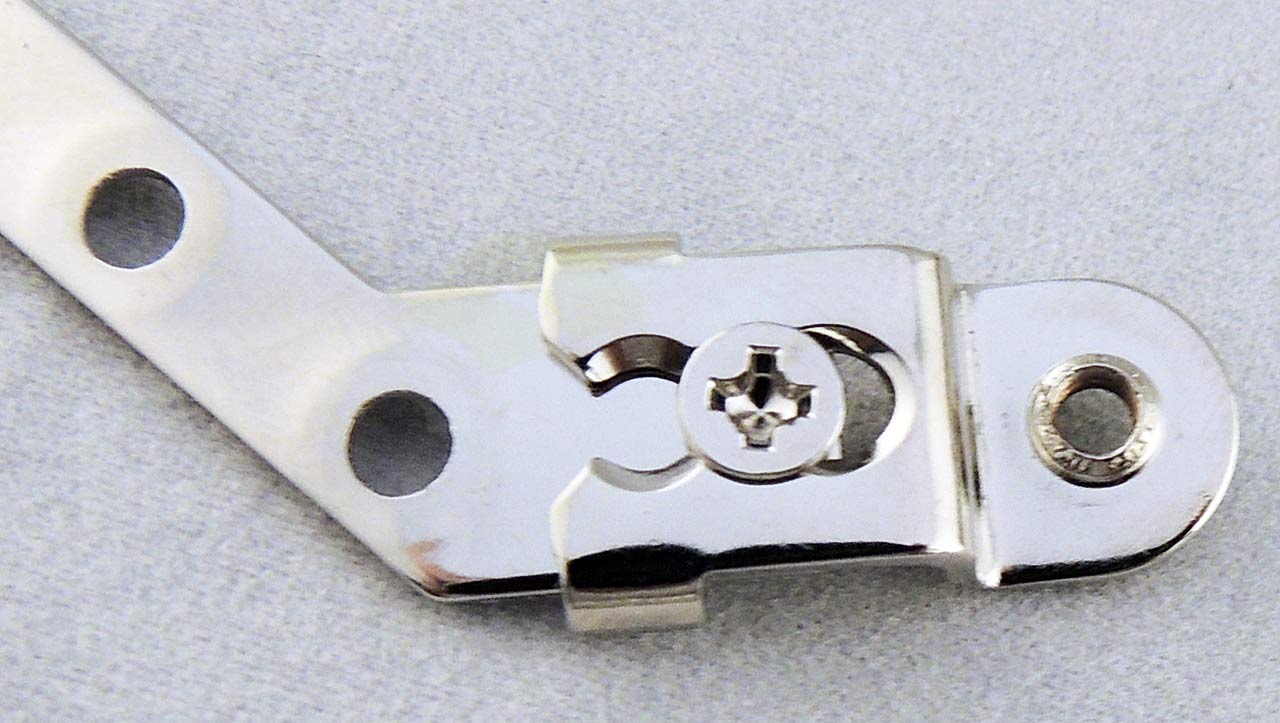 The bracket arms are made up of adjustable parts for the bracket to support multiple socket types. The upright mount point is embedded in a removable part with three holes, fixed in place to the main bracket body with a small Phillips head screw. The inside hole is used for LGA775-style sockets, the middle hole of LGA115X-style sockets, and the outer hole for LGA1366-style sockets. 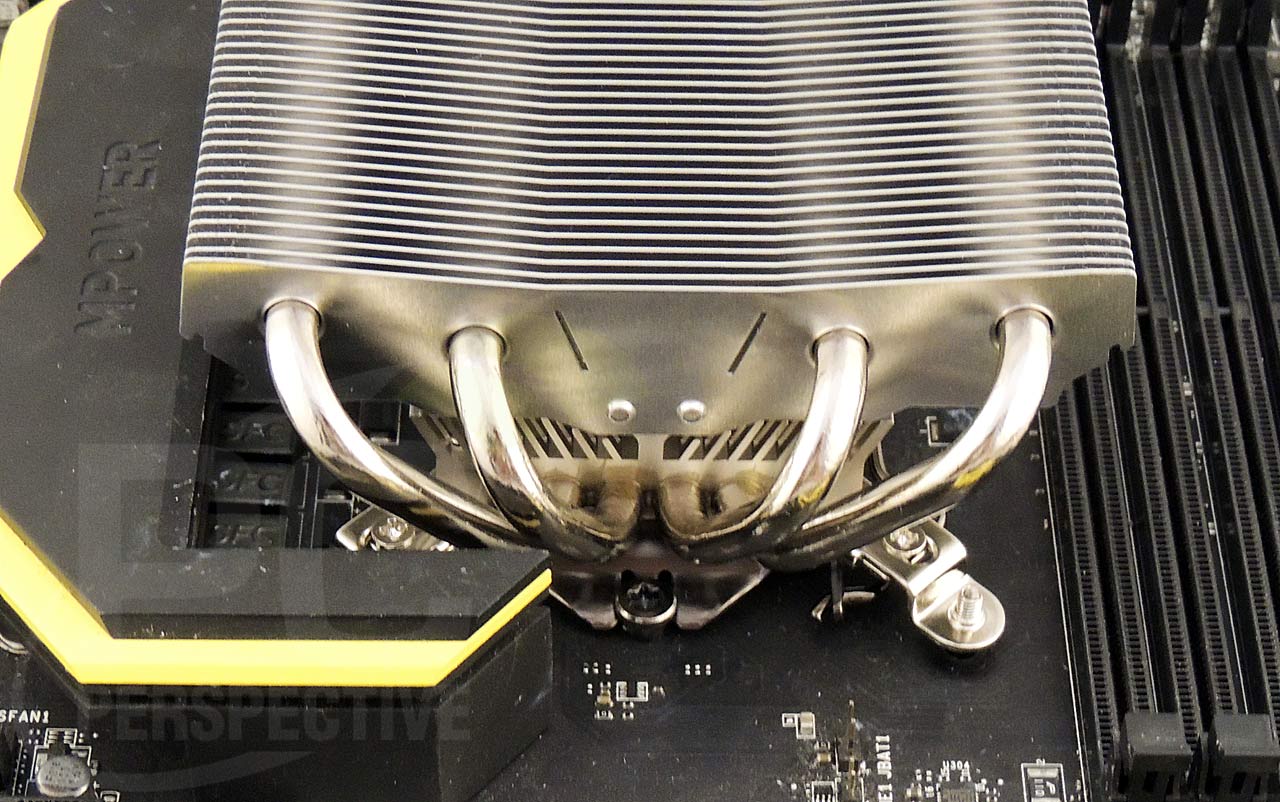 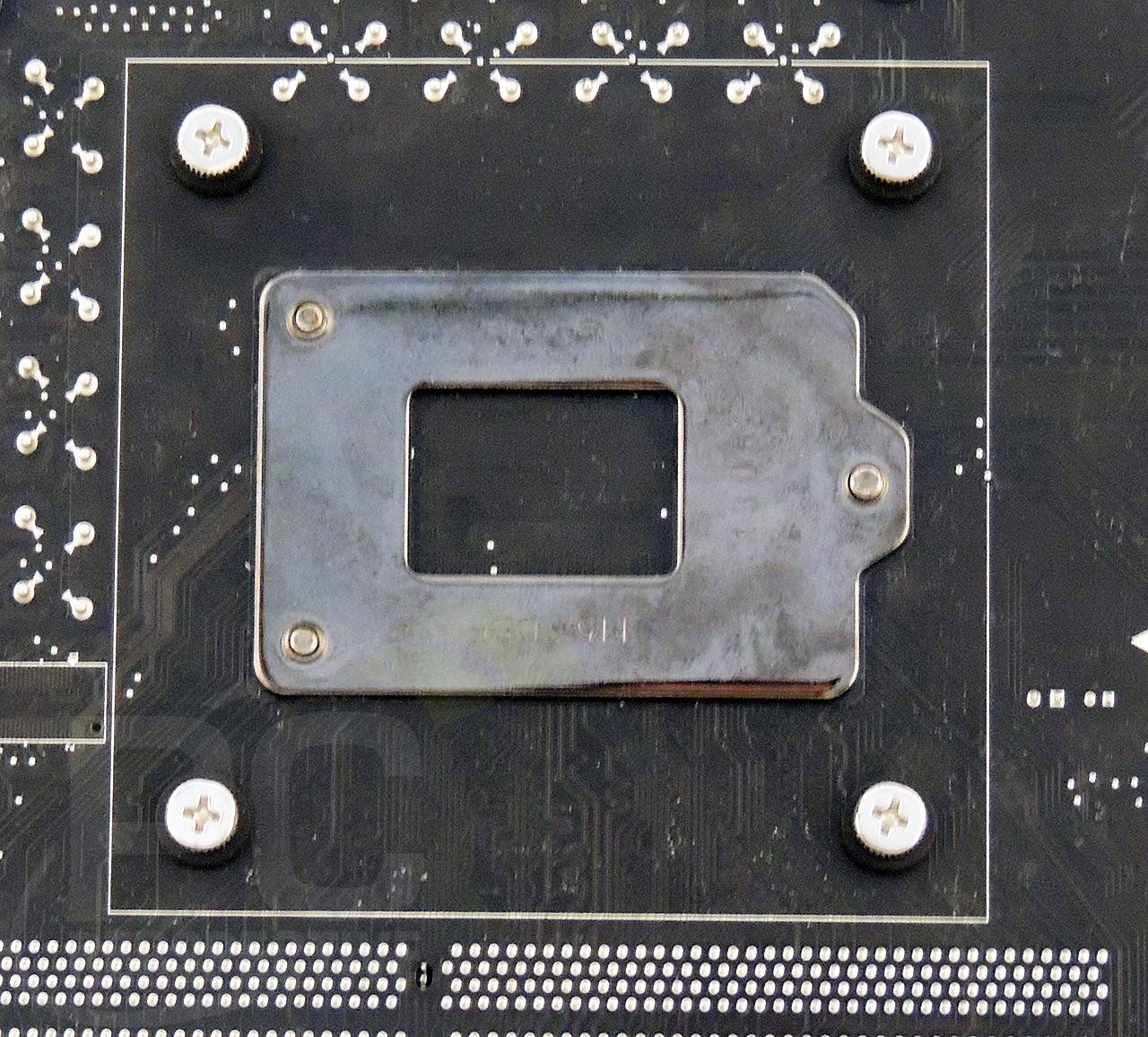 For any Intel-based motherboard, both the top and bottom mount points take up minimal space footprint on the board and do not conflict with any onboard components. The uprights fit through the board's mounting holes with no bottom plate required, minimizing any impact on circuity located behind the CPU socket. The uprights screw directly into the mount arms, which float above the surface of the board, effectively negating any board contact-related concerns.

Reeven included a single set of fan mounts to use the Brontest cooler in its default single fan configuration. 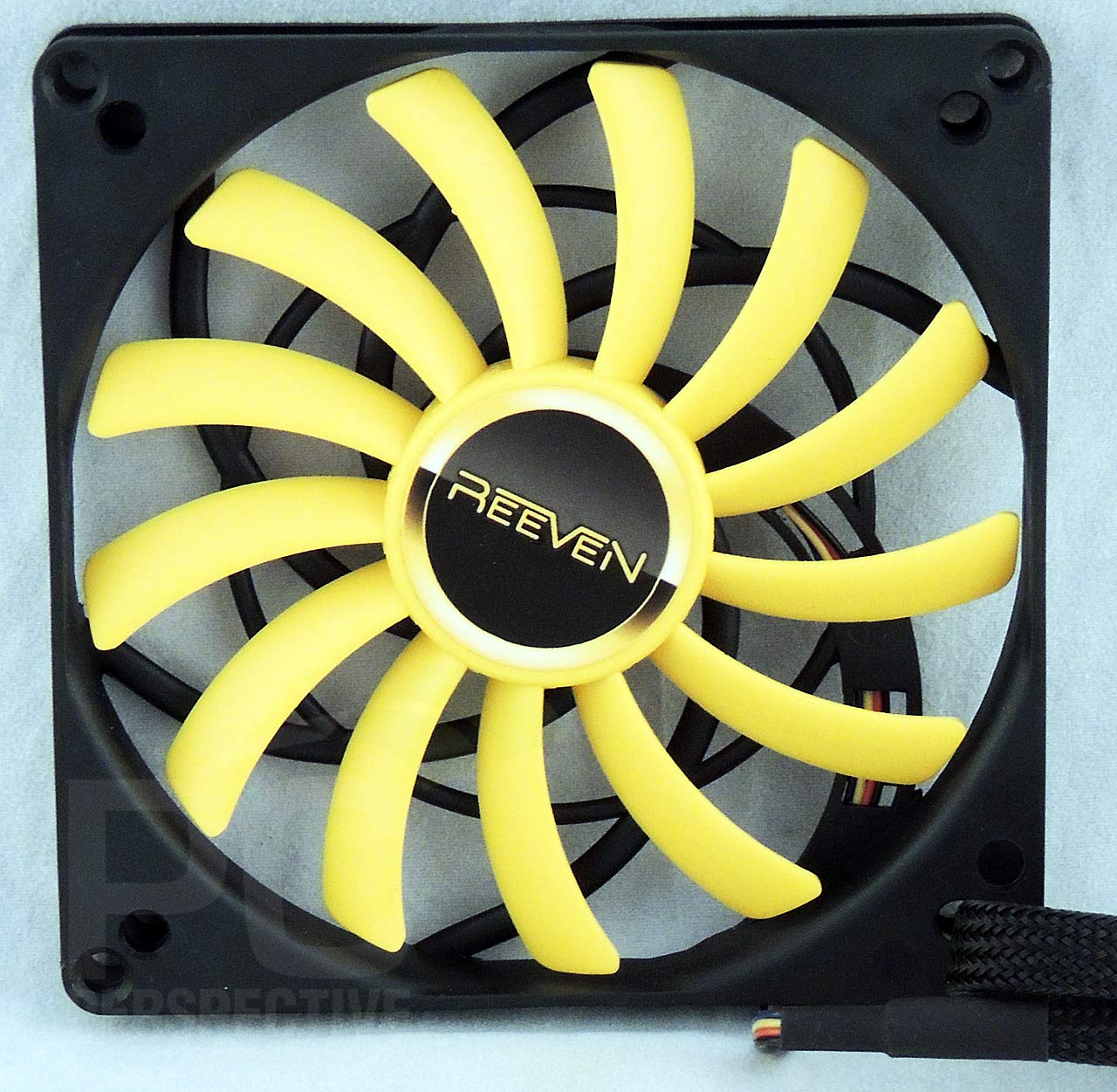 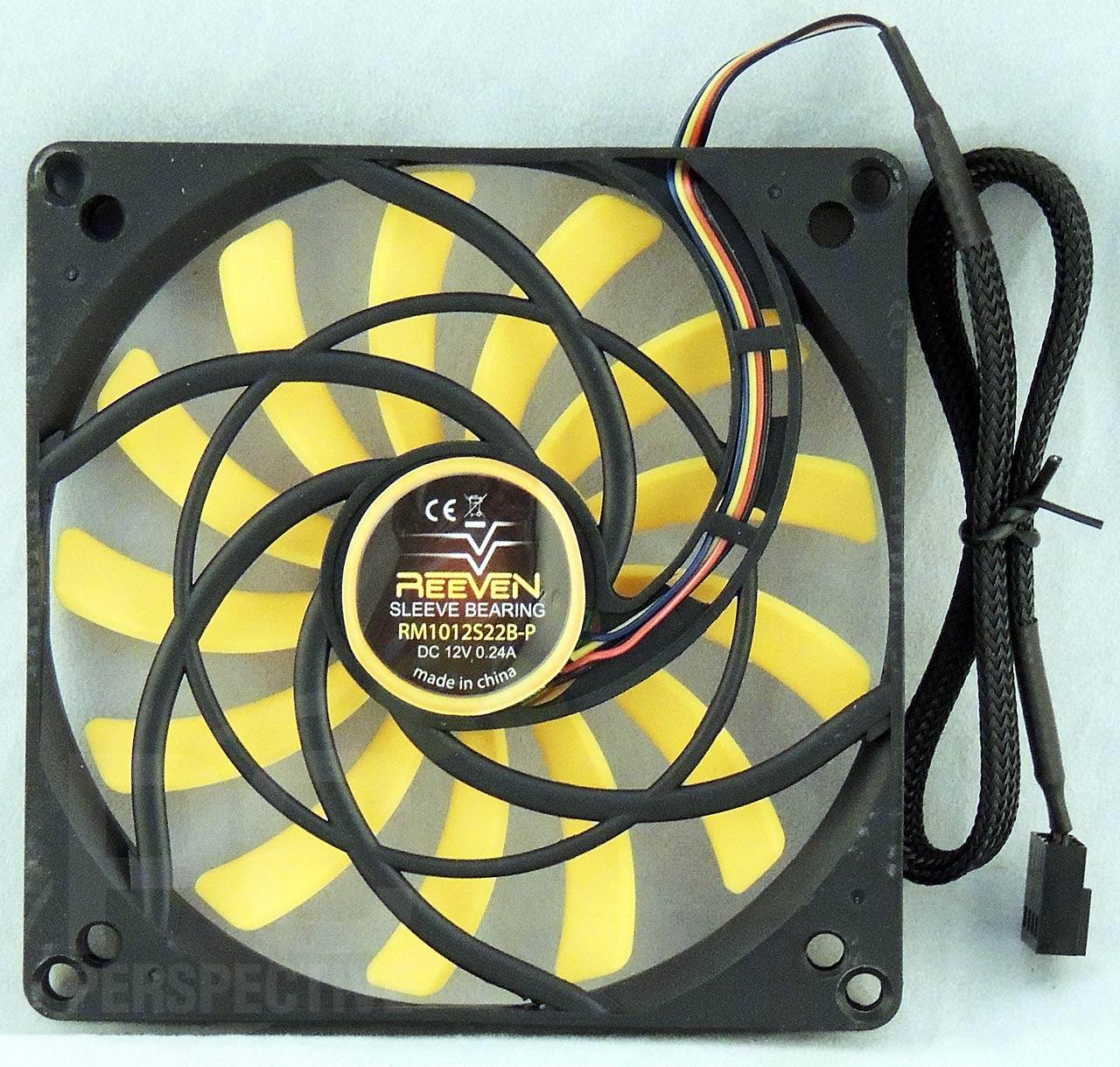 For the top-mounted fan, Reeven included their sleeve bearing 100mm fan. The fan is rated for a maximum speed of 2200RPM with a rated maximum airflow potential of 30.39 CFM (cubic feet per minute). The yellow colored fan body sits in a black colored housing with a total of 13 ultra-thin fan blades. Notice that the rear of the fan has directional guides to add turbulence to the airflow, assisting to alleviate the flow dead-spot at the fan center. The fan cables are sleeved in a dense, black colored plastic sleeving and ending in a 4-pin PWM-style power connector. The fans is rated to run at 12V, drawing 0.24 amps of power during full speed operation. 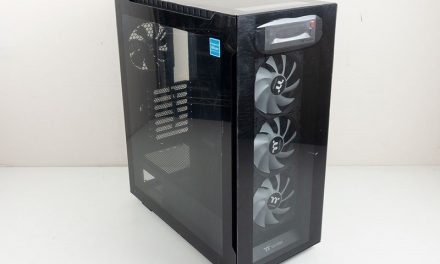 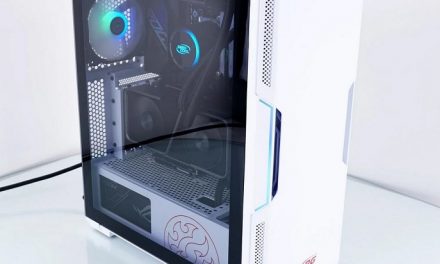