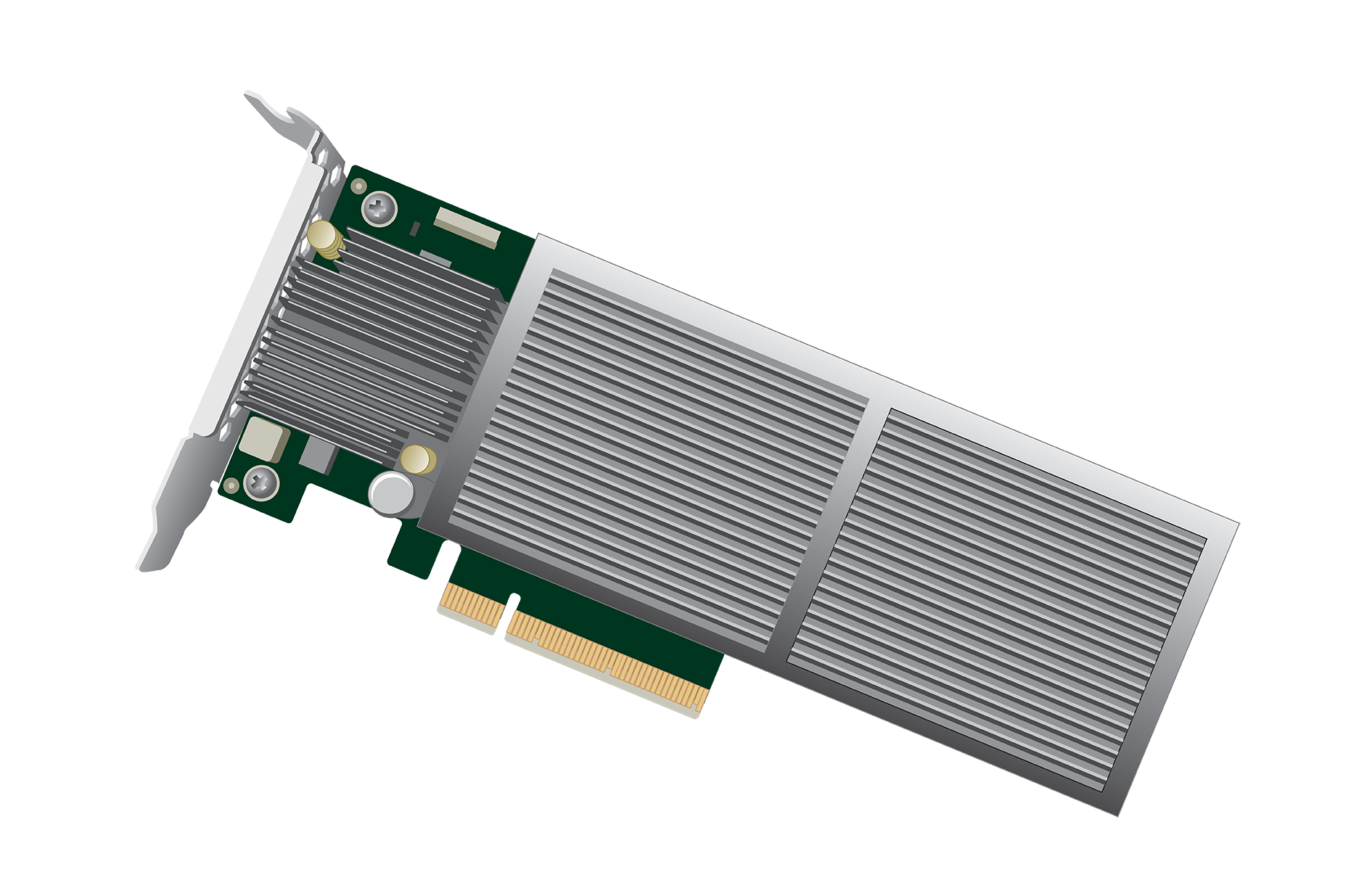 Today Seagate announced that they are production ready on a couple of NVMe PCIe SSD models. These are data-center tailored units that focus on getting as much parallel flash into as small of a space as possible. From engineering drawings, the first appears to be a half height (HHHL) device, communicates over a PCIe 3.0 x8 link, and reaches a claimed 6.7GB/s:

The second model is a bit more interesting for a few reasons. This is a PCIe 3.0 x16 unit (same lane configuration as a high end GPU) that claims 10 GB/s: 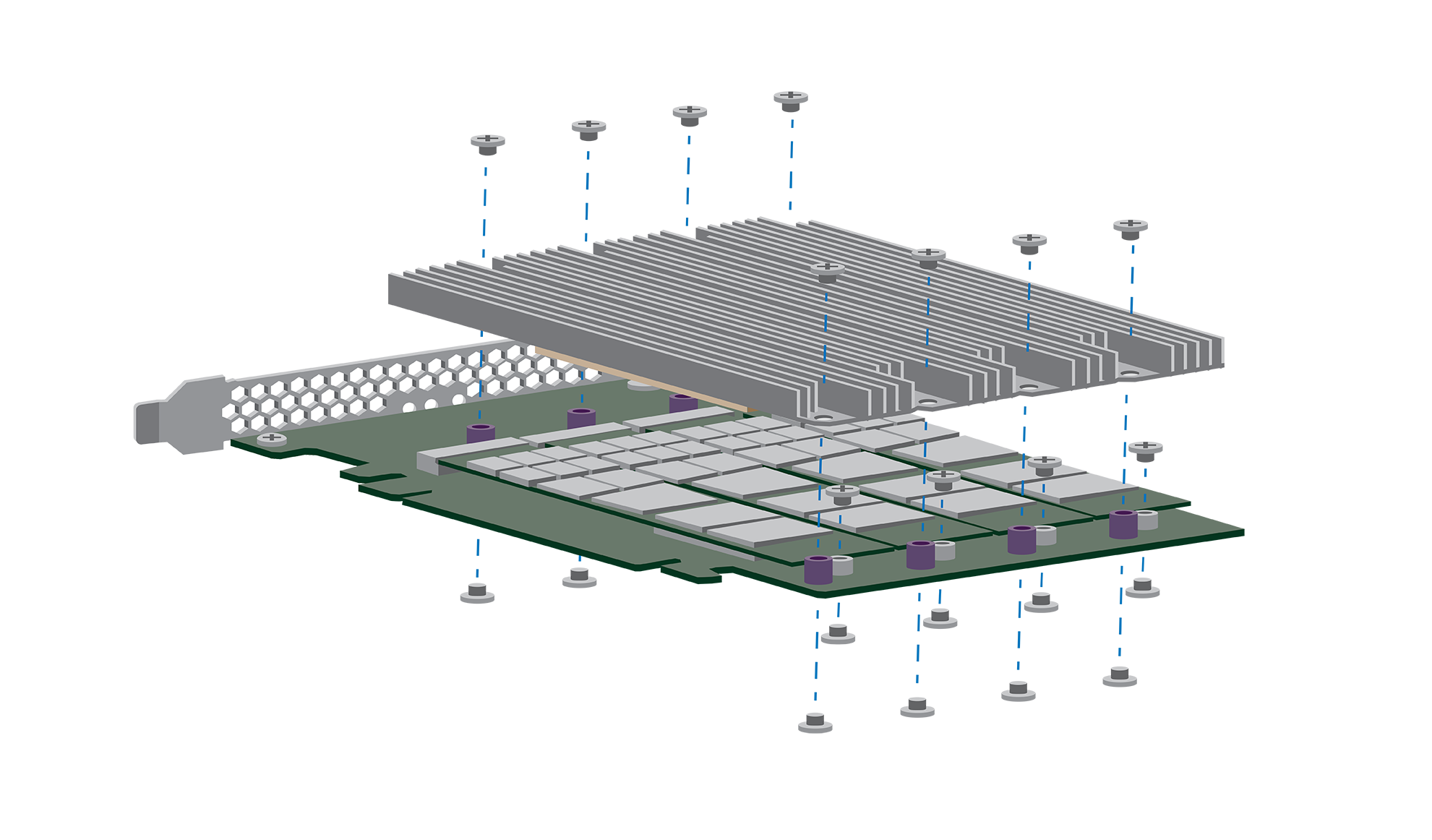 The second image gives away a bit of what may be going on under that heatsink. There appears to be four M.2 form factor SSDs in there, which would imply that it would appear as four separate NVMe devices. This is no big deal for enterprise data applications that can be pointed at multiple physical devices, but that 10 GB/s does start to make more sense (as a combined total) as we know of no single SSD controller capable of that sort of throughput. It took four Intel SSD 750’s for us to reach that same 10 GB/s figure, so it stands to reason that Seagate would use that same trick, only with M.2 SSDs they can fit everything onto a single slot card.

That’s all we have on this release so far, but we may see some real product pics sneak out of the Open Compute Project Summit, running over the next couple of days.

Full press blast after the break!

The 10GB/s unit, which is expected to be released this summer, is more than 4GB/s faster than the previous fastest-industry SSD on the market. It also meets the OCP storage specifications being driven by Facebook, which will help reduce the power and cost burdens traditionally associated with operating at this level of performance.

“Your data is only as good as how easily you can access it and put it to use,” said Brett Pemble, Seagate’s general manager and vice president of SSD Products. “Seagate is committed to providing the full spectrum of technologies to help meet the diverse needs of organizations so they can unlock this value. Whether for consumer cloud or business applications, this SSD will help improve on demands for fast access to information, where split seconds drive incremental value gains.”

The technology would work with any system that supports the Non-Volatile Memory Express (NVMe) protocol, which was developed by Seagate and other consortium vendors to replace the legacy Serial AT Attachment (SATA) standards and eliminate informational bottlenecks. NVMe helps reduce layers of commands to create a faster, simpler language between flash devices.

Organizations that would most benefit from this solution include those processing data for object storage or in real-time, where speed matters most for results, such as large-scale cloud providers and web applications, weather modeling, or statistical trends analysis. The unit could be used in an all-flash array or as an accelerated flash tier with hard-disk drives (HDDs) for a more cost-effective hybrid storage alternative.

“Technology advancements continue to stretch the limits of SSD speed and performance due to growing enterprise demands that require fast data processing at scale,” said Gregory Wong, founder and principal analyst, Forward Insights. “Seagate has effectively rewritten the rules for performance with this latest SSD unit. Based on our latest analysis, Seagate is already the leading provider to the emerging PCIe OCP market.”

In addition to the 10GB/s SSD technology, which accommodates 16-lane PCIe slots, Seagate is finalizing a second unit for eight-lane PCIe slots, which still performs at the industry-leading throughput of 6.7GB/s, and is the fastest in the eight-lane card category. The eight-lane solution will provide an alternative for organizations looking for the highest levels of throughput speed but in environments limited by power usage requirements or cost.

Both the 16 and eight-lane SSD units have been made available to Seagate customers and are expected for product launch in summer 2016. They will be on display at the upcoming Open Compute Project Summit 2016 in San Jose, Calif. March 9-10 at Seagate’s booth [#C12]. 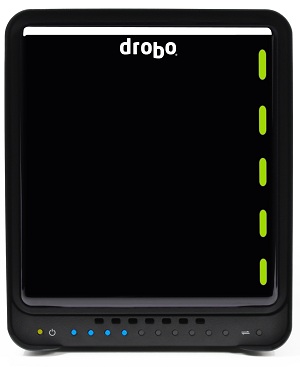 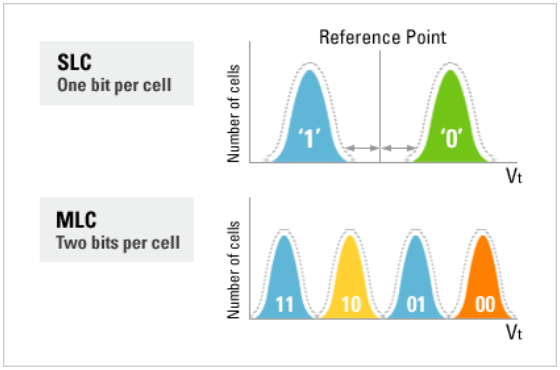