Looking to build a new PC for VR gaming at the $1500 budget? Check out our guide right here!

I have already given suggestions for a minimum specification build, with a target price of just $900, in a previous build guide. Today we are going to up the ante a bit more with some additional cash. What can we change and upgrade if given a budget of $1500 for a PC that will handle VR and standard PC gaming? 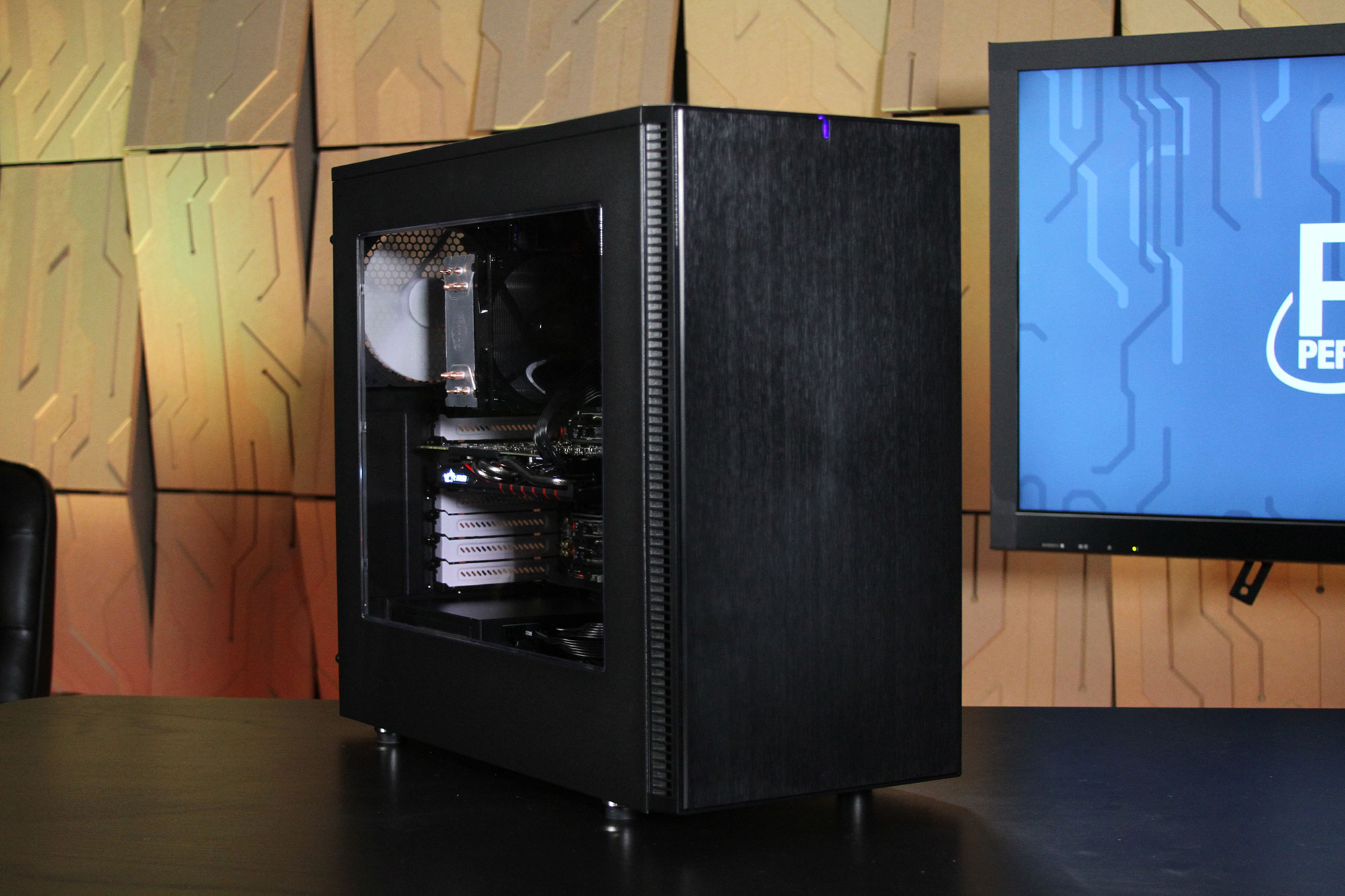 It turns out you can get quite a jump in performance with that added budget:

For those of you interested in a bit more detail on the why of the parts selection, rather than just the what, I have some additional information for you. 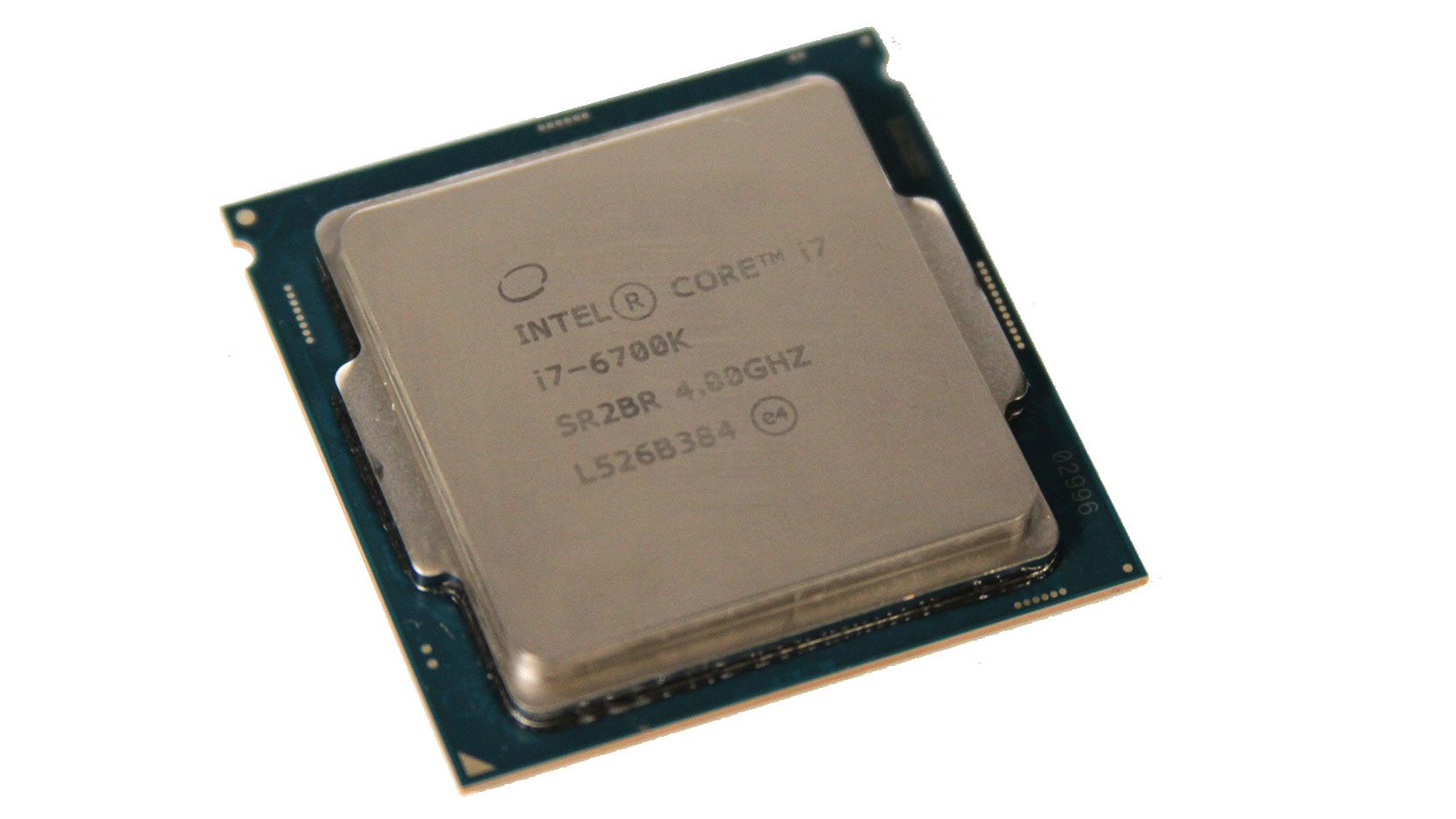 The Core i7-6700K is the highest end consumer processor in Intel's lineup based on the Skylake architecture. This part is a quad-core CPU with HyperThreading enabled that allows for eight threads of processing at an extremely high base clock of 4.0 GHz. Even better, because of the K-designation, if you chose to venture into the world of overclocking, you'll be able to hit 4.5-4.7 GHz with little effort. The MSI Z170A Gaming M5 motherboard has all the overclocking features you'll need to get the job done while also including support for SLI and CrossFire multi-GPU setups, USB 3.1, dual M.2 storage connections and an improved audio interface. We were able to bump from 8GB to 16GB of DDR4 memory in this budget - a benefit for more than just gaming. 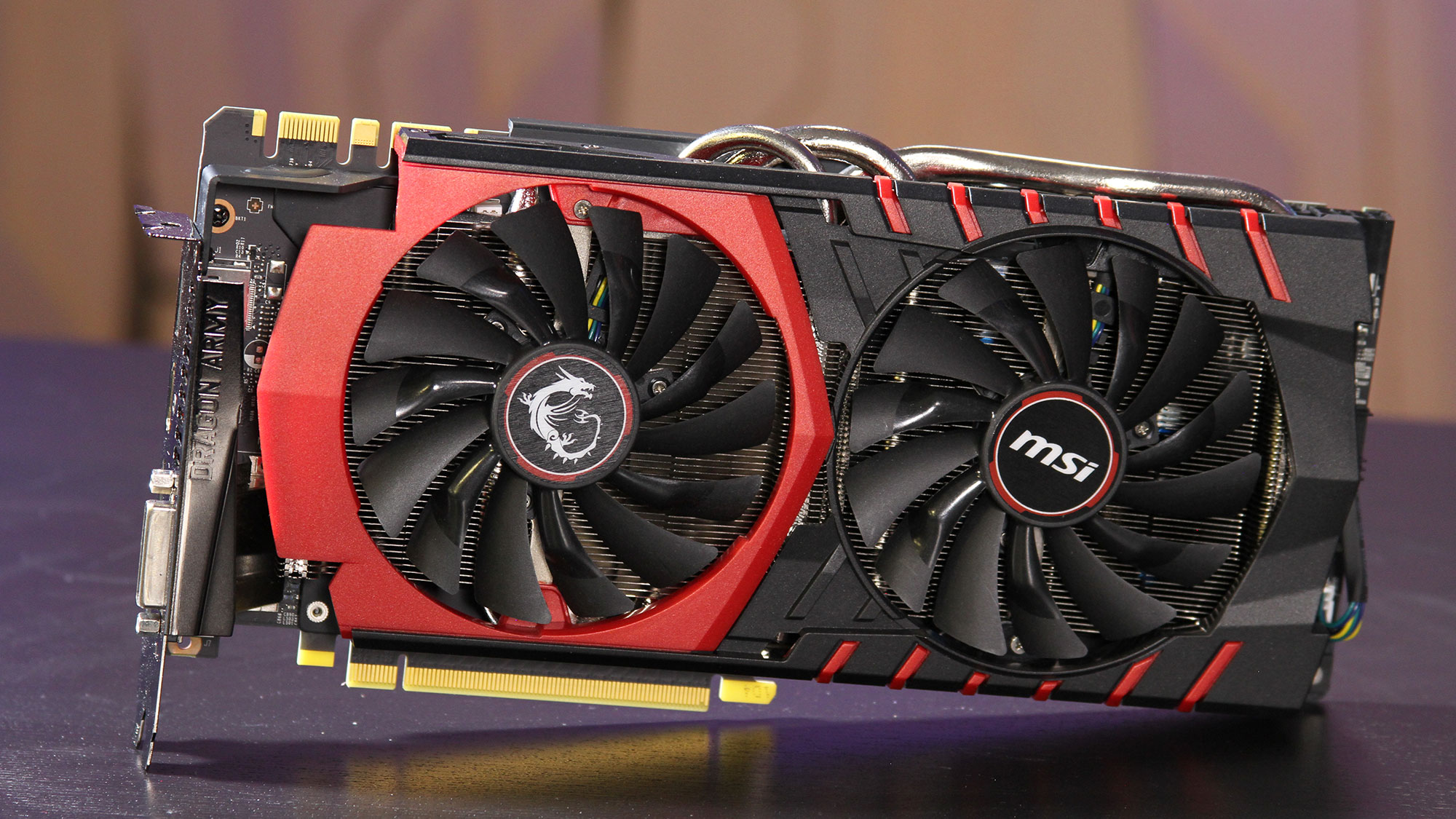 MSI is also the manufacturer of the NVIDIA GeForce GTX 980 graphics card we have selected, a a product that is easily the most important (and most expensive) component for your gaming and VR PC. With 4GB of GDDR5 memory, 2048 CUDA processing cores and the highest level of software and driver support for modern GPUs, the GTX 980 nets you anywhere from 15-25% additional performance over the GTX 970 from our $900 VR system build. For users considering an AMD option, the Radeon R9 390X and the Radeon R9 Nano are both fantastic options as well.

Our storage system combines both a Samsung 500GB 850 EVO SATA-based SSD and a 2TB hard drive from Seagate. The SSD is a necessary purchase for a gaming PC, with huge performance advantages from Windows start times to level loads, and the 500GB capacity gives you room for 10-15 full PC games (based on the install size of course) without having to worry about managing storage too often. The 2TB hard drive can be used for other media you need to store. 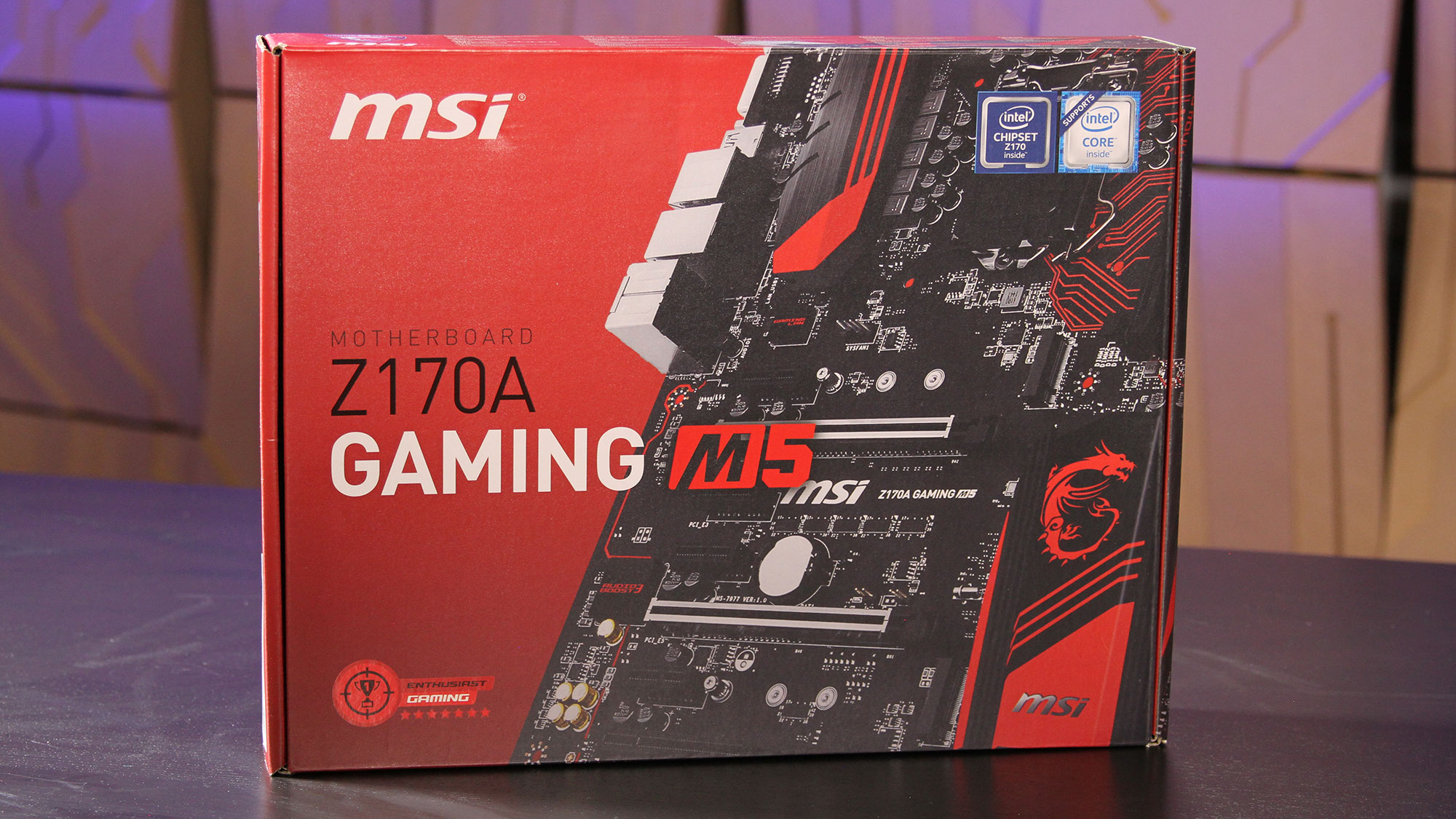 The Seasonic X650 power supply is a great unit that is reliable, quiet but also has enough juice to keep these components going. The Cooler Master Hyper 212 EVO again makes an appearance as a fantastic cooler at a great price. And rounding out the hardware is the Fractal Design Define S windowed chassis, a $110 case that has room for water cooling, includes a pair of fans for airflow, supports mostly toolless installation and even includes sound absorbent material for noise reduction. It's a great case to build in and I think it looks amazing too. There is just one caveat - no optical drive bays! Keep that in mind if you are attached to your Blu-ray collection.

You won't find a deep dive of performance testing in this VR build guide but we did want to give potential builders an idea of how this system looks. Since it exceeds all the recommended specifications from both Oculus and HTC/Valve, it should be capable of running all the launch games on either platform. 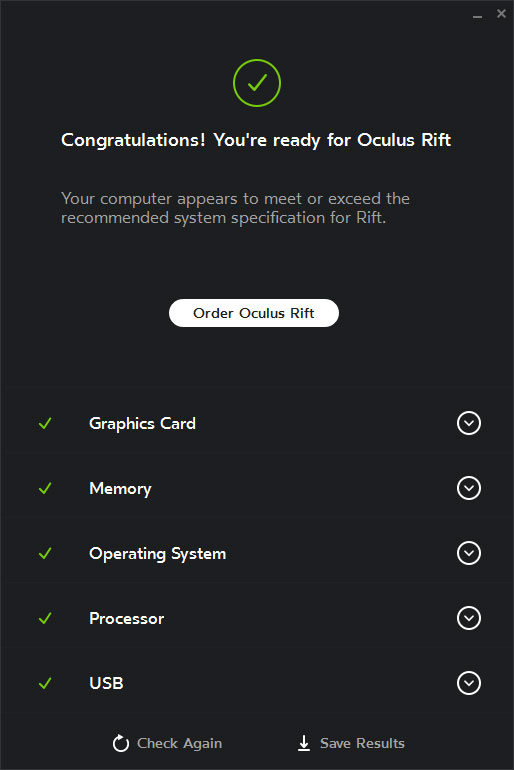 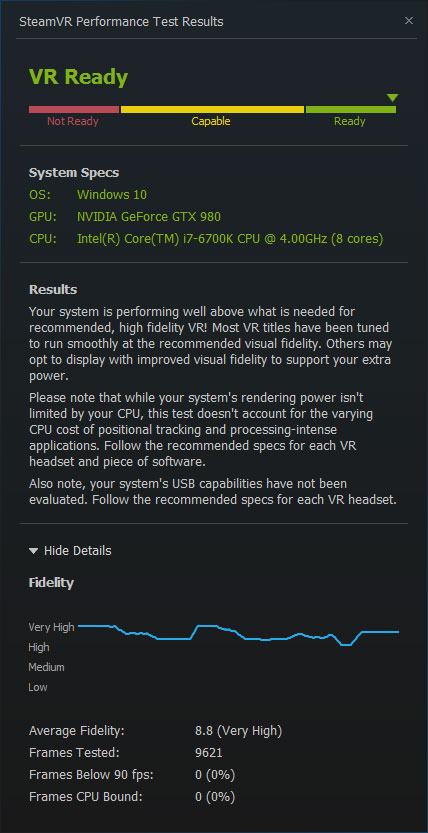 The results are impressive with the Core i7-6700K and the GeForce GTX 980 at the helm, bringing in a Fire Strike score 21% faster and a SteamVR performance score 23% higher than our $900 VR system. The needle is nearly at the maximum position on the "VR Ready" spectrum for SteamVR so clearly Valve believes that a system using this hardware is not only ready for VR today but that it will be ready for some time. 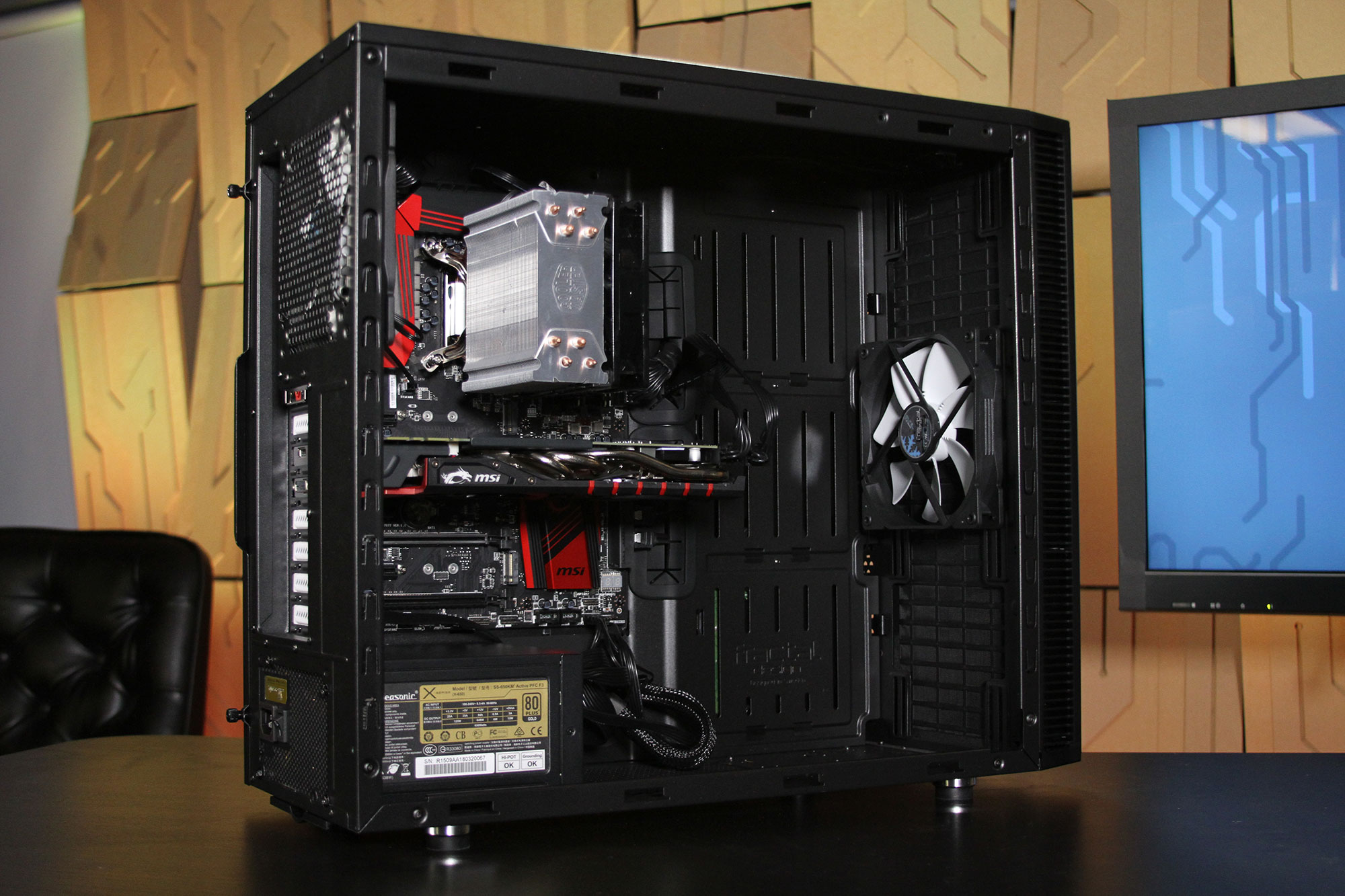 As it turns out the additional $600 of budget for this VR system build gives more performance head room than we originally expected. The upgrade to a quad-core HyperThreaded processor doubles the addressable threads for applications and games while the move from a GTX 970 to a GTX 980 means we see a sizeable improvement in rendering capability. We've double the SSD capacity, used a motherboard with additional features and accessories and doubled our DDR4 memory to 16GB. That's a drastic improvement and any PC gamer would be happy to have this rig as their own.

There's only one more place to go now...more money! 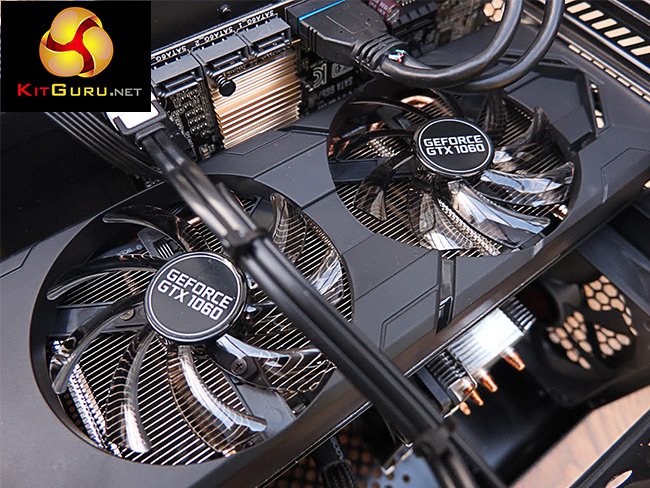 Prefer your GTX 1060 to arrive packaged in a full system? Overclockers UK can do that with the Titan Neutron 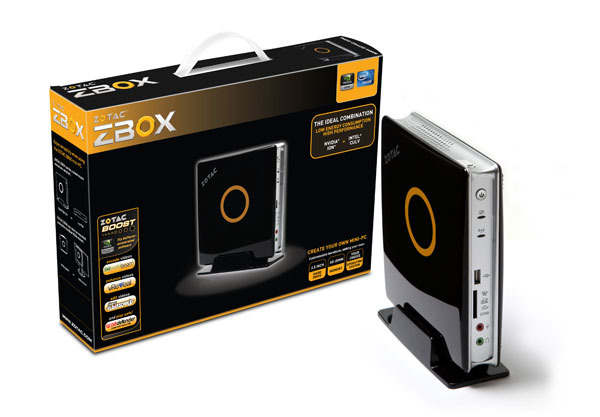 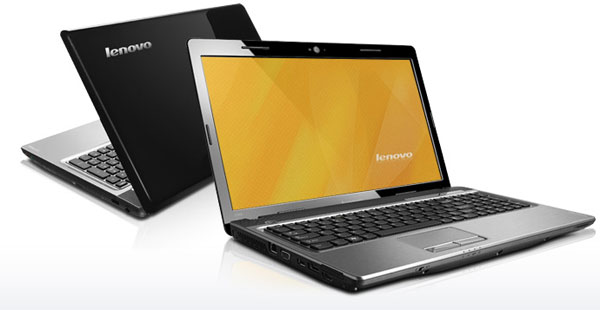