Intro and Xbox One

Guest columnist Jim Tanous stops by to talk to us about Xbox One and PS4 streaming to your PC. Which is better?

Both Microsoft and Sony now offer streaming from their respective current generation consoles to the PC, but via quite different approaches. For PC owners contemplating console streaming, we set out to discover how each platform works and compares, what level of quality discerning PC gamers can expect, and what limitations and caveats console streaming brings. Read on for our comparison of Xbox One Streaming in Windows 10 and PS4 Remote Play for the PC and Mac.

Xbox One Streaming in Windows 10

Xbox One Streaming was introduced alongside the launch of Windows 10 last summer, and the feature is limited to Microsoft's latest (and last?) operating system via its built-in Xbox app. To get started, you first need to enable the Game Streaming option in your Xbox One console's settings (Settings > Preferences > Game DVR & Streaming > Allow Game Streaming to Other Devices). 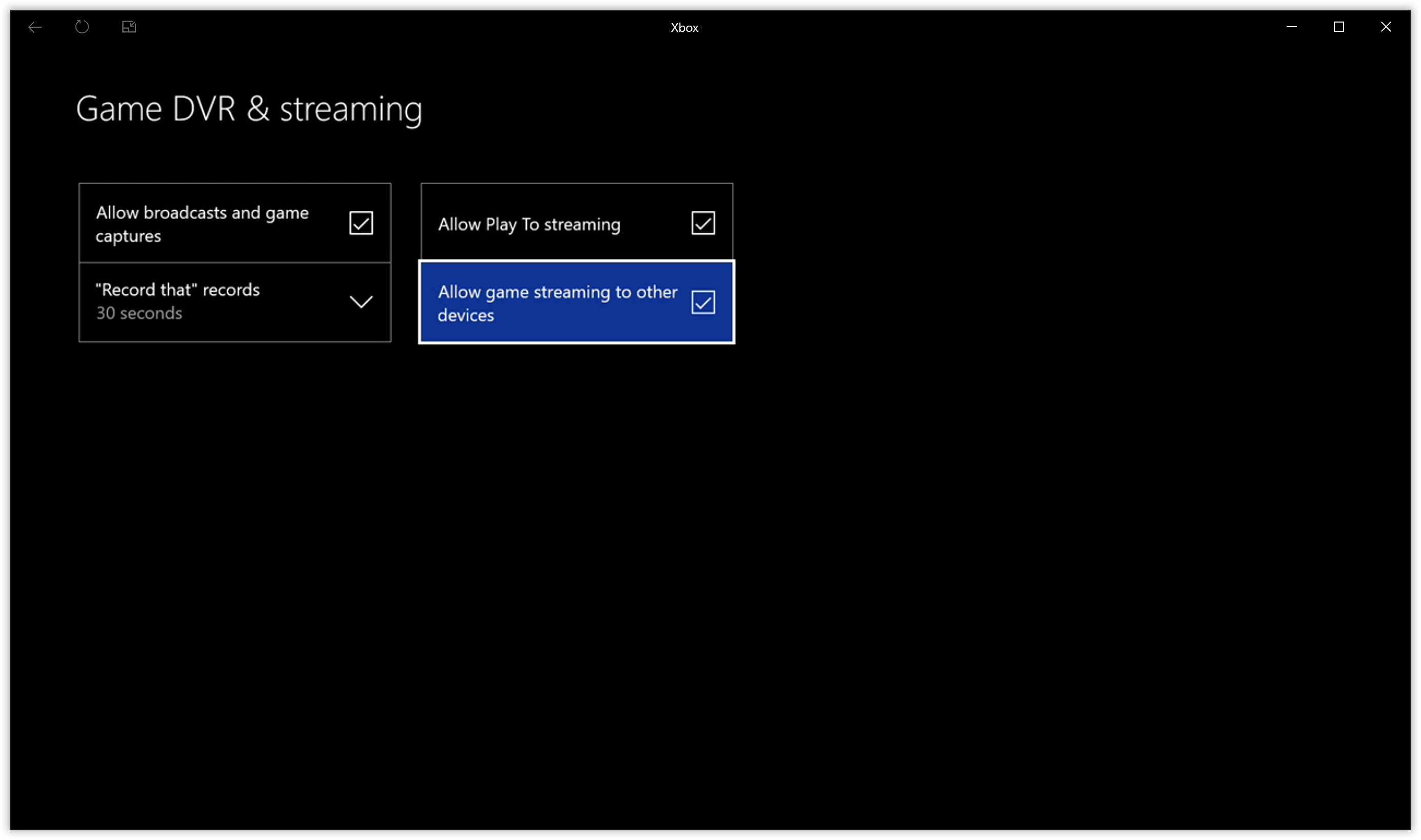 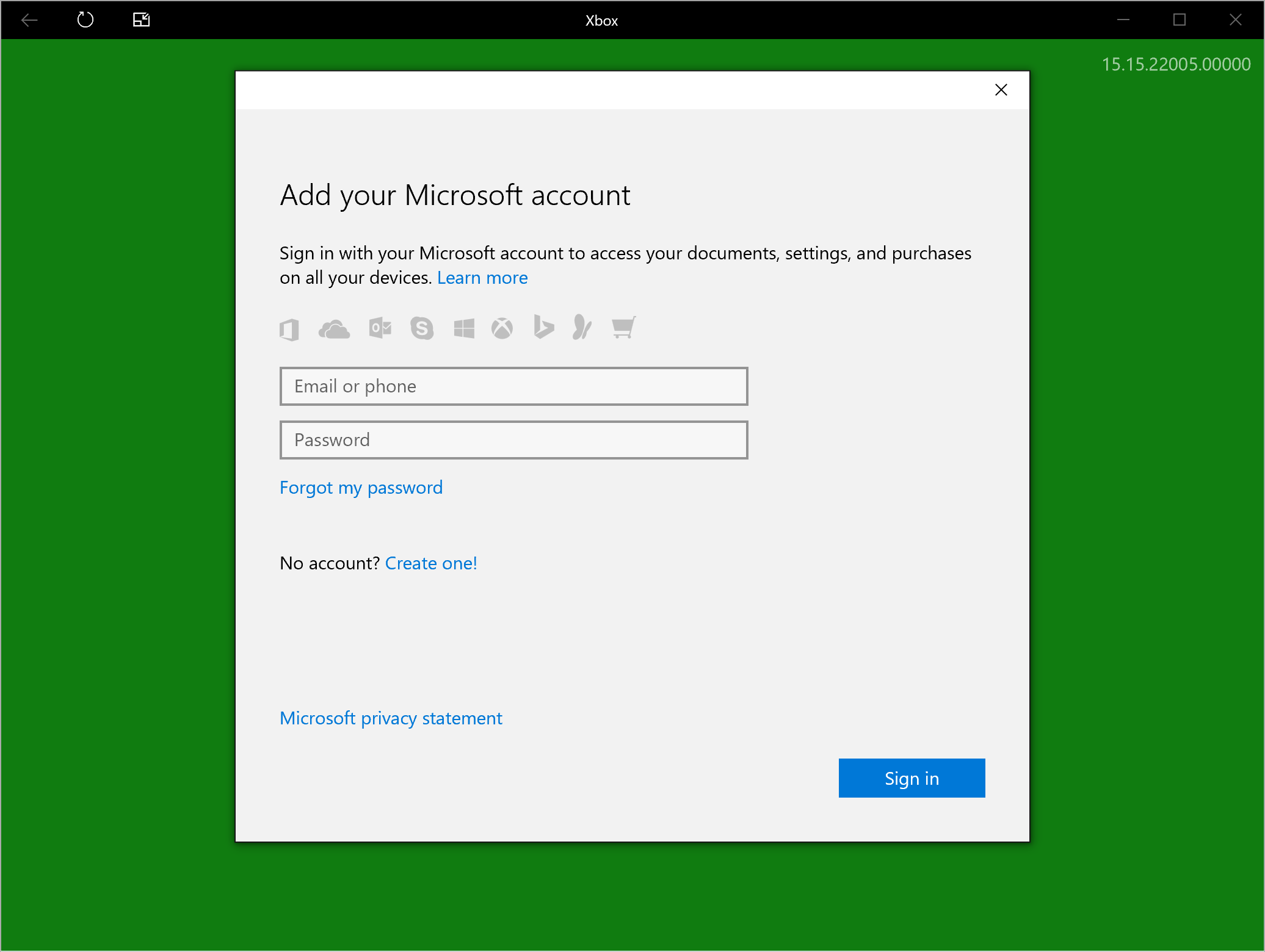 Note, however, that as part of Microsoft's relentless efforts to get everyone in the Virgo Supercluster to join the online Microsoft family, the Xbox app will ask those using a local Windows 10 account if they want to "sign in to this device" using the account associated with their Xbox gamertag, thereby creating a new "online" account on your Windows 10 PC tied to your Xbox account. 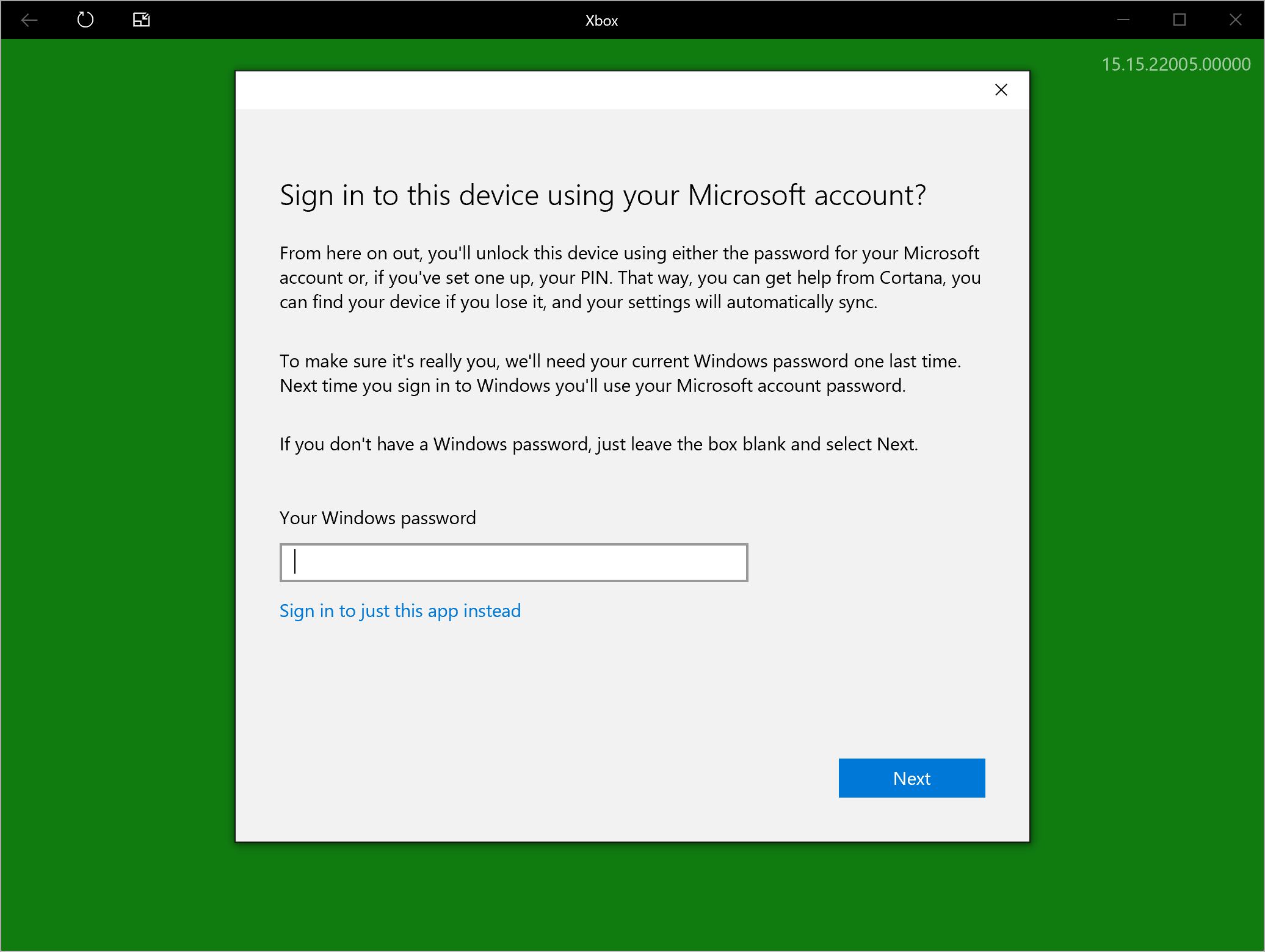 Once you're logged in to the Xbox app, find and click on the "Connect" button in the sidebar on the left side of the window, which will let you add your Xbox One console as a device in your Windows 10 Xbox app. 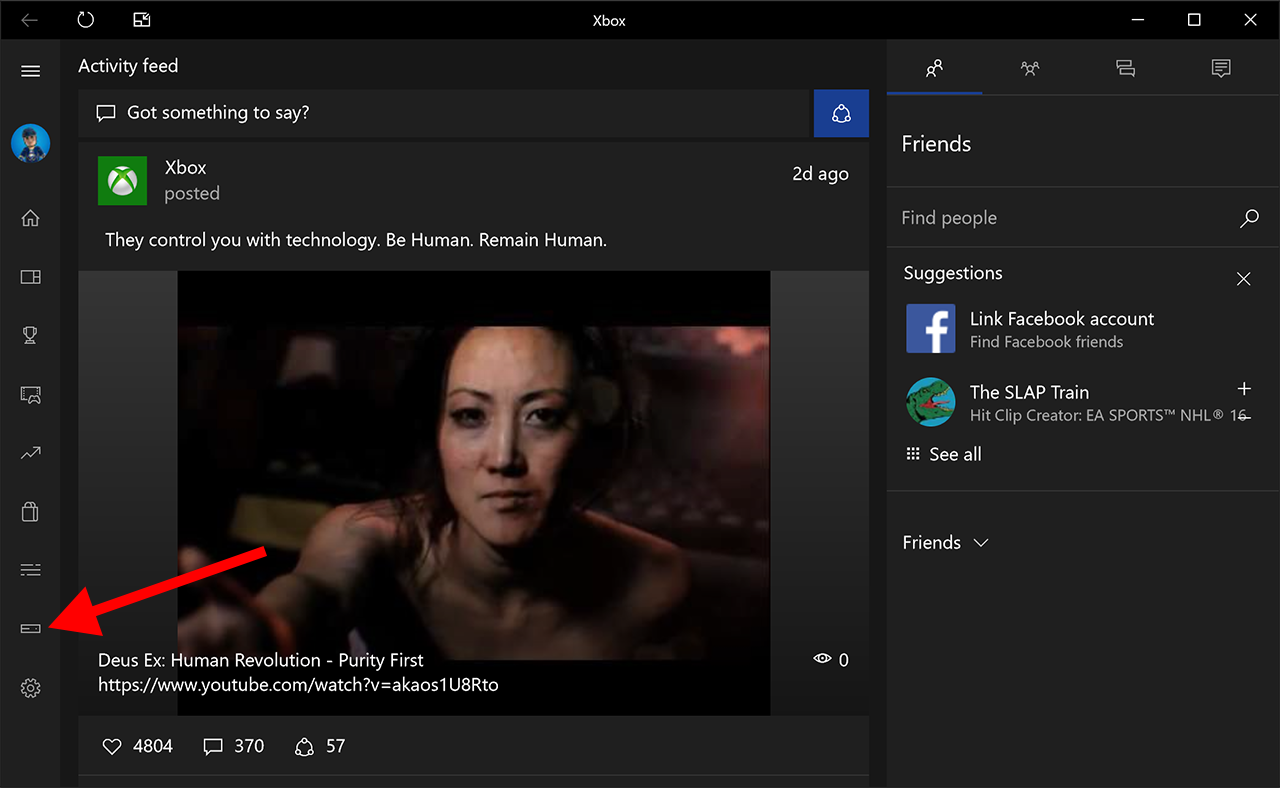 The Xbox app will search your network for the console. If it can't find it automatically, you can try a manual connection by entering the console's local IP address. Make sure that your Xbox One is powered on during this process, although once you've made your first connection you'll be able to wake the console from sleep via the Xbox app. 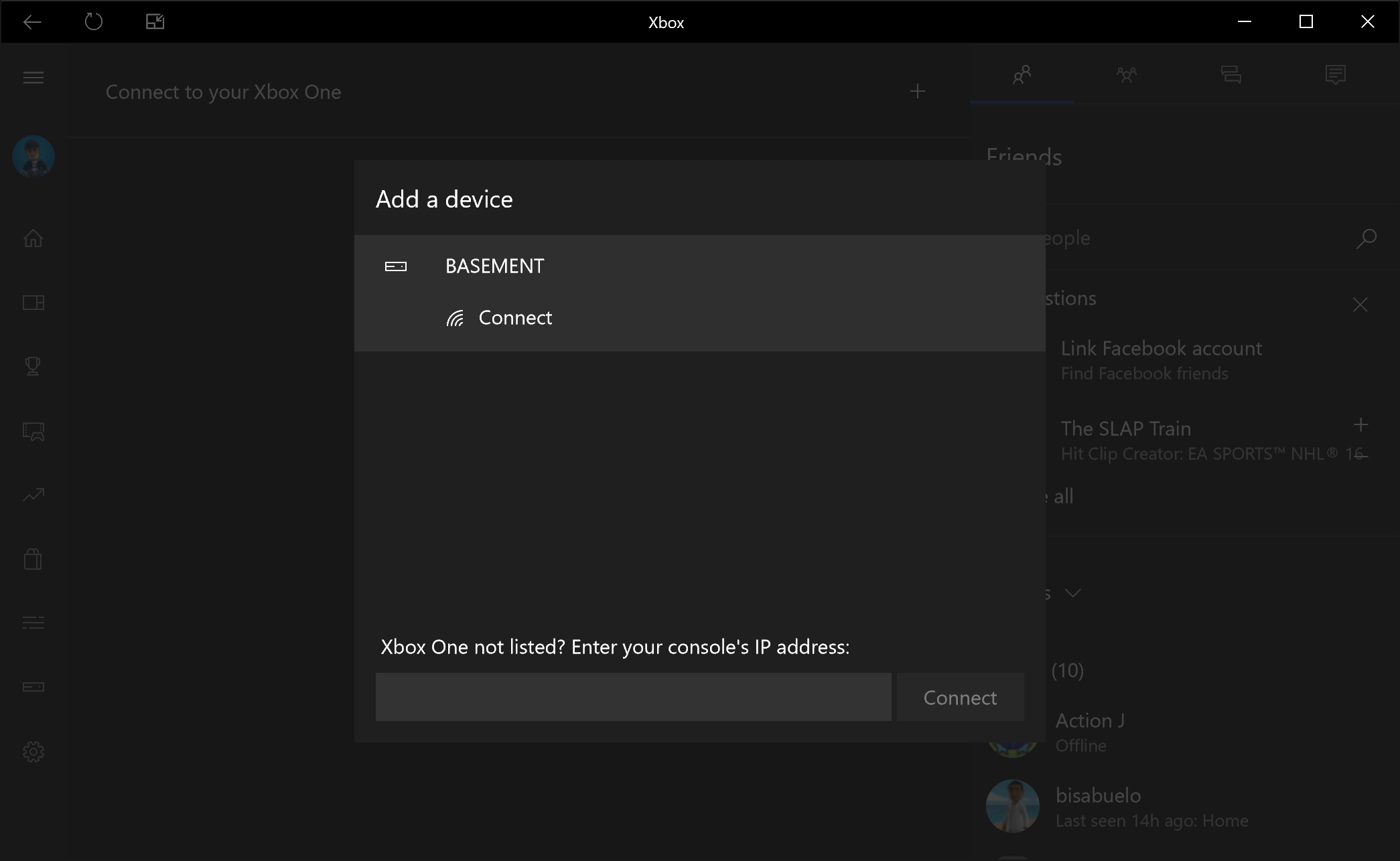 After finding the console automatically, or manually entering its IP address, click Connect to make the connection with your Xbox One. You'll next be presented with an overview of your Xbox One, including information on any currently running apps. Xbox One Streaming isn't a multi-user experience — i.e., the streaming user takes exclusive control of the console and isn't connecting in the background — so the "Now Playing" information can be very helpful in preventing the interruption of a spouse or roommate's gaming or video watching session. 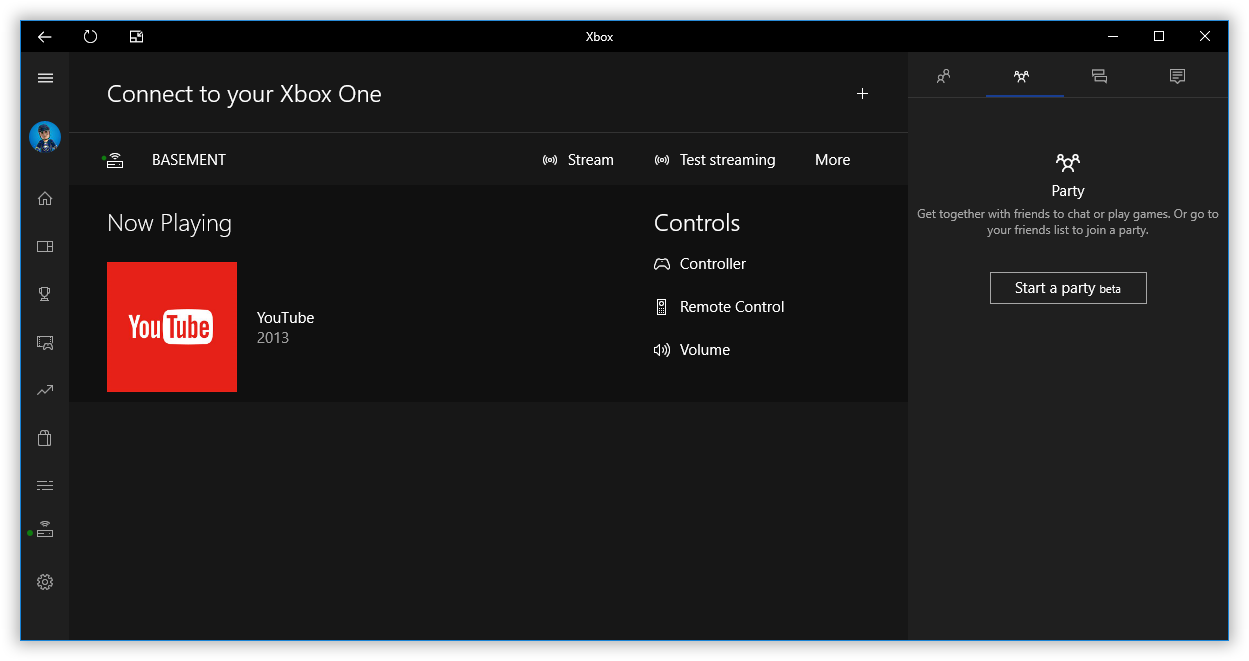 Clicking Controller reveals a virtual layout of the Xbox One's primary buttons, and can be used to navigate the console's interface from your PC while the console itself outputs video to the TV. Unfortunately, the virtual Controller interface isn't available once you start streaming video, and you'll need an actual Xbox One Controller to continue. 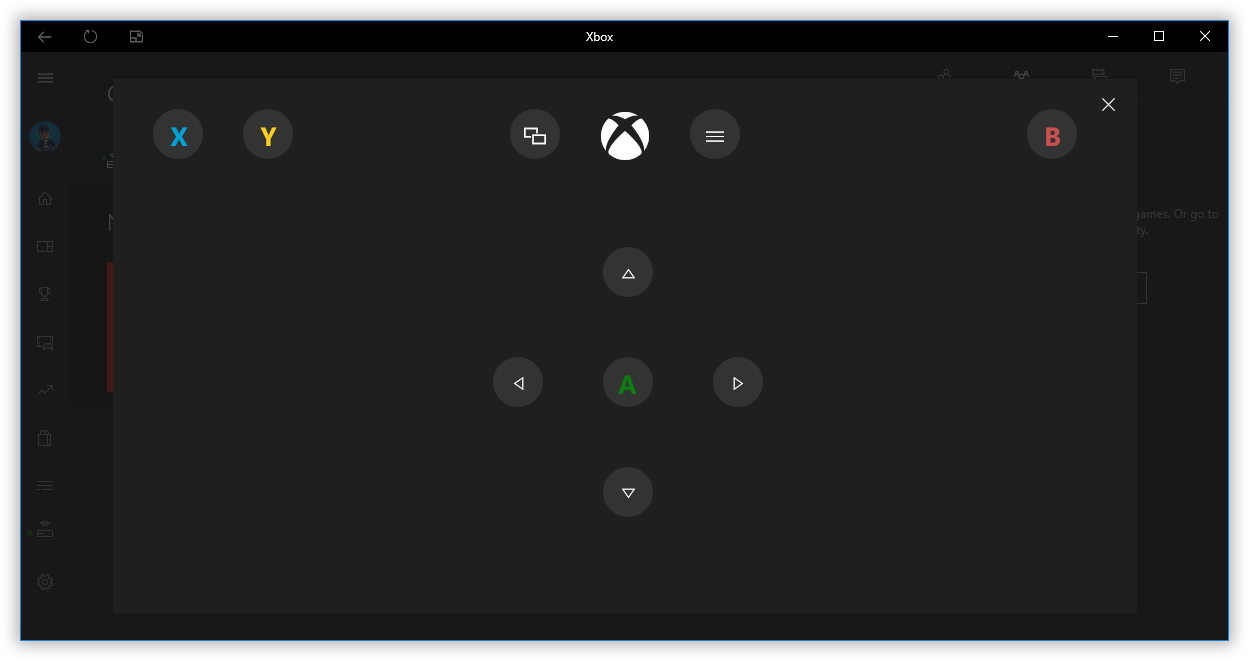 While third party controllers aren't supported, users still have the option to connect their Xbox One Controller to their PC via a wired USB or wireless connection. The latter option provides flexibility that is currently unavailable with PS4 Remote Play, but it comes with added expense, as you'll need to pick up the $25 Xbox Wireless Adapter for Windows (or Xbox 360 Wireless Receiver) to make Microsoft's proprietary wireless technology work with your PC. 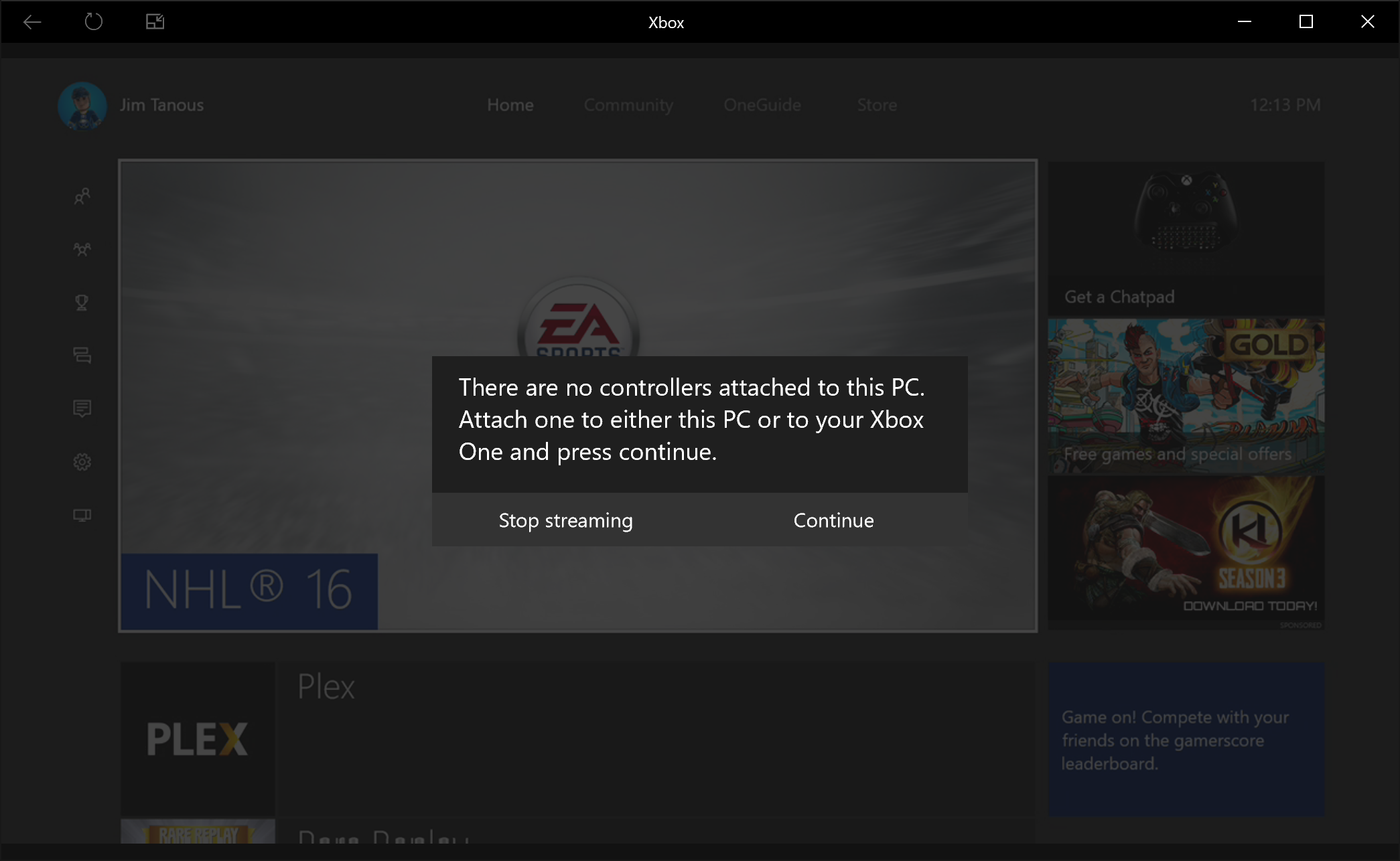 Once your Xbox One controller is connected, click Stream to begin the video and audio stream of your console's output. The first thing you'll see is whatever was last displayed on the console, and from there you can navigate the interface and launch games and apps just as if you were sitting in front of the TV.

While streaming, you can move your mouse to the top of the screen to reveal the Xbox app's options, including the button on the far left which allows you to change quality levels. 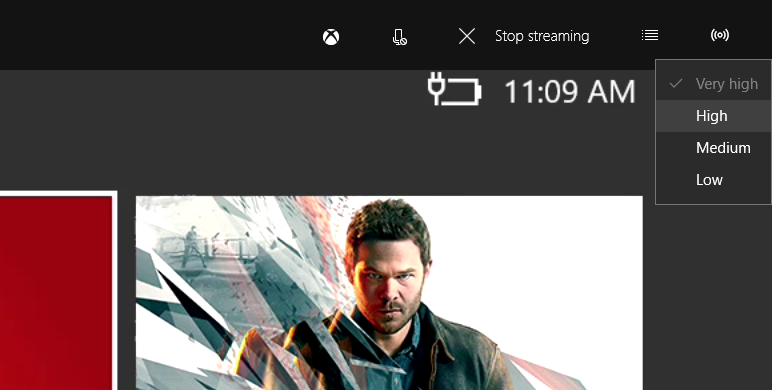 As we'll discuss later on, PS4 Remote Play also has manual quality settings, but one difference between the two platforms is that Microsoft has not clearly explained the resolution and frame rate details of its various quality options. The "Very High" setting was not available when Xbox One Streaming first launched, but when Microsoft added the option in August 2015, we learned that it corresponds to 1080p resolution at 60 frames per second. Beyond "Very High," however, and as of the date of this article, there is no clear answer on the technical details of the remaining quality settings. 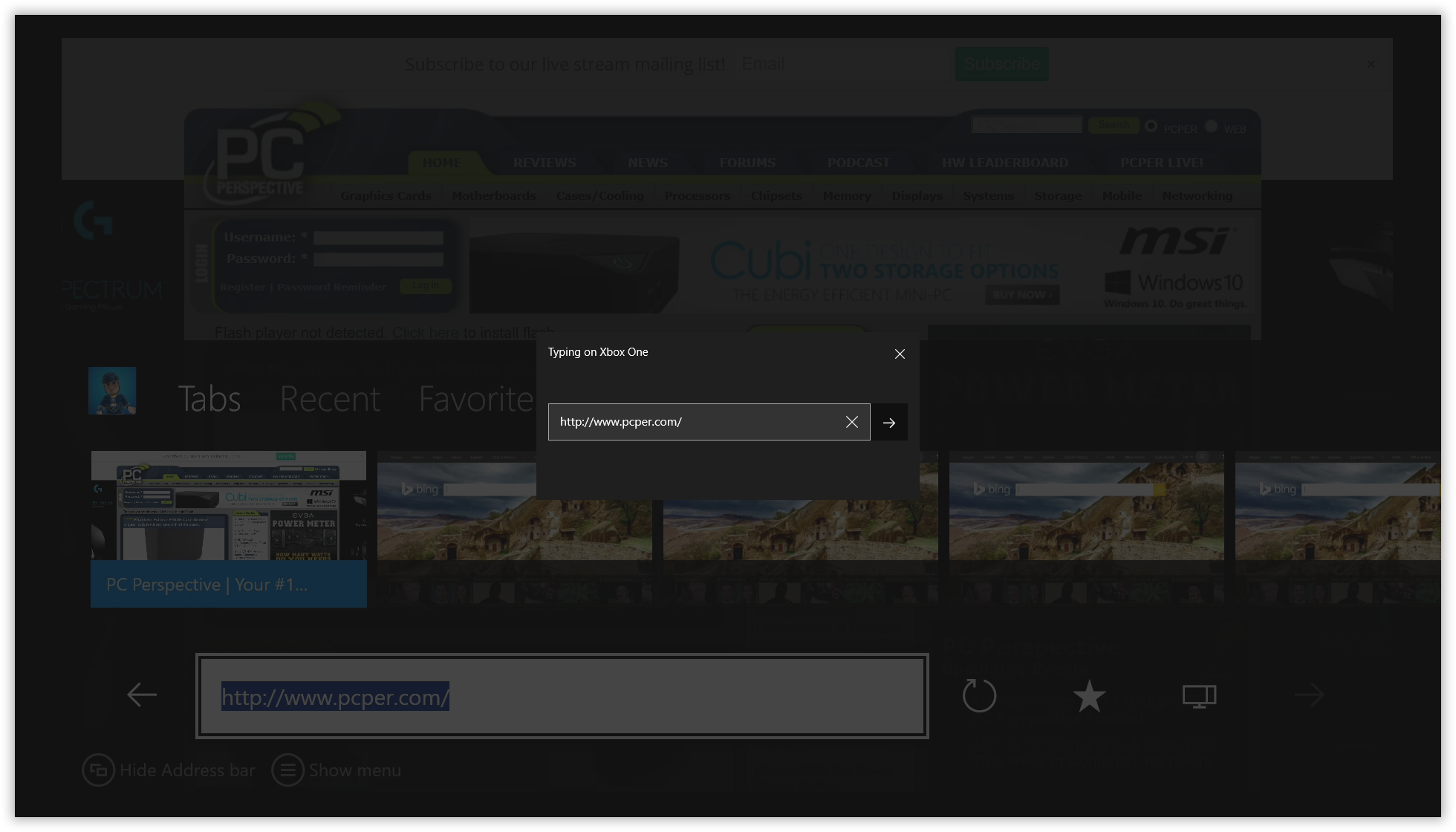 While navigating the console or playing games, one great feature is the ability to use your PC's keyboard for text entry. This is especially helpful when using apps such as the Edge browser, performing a search in YouTube, or entering names and details while creating a game character. Note, however, that this feature is strictly limited to text entry; don't expect to be able to navigate the interface or control a game via your PC's keyboard or mouse. 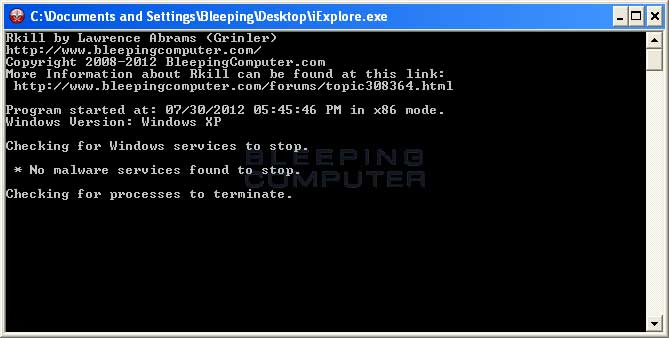