The Eclipse P400S case was designed with quiet operation and good air-flow in mind to keep all your high-end gaming hardware running cool and reliable. There are up to six different case fan mounting locations along with support for liquid cooling.

The P400S comes with two Phanteks Phantoms fans preinstalled. One 120mm intake fan on the front panel and one 120mm exhaust fan on the back panel. Both fans are very quiet; but they do not move a lot of air. Additional fans can be added if you want more airflow. 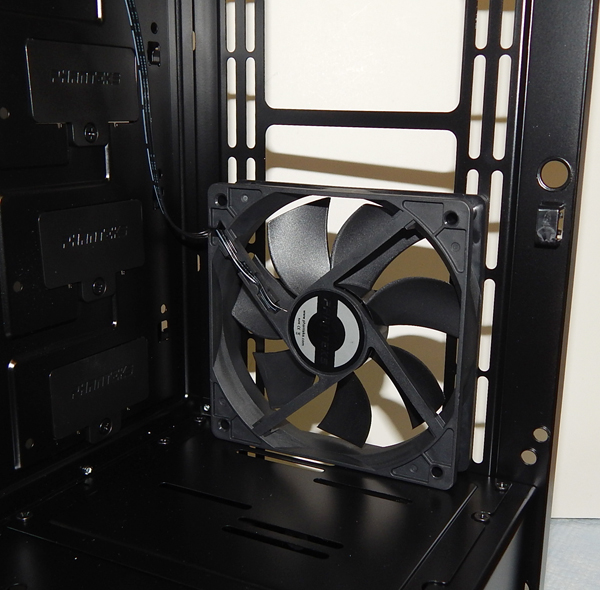 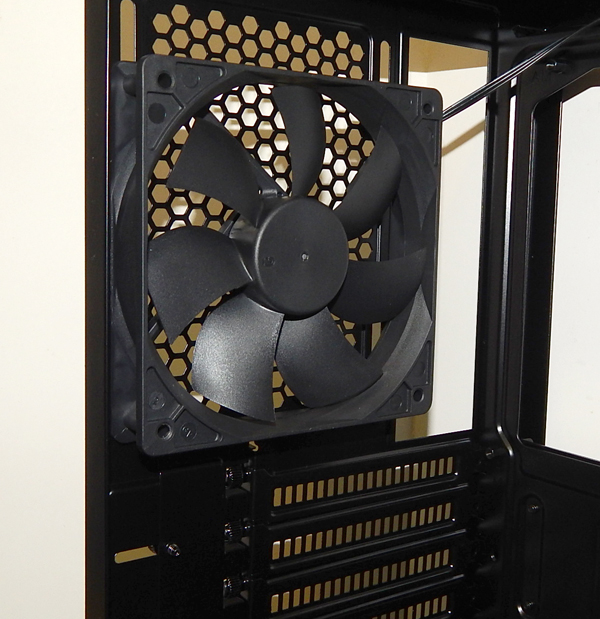 The following table lists the noise generated by the two included case fans while operating at the three different speeds selected using the built-in fan speed controller.  Sound Pressure Levels were taken 3’ from the front of the enclosure.  The ambient background noise level was approximately 26 dBA.

With both fans running at full speed the noise is barely noticeable and certainly not loud while providing baseline airflow through the case.  Slowing the fans down still keeps a little air moving but silences the case to a virtually inaudible whisper. 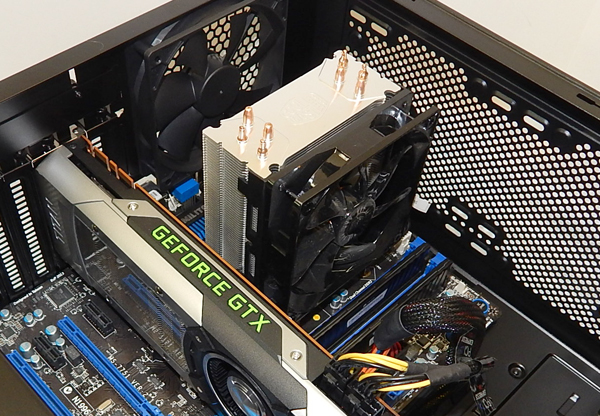 The Eclipse P400S enclosure is designed to support large, tower-style CPU coolers up to 160mm (6.3”) tall. The Hyper 212 EVO cooler fits in easily with room to spare.

Overall, the Eclipse P400S provides basic cooling with very little noise. Some users may be happy with the included two cooling fans, especially if you are using liquid cooling for the CPU and GPUs. However, if you plan to rely on strictly air-cooling, you will most likely want to add additional case fans to increase airflow (and noise). 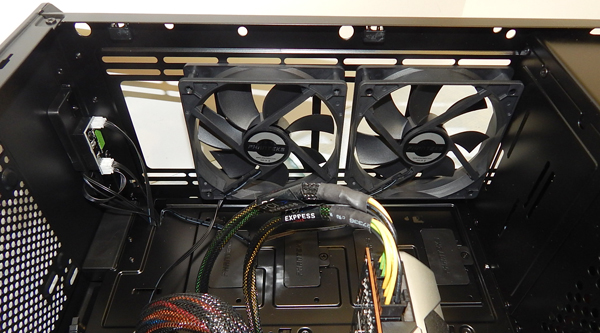 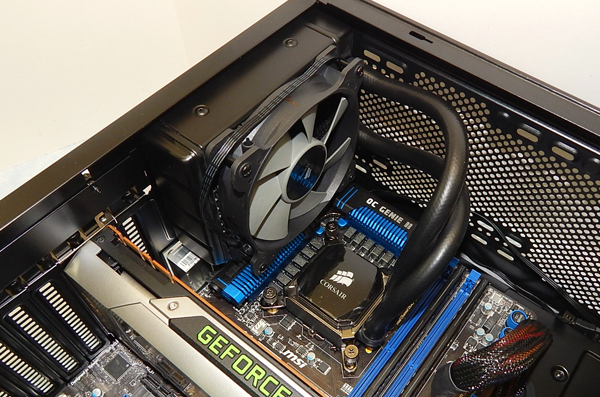 The Corsair H80i liquid cooler uses a single 120mm radiator mounted on the back panel with a 120mm cooling fan. The bundled 120mm rear exhaust fan was removed prior to installing the H80i. 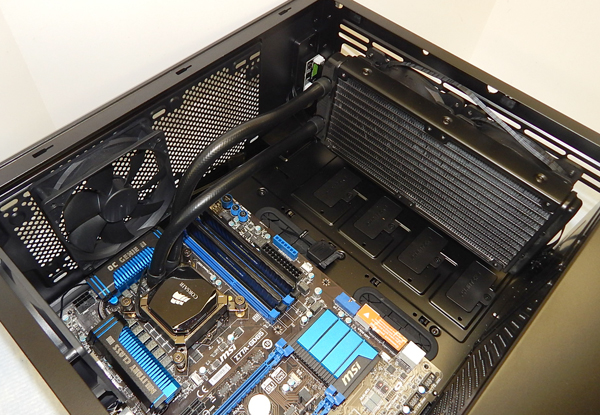 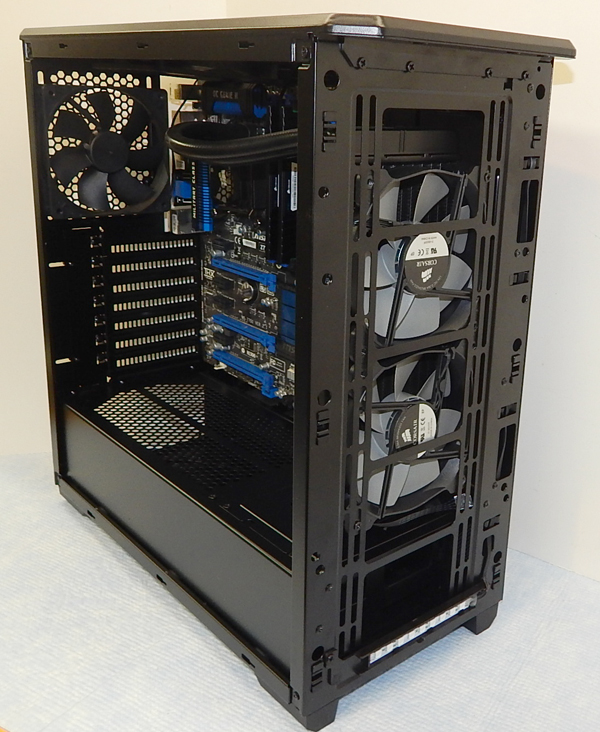 The Corsair H100i liquid cooler uses a dual 240mm radiator, which we mounted onto the front panel. Unfortunately the P400S does not permit installing liquid cooling system fan/radiators on the top panel as there is not enough clearance between the top of the motherboard and the top of the case. 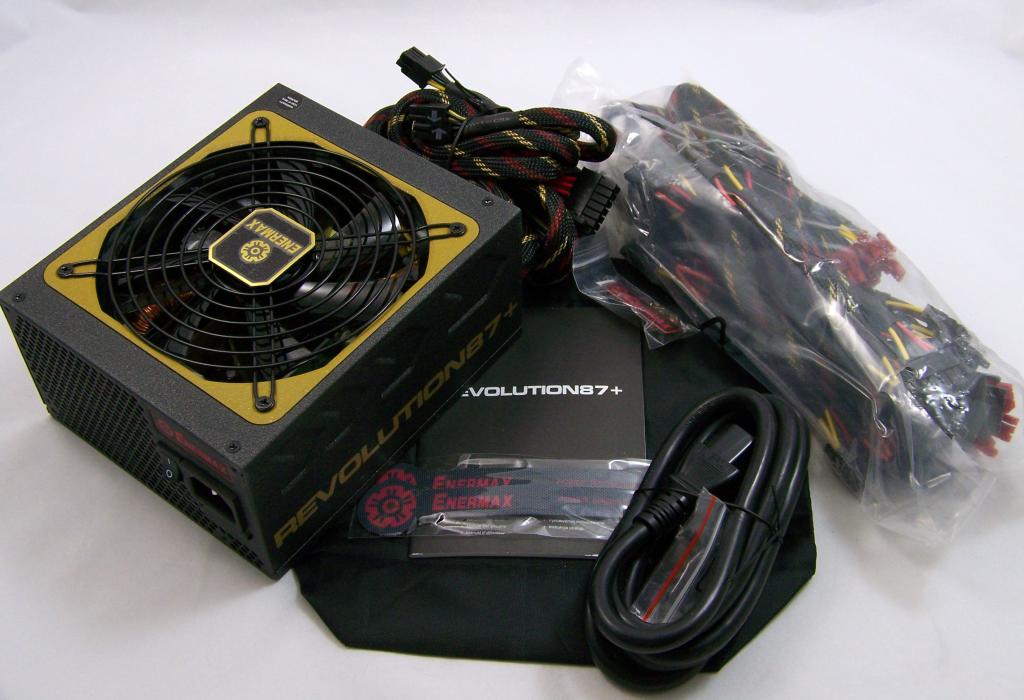 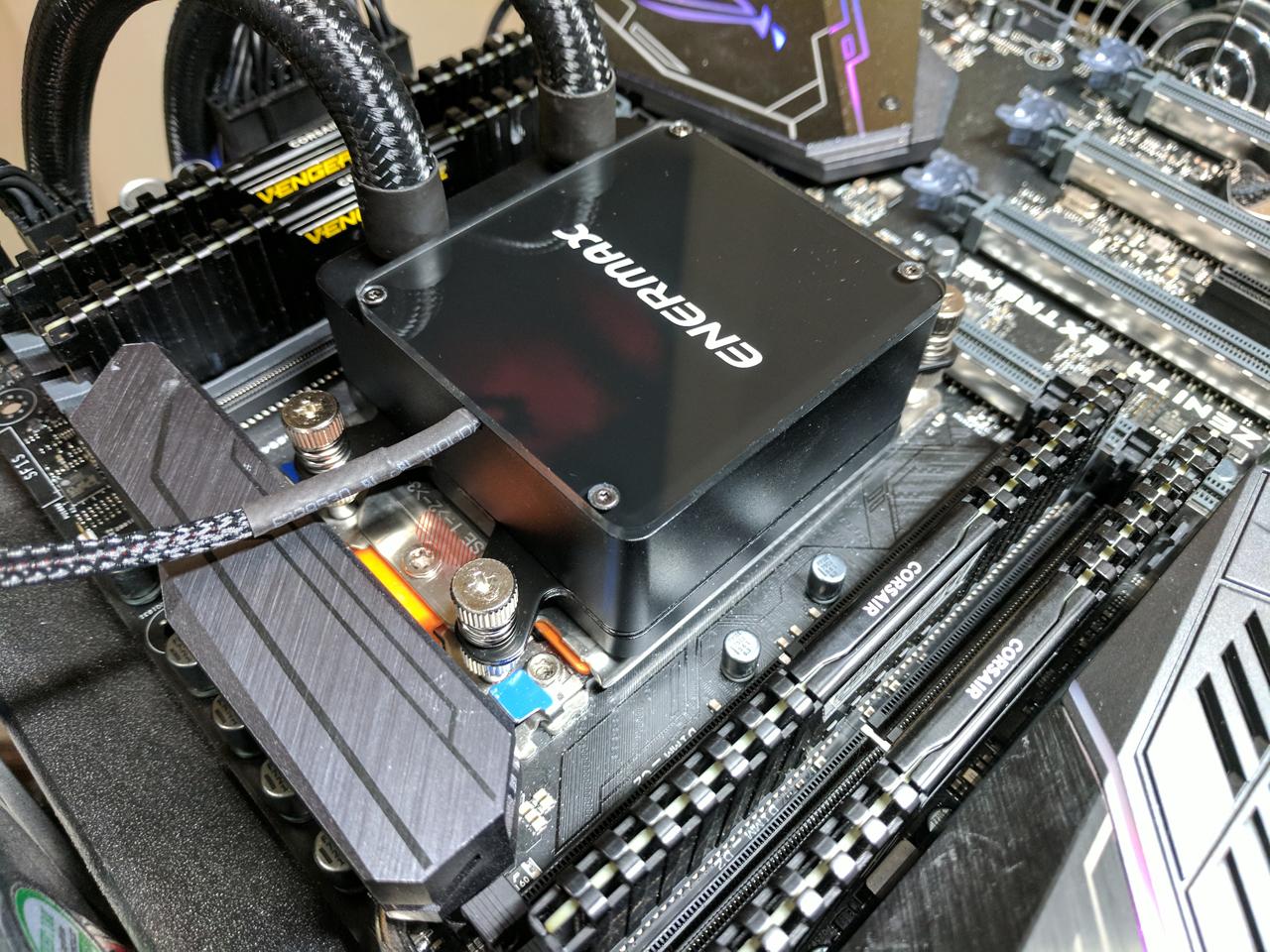 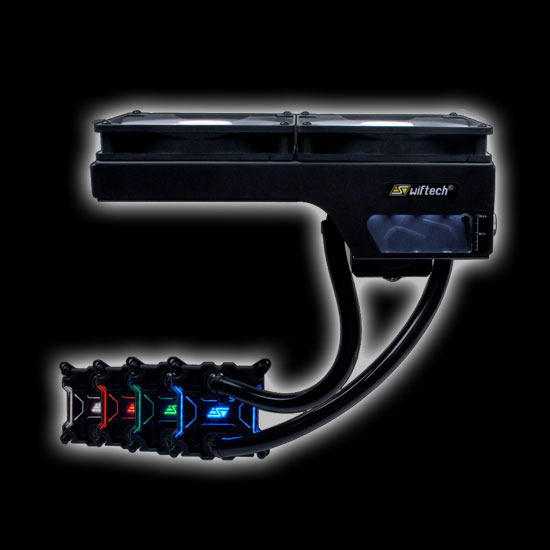 Is the Swiftech H240-X AIO watercooler worth the premium price tag?