Everyone says Ken is an Apple fanboy, so let’s see how he handles Android

Seeing Ryan transition from being a long-time Android user over to iOS late last year has had me thinking. While I've had hands on with flagship phones from many manufacturers since then, I haven't actually carried an Android device with me since the Nexus S (eventually, with the 4.0 Ice Cream Sandwich upgrade). Maybe it was time to go back in order to gain a more informed perspective of the mobile device market as it stands today.

So that's exactly what I did. When we received our Samsung Galaxy S7 review unit (full review coming soon, I promise!), I decided to go ahead and put a real effort forth into using Android for an extended period of time.

Full disclosure, I am still carrying my iPhone with me since we received a T-Mobile locked unit, and my personal number is on Verizon. However, I have been using the S7 for everything but phone calls, and the occasional text message to people who only has my iPhone number.

Now one of the questions you might be asking yourself right now is why did I choose the Galaxy S7 of all devices to make this transition with. Most Android aficionados would probably insist that I chose a Nexus device to get the best experience and one that Google intends to provide when developing Android. While these people aren't wrong, I decided that I wanted to go with a more popular device as opposed to the more niche Nexus line.

Whether you Samsung's approach or not, the fact is that they sell more Android devices than anyone else and the Galaxy S7 will be their flagship offering for the next year or so.

First, let's focus on the differences between the Samsung Galaxy S7 and Apple iPhone 6s  hardware, and then take a closer look at their respective software ecosystems.

Longtime readers of the site might know me as a bit of an Apple fanboy. I currently use a MacBook Air, and an iPhone 6s my main devices. However, unlike what most may assume, this isn't because I'm a giant fan of Apple's software ecosystem, but rather their hardware. I have a myriad of problems with OS X in particular and iOS on occasion, but it's the quality of Apple's industrial design that keeps me coming back.

So far it's been almost 2 weeks using the S7, and it has left a distinct impression on me. 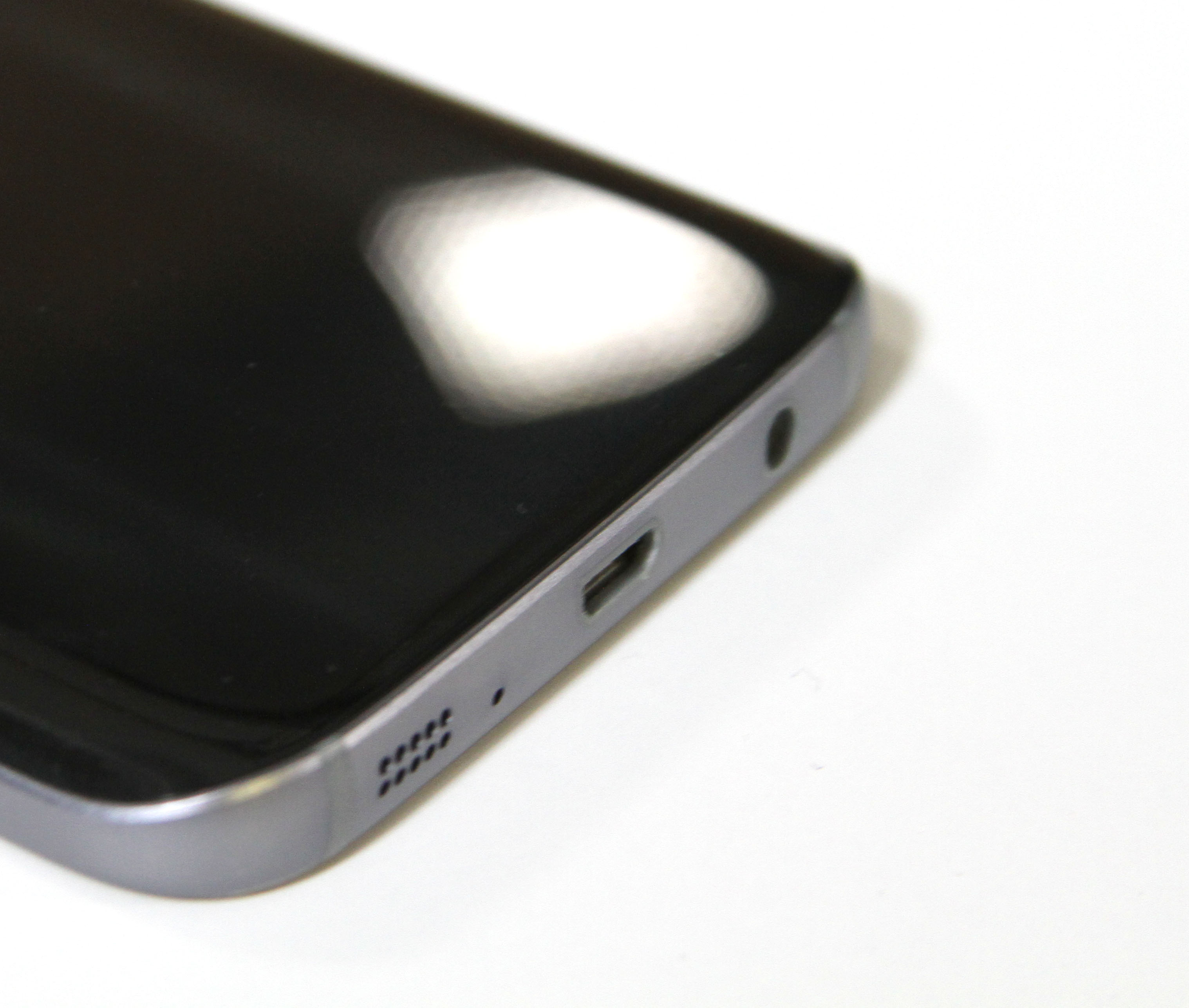 Even as a long time iPhone user the S7 hardware has impressed me. While the design may be a bit derivative of the iPhone 6(S), the build quality and construction are great. I'm personally not a fan of the glossy back of the S7, but that's more of a personal preference rather than a negative of the industrial design. I'll save some of this detail for the full device review, but overall my initial impressions are positive.

In a similar vein, let's talk about the camera on the S7. One of the main reasons I have stuck with the iPhone, and upgrade to a new model every year is because of the camera. While I use fancy cameras at work often, my phone is the only camera I personally own so having the highest possible is very important to me.

For years, handset manufacturers have been claiming that they have finally improved camera quality to the level of Apple's offerings, but I've never seen very good evidence of this. However, with the Samsung Galaxy S7, I am quite impressed with the overall camera performance.

While Samsung still seems to do substantial post-processing to photos to make them "pop" more due to higher saturation, I have been surprised by the quality of the exposures I have gotten from the S7.

Here's a preview of some of the side-by-side comparisons I've done so far with the S7 vs my iPhone 6s. 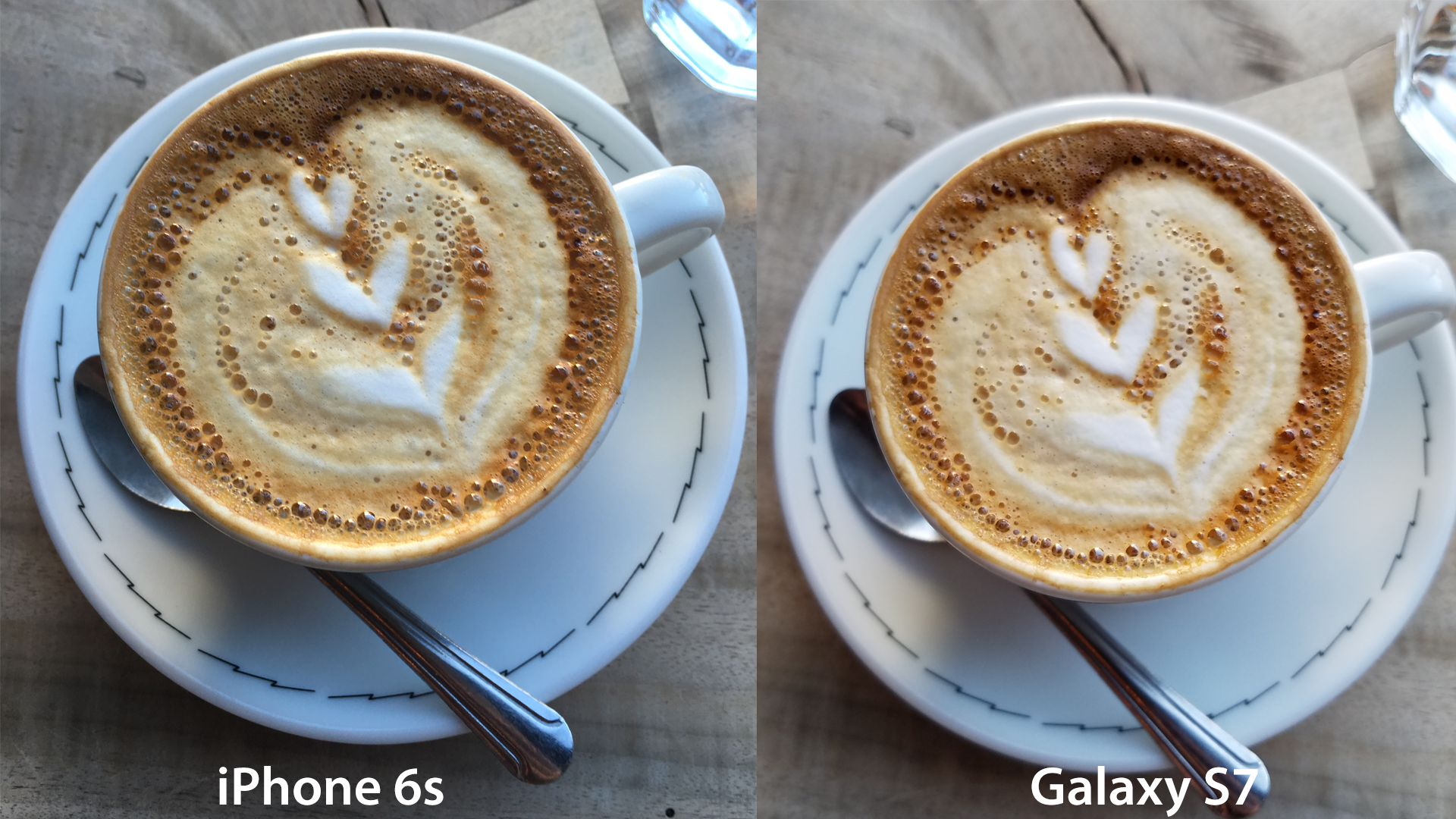 While the composition isn't exactly the same, this should give a good comparison of the two cameras

Frankly, it's a lot of personal preference as to which photo you think looks better in this comparison. While the iPhone camera is certainly more color accurate to the actual scene, the Galaxy S7 provides a photo that a lot of people see as aesthetically pleasing. Being more into photography as a hobby I prefer the untouched iPhone exposure which I can do later editing to if necessary, but a lot of people don't want to have to do that and just want a good looking photo with no effort.

Another interesting hardware comparison between the S7 and 6s involves their implementation of fingerprint readers. For unlocking the phone, the fingerprint scanner on the S7 seems to work fairly well. It struggles to register my fingerprint more often than I would like. I would equate the quality more to the first generation of TouchID on Apple devices rather than the second generation introduced in the S7.

However, one thing I miss from my iPhone is widespread software support for fingerprint authentication. While iOS has one API to implement this, Android has many different handset makers trying to implement their own methods. Google has attempted to fix this a bit with "Nexus Imprint" however the S7 does not utilize this.

That brings us on to the biggest issues I have with the S7, the software ecosystem.