One of the easiest and subsequently most widespread arguments that are used in the iOS vs Android debate is fragmentation of the software ecosystem. Personally, I think this a tired argument and not necessarily representative of reality.

While there were significant issues in the early days of Android involving a myriad of different device screen resolutions/scaling, the switch to using dynamic layouts for UIs and improvements to core Android APIs have made these problems almost nonexistent for the past few OS releases.

In a similar vein, the decoupling of core Android services from the Operating System itself has greatly improved Google's ability to change functionality on-the-fly without having to depend on handset makers and carriers to release patched versions of the OS itself. Instead, things like the Google Play services which provide things like authentication to Google services, location services, and contact syncing, are updated through the Google Play store and available on just about any device.

All of this being said, I'm still not a fan of the user experience of Android on the Samsung Galaxy S7. I'm not saying that the S7 or Android are bad or subpar experiences by any stretch of the imagination, just that I personally don't seem to click with how things operate. 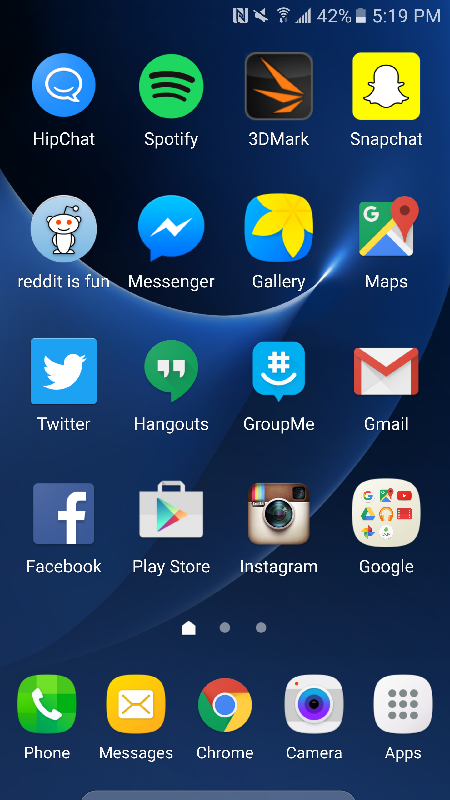 Instead of just getting rid of the Samsung launcher right away, I decided to force myself to try to use it for a few weeks in order to get a feel for the stock experience, and how the vast majority of people who buy this phone will experience it.

Given the horror stories I had heard over the years about Samsung's TouchWiz launcher, I was pleasantly surprised at both its performance and usability. Once you go ahead and remove the extra Samsung/Carrier default installed widgets that you don't want and start to customize the home screen, it all works pretty well. The app drawer is the paginated-style that Samsung has been using for several generations as opposed to the infinite scrolling of the default Google app drawer, but the alphabetical organization made it quick to find the app I was searching for.

One thing that did bother me about the out-of-box TouchWiz experience was the placement of Flipboard on the left most screen. Normally reserved for Google Now, I found this to be a waste of this screen and I found myself wanting the Now functionality. I'm not sure if this is customizable or not without replacing the launcher. 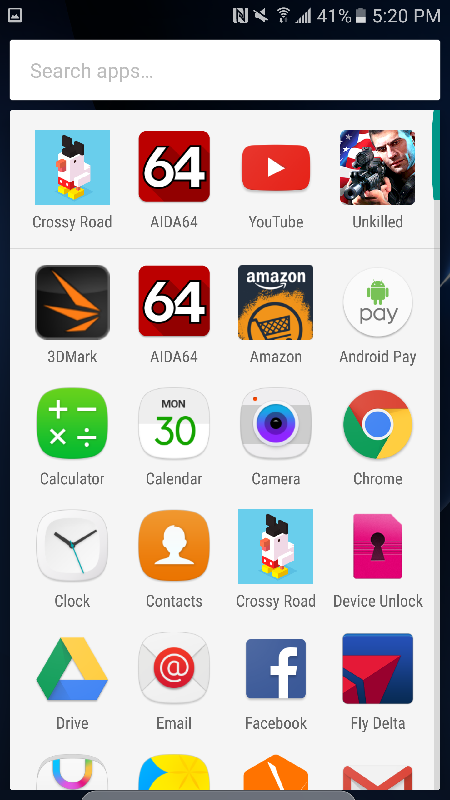 The app drawer of the Google Now launcher

I went ahead and installed the official Google Now launcher a while ago and have been satisfied with the experience. I find the design to be a bit cleaner, and I prefer the infinite scrolling app drawer, and Google Now integration. That being said, it wasn't as big of a change as I had originally forecasted over TouchWiz. It seems that Samsung has walked back from a lot of the sweeping changes they were attempting to make in the launcher in previous iterations.

As far as app support goes, there aren't any apps that I normally use on iOS that I haven't been unable to find Android versions of, or suitable replacements for. This is probably due in part to my use of Google services for things like my Email and Calendar as opposed to Apple's iCloud offerings.

There were very little differences between the functionality of the same app between operating systems, and everything mostly worked as I hoped it would. The Android app ecosystem has truly matured since the last time I attempted to use it on my main handset, and while there may be exclusive apps here and there for each OS, I don't think users of either iOS or Android are missing out on much from the other side.

I expected to have a stronger opinion after using an Android phone for an extended amount of time and mostly abandoning my iPhone, however, I really don't. The S7 is a great piece of hardware and the software is perfectly usable. While I don't necessarily agree with the way some things are handled in Android after being an iPhone user for so long, I see how it could appeal to a lot of people, especially people who are looking for complete customization over their mobile experience.

Look for a more exhaustive overview of the Samsung Galaxy S7 coming soon to PC Perspective. 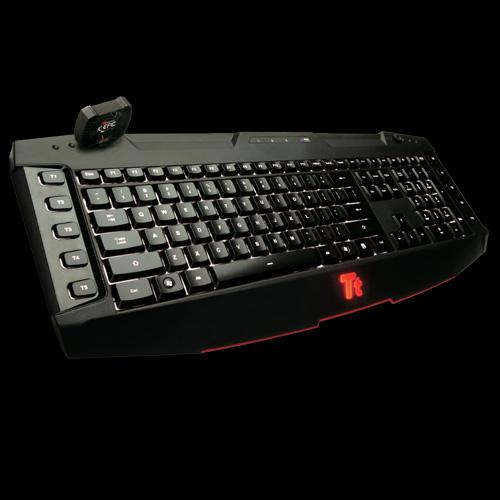