We all know that AMD is behind the 8 ball when it comes to power consumption vs. what Intel has been able to do with their 22nm and 14nm FinFET solutions.  AMD has worked hard to optimize the tools they have to work with and the 7860K is the end result.  We know that the 7860K is very close to the overall performance of the 95 watt 7850K.  It doesn’t quite match it, but it certainly is not all that far behind.  So how does it compare to the older Kaveri chips, as well as Haswell and Skylake? 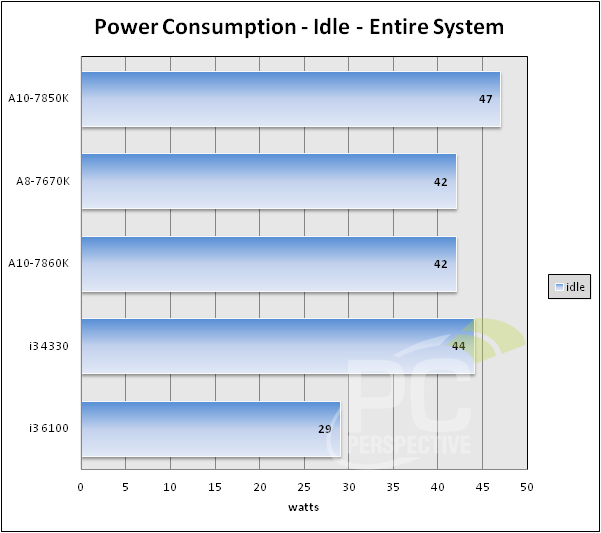 Well, we see that the Godavari based chips at idle are slightly better than both Kaveri and Haswell.  Skylake is in another league altogether. 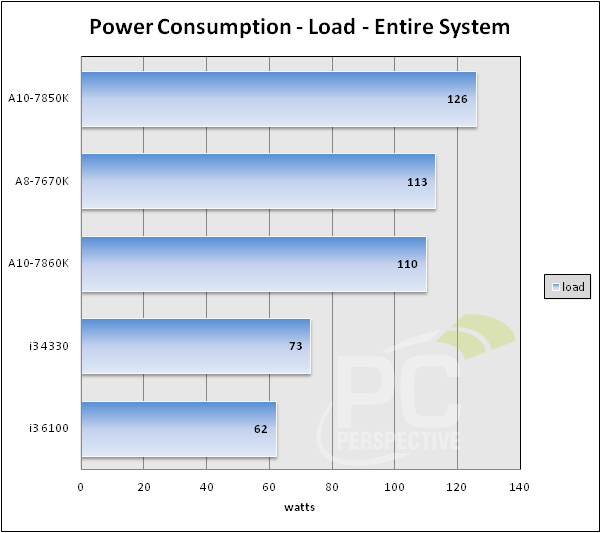 When we look at load we see that some of what AMD is saying is true.  The two Godavari products are much lower than Kaveri.  They still cannot match Haswell, much less dream of competing with Skylake.

We should not go into this expecting a miracle.  This is good, because miracles were not delivered.  The Godavari silicon seems to be only slightly better at overclocking, achieving around 100 MHz more than most Kaveri chips deliver with this cooling, motherboard, and power supply combo.  The 7670K hit 4.4 GHz stable with an increase of 0.1v.  The 7860K hit a stable 4.5 GHz with that same voltage increase. 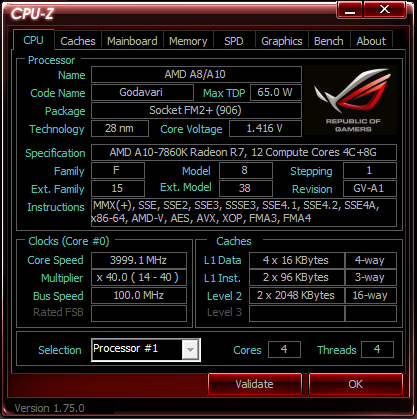 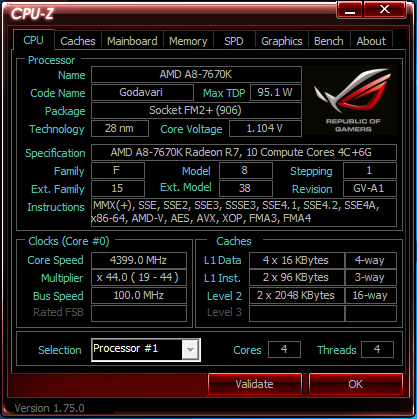 The GPU overclocking was much more successful, and probably more useful for people who will actually use these for light gaming.  Both products hit a stable 960 MHz on the GPU portion and produced faster results.  The 7860K could actually hit 1023 MHz without locking up, but it would throttle and reduce performance in 3D applications.