If you expected Computex to be bland and stale this year, ASUS has something that is going to change your mind. During the company's Republic of Gamers press conference, it revealed a concept PC design it has been working on dubbed Avalon. The goal of this project was to improve on the fundamental design of the PC; something that hasn't changed for decades. ASUS wanted to show that you could build a platform that would allow DIY machines to be "more modular, easier to build, and more tightly integrated." 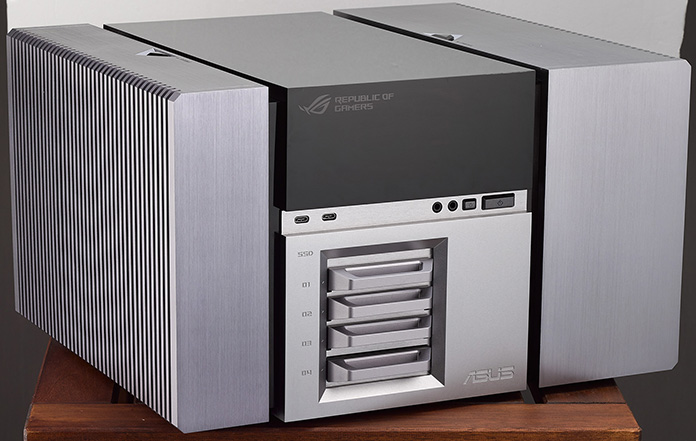 The result is a proof of concept design that looks more like a high end turntable than a PC. In reality, you are looking at a machine that has been totally redesigned, from the power supply to motherboard and case integration to cooling considerations and more. ASUS has posted a great story that goes into a lot of detail on Avalon, and it's clear this is a project the team has been working on for some time.

The brainchild of Jonathan Chu, the Avalon concept takes a notebook-like approach to desktop design. The motherboard is designed in conjunction with the chassis to enable more seamless cooperation between the two.

The first example of changes to Avalon is something as simple as the front panel connectors on a case. Connecting them to your motherboard is the same today, basically, as it has ever been. But if you are the manufacturer or designer of both the chassis and the motherboard itself, it is trivial to have the buttons, lights and even additional capabilities built into a specific location on the PCB that matches with access points on the case. 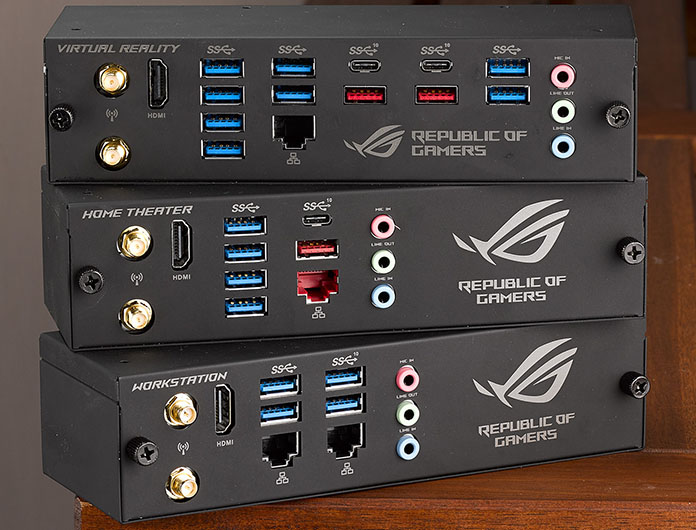 Re-thinking the rear IO panel was another target: making it modular and connected to the system via PCI Express means you can swap connectivity options based on the user's needs. Multiple Gigabit NICs a requirement? Done. Maximum USB capability? Sure. Even better, by making the back panel IO a connected device, it can host storage and sound controllers on its own, allowing for improved audio solutions and flexible data configurations. 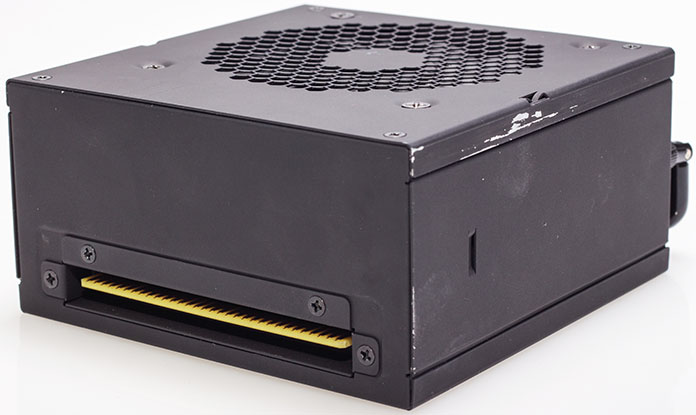 ASUS even worked in a prototype power supply that is based on the SFX form factor but that uses a server-style edge connector, removing wires from the equation. It then becomes the motherboard's responsibility to distribute power through the other components; which again is easy to work through if you are designing these things in tandem. Installing or swapping a power supply becomes as simple as pulling out a drive tray.

This is all made possible by an internal structure that looks like this: 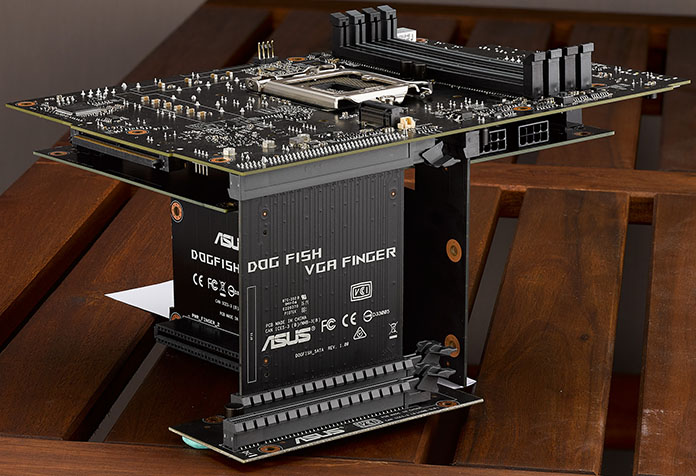 Rethinking how a motherboard is built, how it connects to the outside world and to other components, means that ASUS was able to adjust and change just about everything. The only area that remains the same is for the discrete graphics card. These tend to draw too much power to use any kind of edge connector (though the ASUS story linked above says they are working on a solution) and thus you see short run cables from a break out on the motherboard to the standard ROG graphics card. 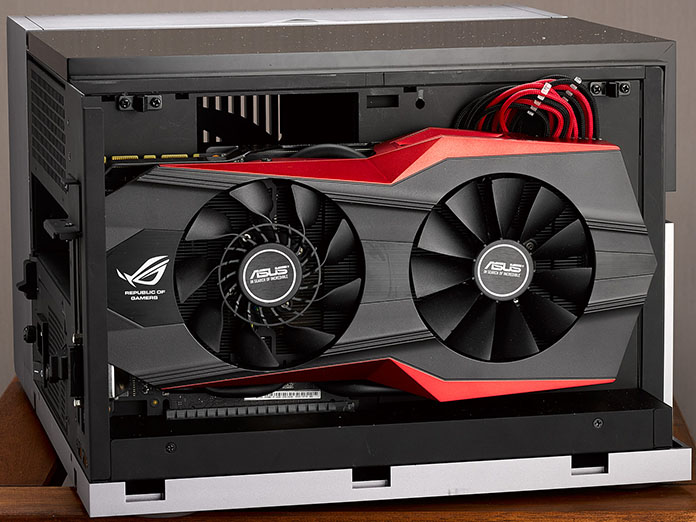 The ASUS EdgeUp story has some more images and details and I would encourage you to check it out if you find this topic compelling; I know I do. There are no prices, no release dates, no plans for sampling yet. ASUS has built a prototype that is "right on the edge of what’s possible" and they are looking for feedback from the community to see what direction they should go next.

Will the DIY PC in 2020 be a completely different thing than we build today? It seems ASUS is asking the same question.