Earlier in the week you saw a sneak peek at EVGA's GTX 1080 SC and now we can confirm there will indeed be a GTX 1070 version, bearing the same custom ACX 3.0 cooler which Al proved to be an improvement over the Founders Edition, especially when you consider the price to performance equation.

That is not the only new card announced, there is also a brand new GTX 1080 Classified with the ACX 3.0 cooler, the specific overclock is not yet known but you can bet it should be more a handful of megahertz more than the base.  We know that this card will have 14 power phases, full RGB LEDs and those ACX fans are 10cm in size. 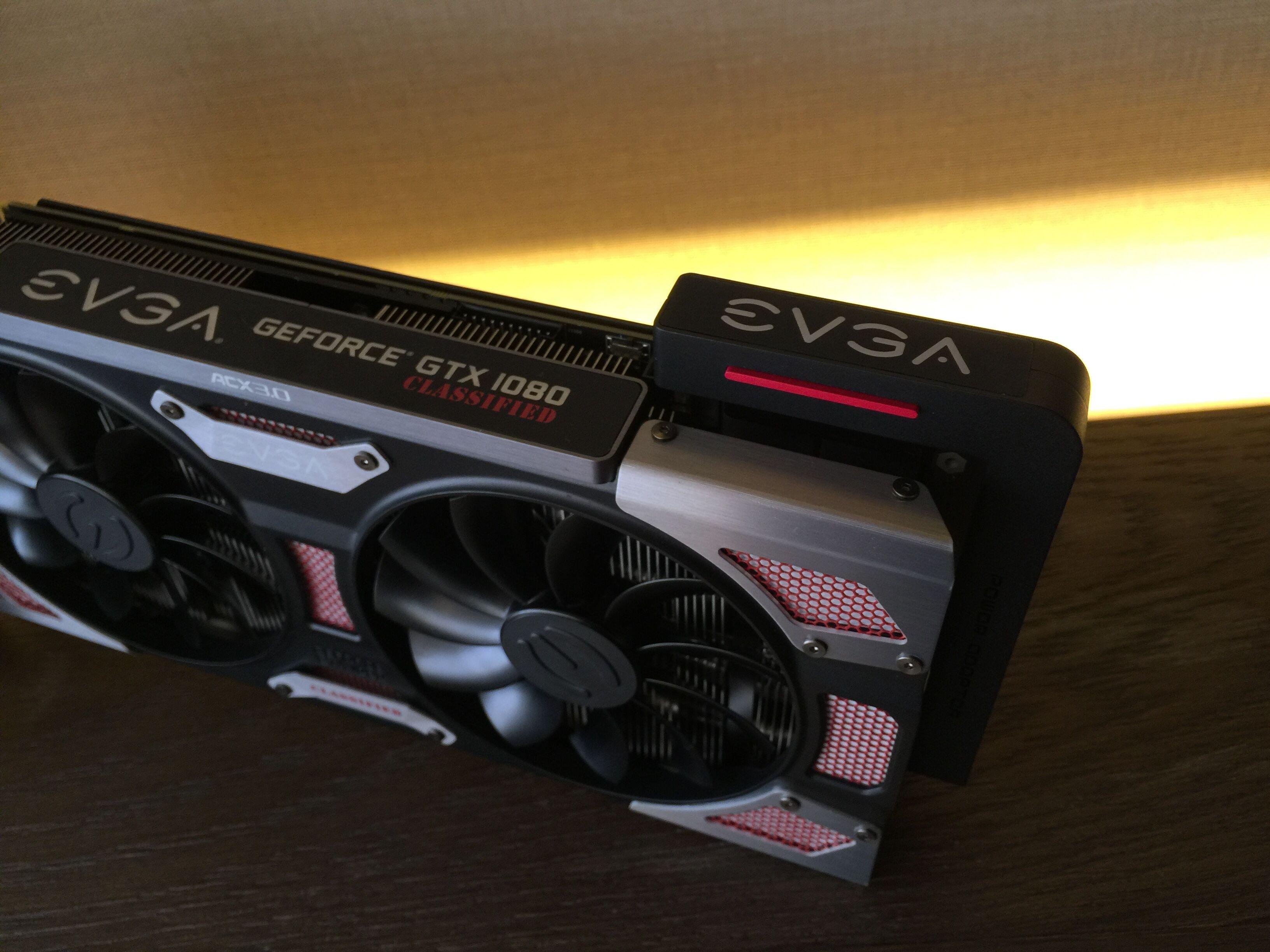 The more curious of you might have noticed there is something odd about the back end of the card and the location of the PCIe power plugs and you are absolutely right.  The EVGA Power Link adapter can be plugged into any card to move the position of the power plugs to give you better cable management abilities.  It also sports an LED light on one side, as you can see in the picture of the GTX 1080 Classified card. 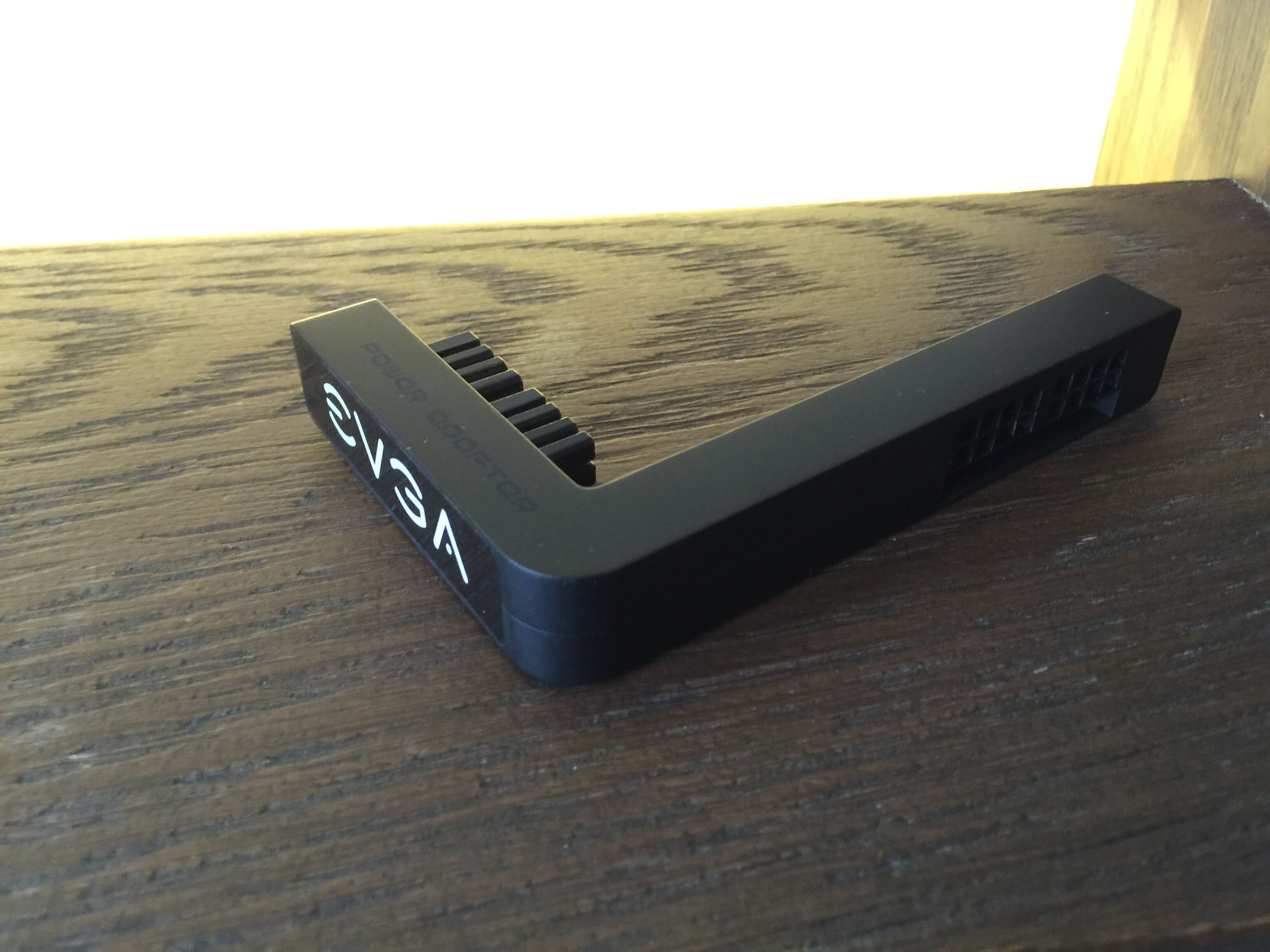 To round out the usual suspects, here you can see the EVGA GTX 1080 FTW Edition with some fancy LEDs.  Those lights match the CPU waterblock in evidence just above the card, we didn't hear anything official about it but perhaps that is yet another thing to look forward to in the coming year. 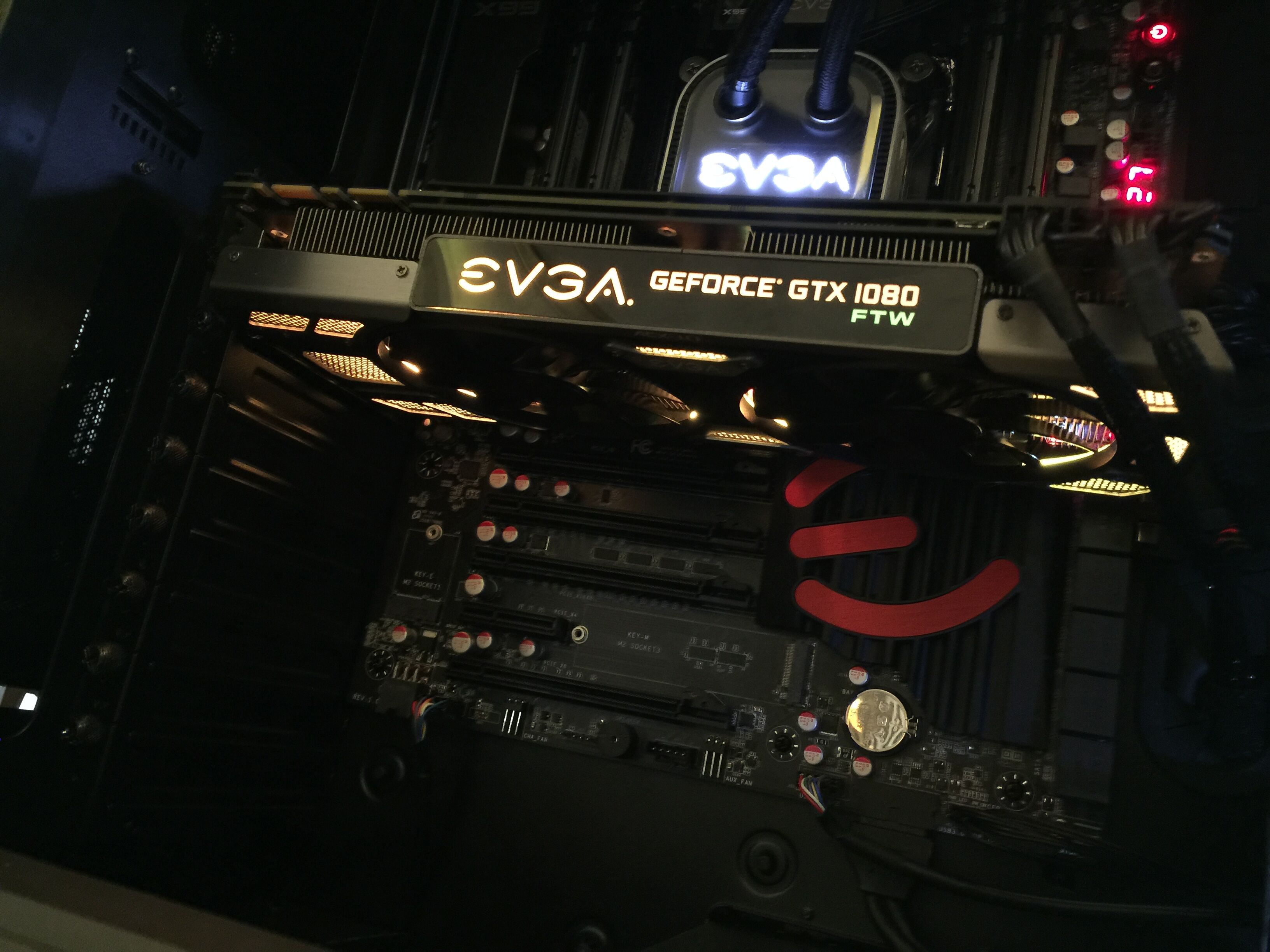 Speaking of adapters, here you can see EVGA's custom SLI HB bridges in three different sizes, especially of importance to those who plan on using a code to enable more than two Pascal cards to run in SLI.  They will connect the cards at up to 650MHz and will sport LEDs which can be toggled between red, green, blue or white via a switch on the bridge. 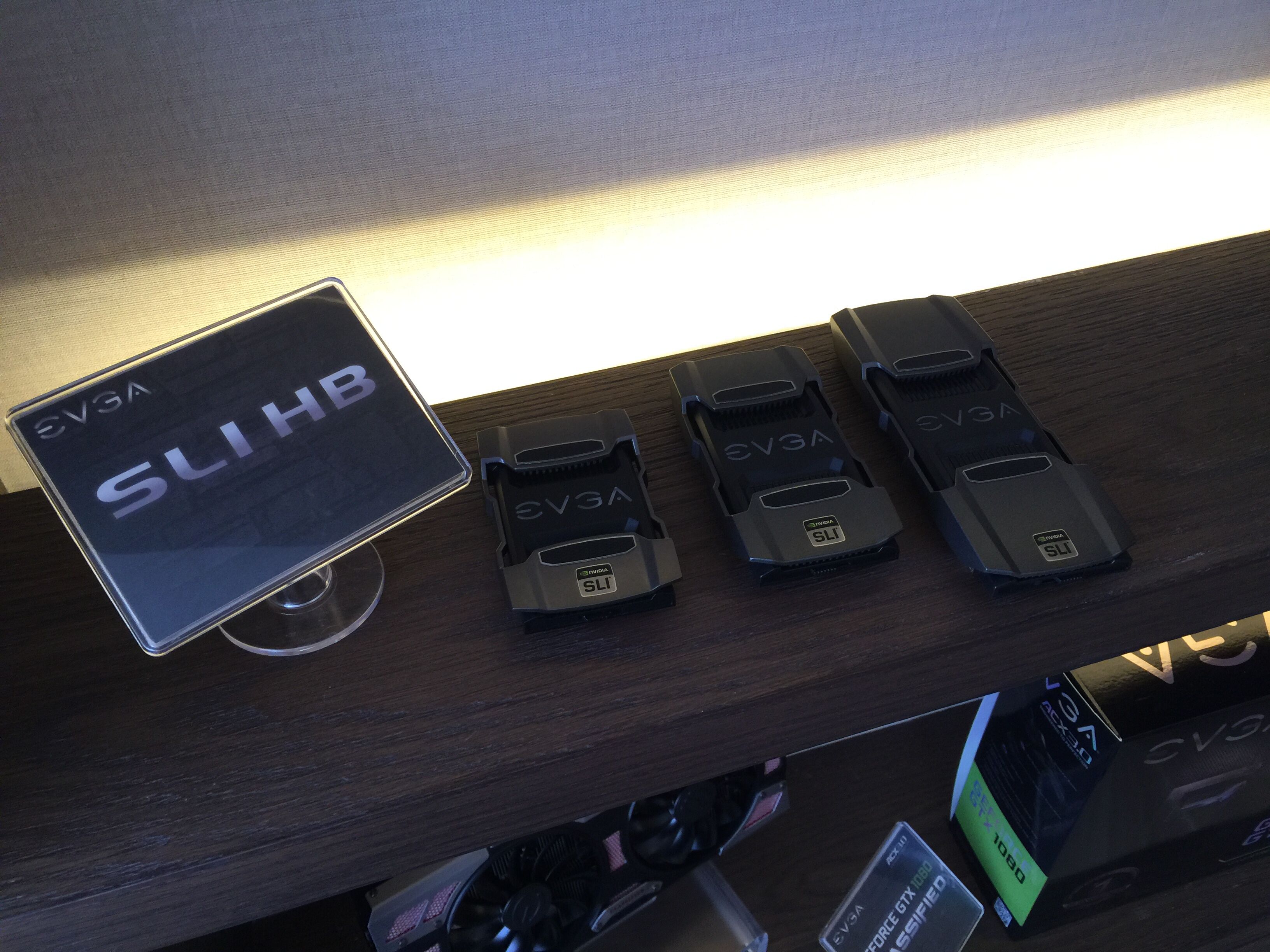 Next up is an EVGA Gaming chassis bearing the names DG-87 and Dawn, hinting that there may be more than model arriving in the near future.  As you can see in the picture the front panel, up to and including the power and reset buttons, has been moved to the side.  USB including a Type-C plug, HMDI and audio are all available at the sides as well as a LCD which can display the speeds of two of your fans, as well as allowing you control over their speeds.  You can also set it to display a temperature, although it is unlikely you can reduce it the same way you can your fan speed.  The case also obviously handles watercooling setups as stylishly as Jacob sports those jeans. 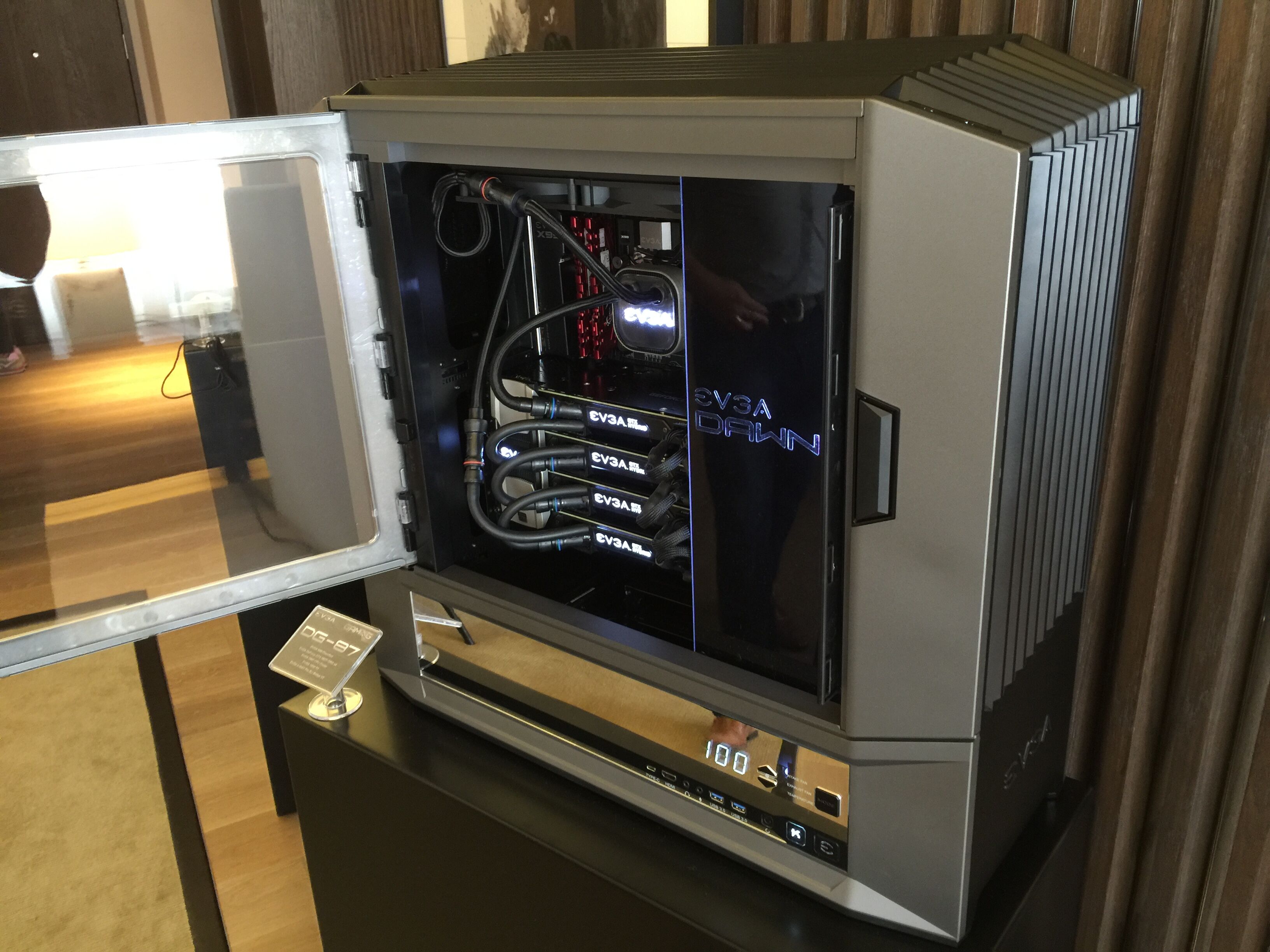 Along with the case comes two new PSUs, the successors to the G2 models.  The EVGA Supernova 1000GX not only provides 1000W of 80 PLUS Gold power, it will also the smallest kilowatt class PSU available at launch.  It looks to have single 12V rail which will provide up to 999.6W @ 83.3A. 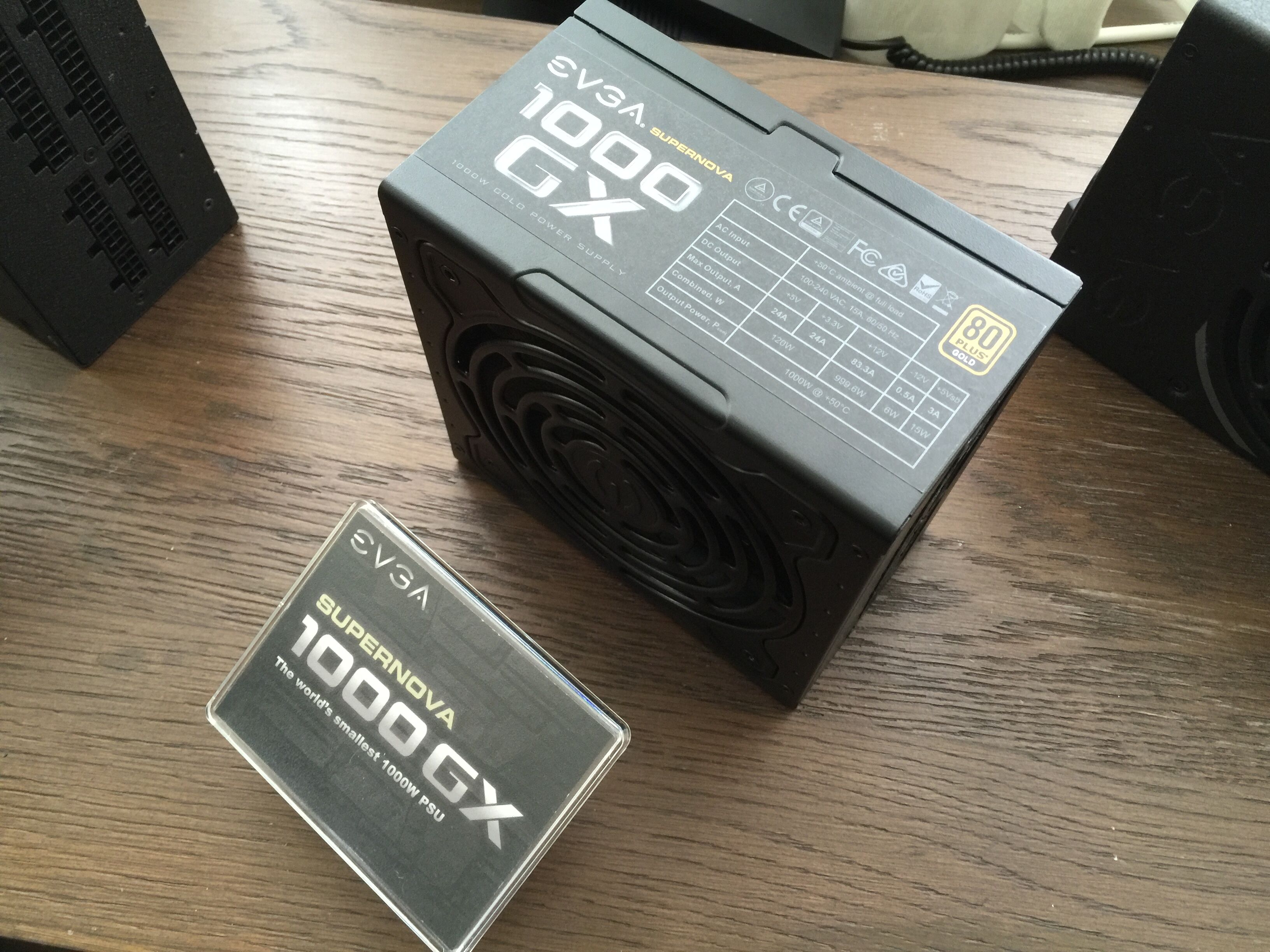 If that is a little more power than you need the Supernova 850GL might be more to your taste.  It is also 80 PLUS Gold and fully modular, with up to 849.6W @ 70.8A, which should handle all but the most extreme GPU setups.  That picture also shows off the certain glow your system will feel when powered by one of these PSUs. 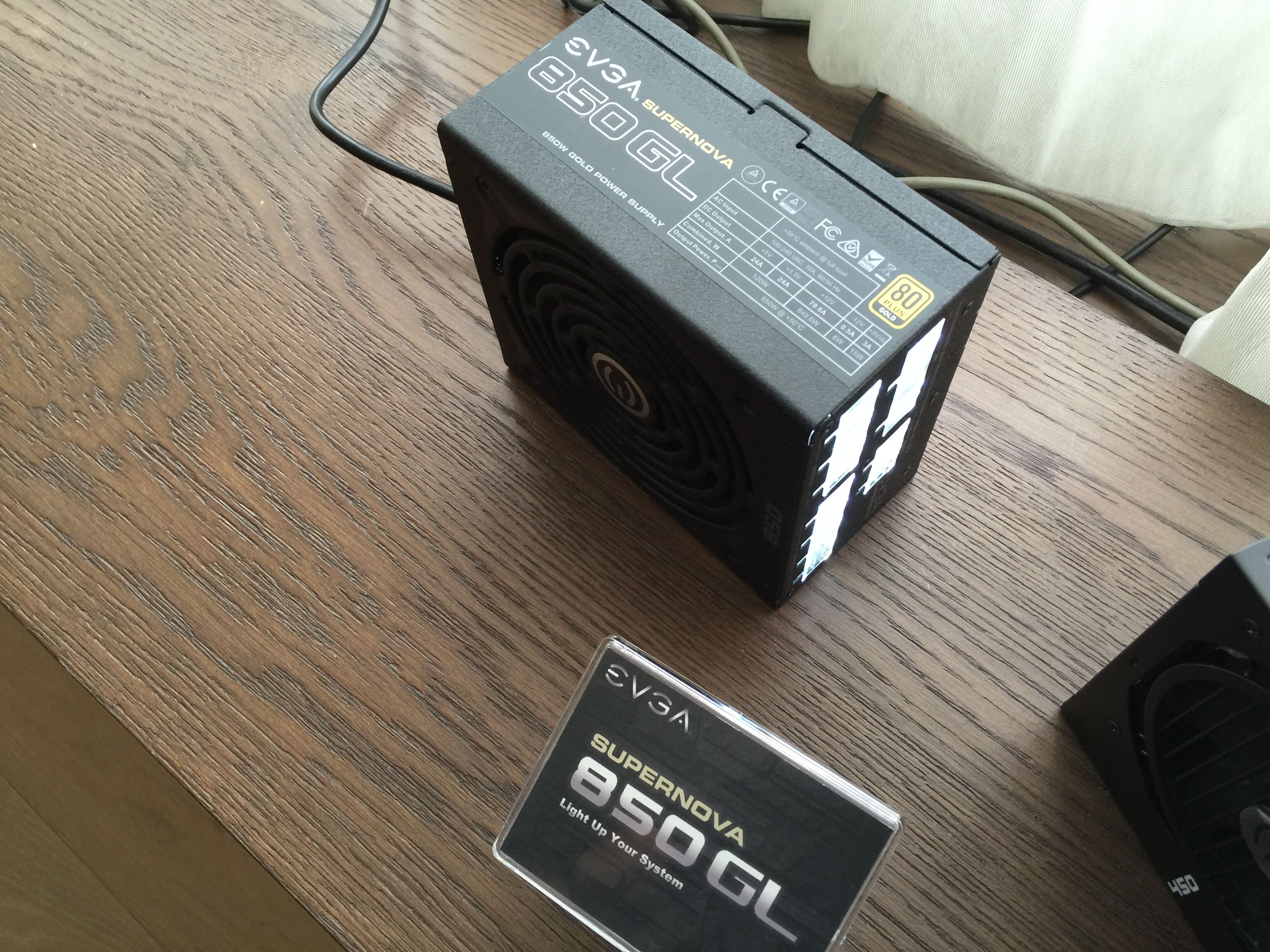 With all these lights and features it would be a shame to have boring PSU cables, now wouldn't it?  That is why EVGA is also releasing PSU cables in a wide variety of colours.  The ones shown below are only a small sampling of what you can choose from, more will be available from EVGA once they launch. 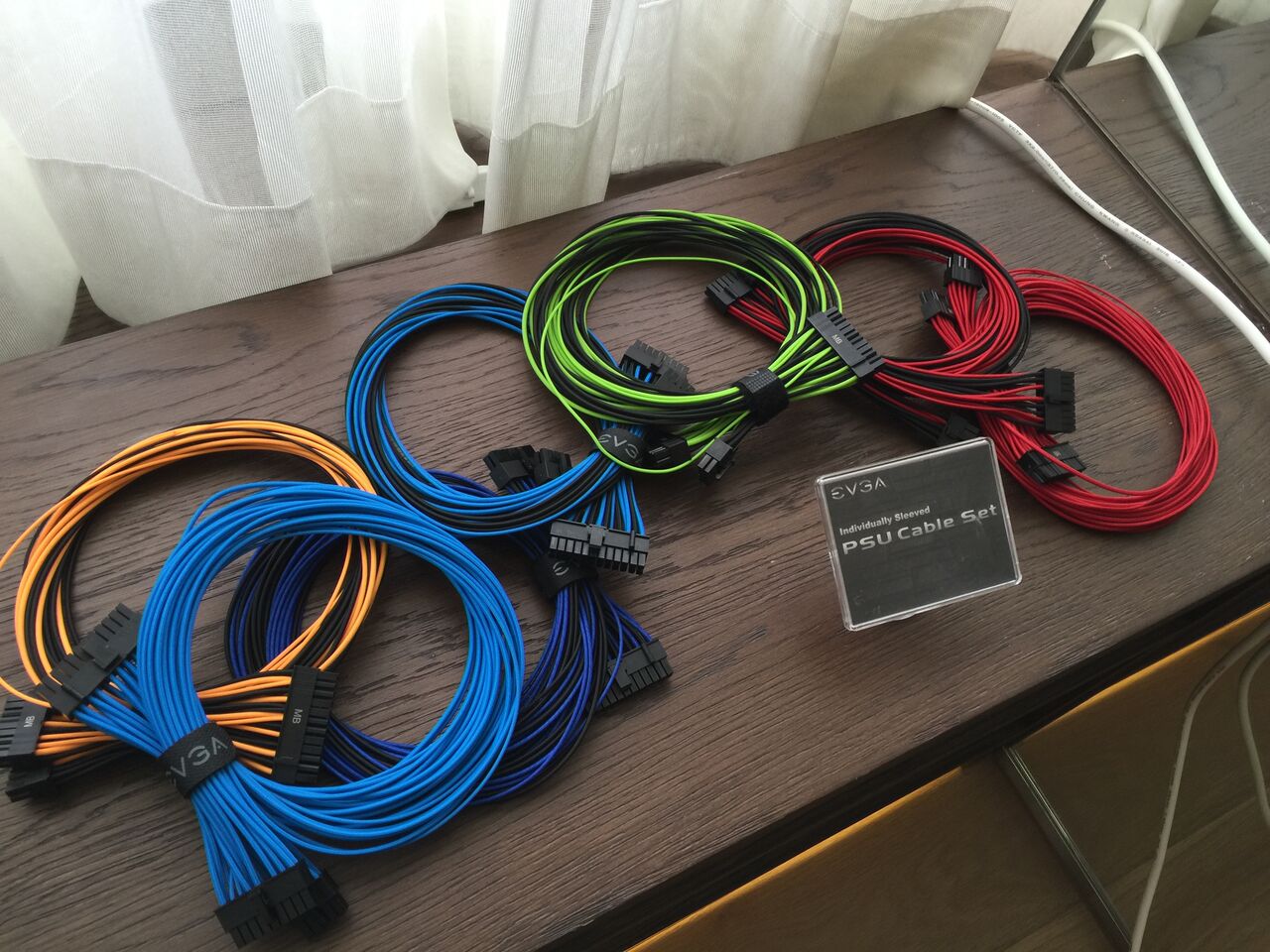 That is all from EVGA so far but stay tuned for more from Computex here at PC Perspective! 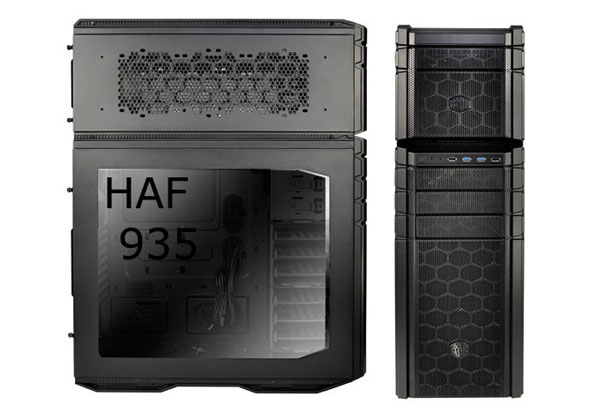 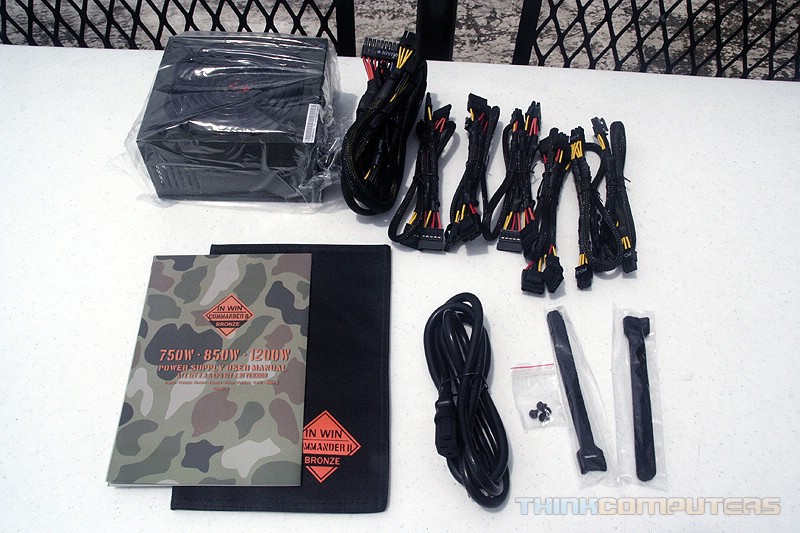 In Win’s entrance to the Kilowatt Club