Listening tests using the selected audio tracks were performed with a Kingston HyperX Cloud Gaming audio headset as well as a 5.1 speaker setup to exercise the subsystem's audio fidelity. In both cases, audio reproduction was clear and distortion-free with little quality difference between the different audio setups. 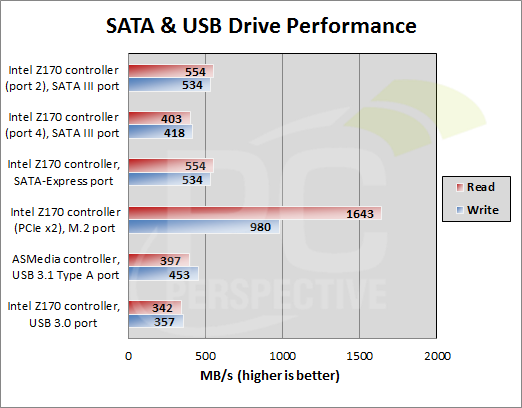 For the most part, the SSDs performed well on the Intel-based SATA ports with no performance difference measured between the SATA and SATA-Express ports. However, individual port selection seemed to matter with our sample board with drives on SATA port 4 performing considerably slower than with the same drive attached to SATA port 2. The Samsung 950 Pro drive performed as expected considering the integrated M.2 port is limited to x2 bandwidth. While the USB 3.1 GEN 2 port connected drive outperformed the USB 3.0 device, speeds seemed to sit between 400 – 450 MB/s. The USB 3.0 port attached drive performed as expected with speeds around 350 MB/s. 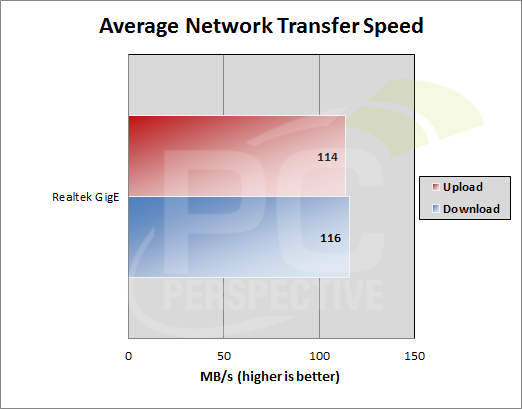 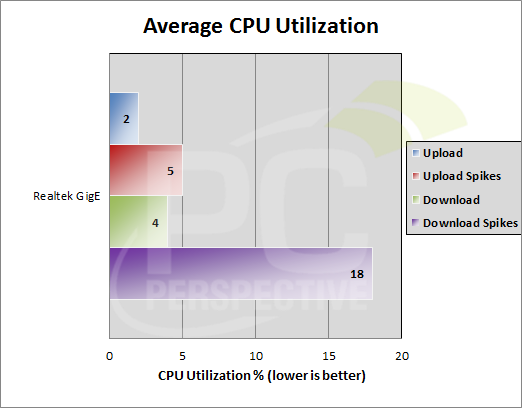 The integrated network controller performed well within expectations, averaging 115 MB/s for both upload and download runs. The CPU utilization numbers measured equally strong with averages remaining under 5% for the duration of all test runs with some momentary spiking during the download tests of just under 20%.