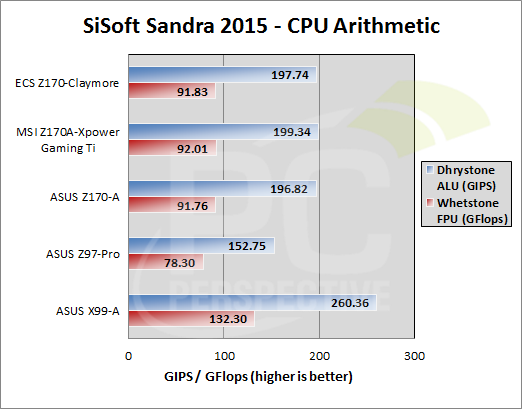 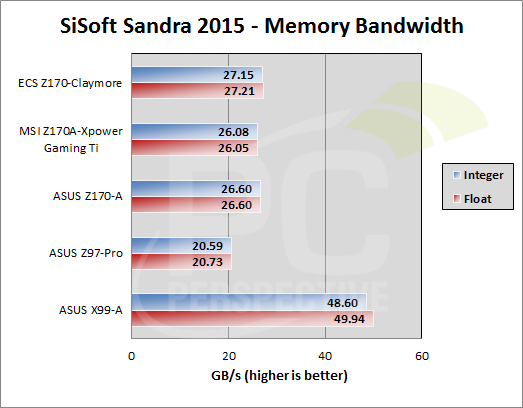 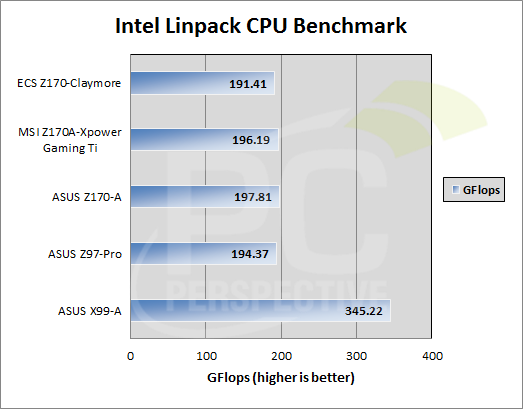 This CPU torture test is a proven method for identifying possible issues with the CPU to motherboard interface layer. The ECS Z170-Claymore board again maintained performance within acceptable limits, further supporting the board's proper functioning and design. 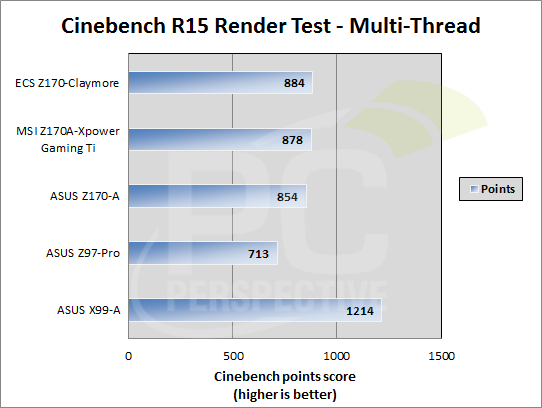 The Z170-Claymore board performed strongly in this multimedia benchmark, managing a high score in comparison with the other Z170 and Z97-based systems. 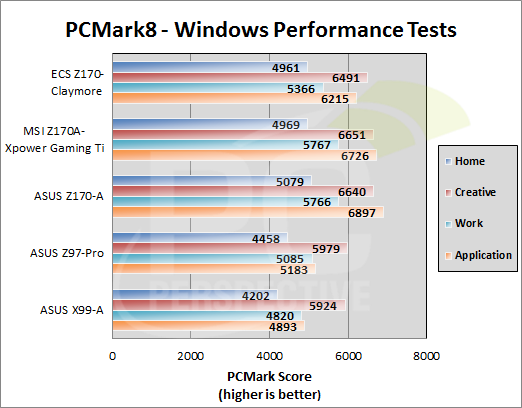 The Z170-Claymore performed within expectations in all tests with numbers beating out the last gen Z97 and X99 board, but falling behind the other Z170-based boards.