Back in March, Microsoft's Phil Spencer addressed some of the concerns over the Unified Windows Platform and PC gaming during his keynote address at the Build Conference. He noted that MS would "plan to open up VSync off, FreeSync, and G-Sync in May" and the company would "allow modding and overlays in UWP applications" sometime further into the future. Well it appears that Microsoft is on point with the May UWP update.

According to the MS DirectX Developer Blog, a Windows 10 update being pushed out today will enable UWP to support unlocked frame rates and variable refresh rate monitors in both G-Sync and FreeSync varieties.

As a direct response to your feedback, we’re excited to announce the release today of new updates to Windows 10 that make gaming even better for game developers and gamers.

Once applications take advantage of these new features, you will be able to play your UWP games with unlocked frame rates. We expect Gears of War: UE and Forza Motorsport 6: Apex to lead the way by adding this support in the very near future.

This OS update will be gradually rolled out to all machines, but you can download it directly here.

These updates to UWP join the already great support for unlocked frame rate and AMD and NVIDIA’s technologies in Windows 10 for classic Windows (Win32) apps.

Today's update won't automatically enable these features in UWP games like Gears of War or Quantum Break, they will still need to be updated individually by the developer. MS states that Gears of War and Forza will be the first to see these changes, but there is no mention of Quantum Break here, which is a game that could DEFINITELY benefit from the love of variable refresh rate monitors.

Vsync refers to the ability of an application to synchronize game rendering frames with the refresh rate of the monitor. When you use a game menu to “Disable vsync”, you instruct applications to render frames out of sync with the monitor refresh. Being able to render out of sync with the monitor refresh allows the game to render as fast as the graphics card is capable (unlocked frame rate), but this also means that “tearing” will occur. Tearing occurs when part of two different frames are on the screen at the same time.

I should note that these changes do not indicate that Microsoft is going to allow UWP games to go into an exclusive full screen mode – it still believes the disadvantages of that configuration outweigh the advantages. MS wants its overlays and a user's ability to easily Alt-Tab around Windows 10 to remain. Even though MS mentions screen tearing, I don't think that non-exclusive full screen applications will exhibit tearing. 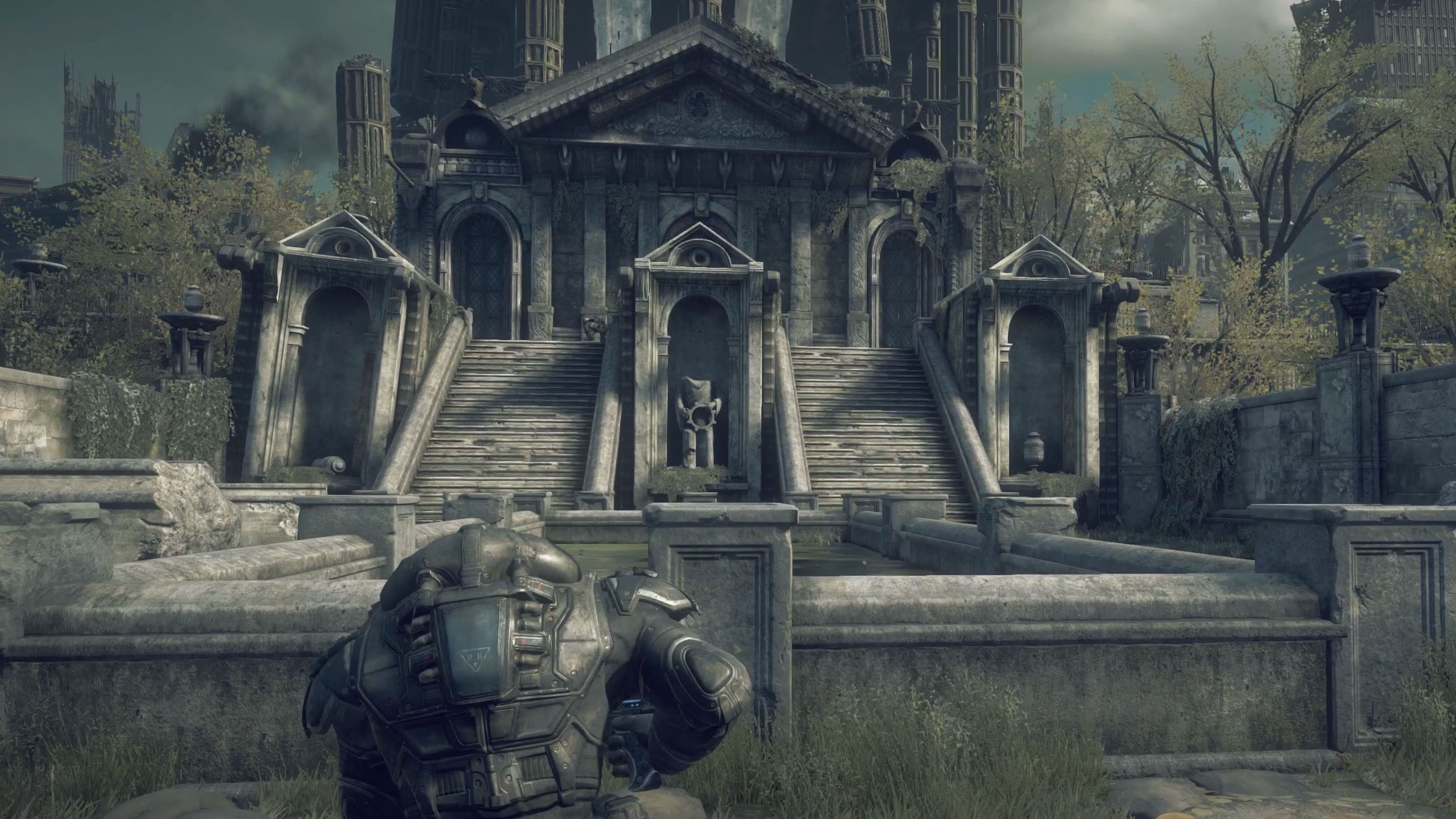 Gears of War on Windows 10 is a game that could definitely use an uncapped render rate and VRR support.

Instead, what is likely occurring, as we saw with the second iteration of the Ashes of the Singularity benchmark, is that the game will have an uncapped render rate internally but that frames rendered OVER 60 FPS (or the refresh rate of the display) will not be shown. This will improve perceived latency as the game will be able to present the most up to date frame (with the most update to date input data) when the monitor is ready for a new refresh.

UPDATE 5/10/16 @ 4:31pm: Microsoft just got back to me and said that my above statement wasn't correct. Screen tearing will be able to occur in UWP games on Windows 10 after they integrate support for today's patch. Interesting!!

For G-Sync and FreeSync users, the ability to draw to the screen at any range of render rates will offer an even further advantage of uncapped frame rates, no tearing but also, no "dropped" frames caused by running at off-ratios of a standard monitor's refresh rate.

I'm glad to see Microsoft taking these steps at a brisk pace after the feedback from the PC community early in the year. As for UWP's continued evolution, the blog post does tease that we should "expect to see some exciting developments on multiple GPUs in DirectX 12 in the near future."