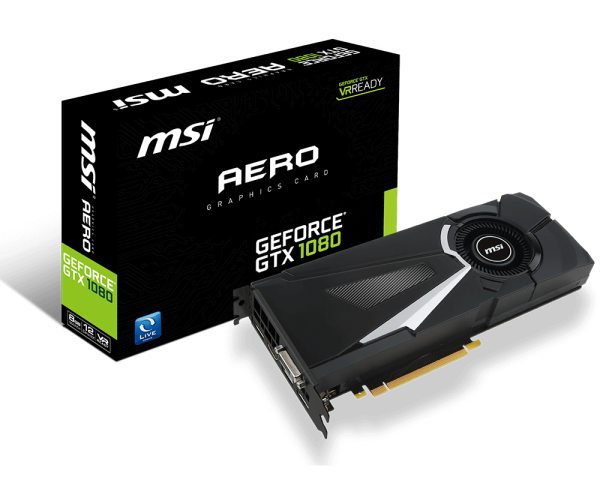 Beyond the Founders Edition, MSI has prepared six SKUs of the GTX 1080. These consists of four variants, two of which have an overclocked counterpart to make up the remaining two products. The product stack seems quite interesting, with a steady progression of user needs, but we'll need to wait for price and availability to know for sure.

We'll start at the bottom with the MSI GeForce GTX 1080 AERO 8G and MSI GeForce GTX 1080 AERO 8G OC. These are your typical blower designs that pull air in from within the case, and exhausts it out the back after collecting a bunch of heat from the GPU. It will work, it should be one of the cheapest options for this card, and it will keep the GTX 1080's heat outside of the case. It has a little silver accent on it, too. The non-overclocked version is the standard 1607 MHz / 1733 MHz that NVIDIA advertises, and the OC SKU is a little higher: 1632 MHz / 1771 MHz. 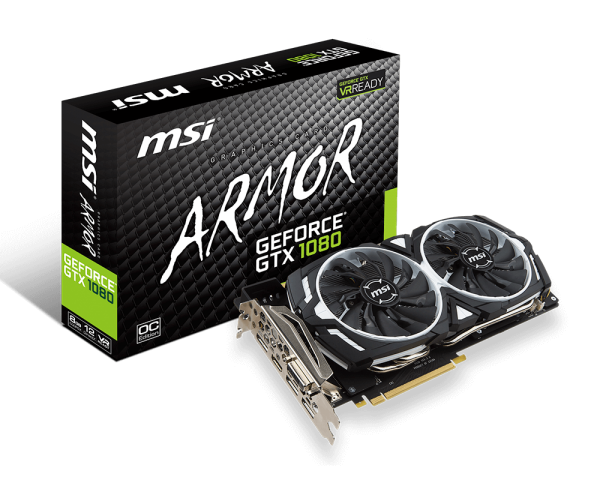 Next up the product stack are the MSI GeForce GTX 1080 ARMOR 8G and MSI GeForce GTX 1080 ARMOR 8G OC versions. This uses MSI's aftermarket, two-fan cooler that should provide much lower temperatures than AERO, but they exhaust back into the case. Personally? I don't really care about that. The only other thing that heats up in my case, to any concerning level at least, is my CPU, and I recently switched that to a closed-loop water cooler anyway. MSI added an extra, six-pin power connector to these cards (totaling 8-pin + 6-pin + slot power = up-to 300W, versus 8-pin + slot power's 225W). The non-overclocked version is NVIDIA's base 1607 MHz / 1733 MHz, but OC brings that up to 1657 MHz / 1797 MHz. 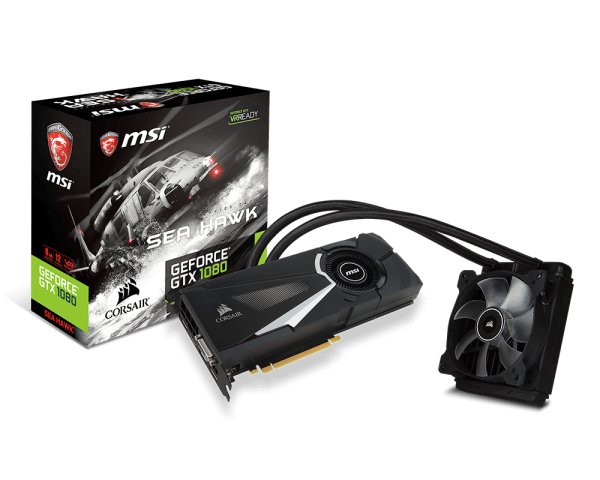 Speaking of closed-loop water coolers… The MSI GeForce GTX 1080 SEA HAWK takes the AERO design, which we mentioned earlier, and puts a Corsair self-contained water cooler inside it, too. Only one SKU of this is available, clocked at 1708 MHz base and 1847 MHz boost, but it should support overclocking fairly easily. That said, unlike other options that add a bonus six-pin connector, the SEA HAWK has just one, eight-pin connector. Good enough for the Founders Edition, but other SKUs (including three of the other cards in this post) suggest that there's a reason to up the power ceiling. 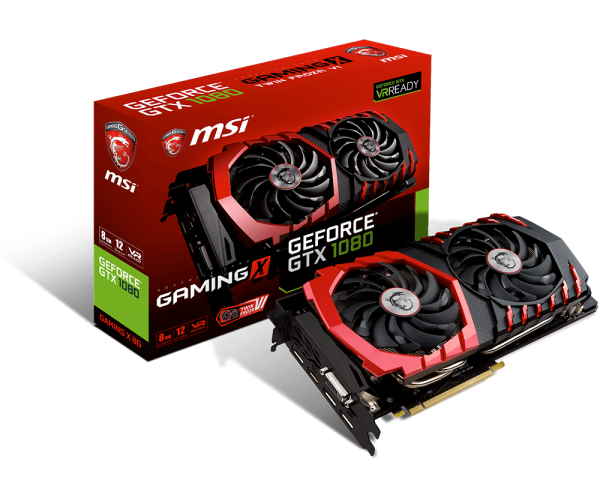 We now get to MSI's top, air-cooled SKU: the MSI GeForce GTX 1080 GAMING X 8G. This one has their new TWIN FROZR VI, which they claim spins quieter and has fans that drag more air to spin slower than previous models. It, as you would assume from reading about ARMOR 8G, has an extra, six-pin power connector to provide more overclocking headroom. It has three modes: Silent, which clocks the card to the standard 1607 MHz / 1733 MHz levels; Gaming, which significantly raises that to 1683 MHz / 1822 MHz; and OC, which bumps that slightly further to 1708 MHz / 1847 MHz.

Currently, no pricing and availability for any of these.