Several weeks ago when NVIDIA announced the new GTX 1000 series of products, we were given a quick glimpse of the GTX 1070.  This upper-midrange card is to carry a $379 price tag in retail form while the "Founder's Edition" will hit the $449 mark.  Today NVIDIA released the full specifications of this card on their website.

The interest of the GTX 1070 is incredibly great because of the potential performance of this card vs. the previous generation.  Price is also a big consideration here as it is far easier to raise $370 than it is to make the jump to GTX 1080 and shell out $599 once non-Founder's Edition cards are released.  The GTX 1070 has all of the same features as the GTX 1080, but it takes a hit when it comes to clockspeed and shader units.

The GTX 1070 is a Pascal based part that is fabricated on TSMC's 16nm FF+ node.  It shares the same overall transistor count of the GTX 1080, but it is partially disabled.  The GTX 1070 contains 1920 CUDA cores as compared to the 2560 cores of the 1080.  Essentially one full GPC is disabled to reach that number.  The clockspeeds take a hit as well compared to the full GTX 1080.  The base clock for the 1070 is still an impressive 1506 MHz and boost reaches 1683 MHz.  This combination of shader counts and clockspeed makes this probably a little bit faster than the older GTX 980 ti.  The rated TDP for the card is 150 watts with a single 8 pin PCI-E power connector.  This means that there should be some decent headroom when it comes to overclocking this card.  Due to binning and yields, we may not see 2+ GHz overclocks with these cards, especially if NVIDIA cut down the power delivery system as compared to the GTX 1080.  Time will tell on that one.

The memory technology that NVIDIA is using for this card is not the cutting edge GDDR5x or HBM, but rather the tried and true GDDR5.  8 GB of this memory sits on a 256 bit bus, but it is running at a very, very fast 8 gbps.  This gives overall bandwidth in the 256 GB/sec region.  When we combine this figure with the memory compression techniques implemented with the Pascal architecture we can see that the GTX 1070 will not be bandwidth starved.  We have no information if this generation of products will mirror what we saw with the previous generation GTX 970 in terms of disabled memory controllers and the 3.5 GB/500 MB memory split due to that unique memory subsystem. 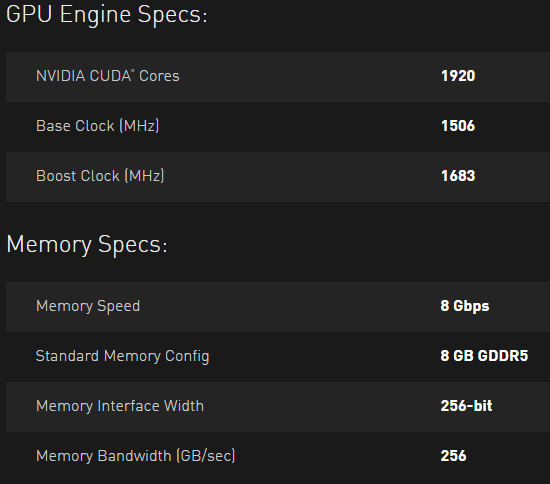 Beyond those things, the GTX 1070 is identical to the GTX 1080 in terms of DirectX features, display specifications, decoding support, double bandwidth SLI, etc.  There is an obvious amount of excitement for this card considering its potential performance and price point.  These supposedly will be available in the Founder's Edition release on June 10 for the $449 MSRP.  I know many people are considering using these cards in SLI to deliver performance for half the price of last year's GTX 980ti.  From all indications, these cards will be a signficant upgrade for anyone using GTX 970s in SLI.  With the greater access to monitors that hit 4K as well as Surround Gaming, this could be a solid purchase for anyone looking to step up their game in these scenarios. 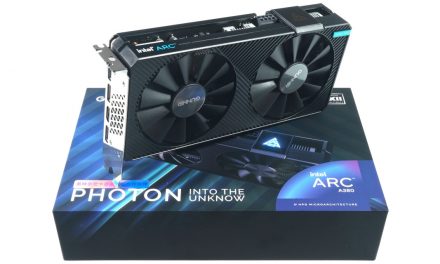