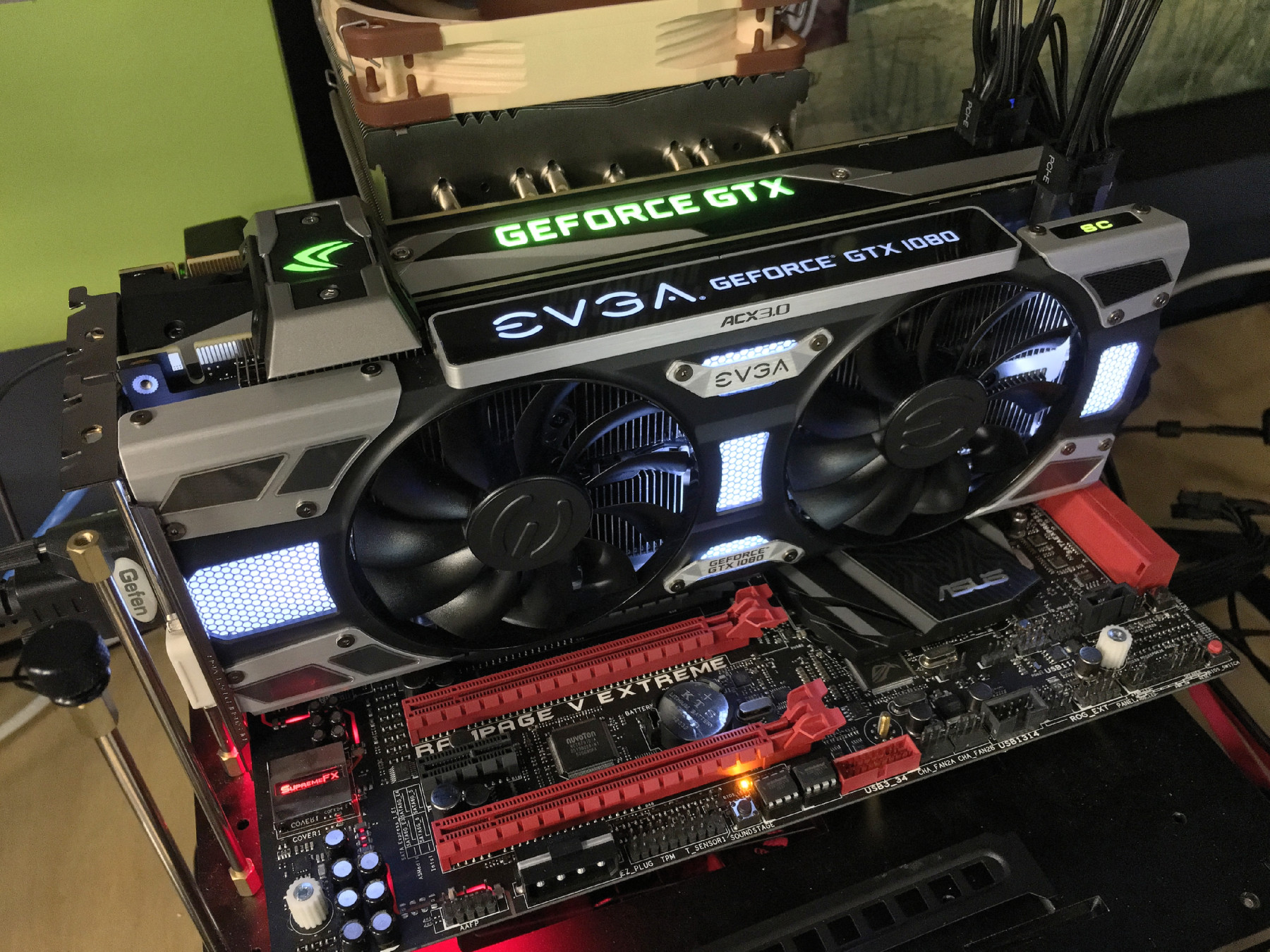 …so the time where we manage to get multiple GTX 1080's in the office here would, of course, be when Ryan is on the other side of the planet. We are also missing some other semi-required items, like the new 'SLI HB 'bridge, but we should be able to test on an older LED bridge at 2560×1440 (under the resolution where the newer style is absolutely necessary to avoid a sub-optimal experience). That said, surely the storage guy can squeeze out a quick run of 3DMark to check out the SLI scaling, right? 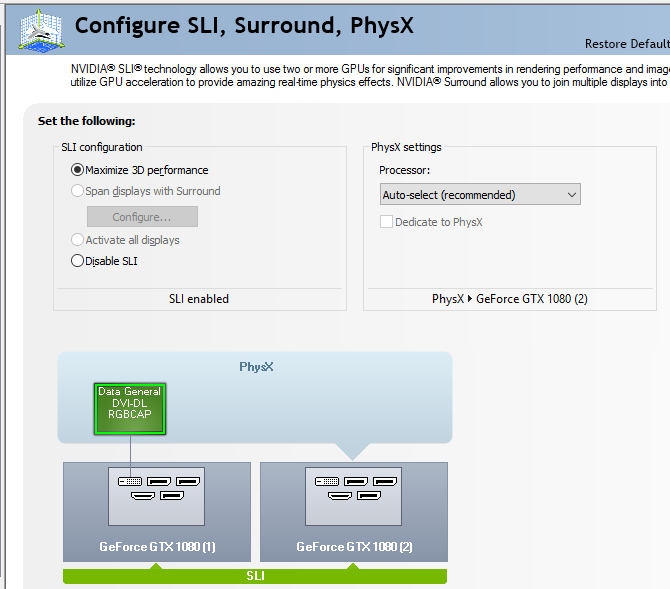 For this testing, I spent just a few minutes with EVGA's OC Scanner to take advantage of GPU Boost 3.0. I cranked the power limits and fans on both cards, ending up at a stable overclock hovering at right around 2 GHz on the pair. I'm leaving out the details of the second GPU we got in for testing as it may be under NDA and I can't confirm that as all of the people to ask are in an opposite time zone, so I'm leaving out that for now (pfft – it has an aftermarket cooler). Then I simply ran Firestrike (25×14) with SLI disabled: 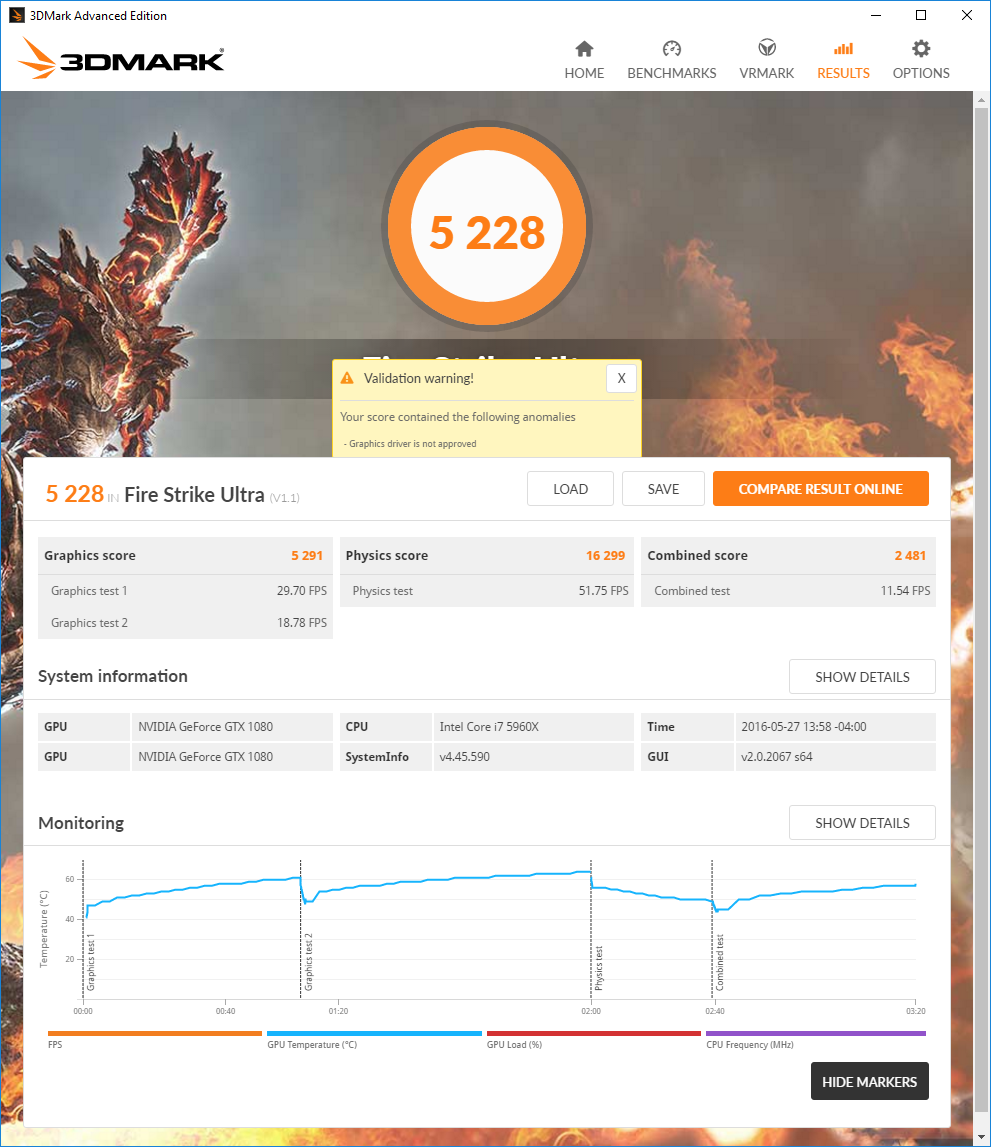 …and then with it enabled: 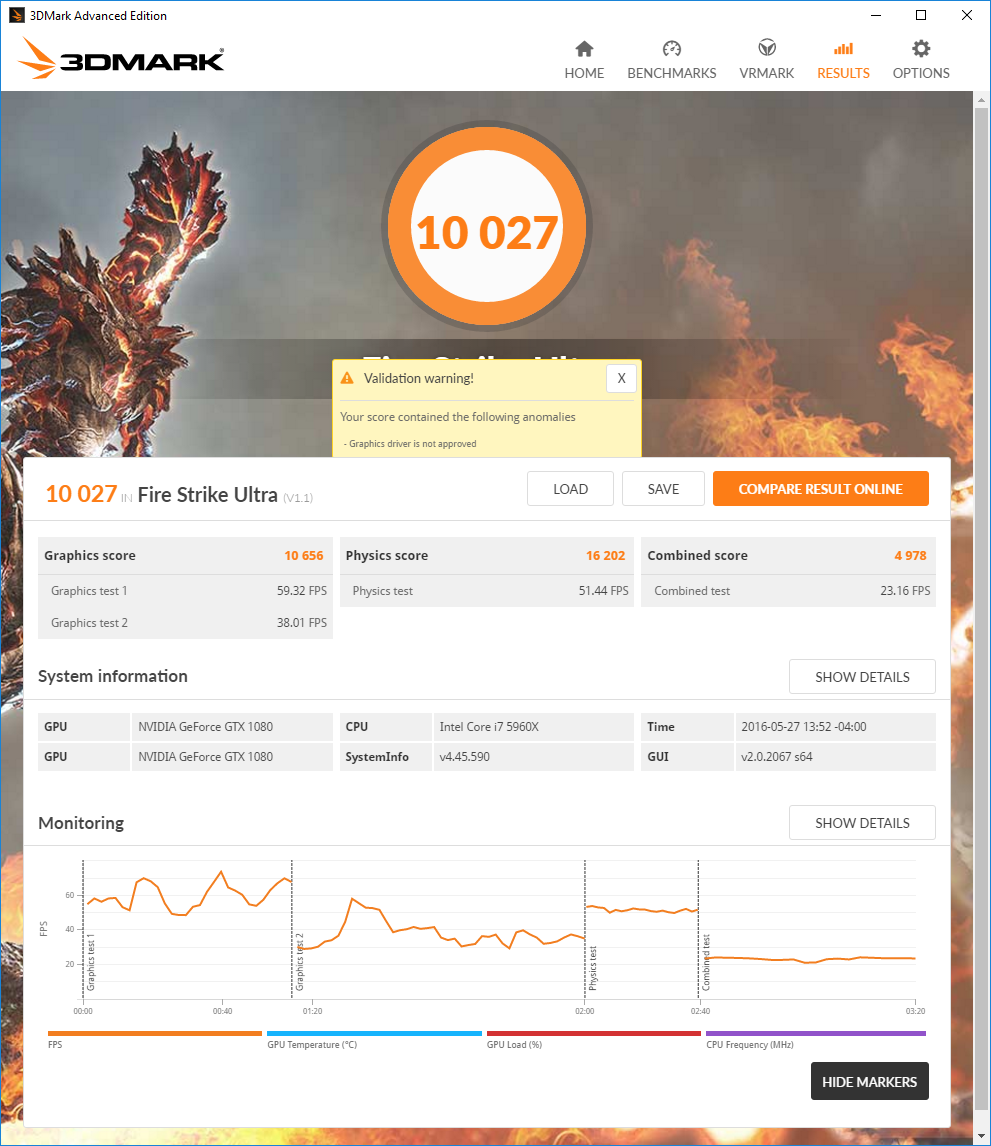 That works out to a 92% gain in 3DMark score, with the FPS figures jumping by almost exactly 2x. Now remember, this is by no means a controlled test, and the boss will be cranking out a much more detailed piece with frame rated results galore in the future, but for now I just wanted to get some quick figures out to the masses for consumption and confirmation that 1080 SLI is a doable thing, even on an older bridge. 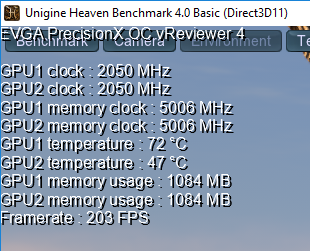 Aftermarket coolers are a good thing as evidenced by the 47c of that second GPU, but the Founders Edition blower-style cooler is still able to get past 2GHz just fine. Both cards had their fans at max speed in this example.

I was able to confirm we are not under NDA on the additional card we received. Behold: 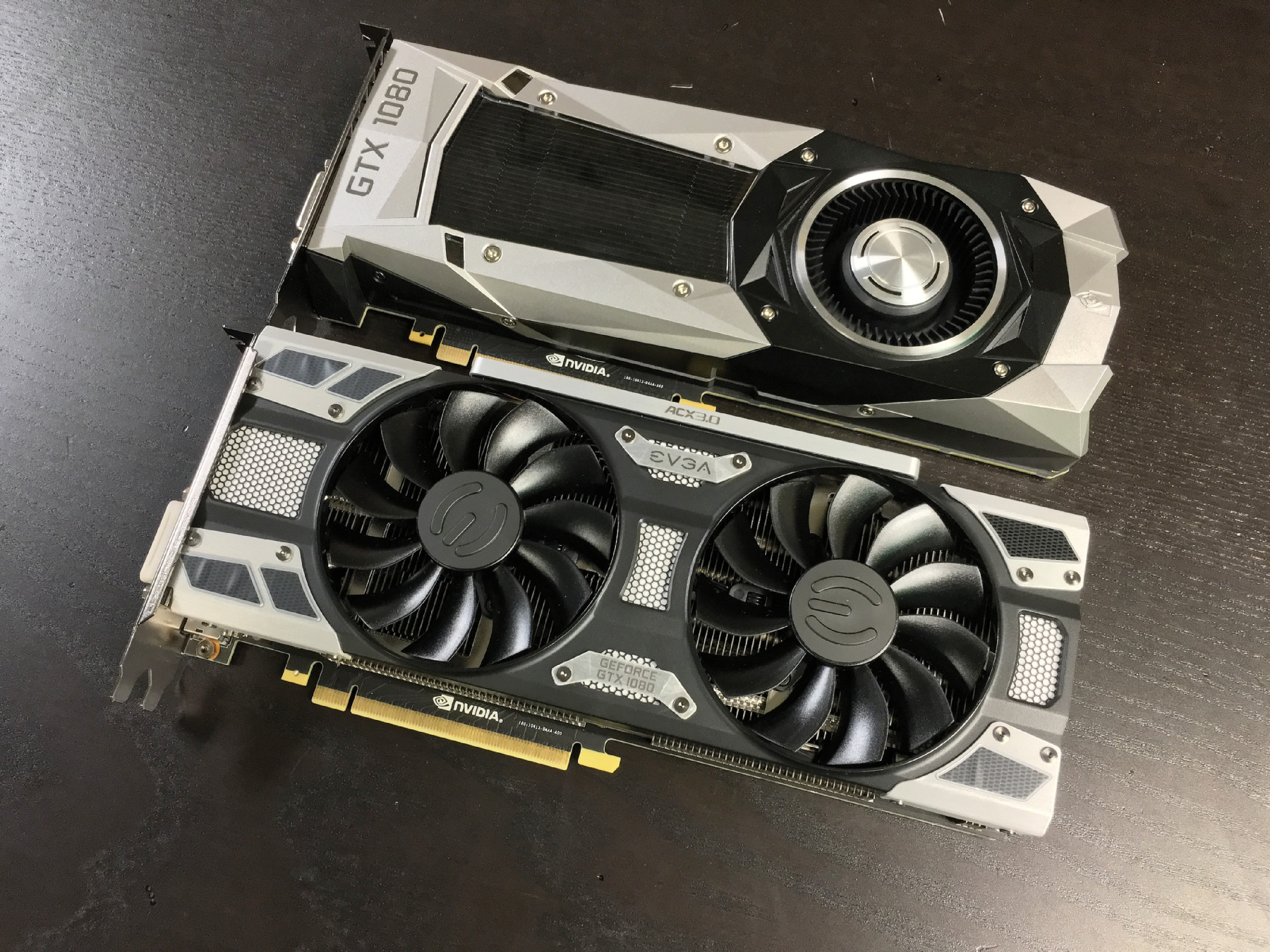 This is the EVGA Superclocked edition with their ACX 3.0 cooler.