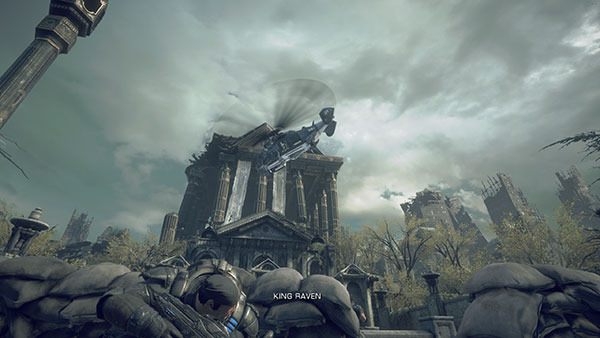 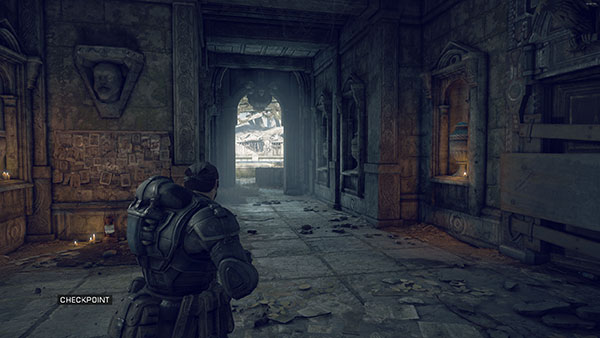 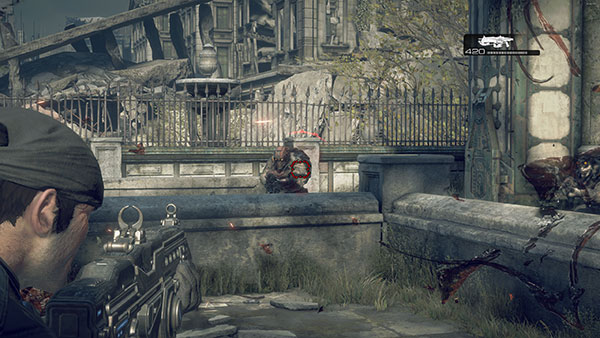 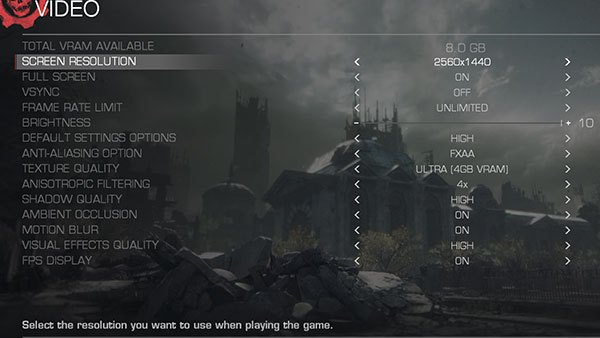 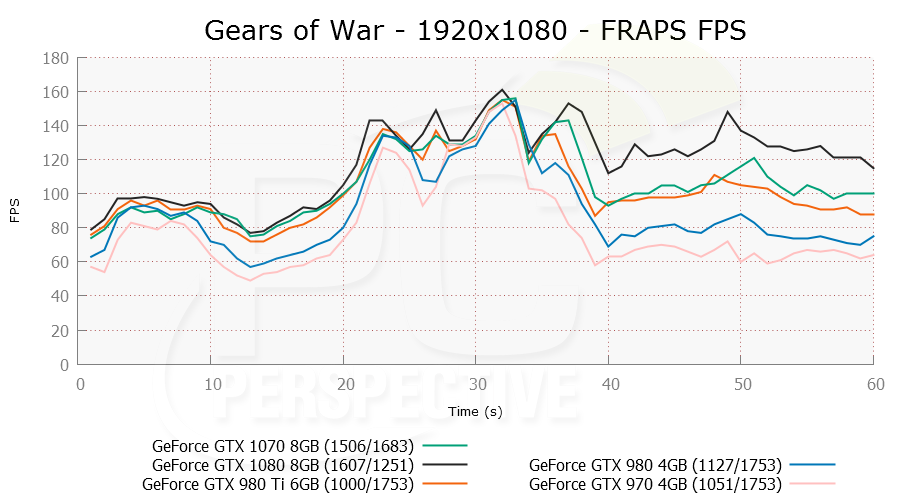 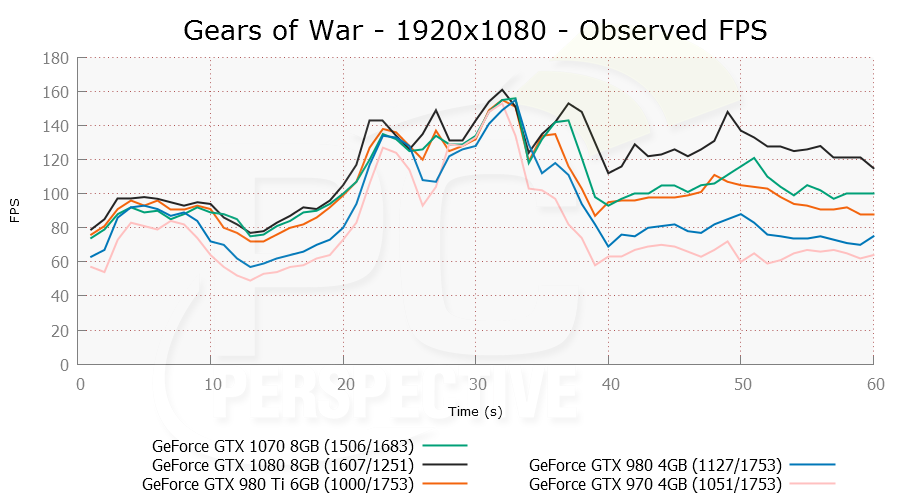 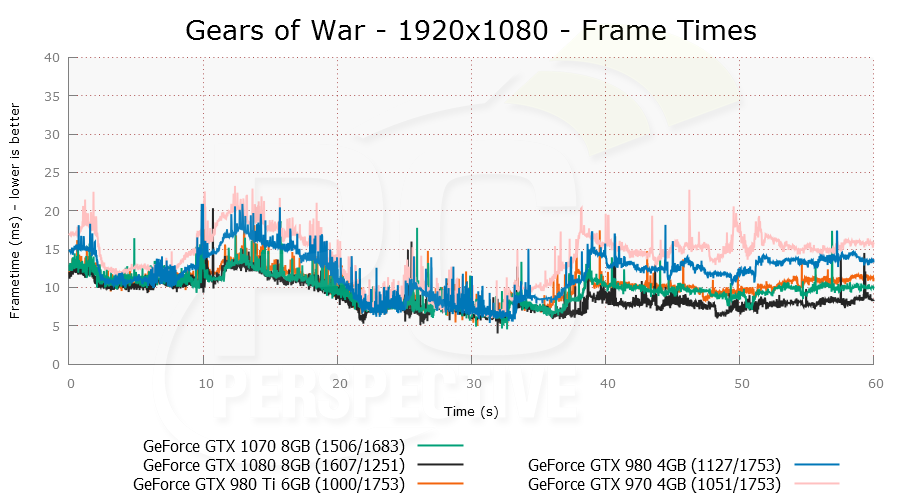 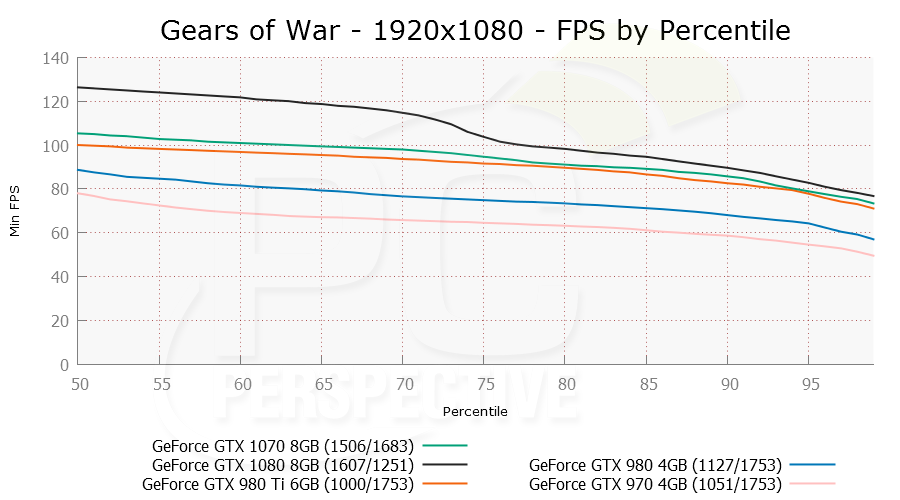 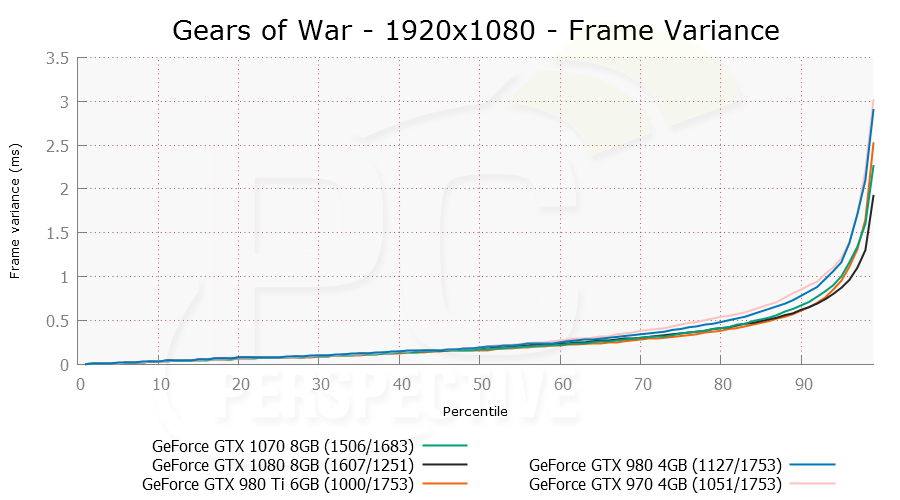 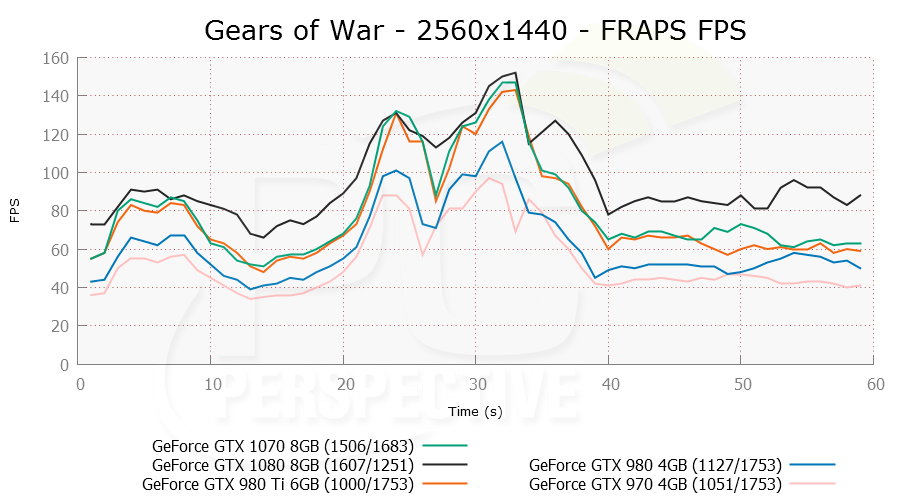 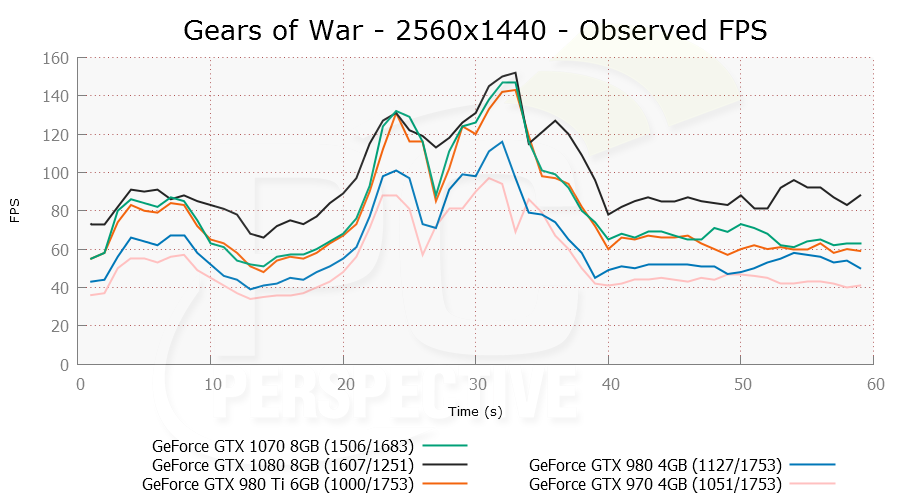 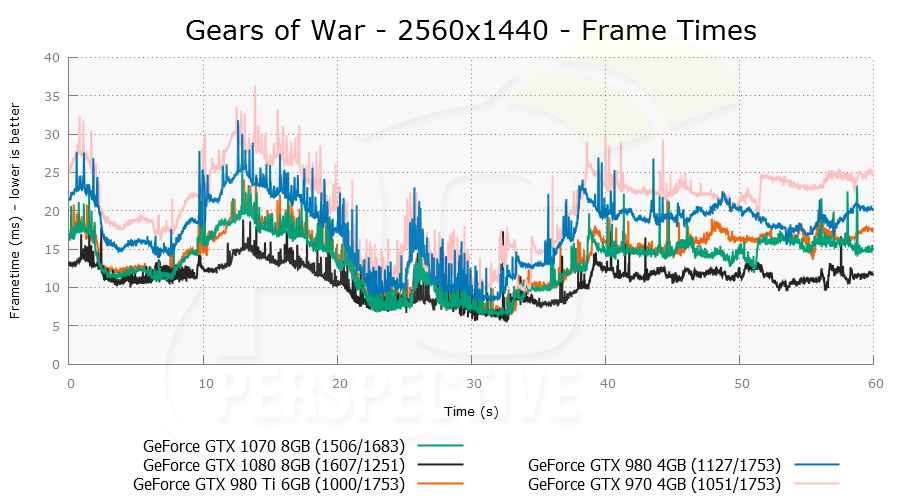 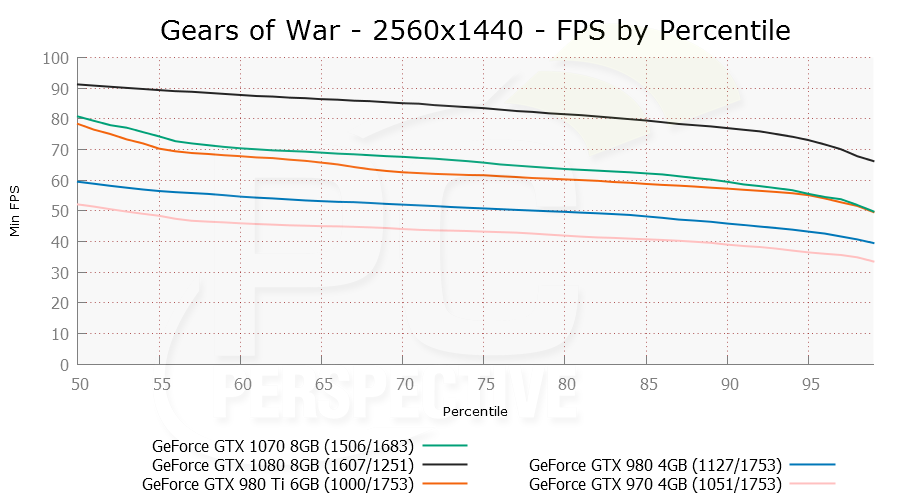 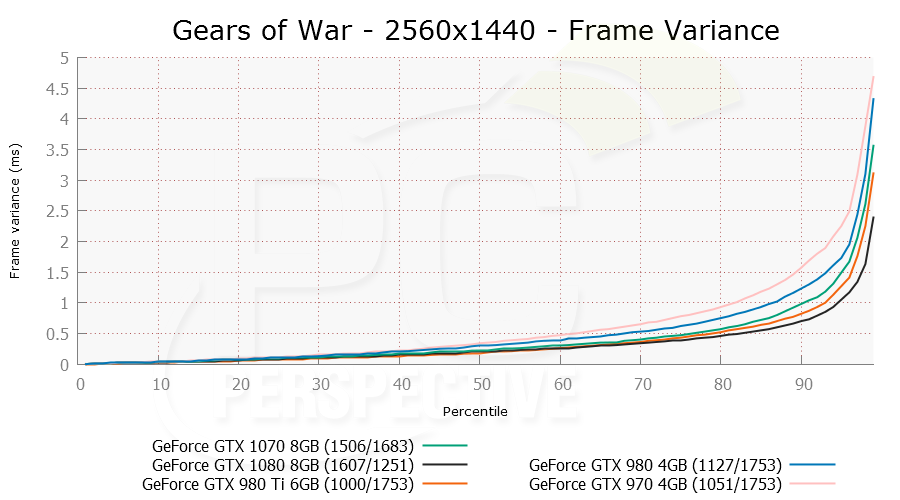 Even though we saw limited scaling in our competitive benchmark page, our look at the GeForce family shows a bit more difference between card. The GTX 1080 only outperforms the GTX 1070 by 12% at 2560×1440 but the GTX 1070 is still able to stay even or ahead of the GTX 980 Ti.