Rise of the Tomb Raider (DirectX 12) 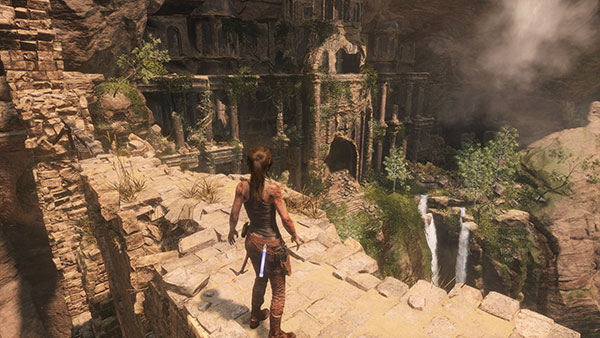 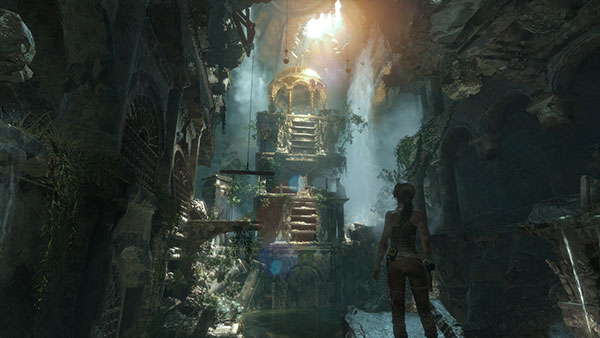 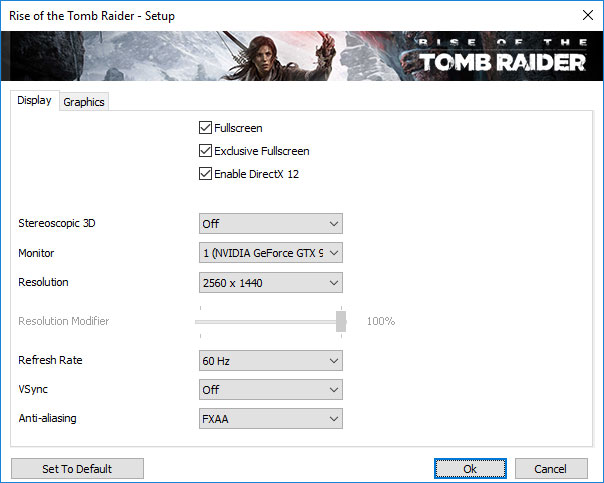 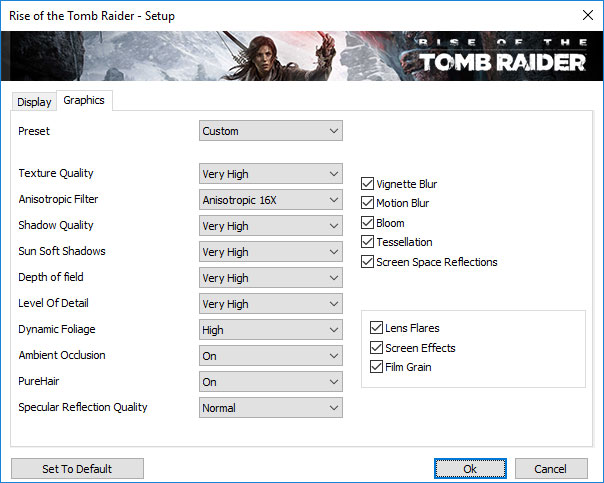 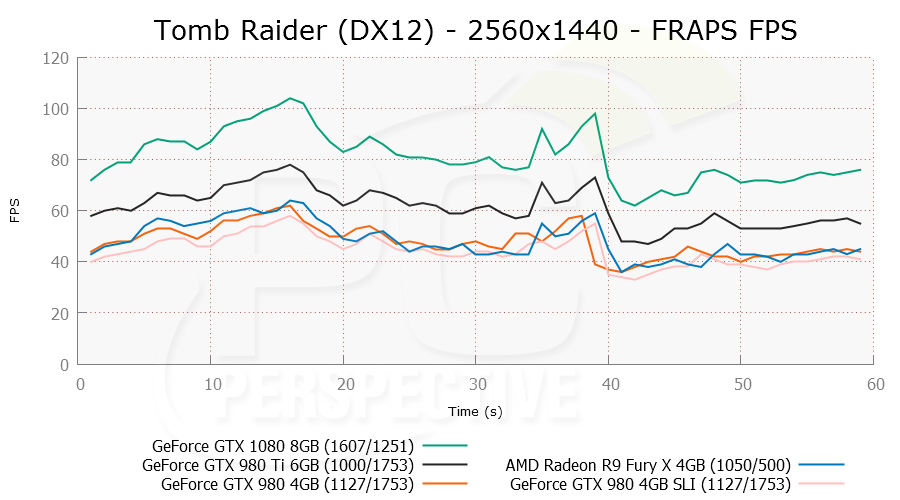 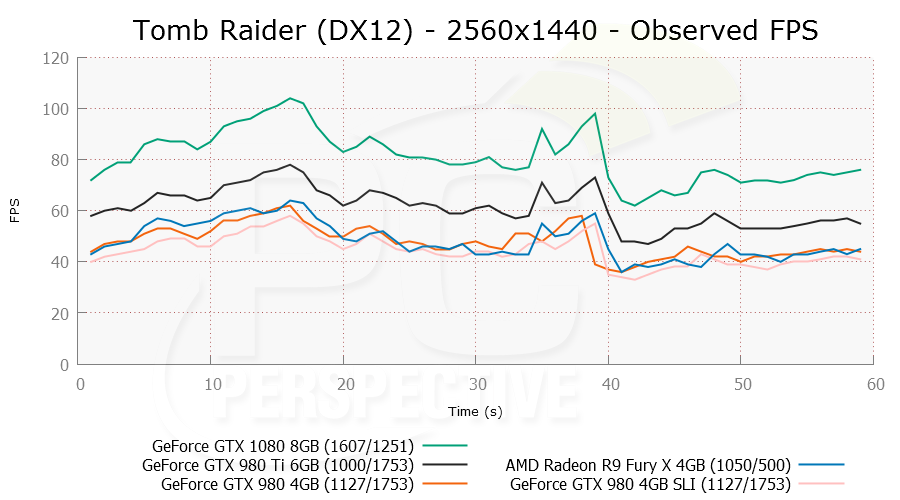 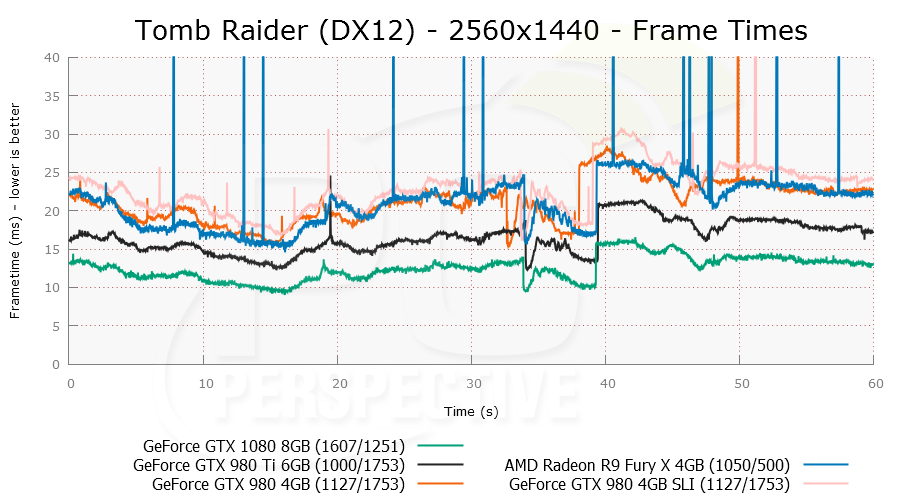 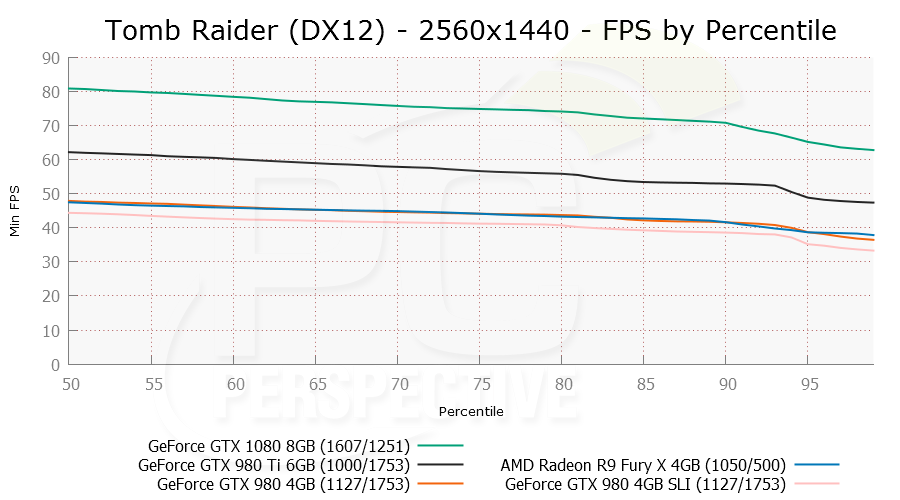 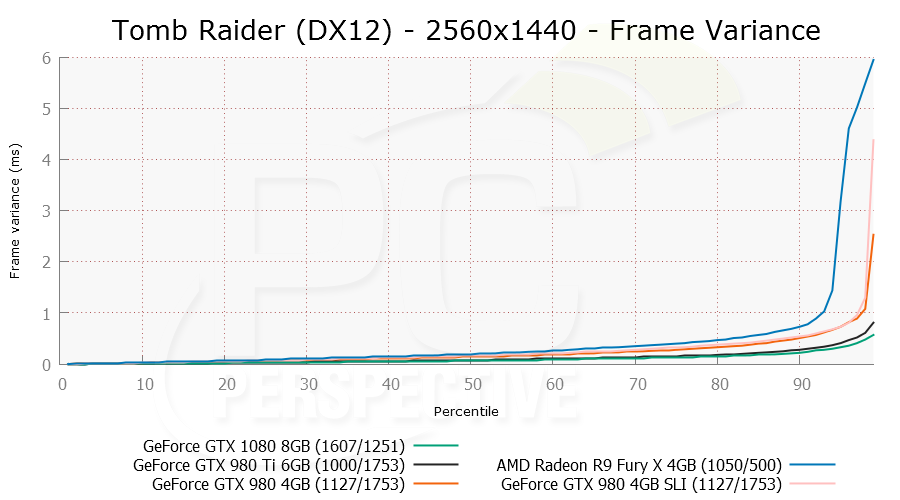 For this round of Rise of the Tomb Raider testing we have moved to the DX12 version, hoping to better represent future gaming experiences. In my testing, the Fury X had frequent, and repeatable, spikes in frame times for a single frame here and there; you can see it as the blue line spike in the Frame Times graph. The GTX 1080 is smooth though, and pulls in an average frame rate over 80 FPS, while the GTX 980 Ti comes in next at 61 FPS or so! 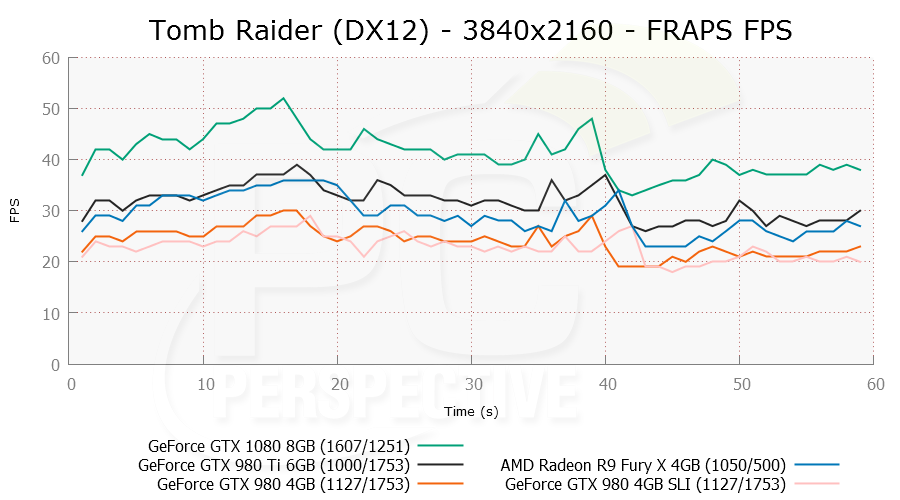 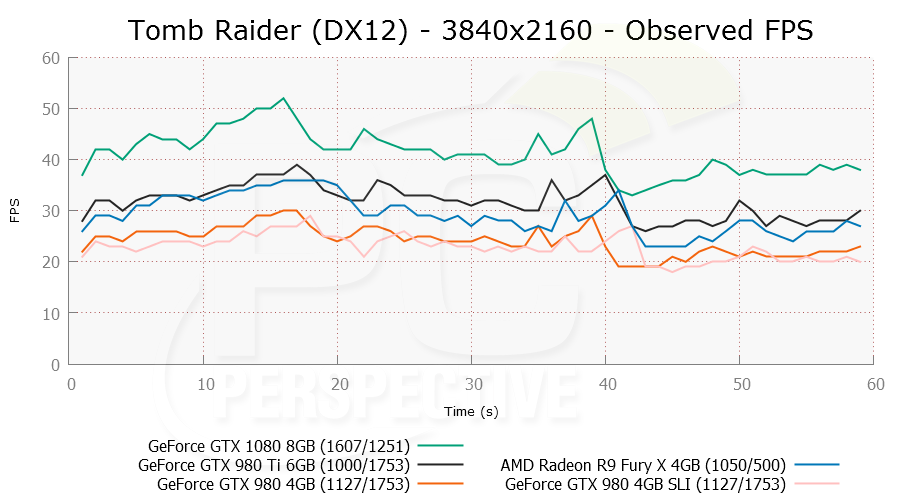 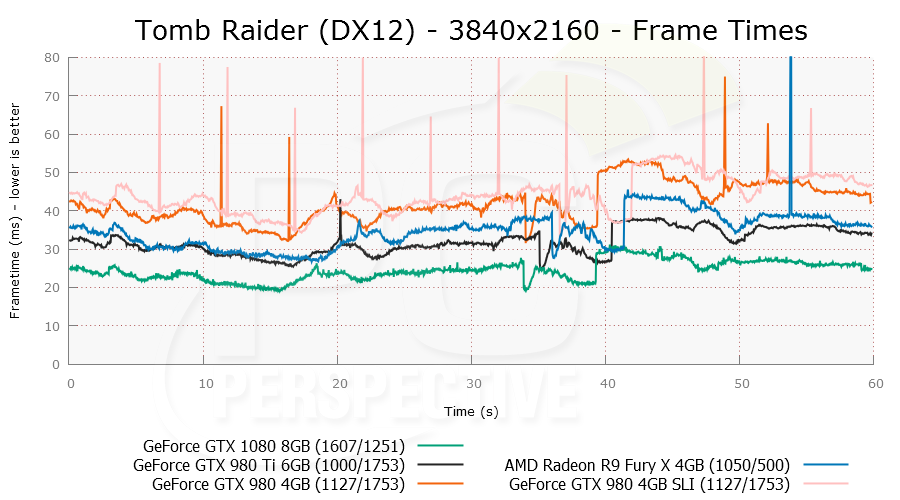 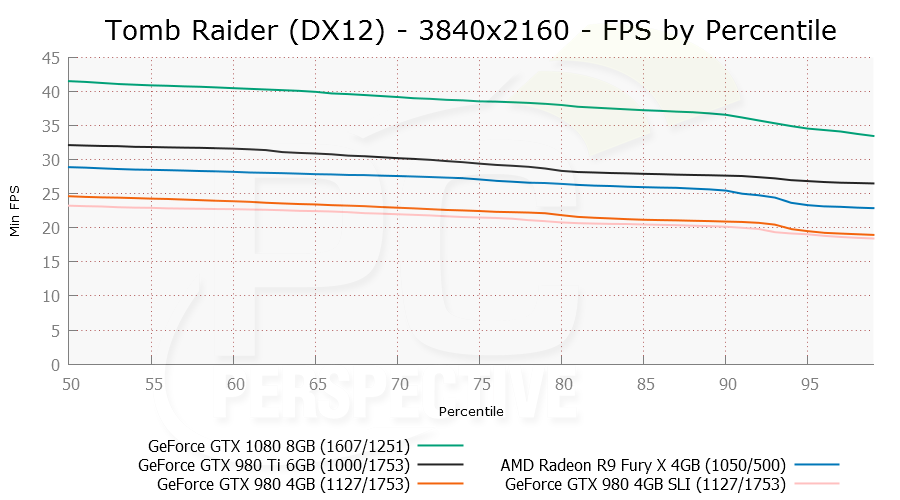 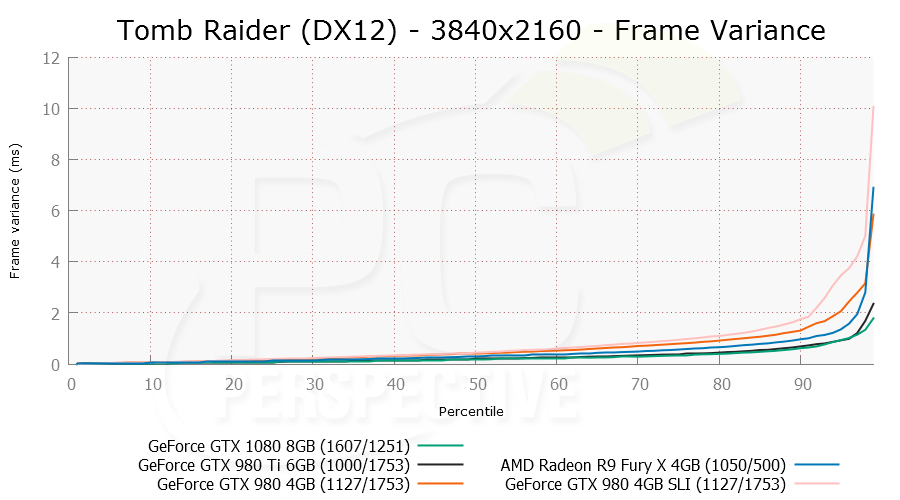 This table presents the above data in a more basic way, focusing only on the average FPS, so keep that in mind. Green across the board again for the GTX 1080 – I bet NVIDIA could get used to this! The GP104-based card is about 30% faster than the GTX 980 Ti but is actually 45-67% faster than the Fury X in this DX12 title. 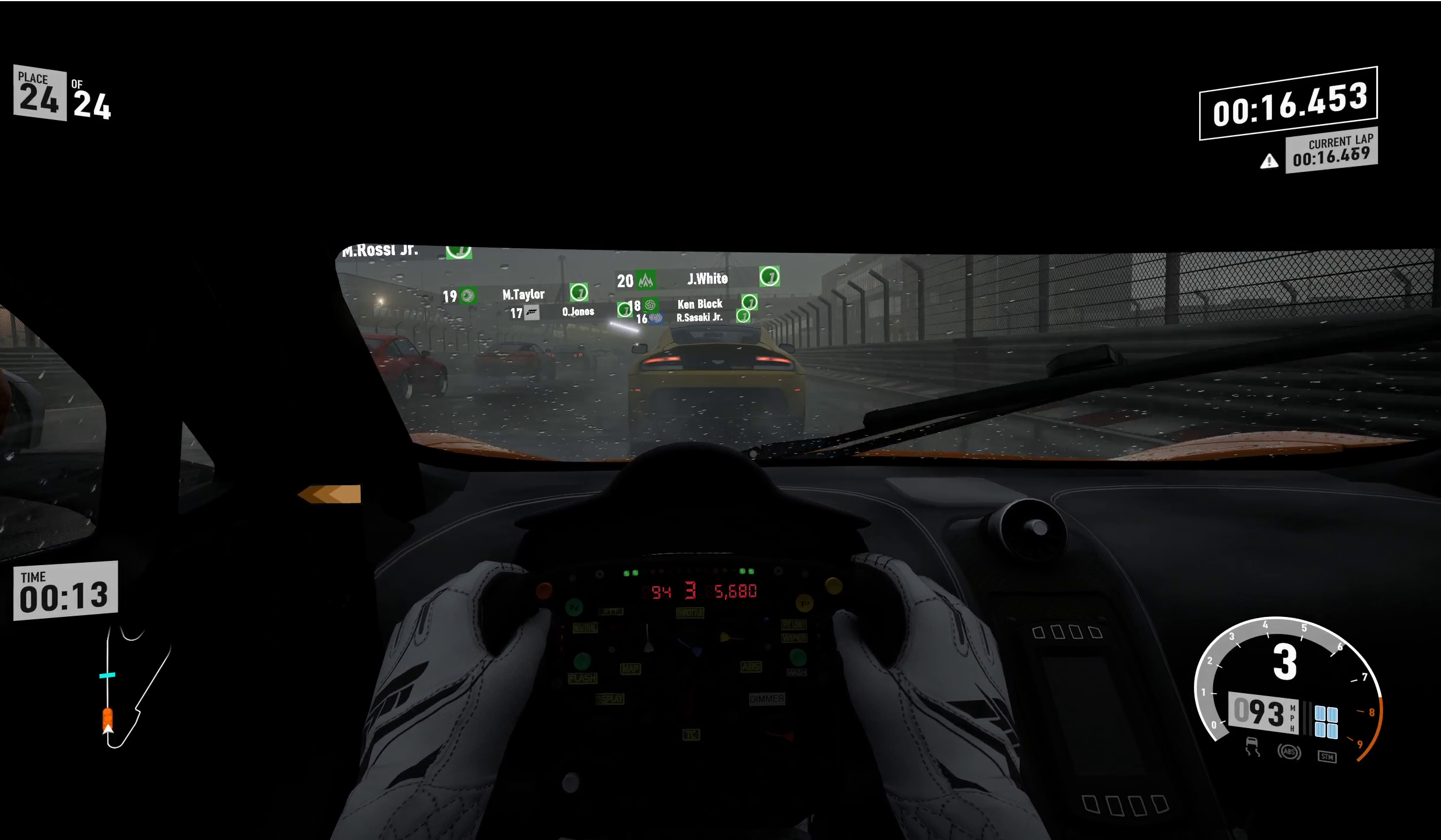