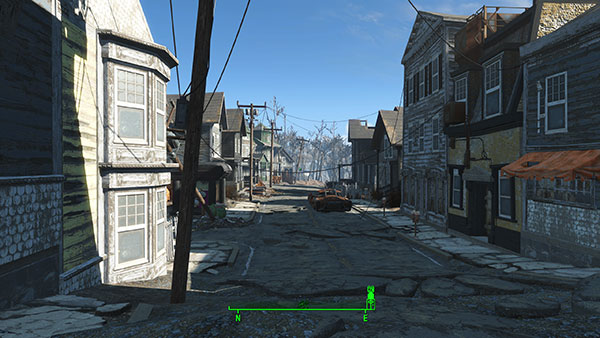 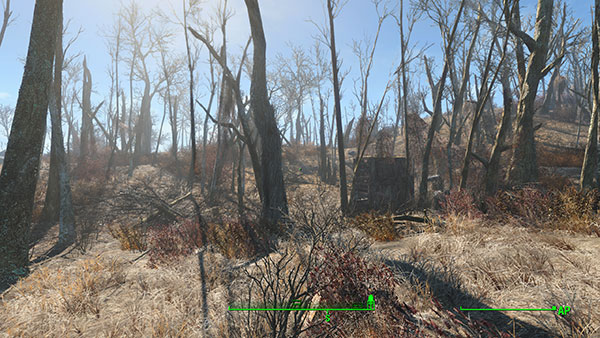 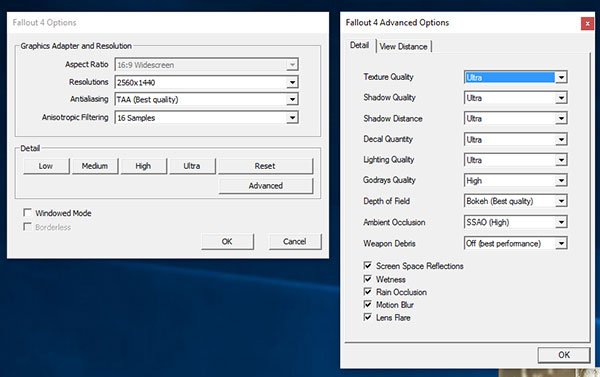 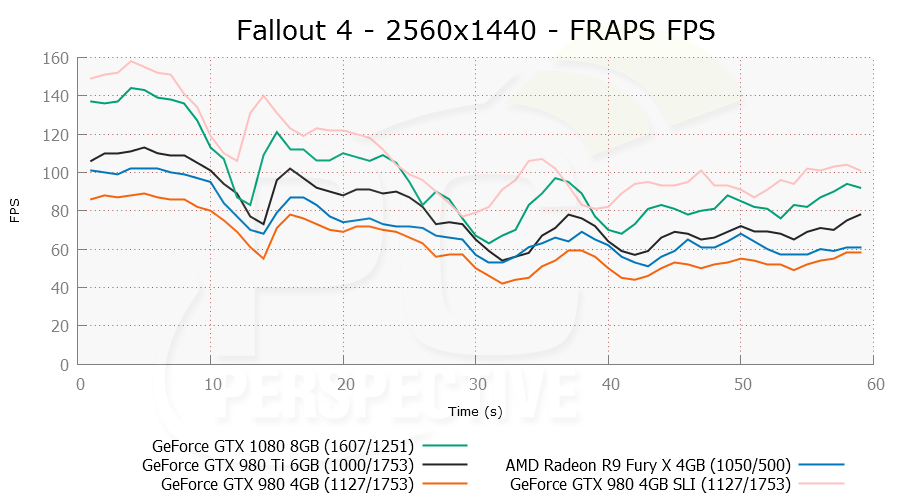 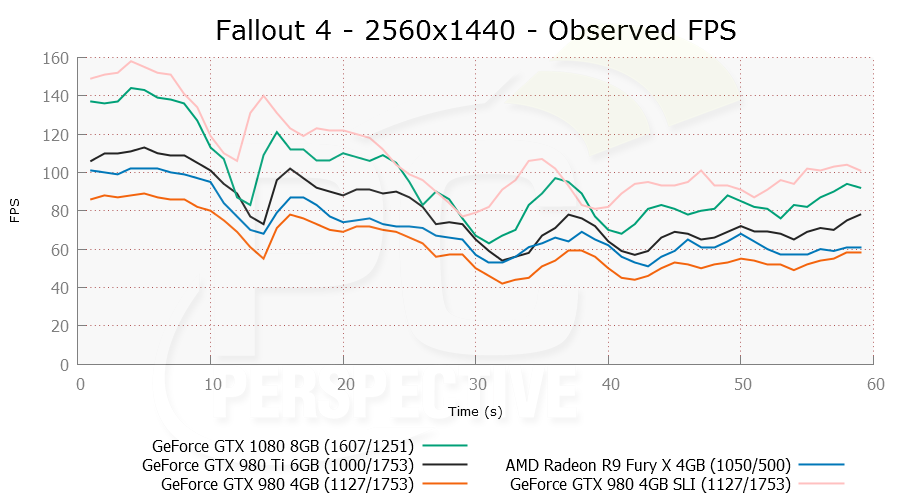 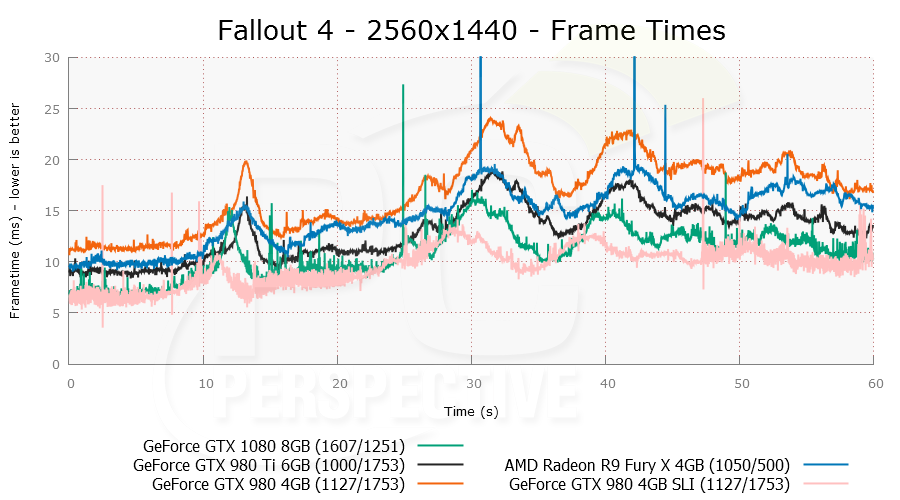 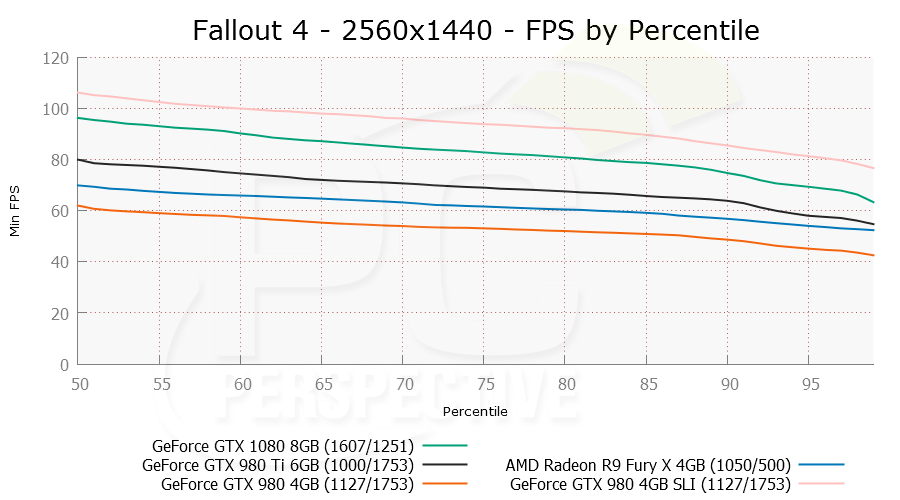 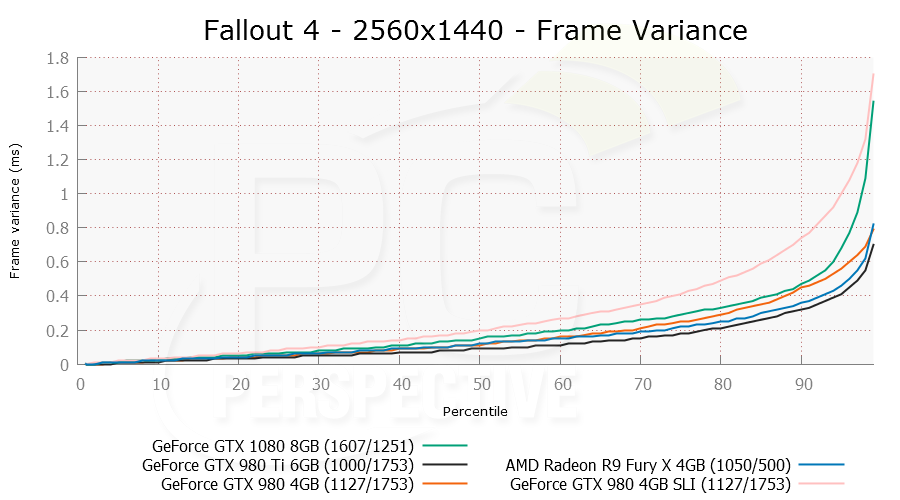 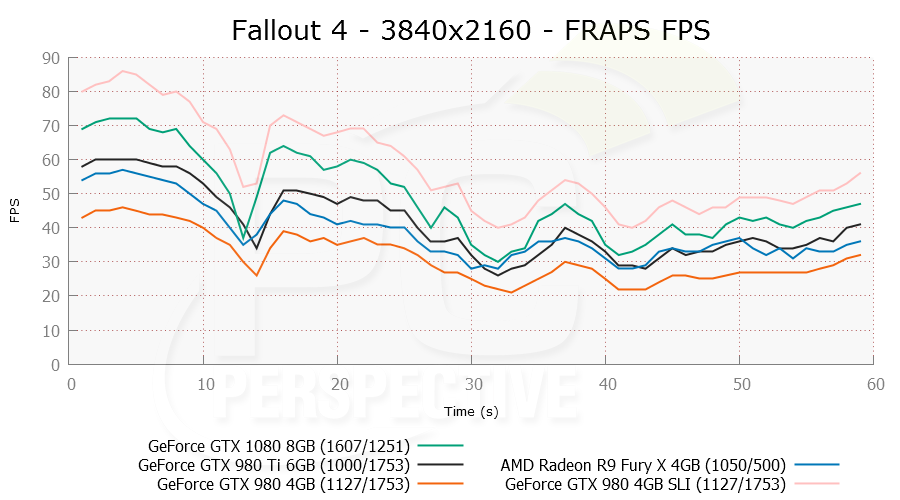 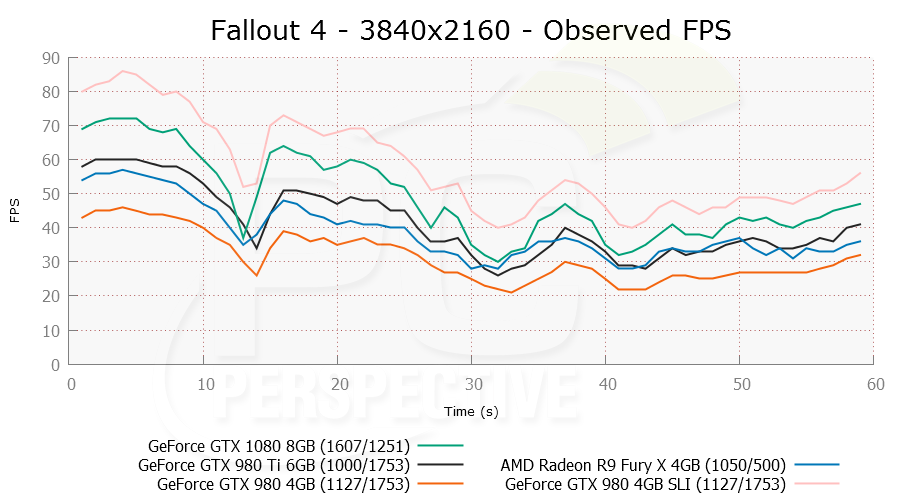 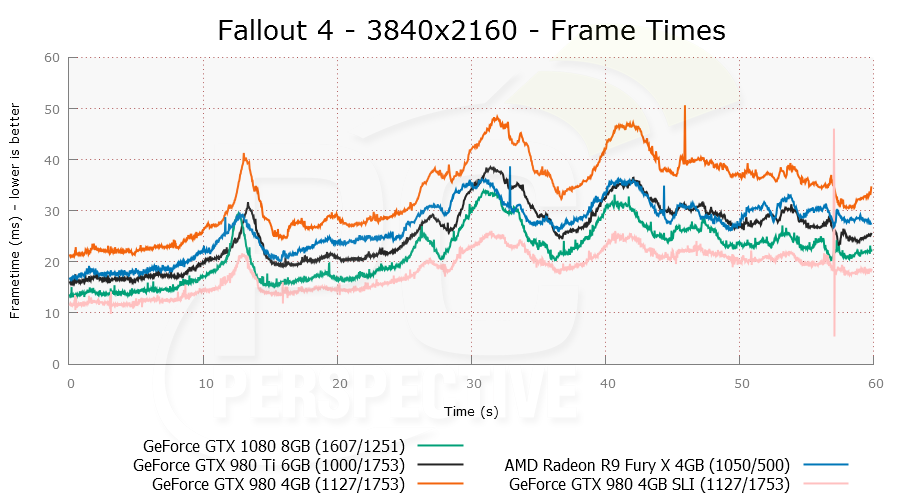 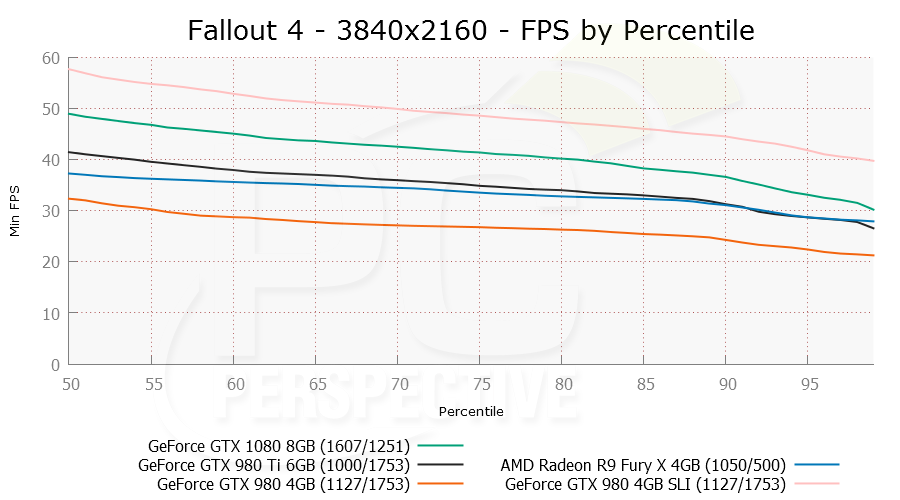 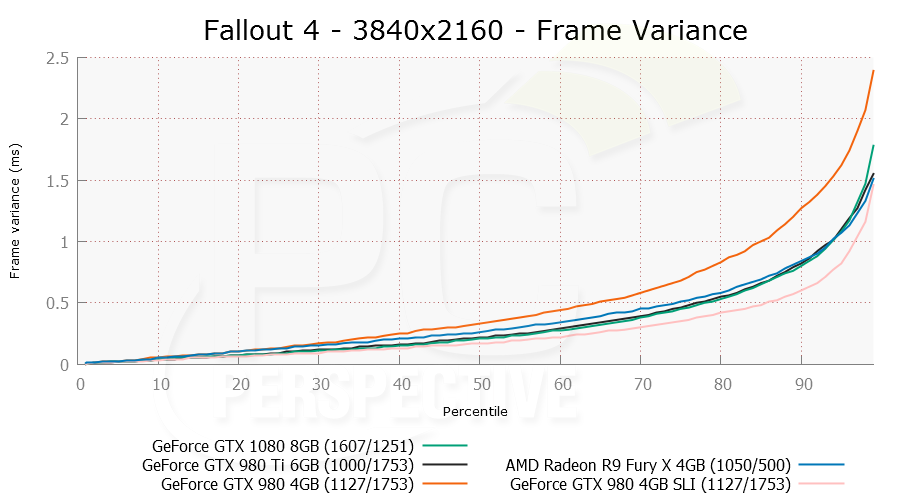 At 4K everything looks good for all parties involved in terms of frame times and variance, though once again NVIDIA is in the driver seat with both the first, second and third place finishes in this benchmark. It's great to see that Fallout 4 can still stretch some PC hardware, with the GTX 1080 pulling in just under 50 FPS with maximum image quality settings.

This table presents the above data in a more basic way, focusing only on the average FPS, so keep that in mind. The GTX 980 SLI configuration has two decent wins over the GTX 1080 in Fallout 4, but it amazes me that a single GP104 is SO CLOSE to crossing the performance boundary of a pair of the last generation GM204 chips. 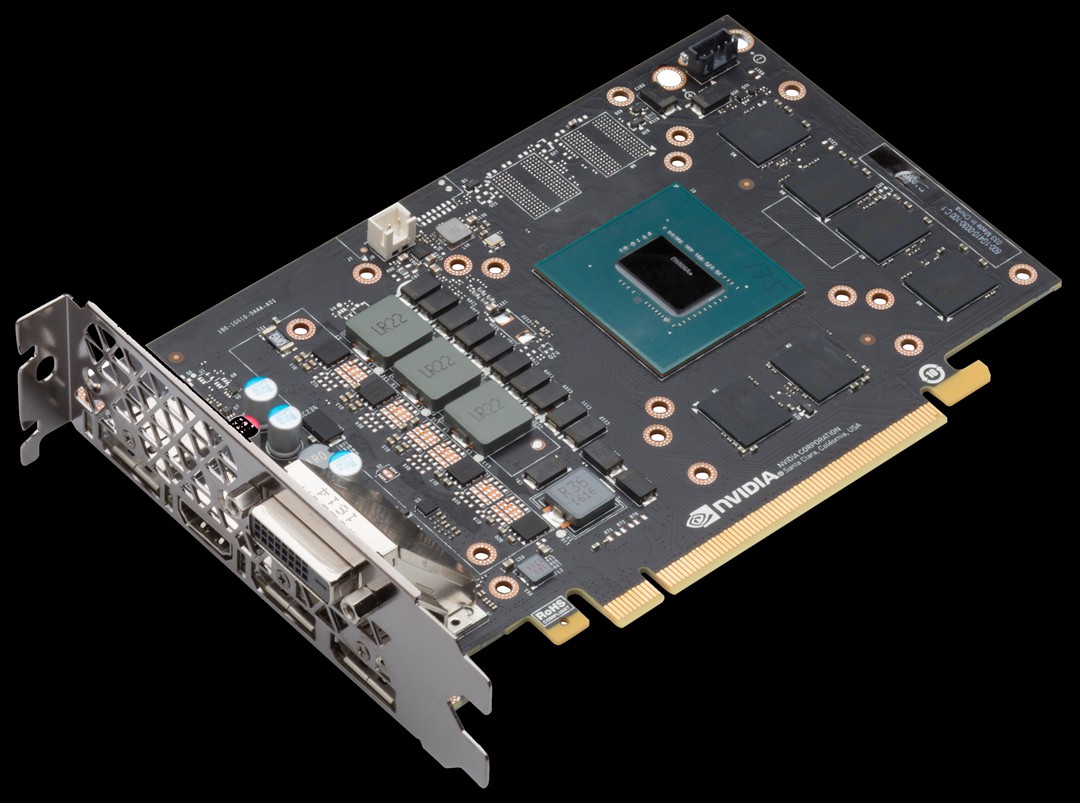 NVIDIA’s GTX 1060, the newest in their Hari Seldon lineup of cards