AMD has just unveiled their entire RX line of graphics cards at E3 2016's PC Gaming Show. It was a fairly short segment, but it had a few interesting points in it. At the end, they also gave another teaser of Summit Ridge, which uses the Zen architecture.

First, Polaris. As we know, the RX 480 was going to bring >5 TFLOPs at a $199 price point. They elaborated that this will apply to the 4GB version, which likely means that another version with more VRAM will be available, and that implies 8GB. Beyond the RX 480, AMD has also announced the RX 470 and RX 460. Little is known about the 470, but they mentioned that the 460 will have a <75W TDP. This is interesting because the PCIe bus provides 75W of power. This implies that it will not require any external power, and thus could be a cheap and powerful (in terms of esports titles) addition to an existing desktop. This is an interesting way to use the power savings of the die shrink to 14nm! 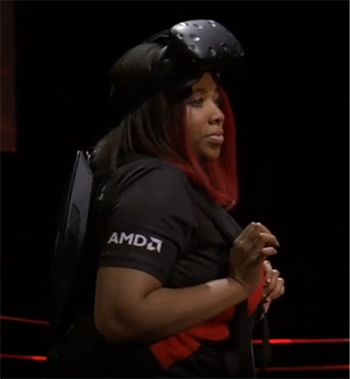 They also showed off a backpack VR rig. They didn't really elaborate, but it's here. 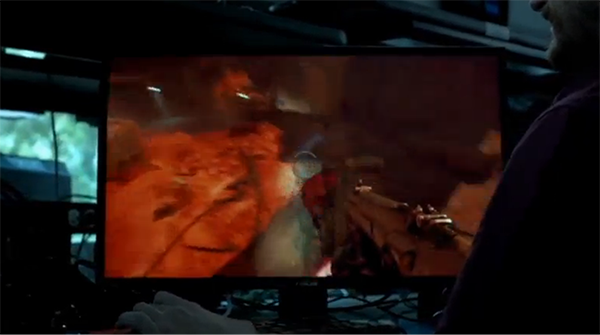 As for Zen? AMD showed the new architecture running DOOM, and added the circle-with-Zen branding to a 3D model of a CPU. Zen will be coming first to the enthusiast category with (up to?) eight cores, two threads per core (16 threads total).