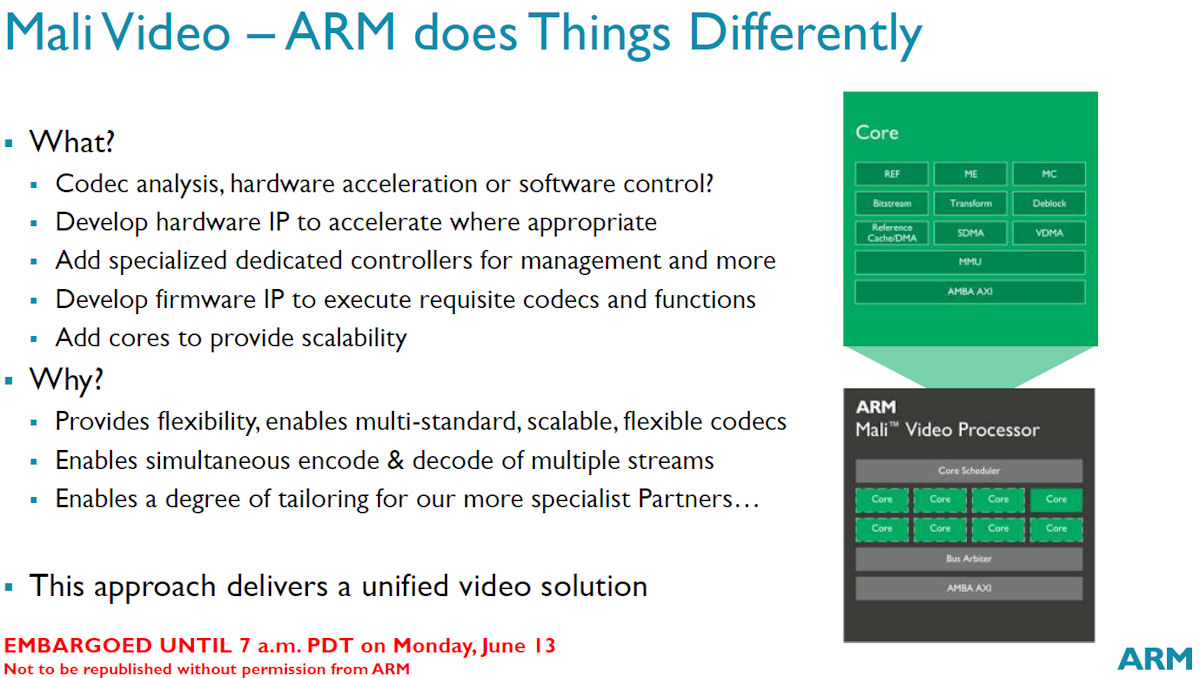 Video is one of the biggest usage cases for modern SOCs in mobile devices.  People constantly stream and record video from their handhelds and tablets, and there are some real drawbacks in current video processor products from a variety of sources.  We have seen the amazing increase in pixel density on phones and tablets and the power draw to render video effectively on these products has gone up.  We have also seen the introduction of new codecs that require a serious amount of processing capabilities to decode. 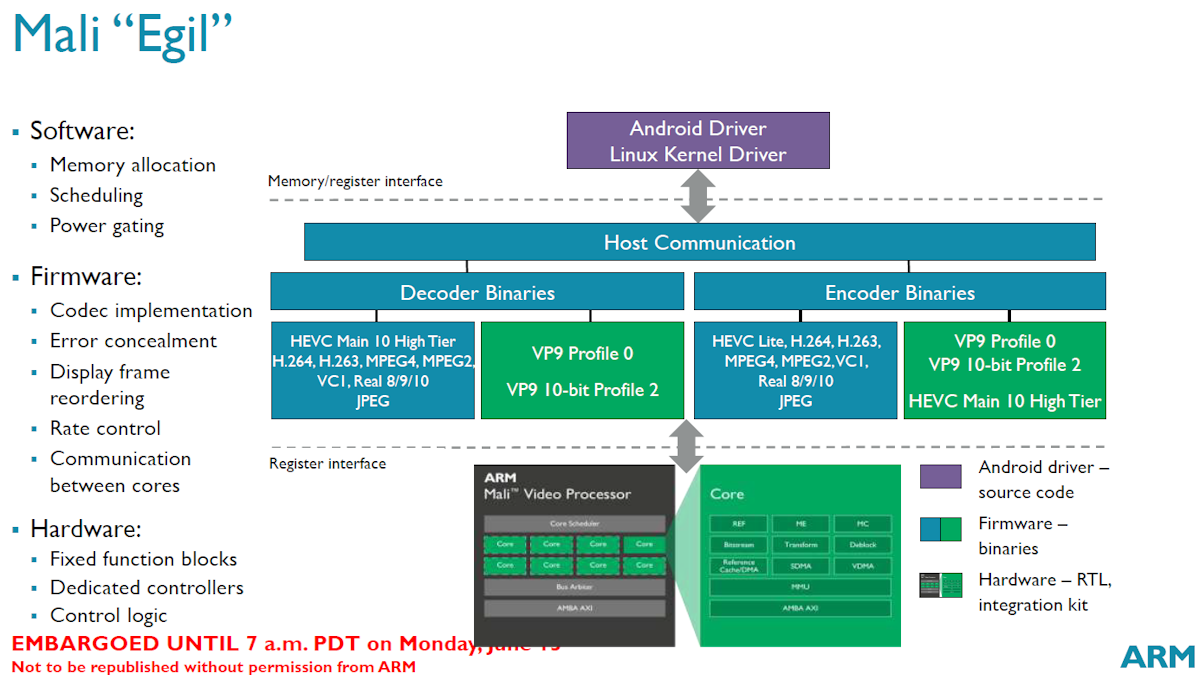 Egil is a scalable product that can go from one core to six.  A single core can display video from a variety of codecs at 1080P and up to 80 fps.  The six core solution can play back 4K video at 120 Hz.  This is assuming that the Egil processor is produced on a 16nm FF process or smaller and running at 800 MHz.  This provides a lot of flexibility with SOC manufacturers that allows them to adequately tailor their products for specific targets and markets. 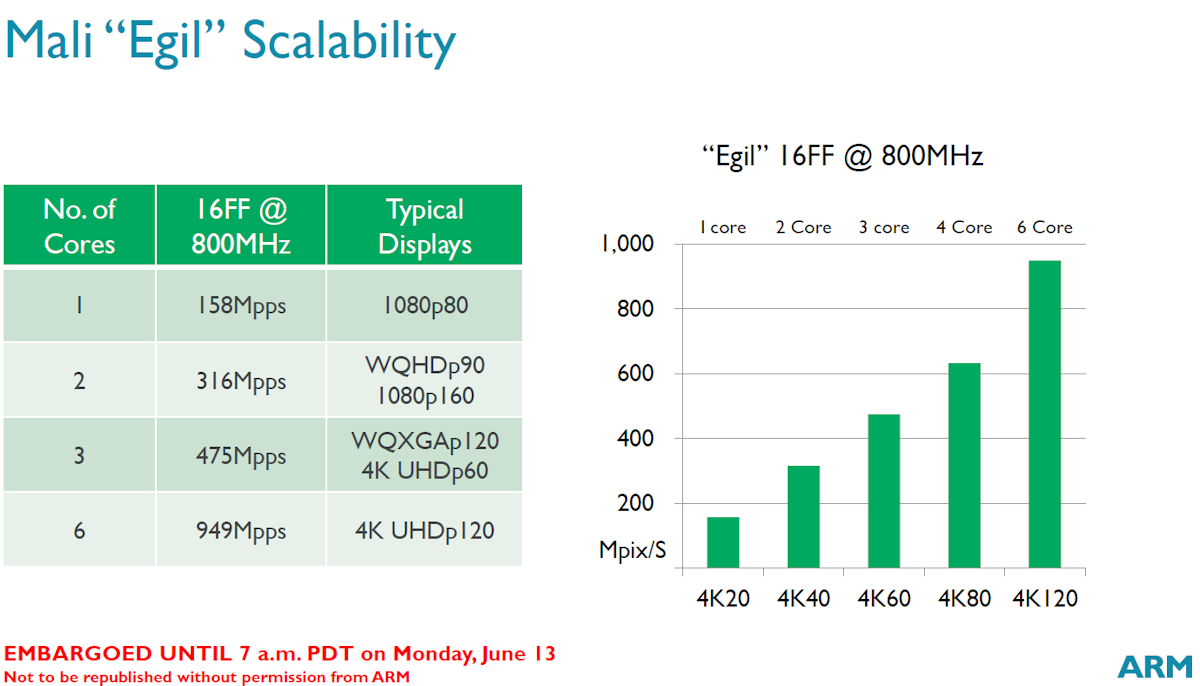 The cores themselves are fixed function blocks with dedicated controllers and control logic.  Previous video processors were more heavy on the decode aspects rather than encode.  Now that we have more pervasive streaming from mobile devices and cameras/optics that can support higher resolutions and bitrates, ARM has redesigned Egil to offer extensive encoding capabilities.  Not only does it add this capability, but it enhances it by not only decoding at 4K but being able to encode four 1080p30 streams at the same time. 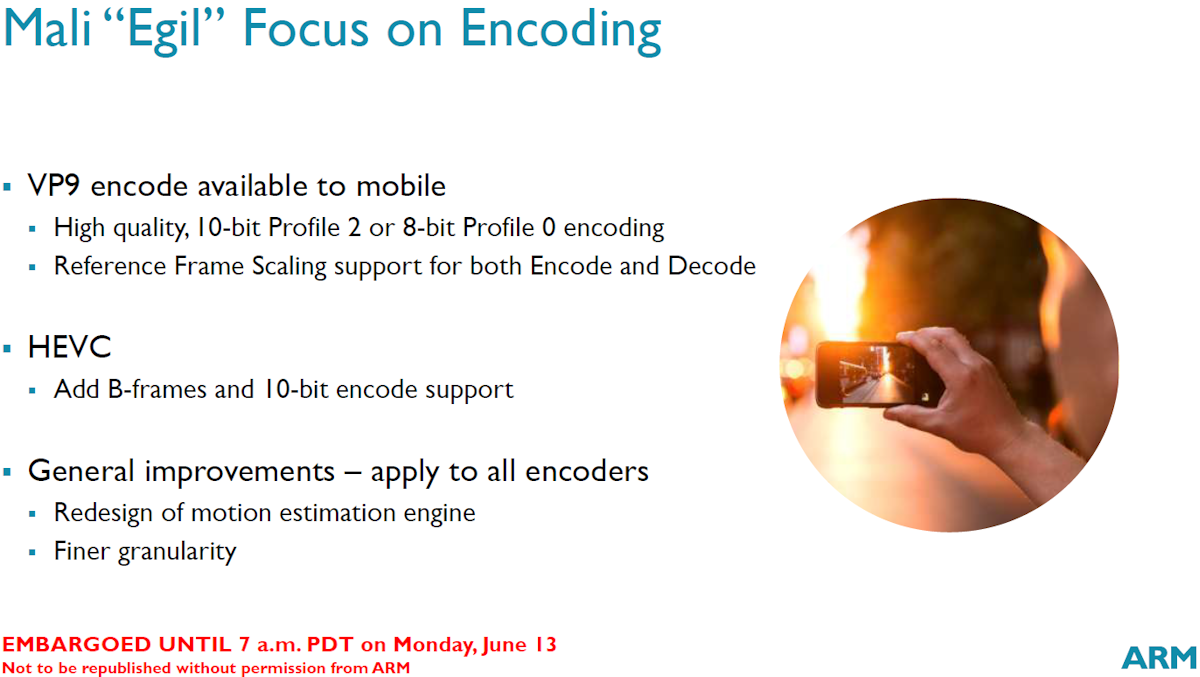 Egil will eventually find its way into other products such as TVs.  These custom SOCs will be even more important as 4K playback and media become more common plus potential new functionality that has yet to be implemented effectively on TVs.  For the time being we will likely see this in mobile first, with the initial products hitting the market in the second half of 2016. 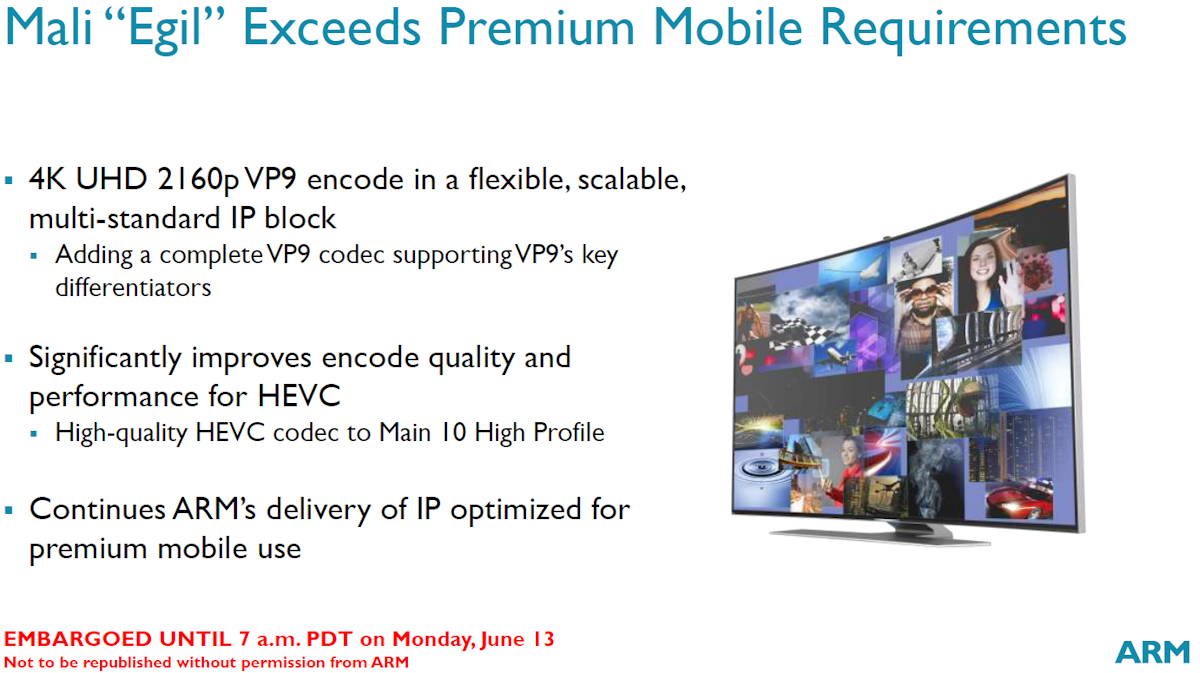 ARM is certainly on a roll this year with introducing new CPU, GPU, and now video processors.  We will start to see these products being introduced throughout the end of this year and into the next.  The company certainly has not been resting or letting potential competitors get the edge on them.  Their products are always focused on consuming low amounts of power, but the potential performance looks to satisfy even power hungry users in the mobile and appliance markets.  Egil is another solid looking member to the lineup that brings some impressive performance and codec support for both decoding and encoding.

Can Larrabee’s B0 make it to IDF?

Is the new Zune more in tune?