MSI has released more information about their new non-backpack model systems, the Aegis Gaming Desktops.  There will be two models, the basic with a B150 motherboard, a Silent Storm 2 air cooling system and support for Intel CPUs of up to 65W TDP.  The Aegis X will sport a Z170 motherboard and Silent Storm 2 Pro watercooling, with support for up to 95W TDP processors such as the 6700K. 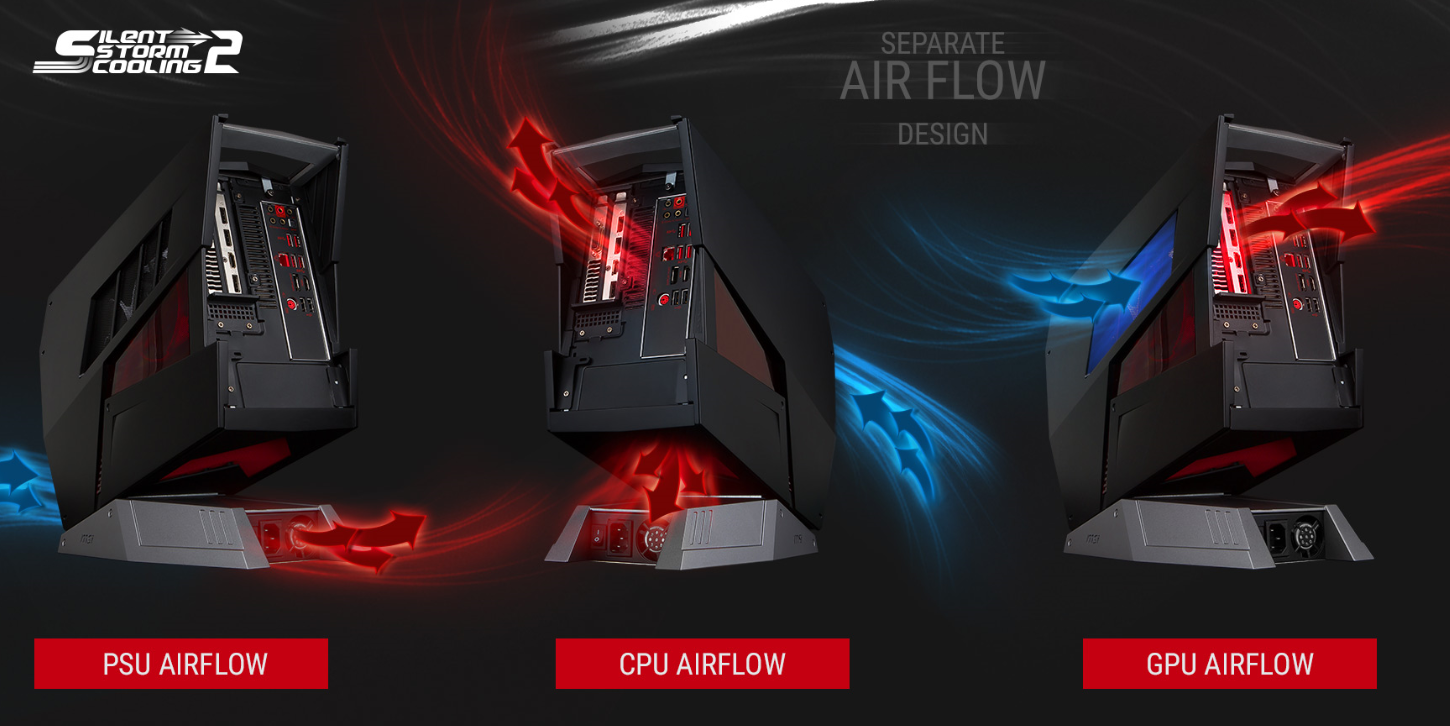 Both support M.2 SSDs along with 2.5/3.5" drives and sport a USB 3.1 Type-C connector, although only the Aegis X has the second generation port. The two systems support both wired, Bluetooth and WiFi connectivity, the base model uses Intel and Realtek while the X uses a Killer product for both wired and wireless.  With base prices of $400 and $500 respectively you get a decent deal for a motherboard, a 600W 80 PLUS Gold PSU and a decent looking case with some impressive features.

The Aegis X also comes with one touch overclocking, aka the Dragon OC button which boost speeds by 15%.  MSI's Mystic Light LED system is on both systems, the second most popular thing at this year's Computex is the ability to offer 16 million different colours with different modes and patterns.

The Aegis X features the most popular feature at the conference, it is VR Ready.  In this particular case, since both are bare bones products is that there is a front mounted HDMI and USB 3.1 support.  This feature is handy for those of us with head mounted displays but it is quickly approaching the point where toasters and Josh's favourite wand will be advertised as VR Ready. 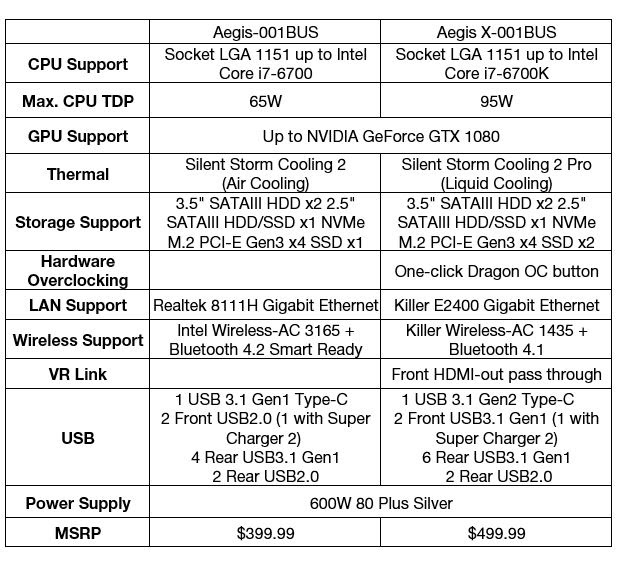 MSI’s AEGIS is equipped with a proprietary B150 motherboard and CPU Cooler that can support an Intel 6th Gen processor, while the AEGIS X comes with a Z170 motherboard capable of handling an Intel K-series processor. To push performance into new stratospheres, the flagship AEGIS X also showcases a Dragon OC button, which boosts speed by 15% with one touch.

Designed for gamers looking to maximize space and power, both AEGIS gaming barebone models features an ultra-aggressive and compact design that conceals a plethora of cutting-edge components, including support for up to full-sized NVIDIA® GeForce® GTX 1080 GPU, up to 32GB of DDR4 RAM, and dual NVMe PCI-E Gen3 x4 SSDs in Super RAID 4 with data speeds of up to 3300MB/s.

“The AEGIS series is a PC for warriors demanding easy upgradability and superb performance in a mobile system that reflects their aggressive gaming style,” states Andy Tung, president of MSI Pan America. “We’ve captured the spirit of gaming not only with a fierce design, but also in its versatility and performance.”

“AEGIS family lets you play AAA titles without breaking a sweat and the AEGIS X is even VR-ready with an easy access front HDMI port and USB 3.1 to plug in all your devices, including the HTC Vive,” adds Tung.

Fully customizable in and out, the AEGIS barebone PCs showcase MSI’s Mystic Light design, which allows the gamer to personalize it with 16 million colors in different modes to match any mood, Audio Boost 3 and Nahimic 2.0 Audio Enhancer for HD sound, as well as USB 3.1 Gen 2 Type C connectors. The Aegis X is also equipped with Killer Shield, a 15KV protection against power surges, as well as Killer DoubleShot Pro to play and stream games without any lag.