The teased and talked about Polaris GPU is finally here. Does our review show the RX 480 is the new $200 king?

It would be hard at this point to NOT know about the Radeon RX 480 graphics card. AMD and the Radeon Technologies Group has been talking publicly about the Polaris architecture since December of 2015 with lofty ambitions. In the precarious position that the company rests, being well behind in market share and struggling to compete with the dominant player in the market (NVIDIA), the team was willing to sacrifice sales of current generation parts (300-series) in order to excite the user base for the upcoming move to Polaris. It is a risky bet and one that will play out over the next few months in the market. 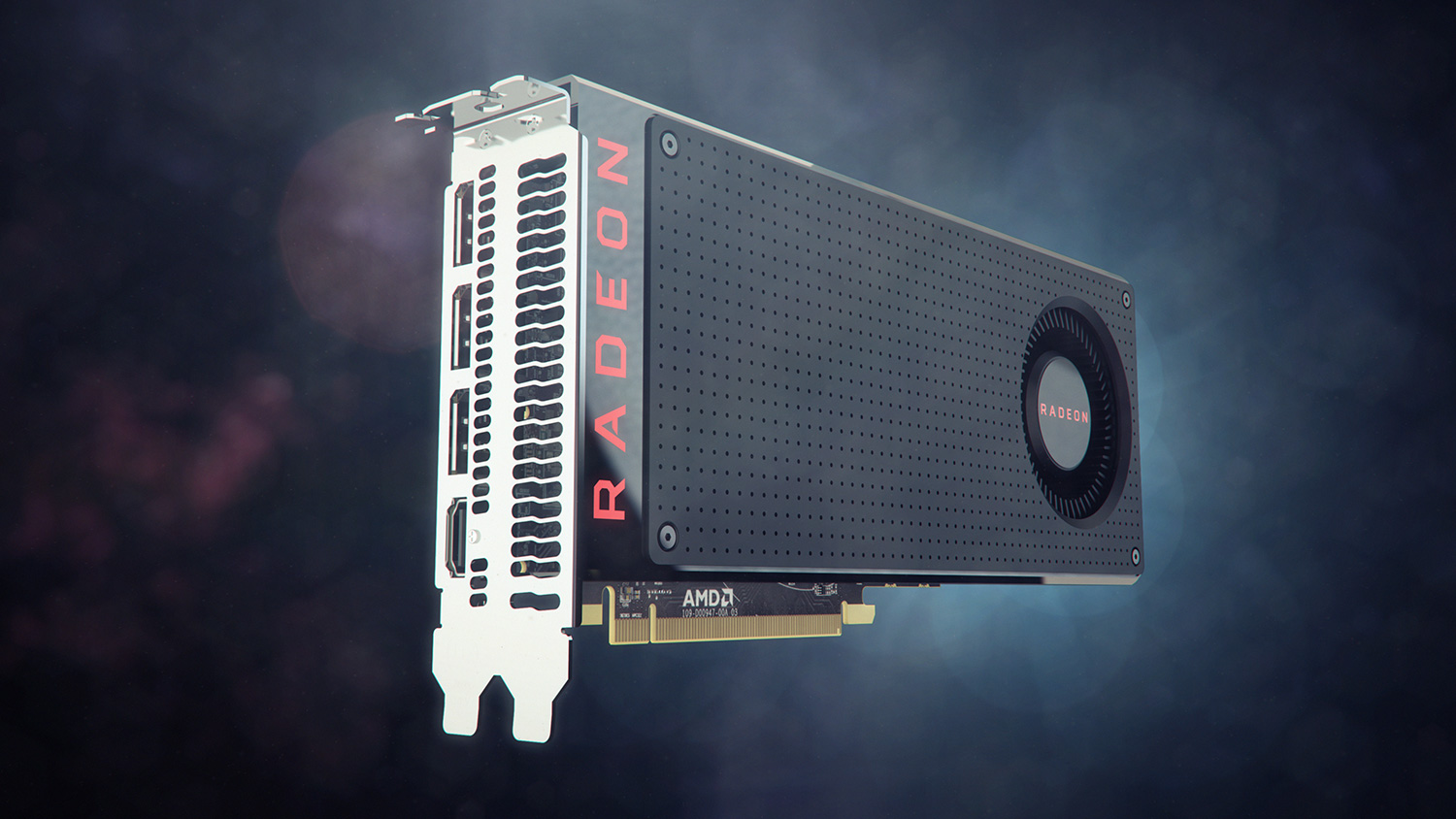 Since then AMD continued to release bits of information at a time. First there were details on the new display support, then information about the 14nm process technology advantages. We then saw demos of working silicon at CES with targeted form factors and then at events in Macau, showed press the full details and architecture. At Computex they announced rough performance metrics and a price point. Finally, at E3, AMD discussed the RX 460 and RX 470 cousins and the release date of…today. It’s been quite a whirlwind.

Today the rubber meets the road: is the Radeon RX 480 the groundbreaking and stunning graphics card that we have been promised? Or does it struggle again to keep up with the behemoth that is NVIDIA’s GeForce product line? AMD’s marketing team would have you believe that the RX 480 is the start of some kind of graphics revolution – but will the coup be successful?

Join us for our second major graphics architecture release of the summer and learn for yourself if the Radeon RX 480 is your next GPU.

First things first, let’s see how the raw specifications of the RX 480 compare to other AMD and NVIDIA products.

A lot of this data was given to us earlier in the month at the products official unveiling at Computex, but it is interesting to see it the context of other hardware on the market today. The Radeon RX 480 has 36 CUs with 2304 stream processors, coming in at a count between the Radeon R9 380 and the R9 390. But you also must consider the clock speeds thanks to production on the 14nm process node at Global Foundries. While the R9 390 ran at just 1000 MHz, the new RX 480 will have a “base” clock speed of 1120 MHz and a “boost” clock speed of 1266 MHz. I put those in quotes for a reason – we’ll discuss that important note below.

The immediate comparison to NVIDIA’s GTX 1070 and GTX 1080 clock speeds will happen, even though the pricing on them puts them in a very different class of product. AMD is only able to run the Polaris GPUs at 1266 MHz while the GTX 1080 hits a 1733 MHz Boost clock, and difference of 36%. That is substantial, and even though we know that you can’t directly compare the clock speeds of differing architectures, there has to be some debate as to why the move from 28nm to 14nm (Global Foundries) does not result in the same immediate clock speed advantages that NVIDIA saw moving from 28nm to 16nm (TSMC). We knew that AMD and NVIDIA were going to be building competing GPUs on different process technologies for the first time in modern PC gaming history and we knew that would likely result in some delta, I just did not expect it to be this wide. Is it issues with Global Foundries or with AMD’s GCN architecture? Hard to tell and neither party in this relationship is willing to tell us much on the issue. For now. 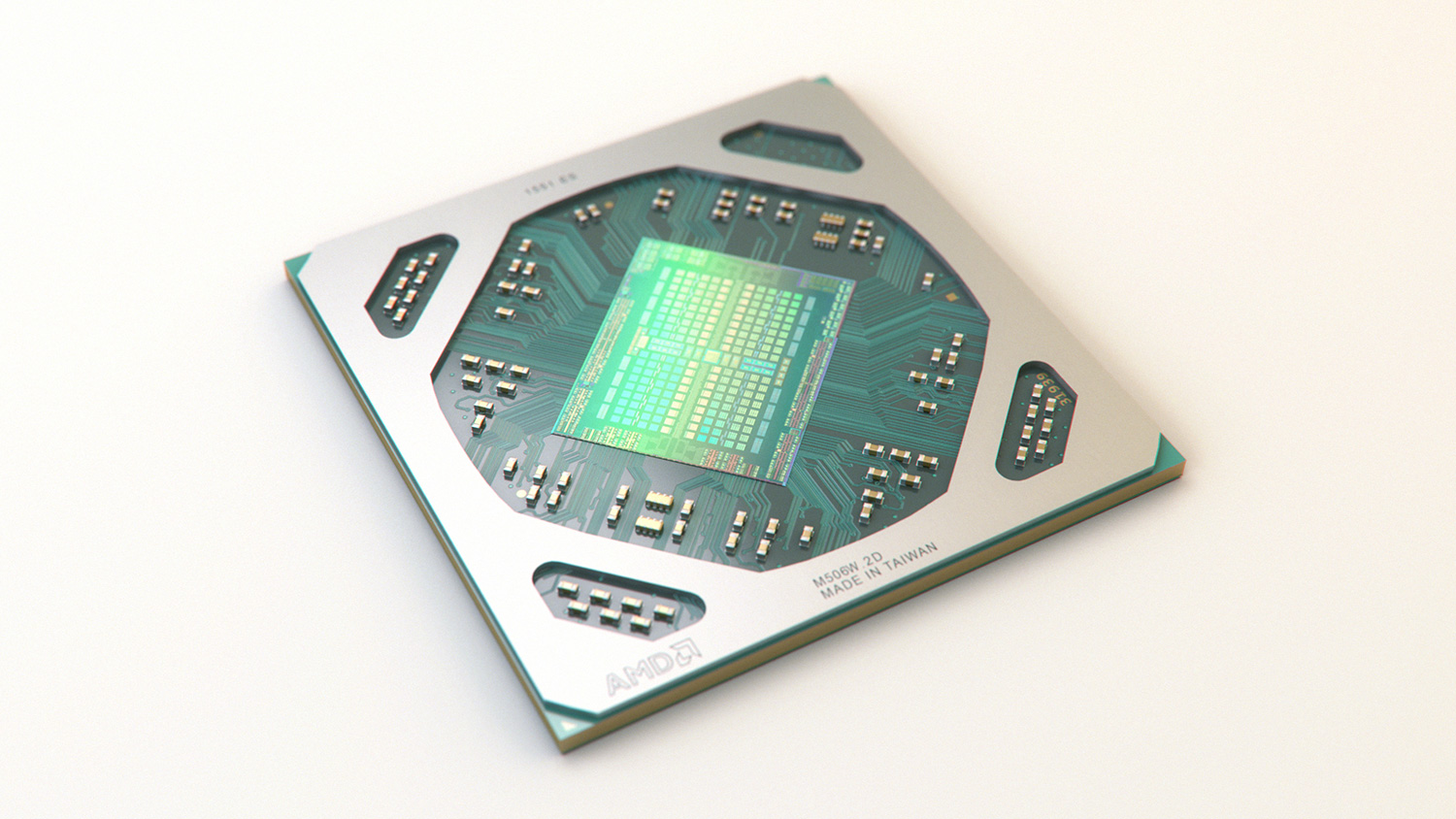 At the boost clock speed of 1266 MHz, the RX 480 is capable of 5.8 TFLOPS of compute, running well past the 5.1 TFLOPS of the Radeon R9 390 and getting close to the Radeon R9 390X, both of which are based on the Hawaii/Grenada chips. There are obviously some efficiency and performance improvements in the CUs themselves with Polaris, as I will note below, but much as we saw with NVIDIA’s Pascal architecture, the fundamental design remains the same coming from the 28nm generation. But as you will soon see in our performance testing, the RX 480 doesn’t really overtake the R9 390 consistently – but why not?

With Polaris AMD is getting into the game of variable clock speeds on its GPUs. When NVIDIA introduced GPU Boost with the GTX 680 cards in 2012, it was able to improve relative gaming performance of its products dramatically. AMD attempted to follow suit with cards that could scale by 50 MHz or so, but in reality the dynamic clocking nature of its product never acted as we expect. They just kind of ran at top speed, all of the time; which sounds great but it defeats the purpose of the technology. Polaris gets it right this time, though with some changes in branding.

For the RX 480, the “base” clock of 1120 MHz is not its minimum clock while gaming, but instead is an “average” expected clock speed that the GPU will run at, computed by AMD in a mix of games, resolutions and synthetic tests. The “boost” clock of 1266 MHz is actually the maximum clock speed of the GPU (without overclocking) and its highest voltage state. Contrast this with what NVIDIA does with base and boost clocks: base is the minimum clock rate that they guarantee the GPU will not run under in a real-world gaming scenario while boost is the “typical” or “average” clock you should expect to see in games in a “typical” chassis environment.

The differences are subtle but important. AMD is advertising the base clock as the frequency you might should see in gaming, while the boost clock is the frequency that you would hit in the absolute best case scenario (good case cooling, good quality ASIC, etc.) NVIDIA doesn’t publicize that maximum clock at all. There is a “bottom base” clock at which the RX 480 should not go under (and in which the fan will increase speed to make sure it doesn’t go under in any circumstance) but it is hidden in the WattMan overclocking utility as the “Min Acoustic Limit” and was set at 910 MHz on my sample.

That is a lot of discussion around clock speeds but I thought it was important to get that information out in the open before diving into anything else. AMD clearly wanted to be able to claim higher clock rates on its marketing and product lines than it might have been able had it followed in NVIDIA’s direction exactly. We’ll see how that plays out in our testing – but as you might insinuate based on my wording above, this is why the card doesn’t bolt past the Radeon R9 390 in our testing. 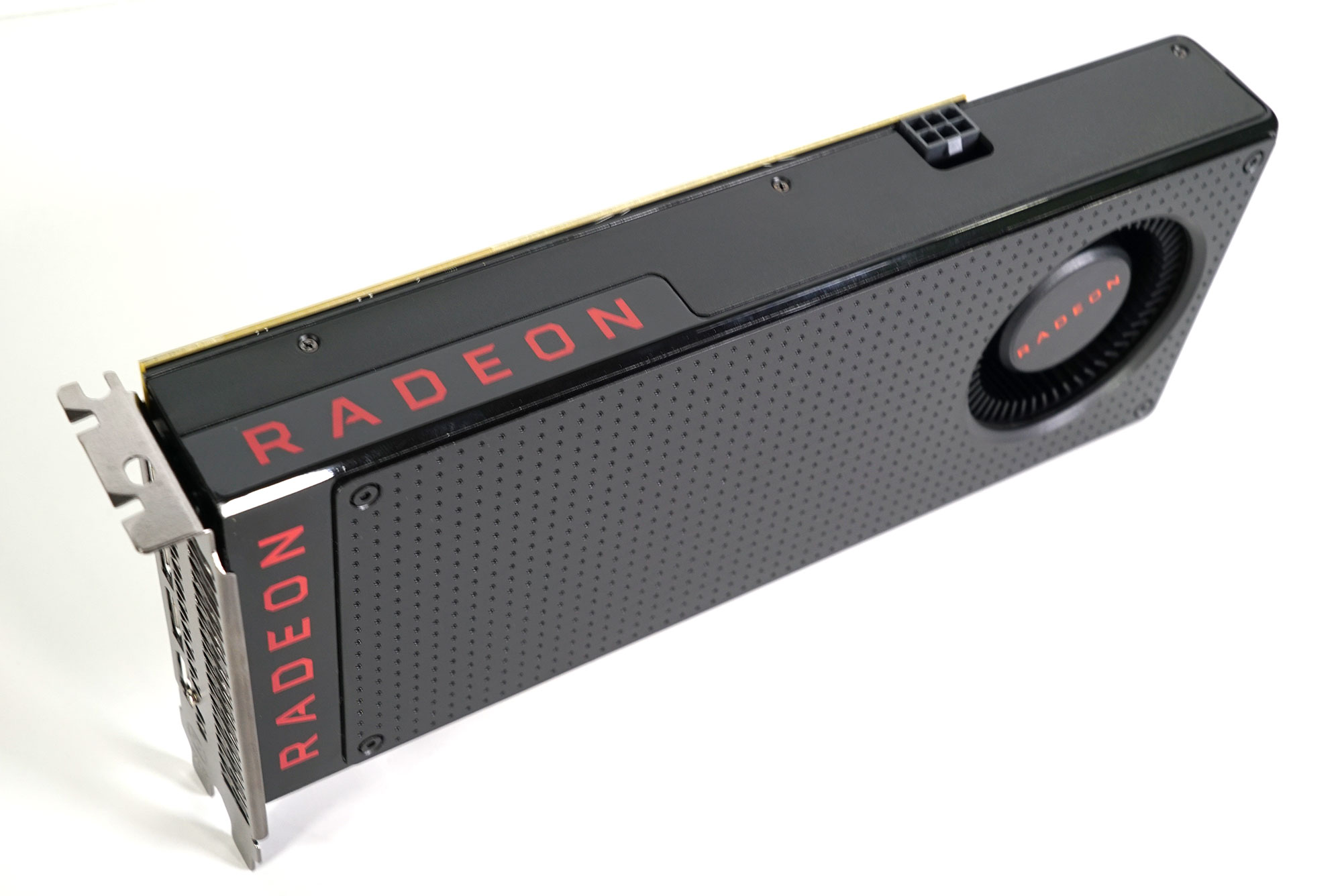 The RX 480 sample we received in for testing was configured with 8GB of memory running at 8 Gbps / GHz for a total memory bandwidth throughput of 256 GB/s. That’s pretty damned impressive – a 256-bit GDDR5 memory bus is running at 8.0 GHz to get us those numbers, matching the performance of the 256-bit bus on the GeForce GTX 1070. There are some more caveats here though. The 4GB reference model of the Radeon RX 480 will ship with GDDR5 memory running 7.0 GHz, for a bandwidth of 224 GB/s - still very reasonable considering the price point. AMD tells me that while the 8GB reference models will ship with 8 Gbps memory, most of the partner cards may not and instead will fall in the range of 7 Gbps to 8 Gbps. It was an odd conversation to be frank; AMD basically was alluding to the fact that many of the custom built partner cards would default to something close to 7.8 Gbps rather than the 8 Gbps.

Another oddity – and one that may make enthusiast a bit more cheery – is that AMD only built a single reference design card for this release to cover both the 4GB and 8GB varieties. That means that the cards that go on sale today listed at 4GB models will actually have 8GB of memory on them! With half of the DRAM partially disabled, it seems likely that someone soon will find a way to share a VBIOS to enable the additional VRAM. In fact, AMD provided me with a 4GB and an 8GB VBIOS for testing purpose. It’s a cost saving measure on AMD’s part – this way they only have to validate and build a single PCB.

The 150 watt TDP is another one of those data points we have known about for a while, but it is still impressive when compared to the R9 380 and R9 390 cards that use 190 watts and 275 watts (!!) respectively. Even if the move to 14nm didn’t result in clock speeds as impressively high as we saw with Pascal, Polaris definitely gets a dramatic jump in efficiency that allows the RX 480 to compete very well with a card from AMD’s own previous generation that used nearly 2x the power!

You get all of this with a new Radeon RX 480 for just $199 for the 4GB model or $239 for the 8GB model. Though prices on the NVIDIA 900-series have been varying since the launch of the GeForce GTX 1080 and GTX 1070, you will find in our testing that NVIDIA just doesn’t have a competitive product at this time to match what AMD is releasing today. 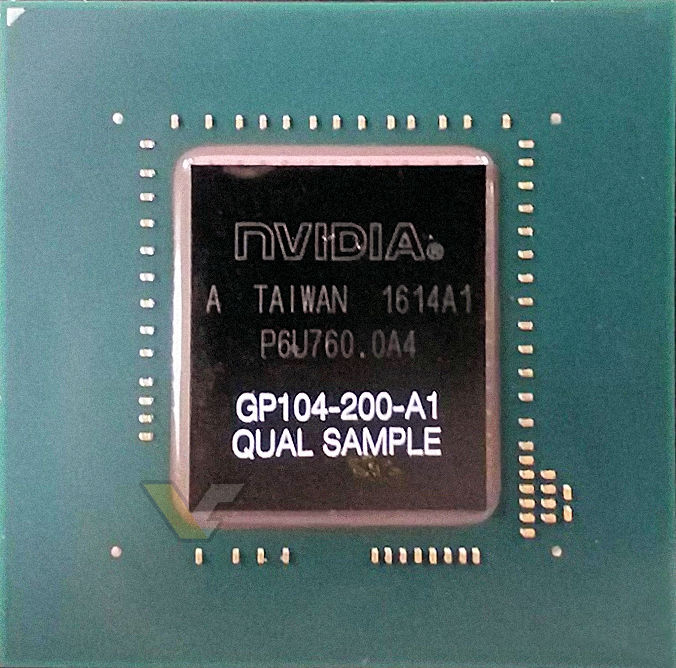 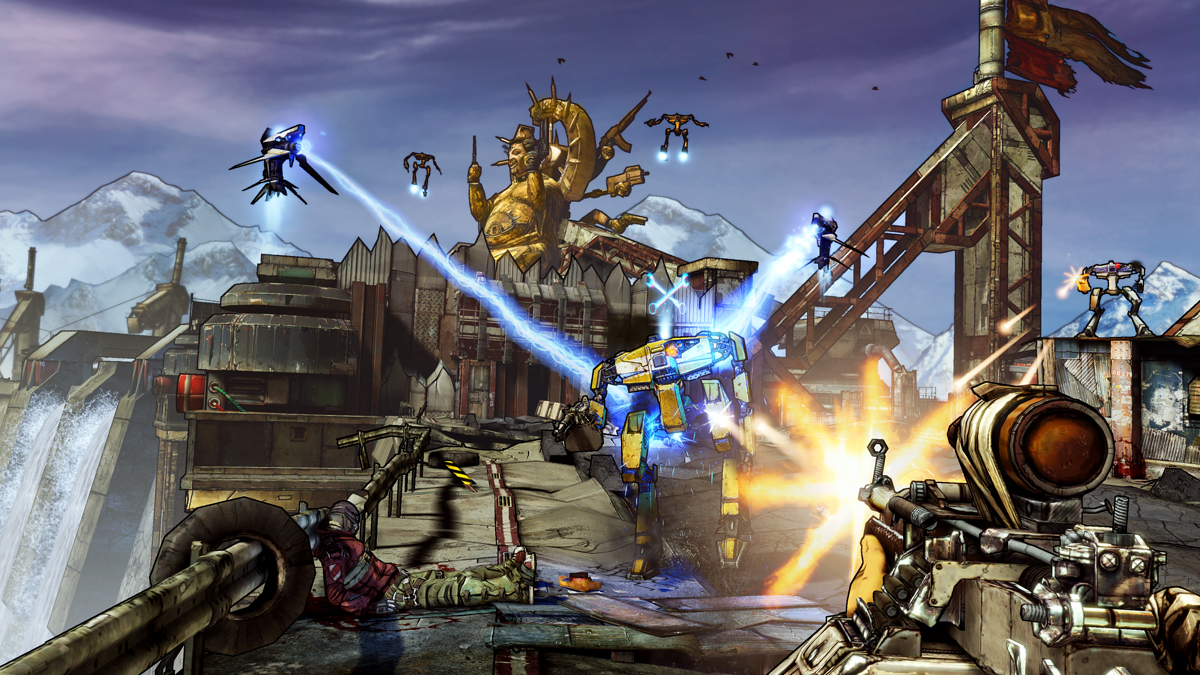 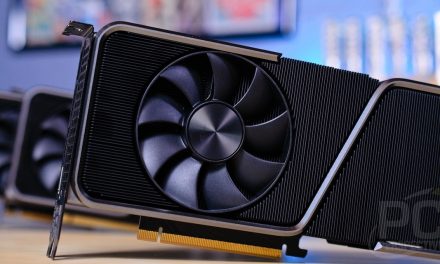