AMD's budget (under $200) Polaris-based graphics cards are coming next week, and the leaks are starting to appear online. In the case of the Radeon RX 470, AMD is expecting that most (if not all) of its board partners will be using their own custom coolers. Thanks to Chinese technology site EXPReview, we finally have an idea of what an RX 470 will look like – or at least what an XFX-branded RX 470 will look like!

The website posted several photos of the alleged (but likely legitimate) XFX RX 470 "Black Wolf" graphics card which will probably be branded as the XFX RX 470 Double Dissipation in North America. This is a dual slot card with dual fan cooler that measures 9.45 inches long. Three copper heat pipes pull heat into an aluminum heatsink that is cooled by two 80mm fans that can reportedly be removed by the user for cleaning (and maybe user RMA replacement like Sapphire is planning). The card also features a full backplate and LED-backlit XFX logo along the side of the card. The design is all black with a white XFX logo.

Video outputs include three DisplayPort 1.4, one HDMI 2.0b, and one DL-DVI which seems about right for this price point. 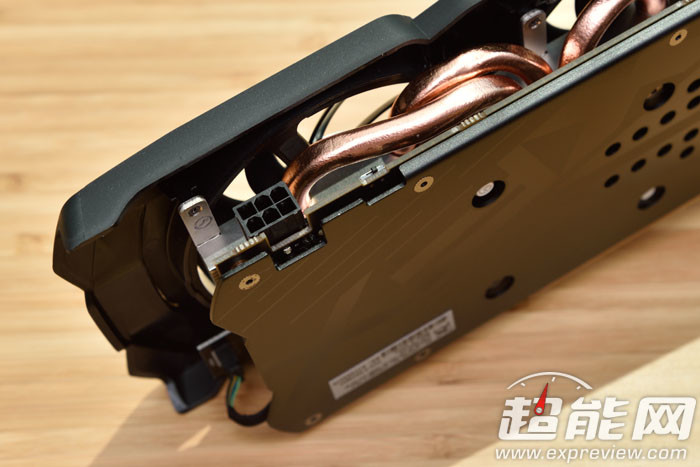 The card is powered by a single 6-pin PCI-E power connector and the card will use AMD's RX 470 GPU and 4GB of GDDR5 memory. The RX 470 features 2048 cores, 128 texture units, and 32 raster operators, This is essentially a RX 480 GPU with four less Compute Units though it maintains the same number of ROPs and the same 256-bit memory bus. We do not know clockspeeds on this custom cooled XFX card yet, but overclockers may well be able to push clocks further than they could on RX 480 (there are less cores so the chips may be able to be pushed further on clocks), but it is hard to say right now. I would expect out of the box clocks to be a bit above the reference RX 470 clocks of 926 MHz base and 1206 MHz boost.

You can check out all of the photos of this card here.

Stay tuned to PC Perspective for more RX 470 and RX 460 news as we near the official launch dates!