In a recent press release, Gigabyte announced that it will soon be adding four new GTX 1060 graphics cards to its lineup. The new cards feature Windforce series coolers and custom PCBs. At the high end is the GTX 1060 G1 Gaming followed by the GTX 1060 Windforce OC, small form factor friendly GTX 1060 Mini ITX OC, and the budget minded GTX 1060 D5. While the company has yet to divulge pricing or availability, the cards should be out within the next month or two.

All of the upcoming cards use a custom design that uses a custom PCB and power phase setup paired with Gigabyte's dual – or in the case of the Mini ITX card – single fan Windforce air cooler. Unfortunately, exact specifications for all of the cards except the high end model are unknown including core and memory clocks. The coolers use a dual composite heatpipe that directly touches the GPU to pull heat away and is dissipated by an aluminum fin stack. The fans are 90mm on all of the cards with the dual fan models using a design that has each fan spinning alternate directions of the other. The cards feature 6GB of GDDR5 memory as well as DVI, HDMI, and DisplayPort video outputs. For example, the Mini ITX OC graphics card (which is only 17cm long) and features two DVI, one HDMI, and one DP output.

More information is available on the GTX 1060 G1 Gaming. This card is a dual slot dual fan design with a 6+1 power phase (reference is 3+1) powered by a single 8-pin power connector. The fans are shrouded and there is a metal backplate to aid in stability and cooling. Gigabyte claims that its "GPU Gauntlet" technology ensures users get heavily overclockable chips thanks to sorting and using the most promising chips.

The 16nm Pascal GPU is factory overclocked to 1847 MHz boost and 1620 MHz base clockspeeds in OC mode and 1809 MHz boost and 1594 MHz base in gaming mode. Users will be able to use the company's Xtreme Engine software to dial up the overclocks further as well as mess with the RGB LEDs. For comparison, the reference clockspeeds are 1708 MHz boost and 1506 MHz base. Gigabyte has left the 6GB of GDDR5 memory untouched at 8008 MHz. 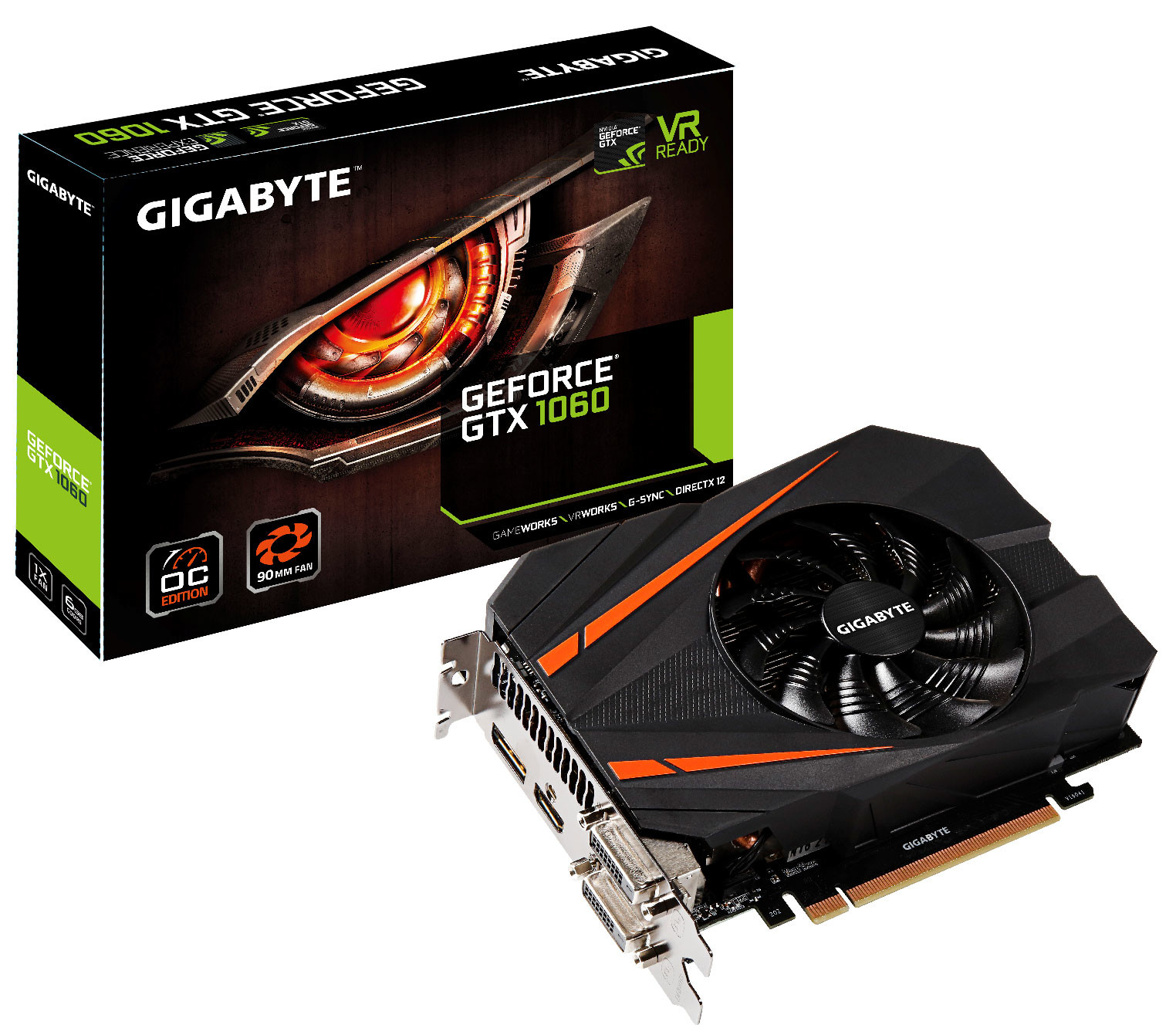 The other cards should have similarly decent factory overclocks, but it is hard to say exactly what they will be out of the box. While I am not a big fan of the aesthetics, the Windforce coolers should let users push Pascal fairly far (for air cooling).

I would guess that the Gigabyte GTX 1060 G1 Gaming will MSRP for just above $300 while the lower end cards will be around $260 (the Mini ITX OC may be at a slight premium above that).

What do you think about Gigabyte's new cards?