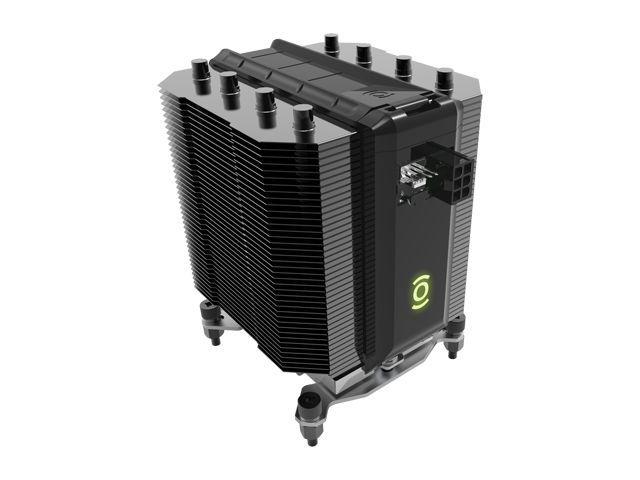 An interesting cooling option for small form factor systems popped up in my email recently that is a new twist on an old technology. A company called Phononic has developed the Hex 2.0 which is a compact heatsink that pairs a tower air cooler with a TEC baseplate. At 810 grams and measuring 125 mm tall, the Hex 2.0 is Mini ITX friendly and is claimed to be competitive with closed loop water coolers with up to 240mm radiators (more on that below).

Hex 2.0 uses many of the same high quality components and design choices of traditional tower air coolers. A shrouded 92mm fan is sandwiched between two aluminum heatsinks with 40 fins each. There are eight 6mm heatpipes  that pull heat from the hot side of the thermoelectric (TEC) cooler and dissipate the heat. The TEC (which has a copper baseplate) uses an electric current and two dissimilar conductors and the principle of electron transport to pull heat from the “cold side” of the cooler to the “hot side” of the cooler. That hot side then needs to be cooled, and Phononic has chosen to use a tower air cooler for the job (people in the past have also paired TECs with water loops). The TEC is the notable bit about the Hex 2.0, and is what allows the small heatsink to offer as much cooling performance as it does in such a small package.

Hex 2.0 has connections for a 4-pin CPU_Fan connector, Mini USB for software monitoring and control, and a 6-pin PCI-E power connector. The four pin controls the 92mm fan which typically idles at 1000 RPM but can max out at 2,650 RPM, 33 dBA, and 44 CFM. The Mini USB connects to the motherboard and users can use a dashboard application to monitor the cooler, choose a cooling mode (to balance noise and performance), and control the LEDs on the cooler. The 6-pin connector powers the TEC cooler which appears to be capable of drawing up to 35W of power. The fan is able to spin down to zero RPM when the processor is not under load as the TEC and heatsink is able to pull and dissipate enough heat without the fan though the exact point where it would need to turn on will depend on your case and its own airflow.

Interestingly, this product is already available and reviews have already been posted around the net. According to TweakTown, the Hex 2.0 does indeed compete with 120mm liquid coolers such as the Silverstone Tundra TD03 (which is a decent cooler that I’ve used before) and Antec Kuhler H20 1250 (I’ve not tested that one but Morry did a full review of it). When placed in “insane mode” and the fan is allowed to spin up to maximum RPMs, the Hex 2.0 thermoelectric cooler actually beats the 240mm Corsair H100i GTX in quiet mode. While it will be louder, that is pretty impressive to see a 92mm fan HSF up there in cooling performance with a much larger water cooler!

This cooler is nicely packaged in a silver aluminum and black nickel plated aesthetic. Cooling performance seems to make it a possible alternative cooling option for SFF builds that can give you similar cooling performance in a case where a pump and radiator would be difficult or impossible for fit. That’s the upside. The downside to this cooler is the price. At $149.99, this is going to be a tough sell though it is not entirely unexpected considering the niche nature of it. The 1 year warranty leaves a lot be desired as well, I would have liked to see something a bit longer especially at that premium price.

What are your thoughts on this pint sized TEC(h)? 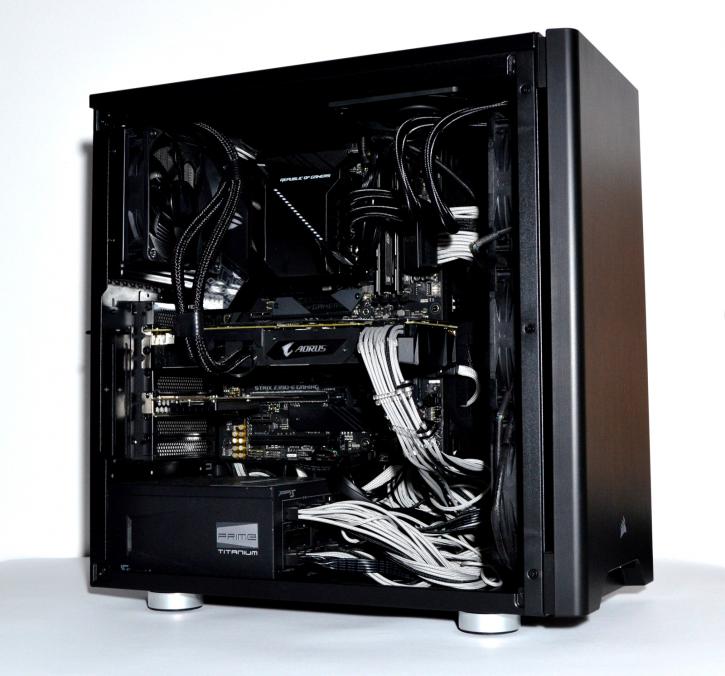 There’s a bounty out on excessive heat