Being a bit of a storage nut, I have run into my share of failed and/or corrupted hard drives over the years. I have therefore used many different data recovery tools to try to get that data back when needed. Thankfully, I now employ a backup strategy that should minimize the need for such a tool, but there will always be instances of fresh data on a drive that went down before a recent backup took place or a neighbor or friend that did not have a backup.

I’ve got a few data recovery pieces in the cooker, but this one will be focusing on ‘physical data recovery’ from drives with physically damaged or degraded sectors and/or heads. I’m not talking about so-called ‘logical data recovery’, where the drive is physically fine but has suffered some corruption that makes the data inaccessible by normal means (undelete programs also fall into this category). There are plenty of ‘hard drive recovery’ apps out there, and most if not all of them claim seemingly miraculous results on your physically failing hard drive. While there are absolutely success stories out there (most plastered all over testimonial pages at those respective sites), one must take those with an appropriate grain of salt. Someone who just got their data back with a <$100 program is going to be very vocal about it, while those who had their drive permanently fail during the process are likely to go cry quietly in a corner while saving up for a clean-room capable service to repair their drive and attempt to get their stuff back. I'll focus more on the exact issues with using software tools for hardware problems later in this article, but for now, surely there has to be some way to attempt these first few steps of data recovery without resorting to software tools that can potentially cause more damage?

Well now there is. Enter the RapidSpar, made by DeepSpar, who hope this little box can bridge the gap between dedicated data recovery operations and home users risking software-based hardware recoveries. DeepSpar is best known for making advanced tools used by big data recovery operations, so they know a thing or two about this stuff. I could go on and on here, but I’m going to save that for after the intro page. For now let’s get into what comes in the box.

Note: In this video, I read the MFT prior to performing RapidNebula Analysis. It's optimal to reverse those steps. More on that later in this article.

The RapidSpar is a tool, and as appropriate, comes in a proper tool case: 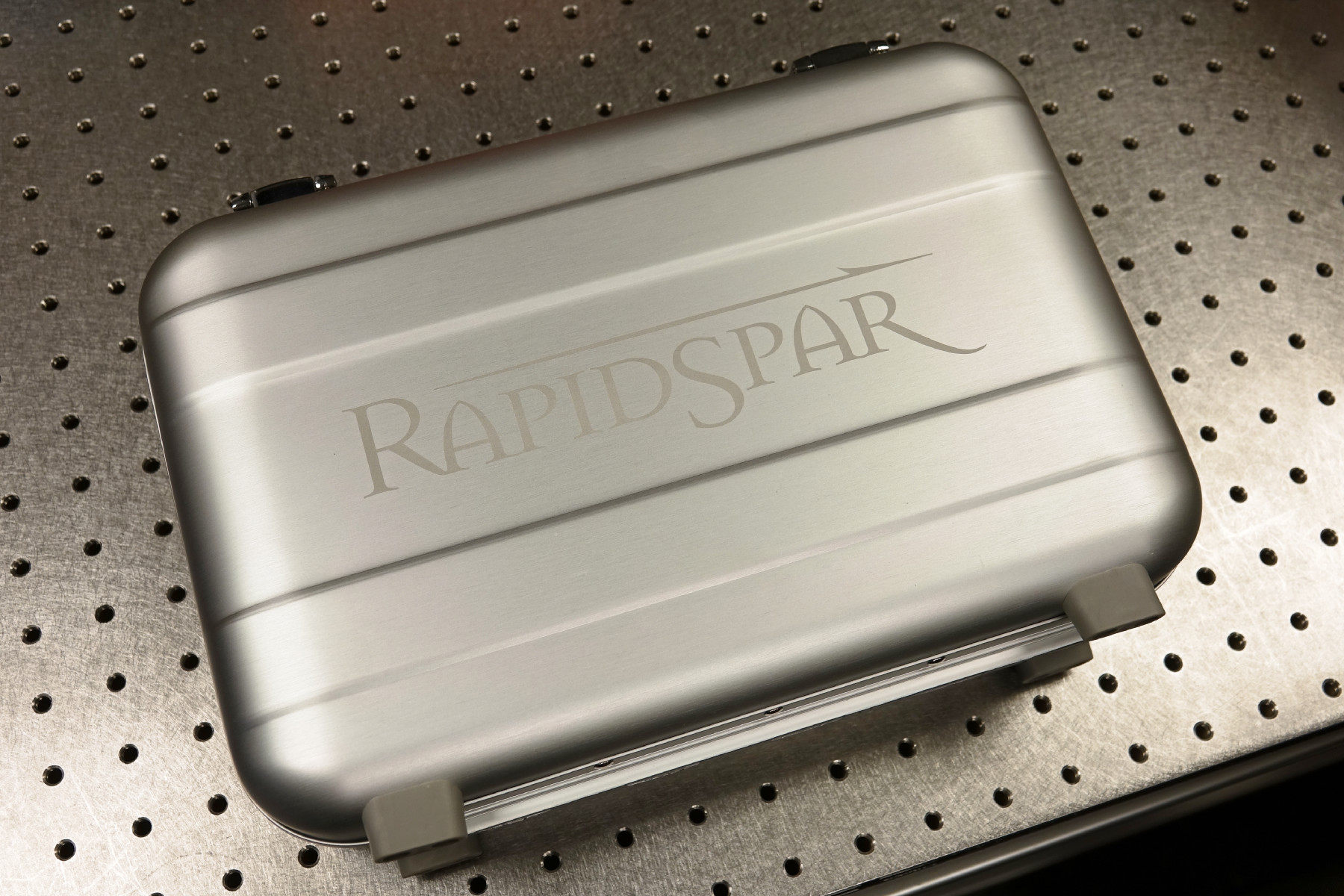 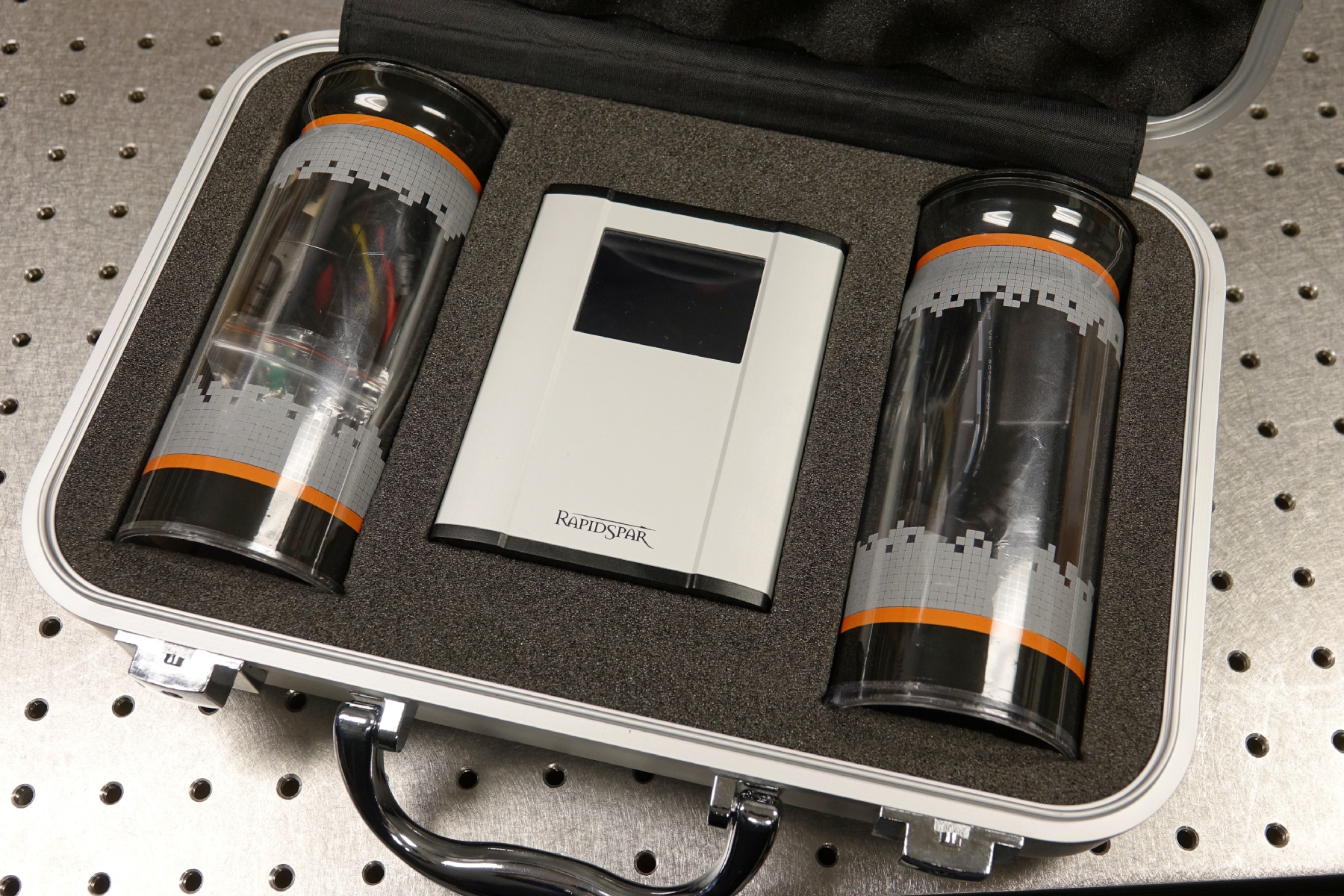 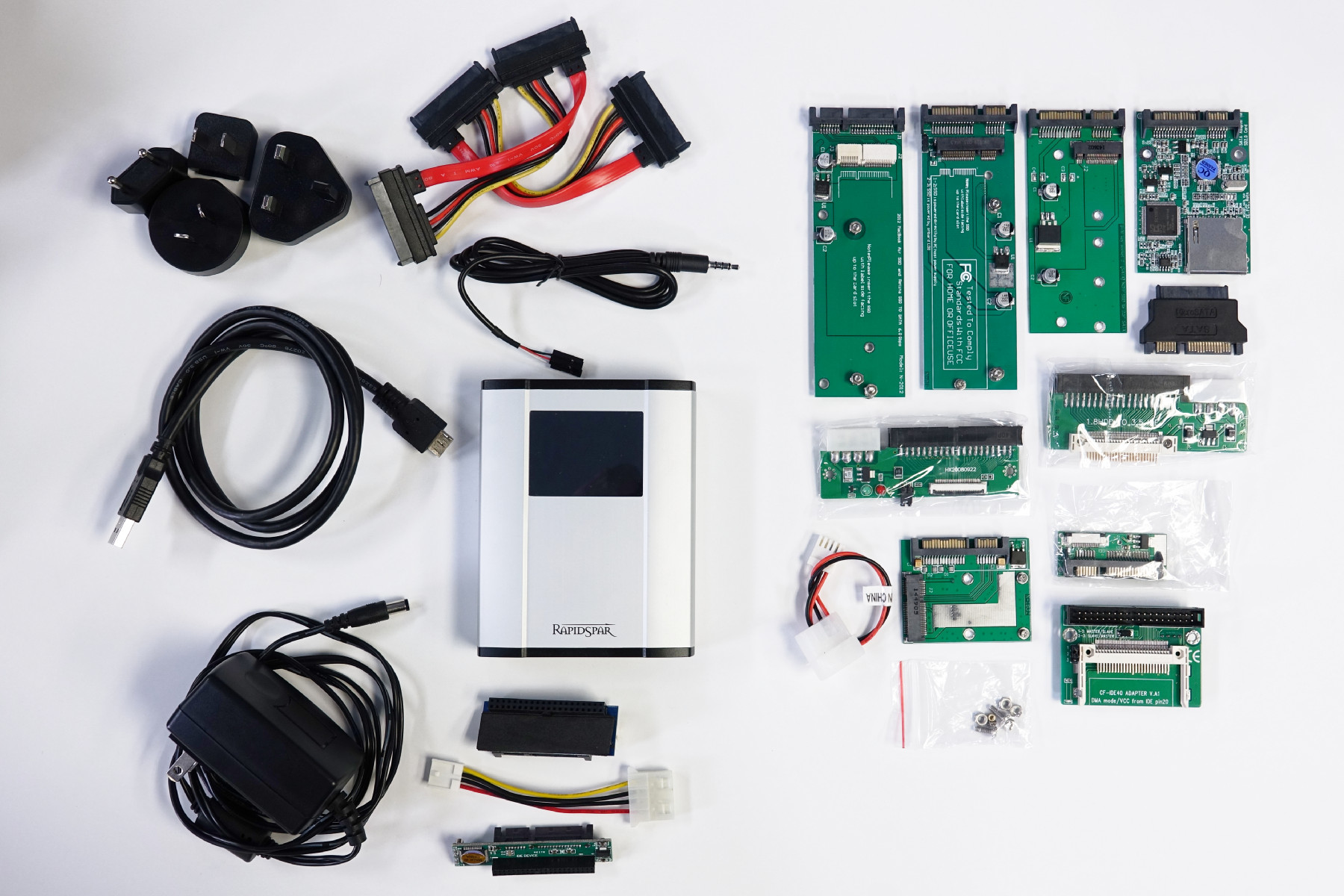 The base unit comes with everything on the left half of the picture. International power adapter set, USB 3.0 cable, a pair of short SATA+power cables, a serial cable (for troubleshooting specific older drives), and a pair of adapters for connecting 3.5” and 2.5” IDE HDDs.

For those wanting a swiss army knife of SATA device connectivity, an additional $300 gets you the adapter set on the right half of the photo. Those are: 1.8” IDE, ZIF, LIF, mSATA, Micro SATA, CF card, SD card, M.2, Macbook 12+6 pin, Macbook 17+7 pin. I tried pricing a few of these separately and rather quickly went over the price of this bundle, so the kit is a deal. Note that the RapidSpar is limited to ATA command set devices (meaning SATA/M.2 SATA or IDE/CF/SD). PCIe devices (M.2 PCI or HHHL PCI) are not supported by the RapidSpar. 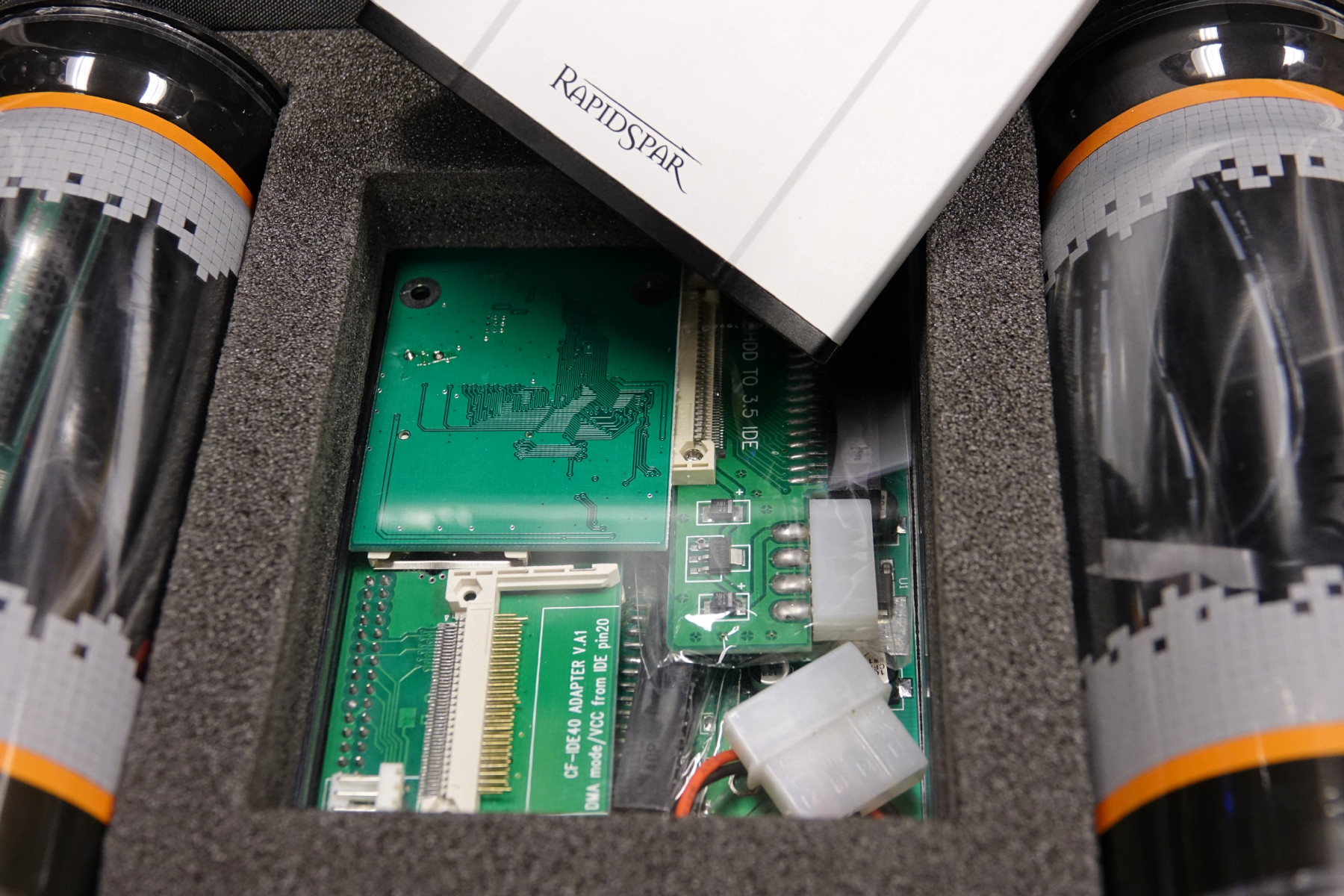 If you’re creative with the adapter PCB stacking, the additional set does fit in a compartment beneath the RapidSpar’s spot in the center of the case, so even with all of the bells and whistles, everything still fits neatly in that single package.

You know I wasn't going to let this one slip by without cracking it open! 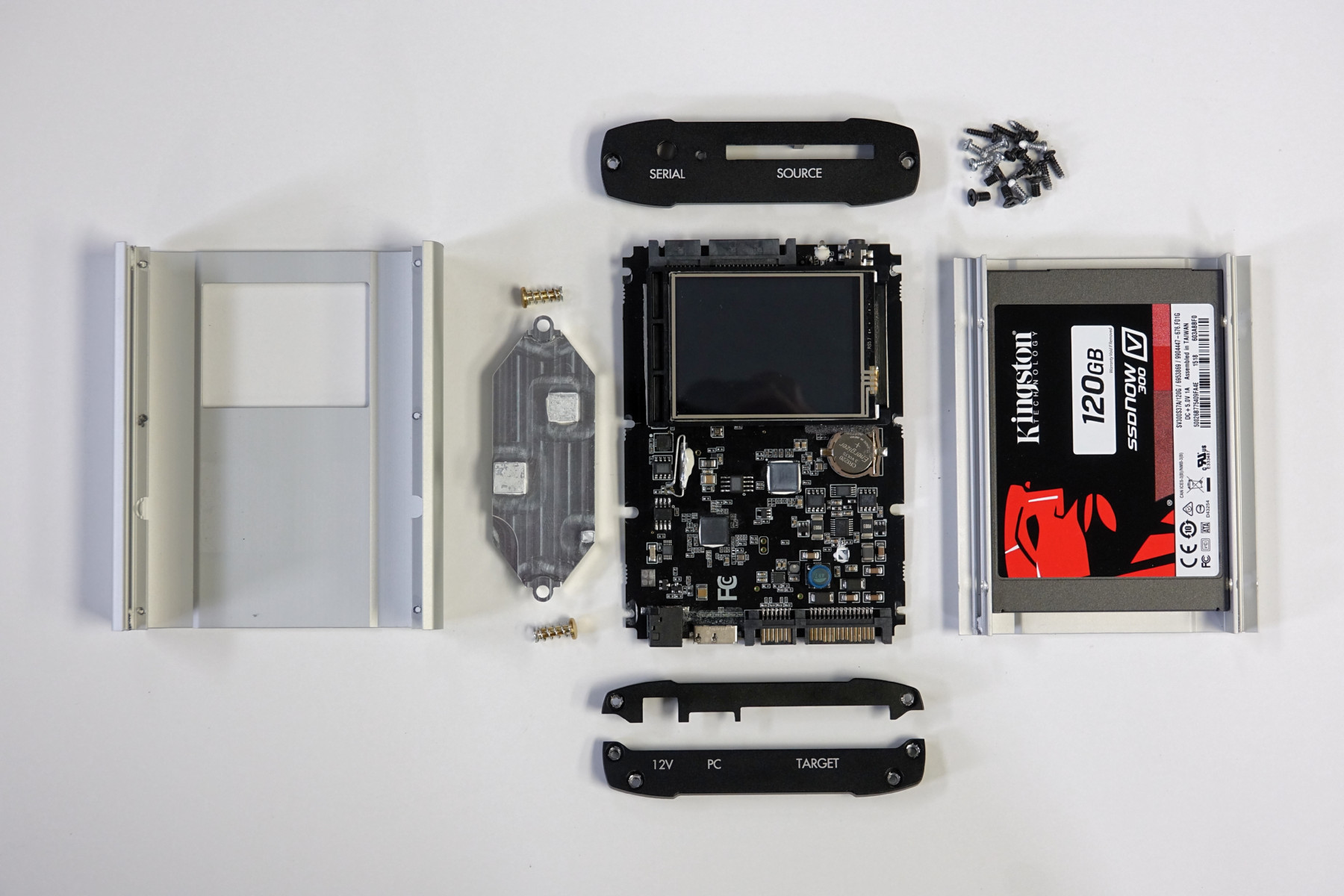 There's not a lot to dive into, as the device itself is a nice compact design. It's good to see a real SSD in there. The SSD is only to hold firmware and project files, but it does mount to the connected host, so files could be copied off to it in a pinch. I found it handy for storing updated copies of DeepSpar's recovery-related app installers, as well as a PDF copy of the RapidSpar user guide.