Being a hardware-based recovery device, the RapidSpar has complete control over the commands being sent to the drive being recovered, and it employs a real-time OS that is purpose built for these types of tasks. 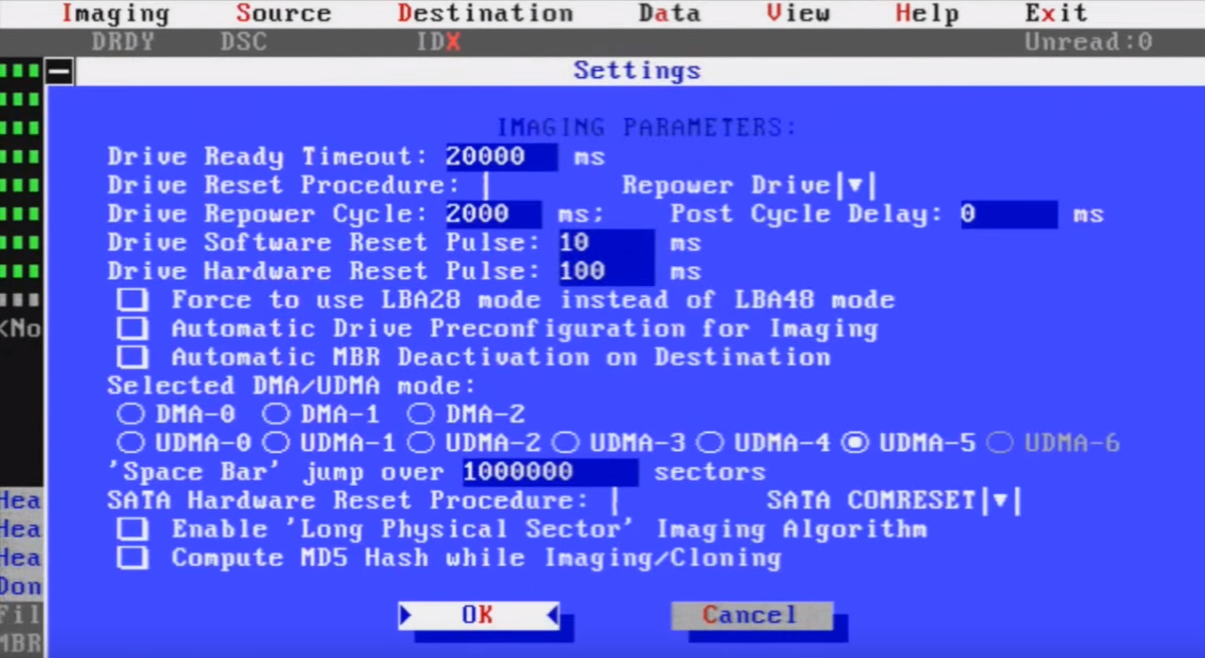 DeepSpar’s more expensive recovery devices allow for the manual adjustment of all sorts of parameters, such as read mode (PIO / DMA / UDMA), hardware and software read resets, read block size, etc. Special read commands can be issued to request data while disregarding the drives own internal error correction (ECC) data. The RapidSpar can do these same types of things, but the turning of the various knobs and switches is handled by the DeepSpar folks via their new RapidNebula service. 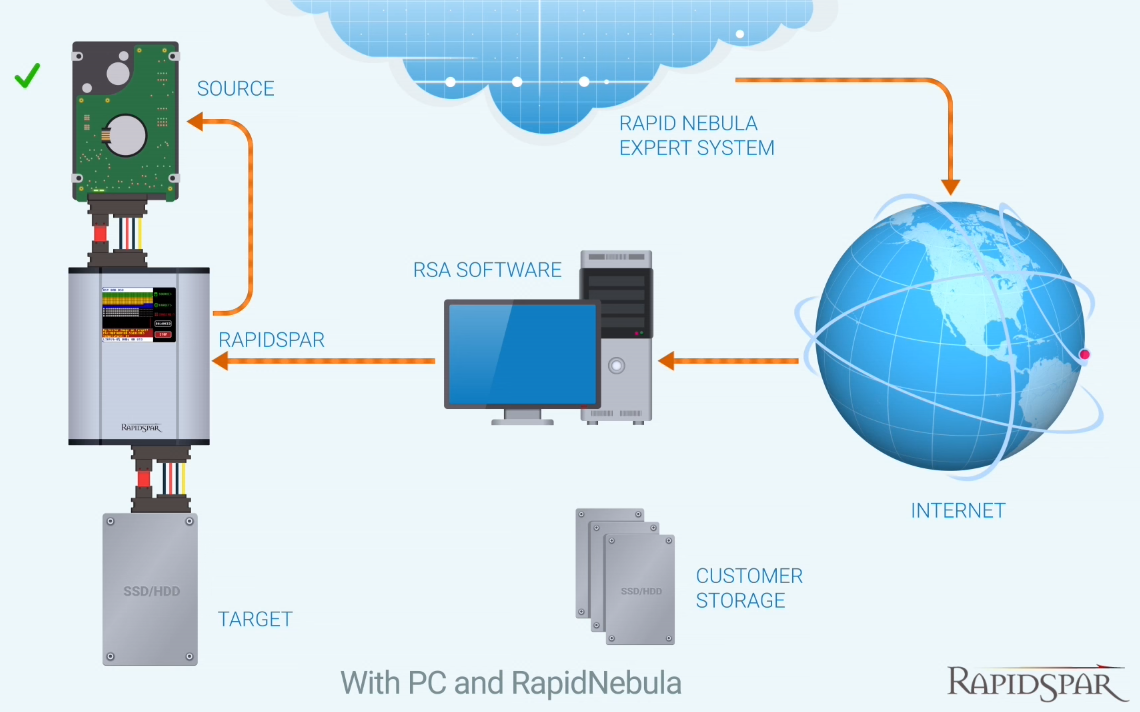 DeepSpar maintains a database of various drive types and thanks to their experience, they know the best settings to use for each. With a source drive connected to the RapidSpar, and with an internet connected computer running RapidSpar Assistant, the source drive is analyzed and a metadata exchange takes place with RapidNebula. Optimal settings are downloaded and incorporated into the recovery project files saved on the RapidSpar, meaning the new settings will continue to help the RapidSpar deal with slow or bad sectors in the fastest way possible moving forward (even if the PC is no longer connected.

While ‘dumb’ front-to-back imaging is handy for recovery of disks that were part of a RAID, most disks in need of data recovery were primary drives with a file system in place, and that is where another strength of the RapidSpar comes into play:

RapidSpar, in coordination with RapidSpar Assistant (RSA) running on a host, can recover data in the most surgical manner possible. RSA is able to parse NTFS, HFS+, EXT 2/3/4, FAT32, exFAT, and XFS file systems. I tested using both MBR and UEFI partitioning schemes on drives up to 8TB in capacity. When employing Targeted Recovery, RSA requests only the minimum number of sectors required to recognize the partition location and type, and then to parse its file structure. Every successfully read sector is duplicated and subsequent reads come from the target image drive, meaning that the source drive only sees each unique read *once*. With the file system virtually mounted within RSA, the user can then search for / filter results based on what is the highest priority for that recovery. The RapidSpar can then be directed to image only those files or to save them to the host system directly (they are still imaged if the latter choice is made). This is extremely effective for failing drives that have limited time and/or read attempts left in them before a hard failure occurs. Files with bad blocks can be skipped so that they can be re-tried later with more aggressive recovery settings.

While RSA does its best to get all necessary file system metadata, it can and does work with partial results (bad sectors in the MFT, for example). In the worst cases where RSA can’t get a lock on the file system due to pre-existing errors or data corruption, the whole drive can be imaged and then other logical tools can be run on that resulting image to try and carve out any vital files or data. For those with less patience that would like to point their logical data recovery tools directly at a source image mounted via the RapidSpar, there is a Data Acquisition add-on feature that can be unlocked for an additional cost. We'll touch on that later. 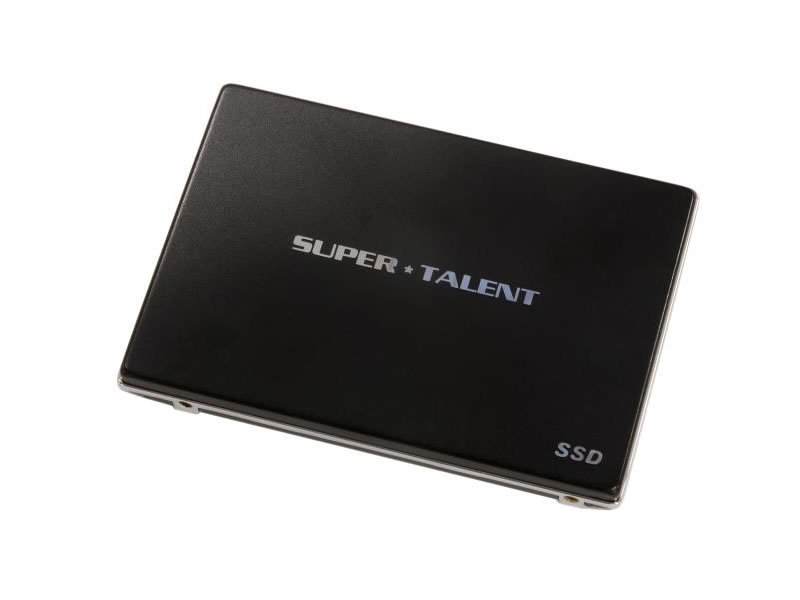 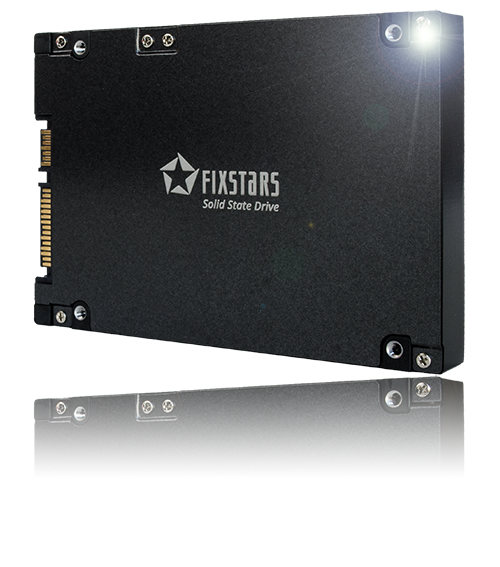