Everyone expects SSD makers to keep pushing out higher and higher capacity SSDs, but the thing holding them back is sufficient market demand for that capacity. With that, it appears Samsung has decided it was high time for a 4TB model of their 850 EVO. Today we will be looking at this huge capacity point, and paying close attention to any performance dips that sometimes result in pushing a given SSD controller / architecture to extreme capacities.

This new 4TB model benefits from the higher density of Samsung’s 48-layer V-NAND. We performed a side-by-side comparison of 32 and 48 layer products back in March, and found the newer flash to reduce Latency Percentile profiles closer to MLC-equipped Pro model than the 32-layer (TLC) EVO:

We’ll be looking into all of this in today’s review, along with trying our hand at some new mixed paced workload testing, so let’s get to it! 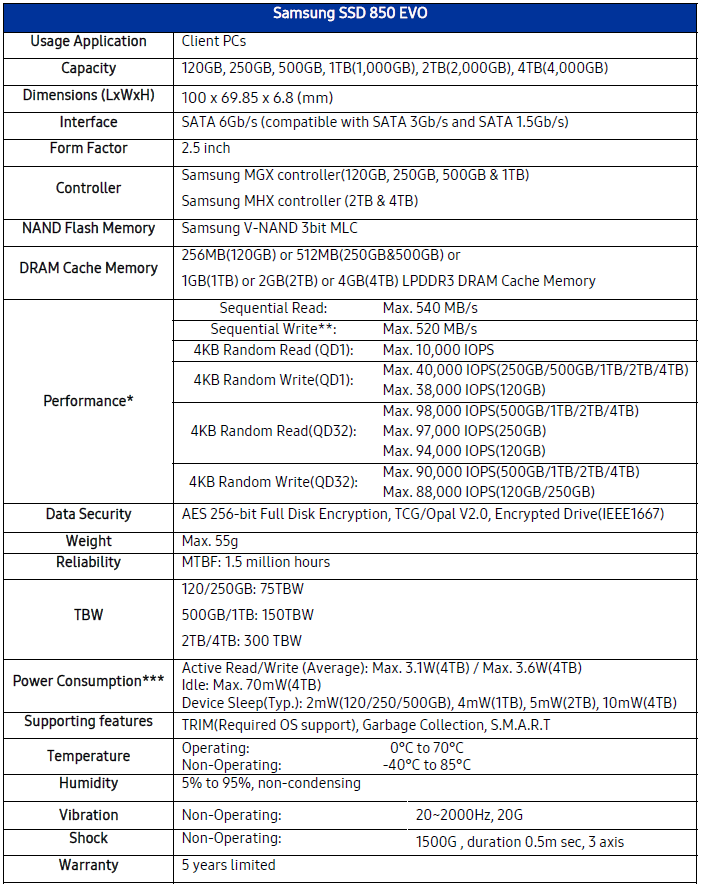 Specs are, well, boring. It’s mostly the same exact story as it was since the 500GB model of the 850 EVO, with a bump in max write power to 3.6W and standby power increases to 10mW on this highest capacity part. Endurance borrows the 2TB model’s 300 TBW rating (Samsung historically rates endurance in capacity pairs, so no cause for alarm there). 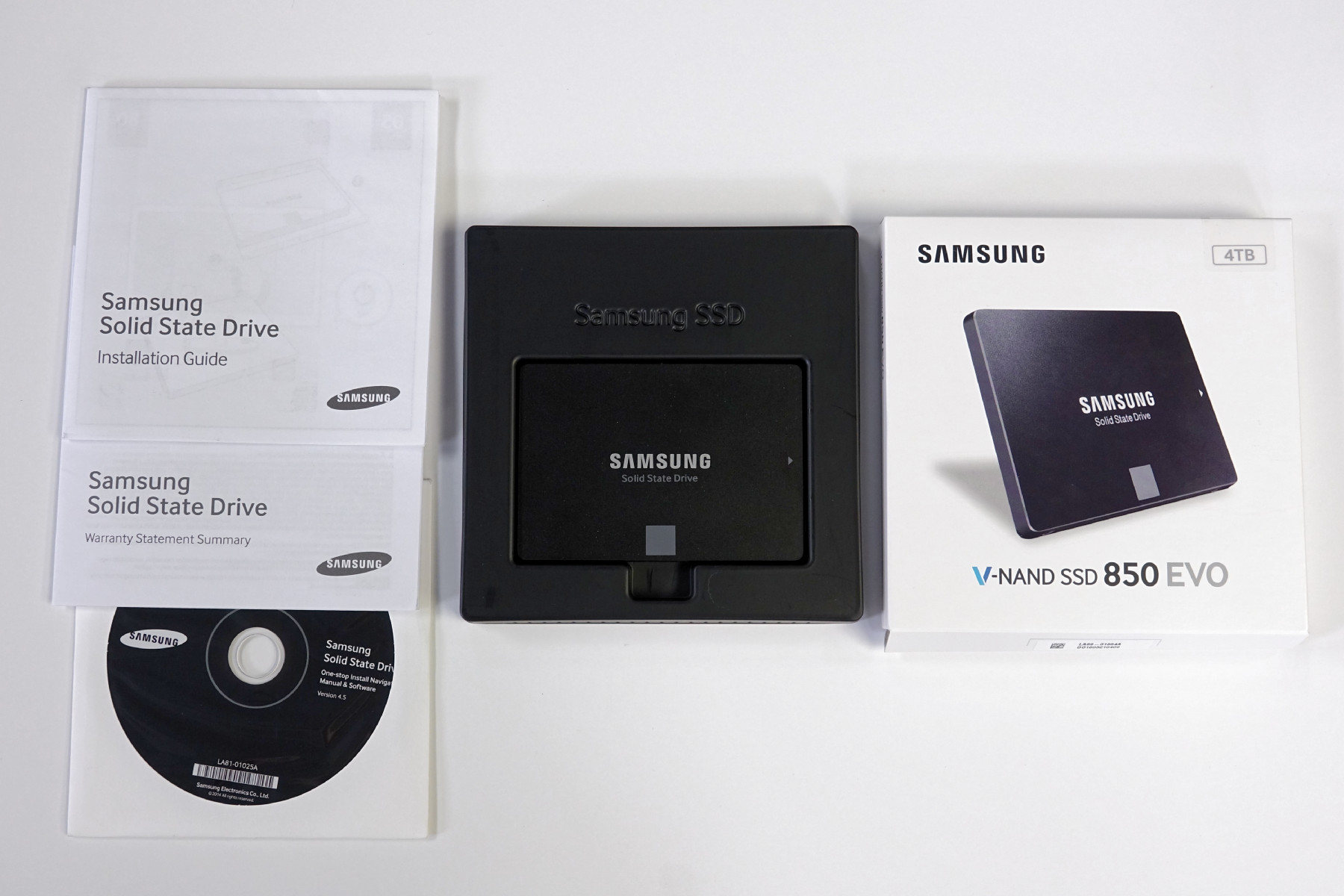