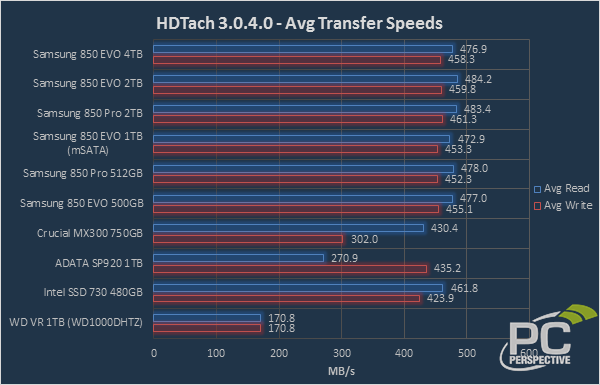 HDTach technically can't address past 2TB, but since we're not testing a HDD, we'll let it slide this one last time before putting it out to pasture. 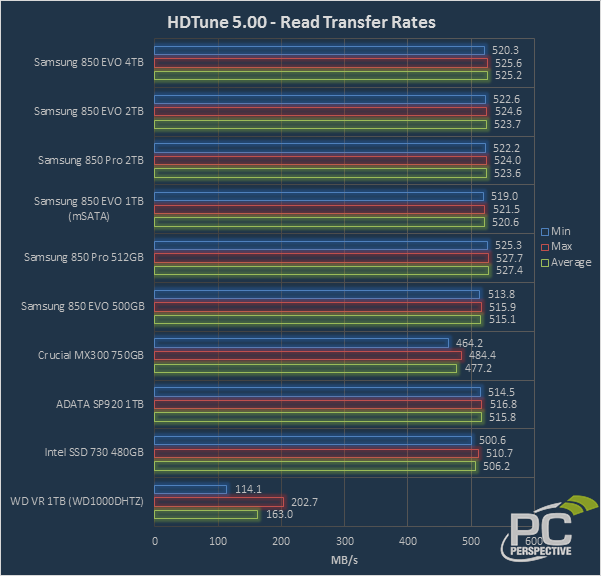 Speeds look good here, with most SATA products at or near saturation of the interface. 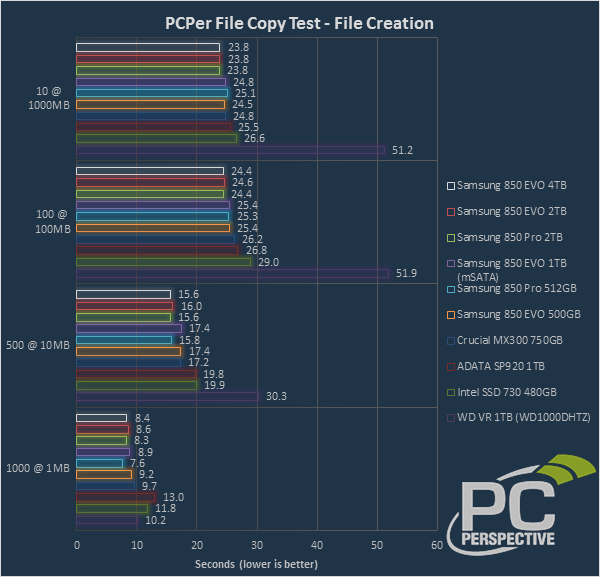 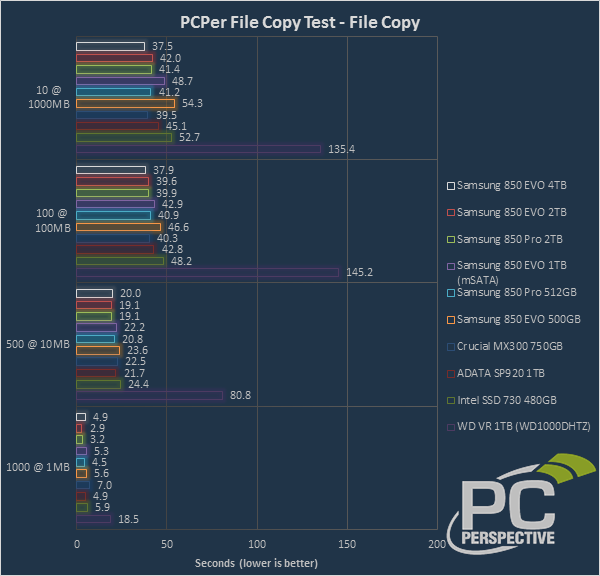 The 4TB 850 EVO tracks right along its smaller cousin. 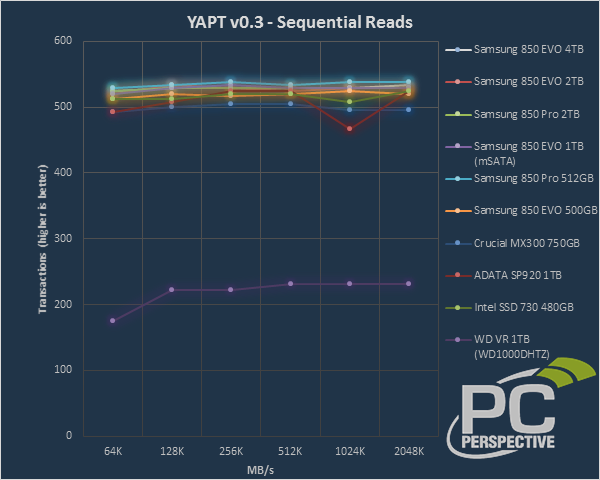 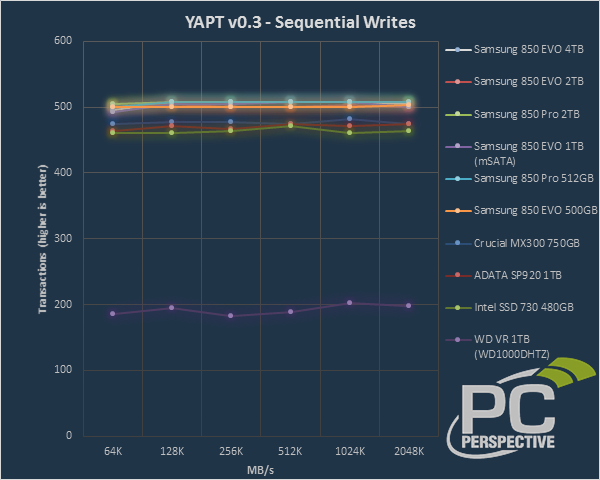 YAPT does its reads and writes in a non-4k-aligned manner, and some SSDs end up being highly sensitive to that type of workload. SATA SSDs have been refined to the point where it is not an issue (at least for sequential writes – more to follow on the next page).