Looking at power consumption on the mid-range cards became a much more important part of our testing suite after the issues surrounding the AMD Radeon RX 480. Let's see how the ASUS engineered GTX 1060 Turbo handles the pressure. 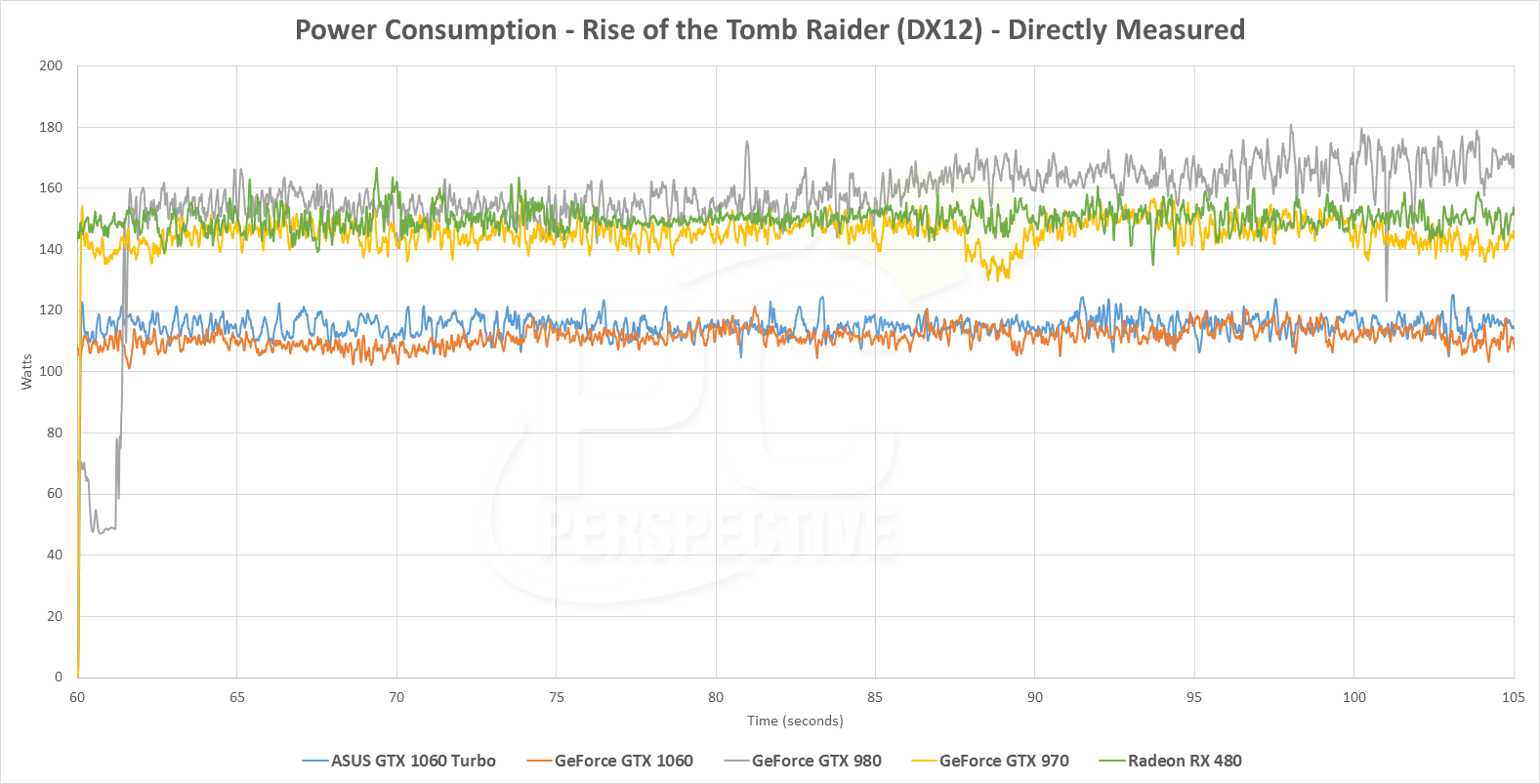 At 1080p with Rise of the Tomb Raider, the GTX 1060 Turbo from ASUS uses essentially the same total power draw as the Founders Edition card, which makes sense. Both are running at the same speeds, and even though the PCB designs aren't identical, they are likely very close in design and integration. The blue line averages out at around 115 watts or so with just a quick spike over 120 watts. 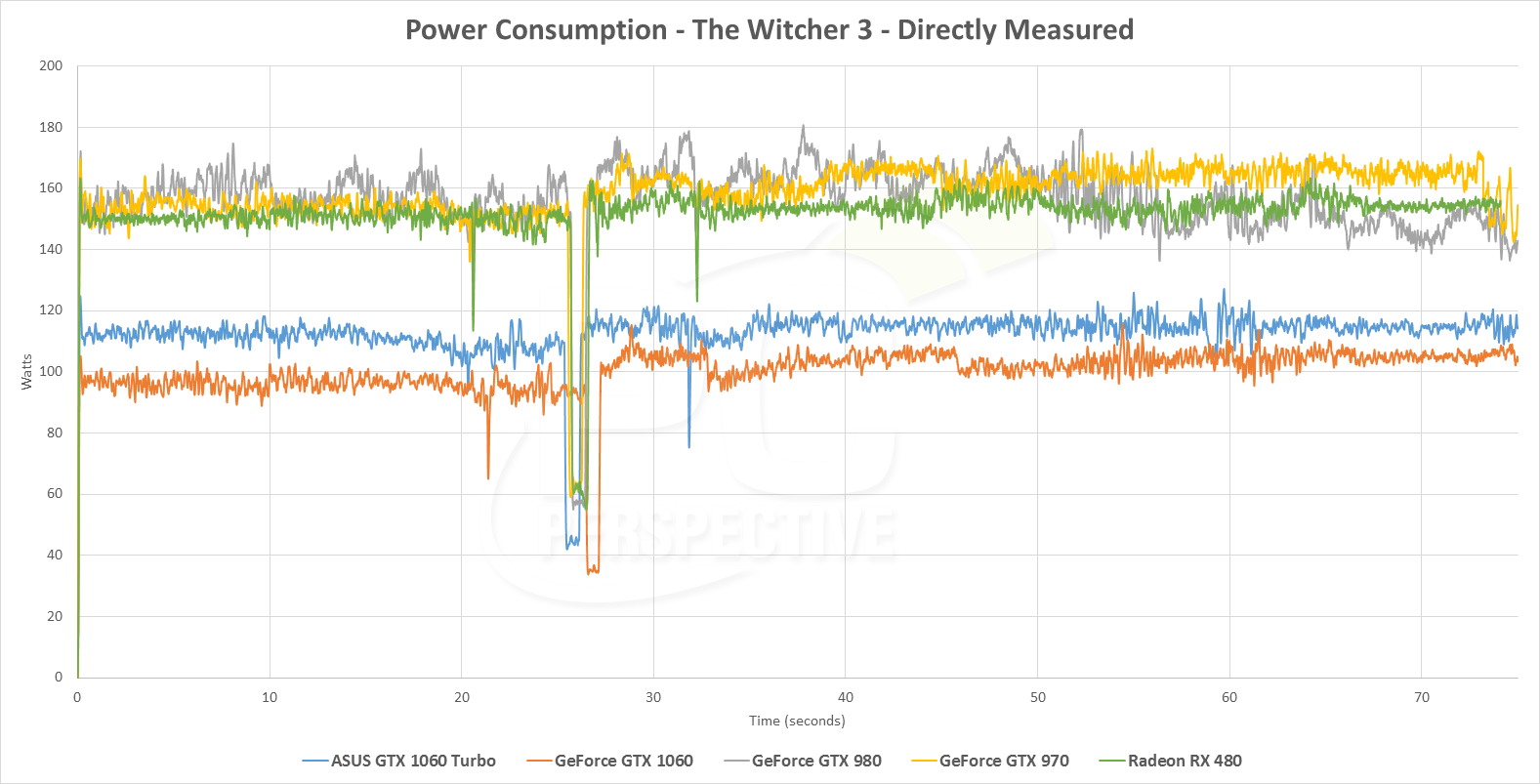 Under The Witcher 3 though, it looks different; the ASUS GTX 1060 Turbo is pulling more power than the Founders Edition. It is still under the 120 watt total TDP.

Next up we'll take a look at Metro: Last Light running at 4K – a worst case testing scenario for the GTX 1060. 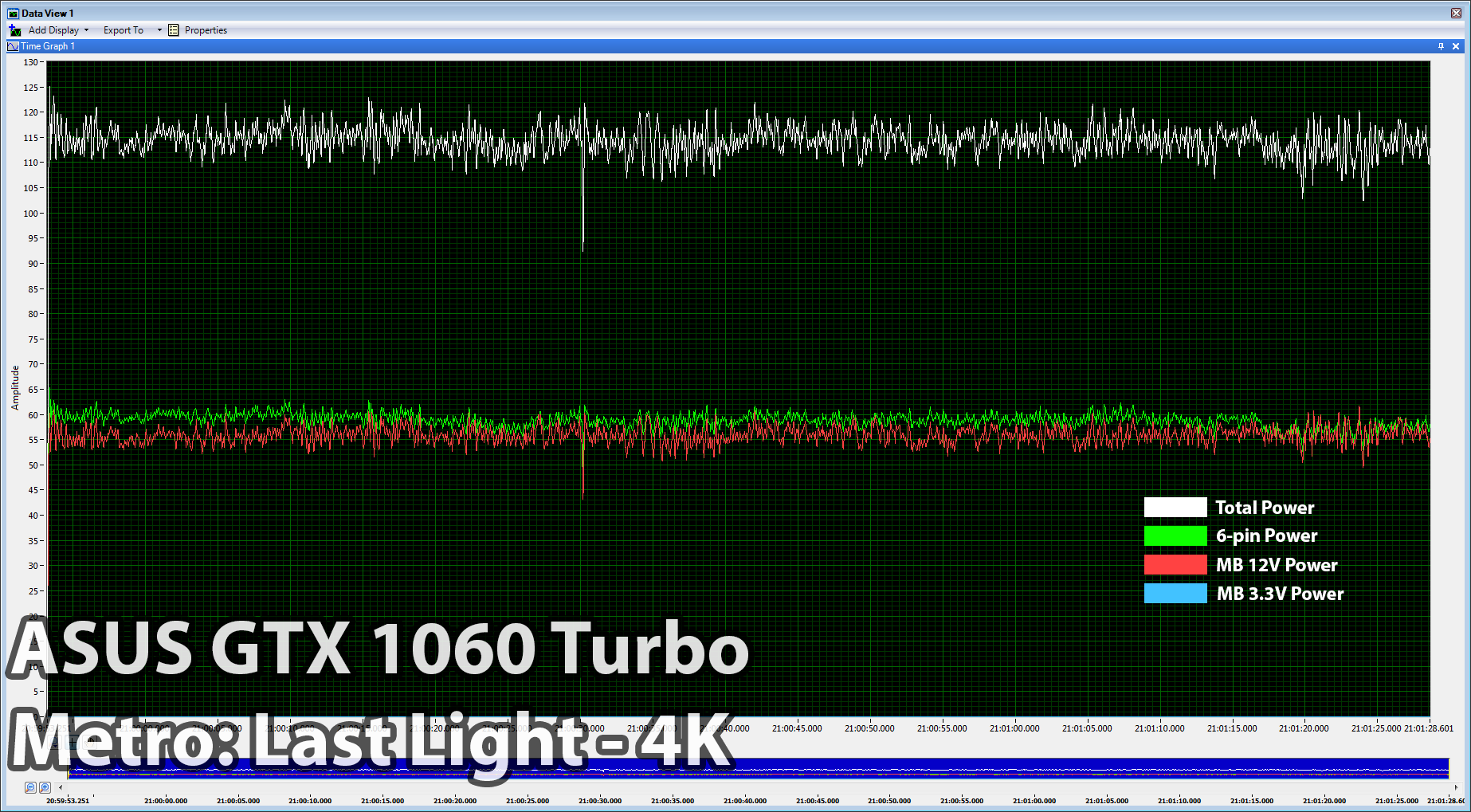 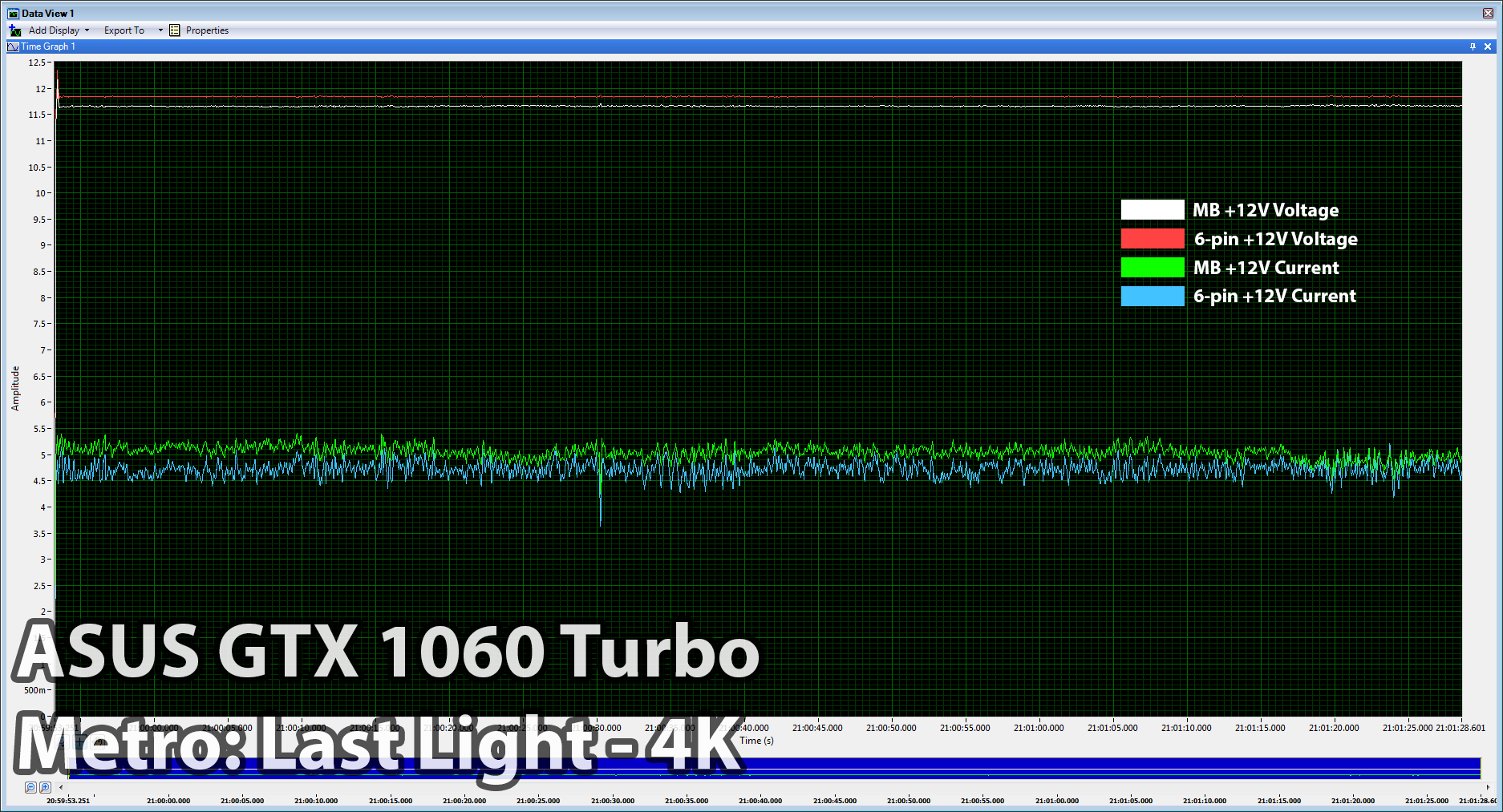 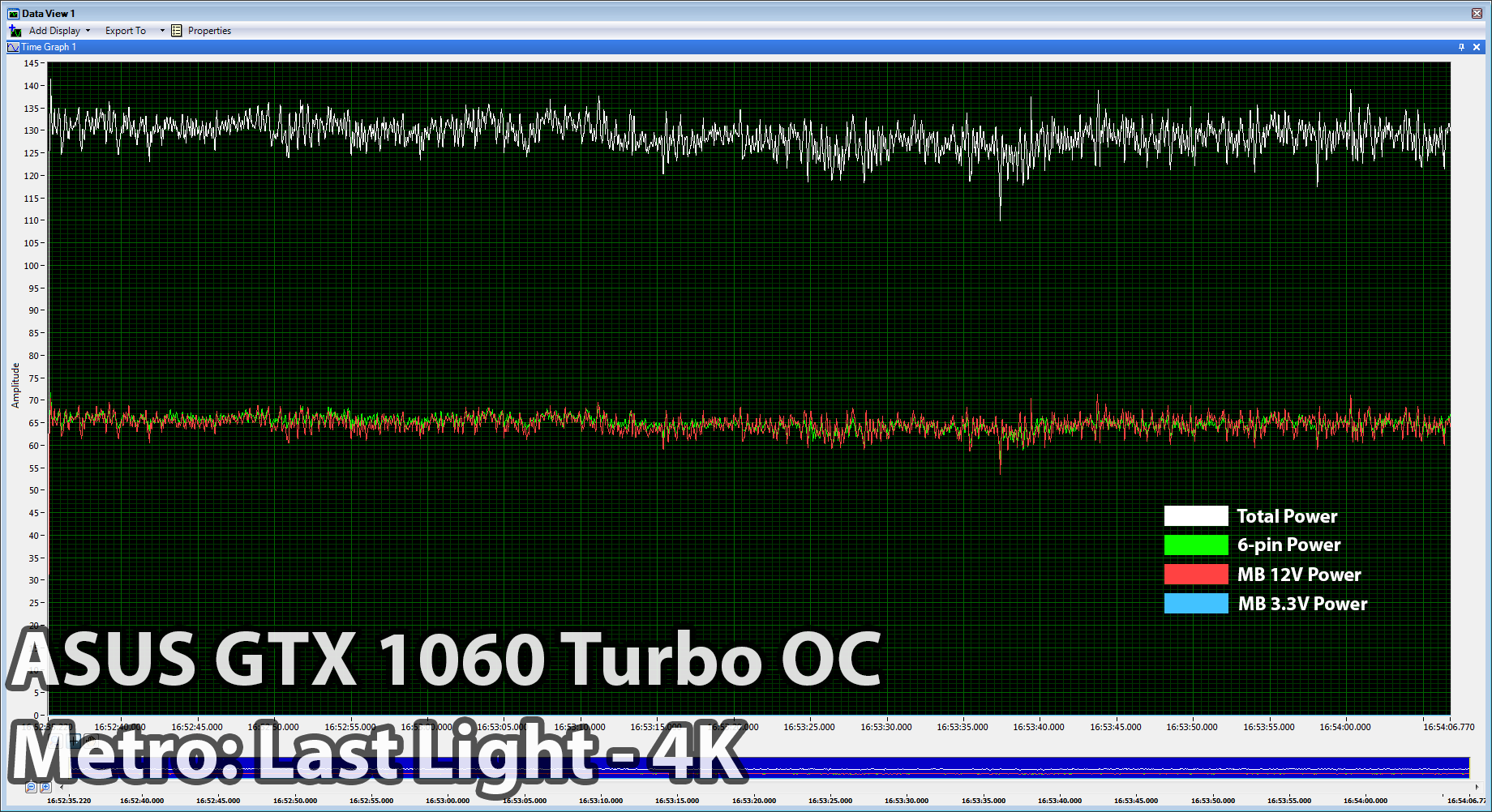 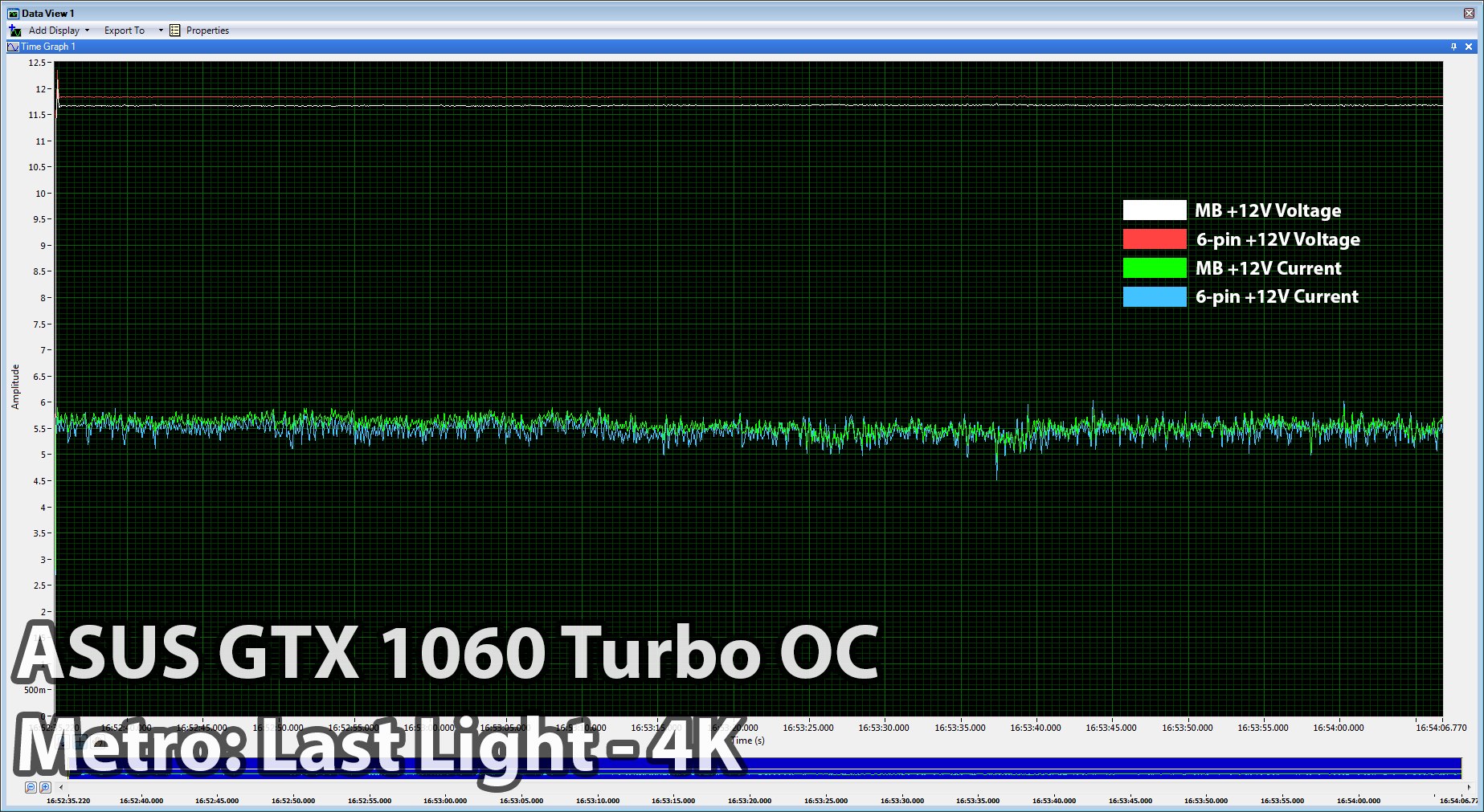 When overclocked, the ASUS GTX 1060 Turbo is going over spec on the motherboard slot. We now see power draw hitting as high as 72 watts while current peaks at ~6A. That breaks spec, yes, but since we have pushed up the power target on the card to its maximum and increased clocks by a +240 MHz offset, we'll give both ASUS and NVIDIA the benefit of the doubt. Even when the RX 480 was breaking spec at overclocked settings after all software fixes were applied, we allowed it without criticism.

It's interesting to see how even the power draw is between the PCIe motherboard slot and the 6-pin connection on the GTX 1060 still. This isn't usually how NVIDIA and its partners have designed cards. Still, likely thanks to the 120 watt TDP target, nothing is goes out of spec when running at stock settings.