Listening tests using the selected audio tracks were performed with a Kingston HyperX Cloud Gaming audio headset as well as a 5.1 speaker setup to exercise the subsystem’s audio fidelity. In both cases, audio reproduction was clear and distortion-free with little quality difference between the listening sessions.

For testing the board’s Microphone input port, the microphone from a Kingston HyperX Cloud Gaming audio headset was used to capture a 10 second spoken phrase with the assistance of the Microsoft Voice Recorder application. The resulting audio file was saved to the desktop and played back using Windows Media Player.

Audio pickup was distortion free without Microphone Boost enabled, but was best with Microphone Boost set to +30dB with a recording volume of 75%. Also, there was no quality difference between audio pickup in normal mode and with the Noise Suppression and Accoustic Echo Cancellation functionality active. 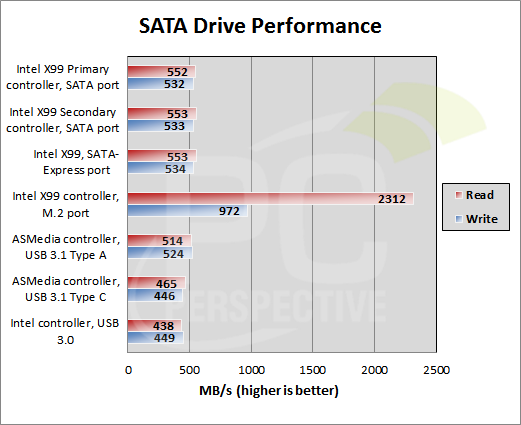 The SSDs performed well on the Intel-based SATA ports with no measurable performance differences between the SATA and SATA-Express ports. The Samsung 950 Pro drive performed as expected within limit using the integrated M.2 port. On the USB 3.1 ports, there was a varying degree of differences between performance seen on the the ASMedia ports. The measured differences are likely a result of the different enclosures used, rather than port-related issues. Even so, all the USB 3.1 and 3.0 devices posted impressive performance numbers well over of 400 MB/s. 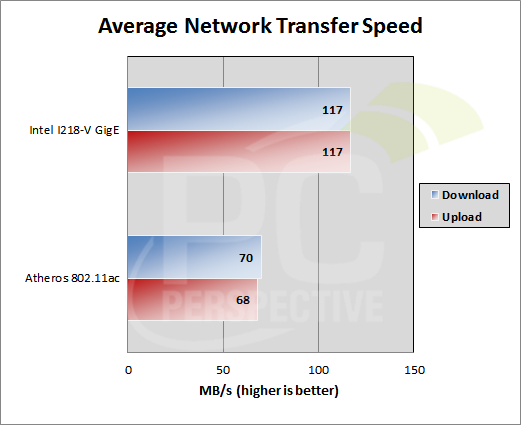 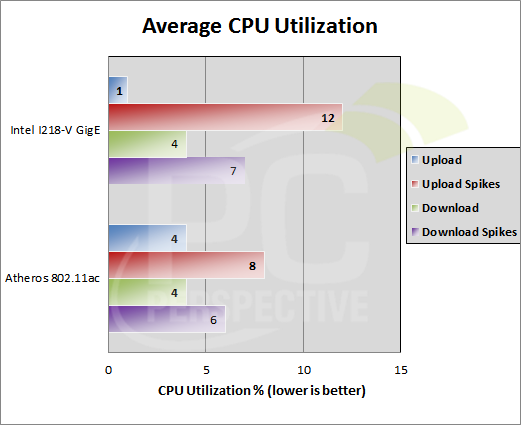