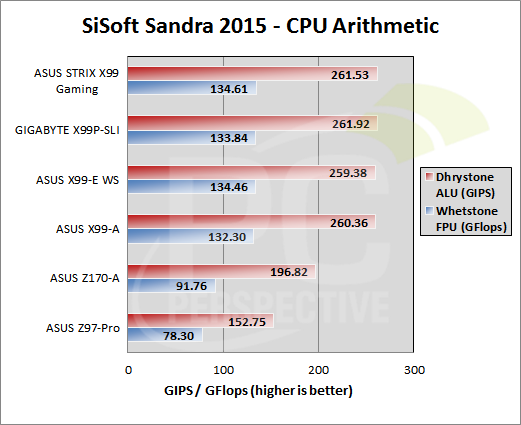 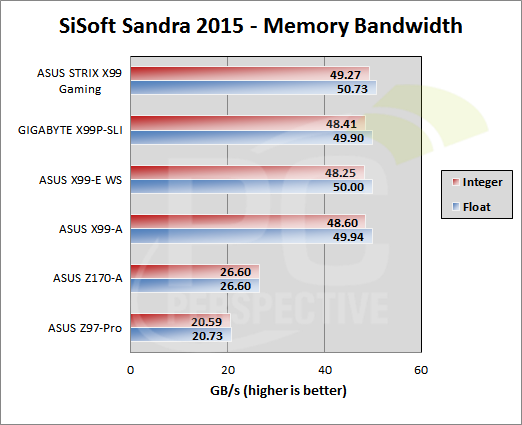 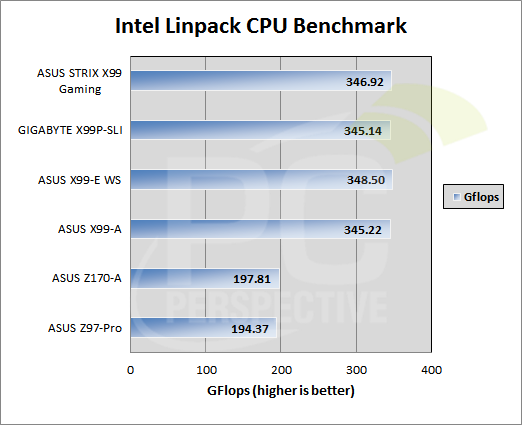 This CPU torture test is a proven method for identifying possible issues with the CPU to motherboard interface layer. The Strix X99 Gaming motherboard again performed on par with the other test systems, indicating an optimally working motherboard. 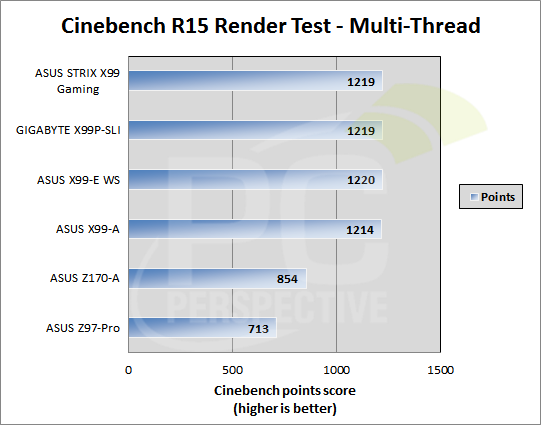 The Strix X99 Gaming performed as expected in this rendering testing. 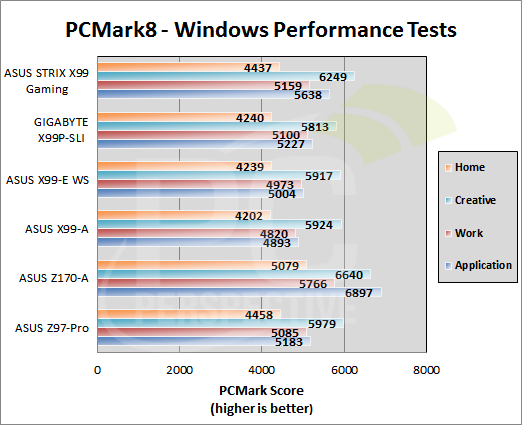 The Strix X99 Gaming board scored top performance numbers in this benchmark suite, showing itself to be a strong competitor in relation to the other Intel X99-based systems. 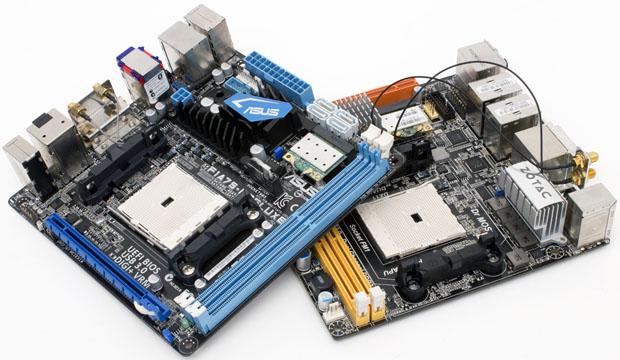