At the opening keynote to this summer’s Intel Developer Forum, CEO Brian Krzanich announced a new initiative to enable a completely untether VR platform called Project Alloy. Using Intel processors and sensors the goal of Project Alloy is to move all of the necessary compute into the headset itself, including enough battery to power the device for a typical session, removing the need for a high powered PC and a truly cordless experience.

This is indeed the obvious end-game for VR and AR, though Intel isn’t the first to demonstrate a working prototype. AMD showed the Sulon Q, an AMD FX-based system that was a wireless VR headset. It had real specs too, including a 2560×1440 OLED 90Hz display, 8GB of DDR3 memory, an AMD FX-8800P APU with R7 graphics embedded. Intel’s Project Alloy is currently using unknown hardware and won’t have a true prototype release until the second half of 2017.

There is one key advantage that Intel has implemented with Alloy: RealSense cameras. The idea is simple but the implications are powerful. Intel demonstrated using your hands and even other real-world items to interact with the virtual world. RealSense cameras use depth sensing to tracking hands and fingers very accurately and with a device integrated into the headset and pointed out and down, Project Alloy prototypes will be able to “see” and track your hands, integrating them into the game and VR world in real-time. 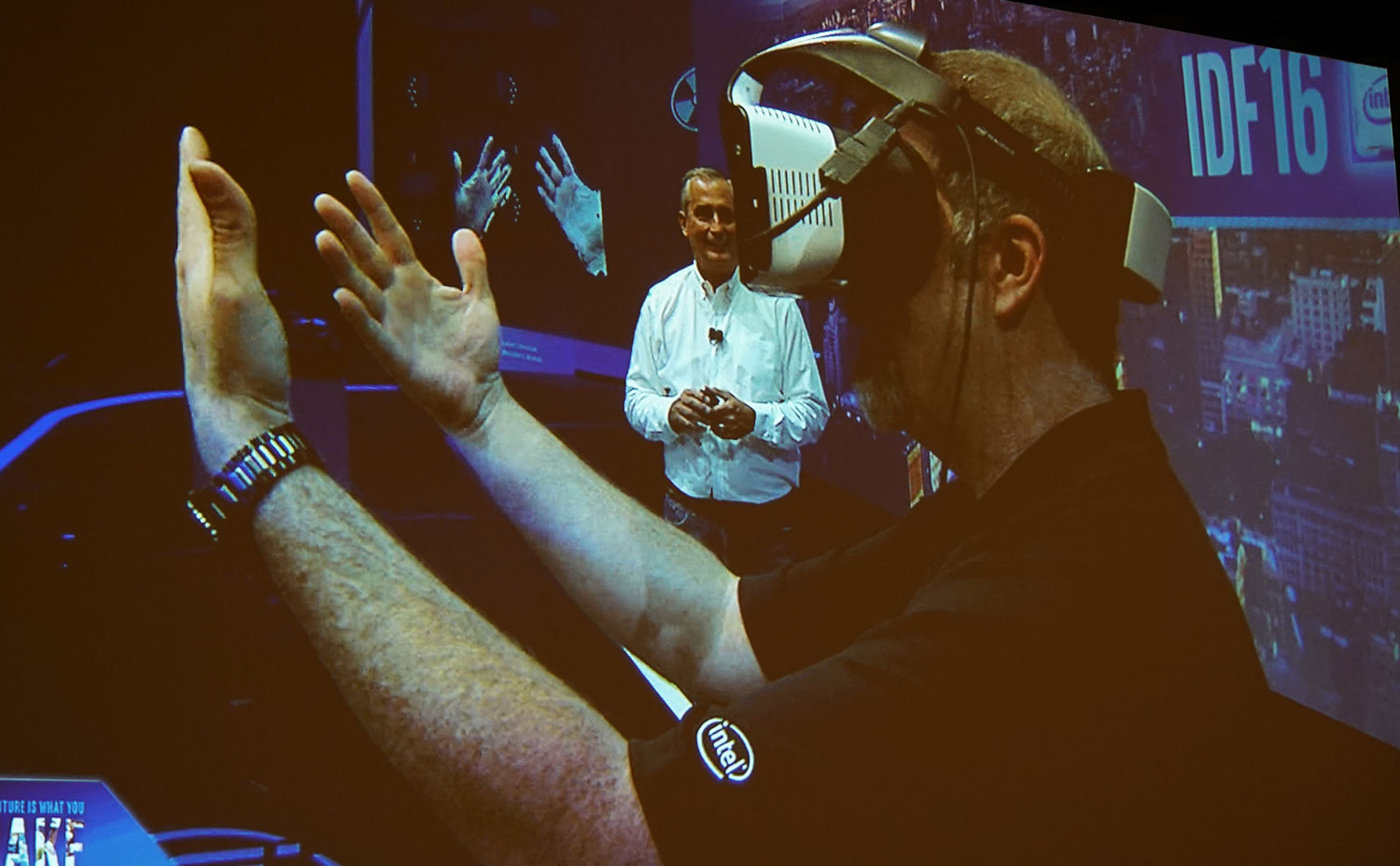 The demo that Intel put on during the keynote definitely showed the promise, but the implementation was clunky and less than what I expected from the company. Real hands just showed up in the game, rather than representing the hands with rendered hands that track accurately, and it definitely put a schism in the experience. Obviously it’s up to the application developer to determine how your hands would actually be represented, but it would have been better to show case that capability in the live demo. 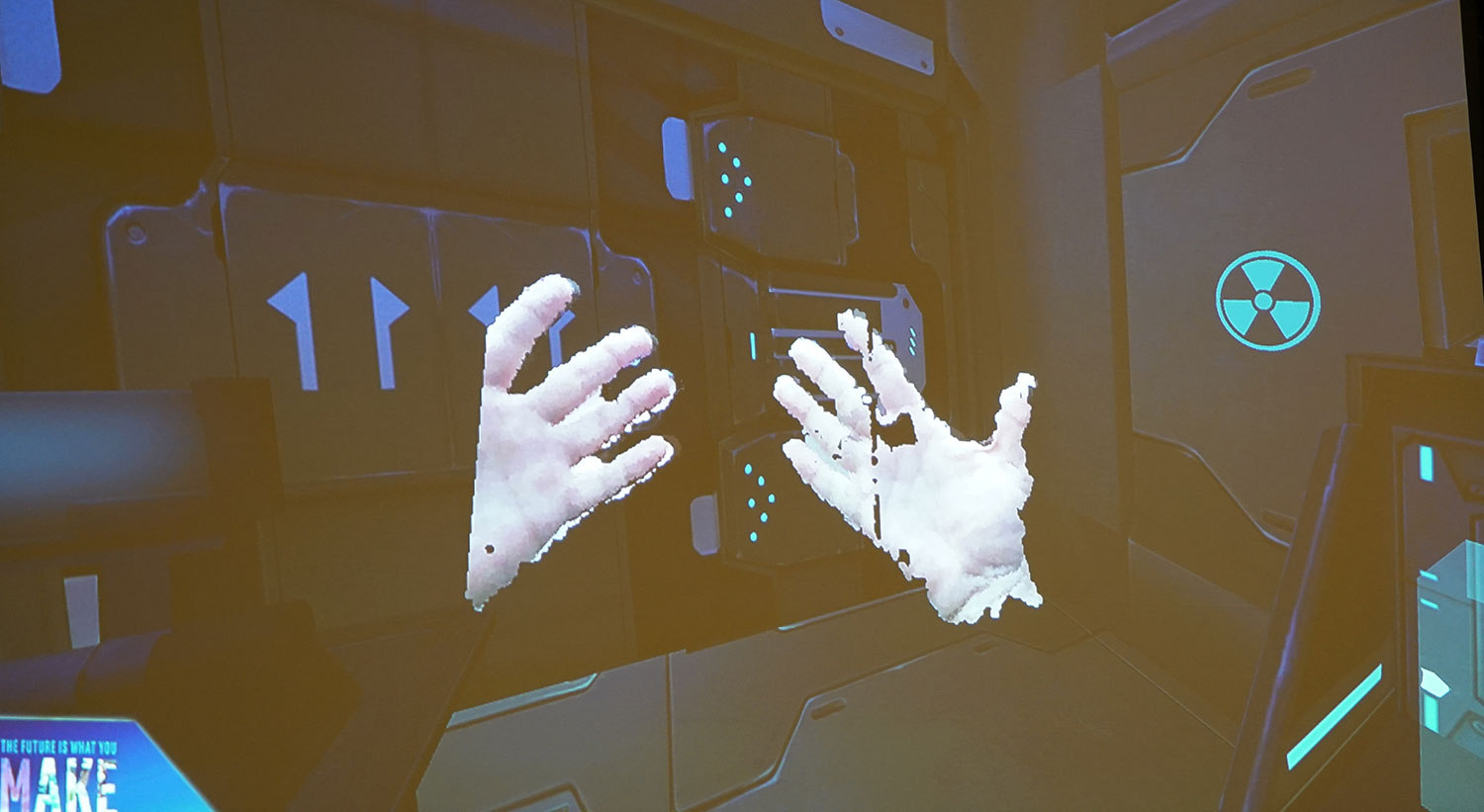 Better than just tracking your hands, Project Alloy was able to track a dollar bill (why not a Benjamin Intel??!?) and use it to interact with a spinning lathe in the VR world. It interacted very accurately and with minimal latency – the potential for this kind of AR integration is expansive.

Those same RealSense cameras and data is used to map the space around you, preventing you from running into things or people or cats in the room. This enables the first “multi-room” tracking capability, giving VR/AR users a new range of flexibility and usability. 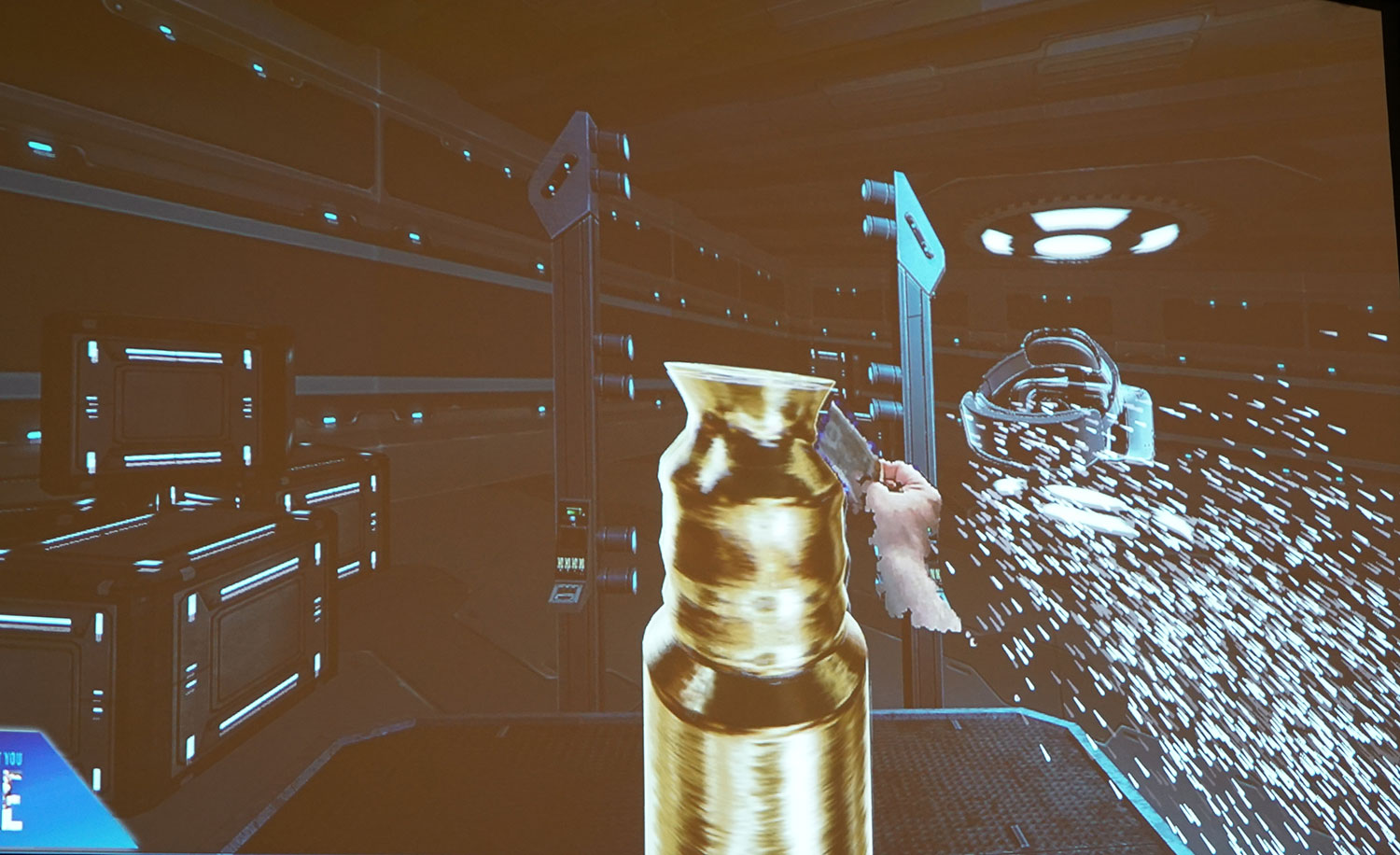 Though I did not get hands on with the Alloy prototype itself, the unit on-stage looked pretty heavy, pretty bulky. Comfort will obviously be important for any kind of head mounted display, and Intel has plenty of time to iterate on the design for the next year to get it right. Both AMD and NVIDIA have been talking up the importance of GPU compute to provide high quality VR experiences, so Intel has an uphill battle to prove that its solution, without the need for external power or additional processing, can truly provide the untethered experience we all desire. 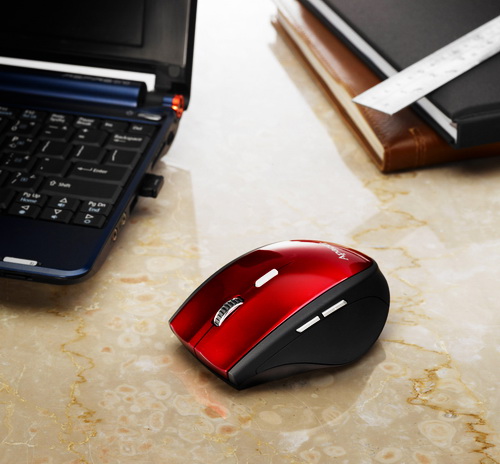 Everything in your notebook is power saving, why not your wireless mouse?