As a surprise to nearly everyone, on July 21st NVIDIA announced the existence of the new Titan X graphics cards, which are based on the brand new GP102 Pascal GPU. Though it shares a name, for some unexplained reason, with the Maxwell-based Titan X graphics card launched in March of 2015, this is card is a significant performance upgrade. Using the largest consumer-facing Pascal GPU to date (with only the GP100 used in the Tesla P100 exceeding it), the new Titan X is going to be a very expensive, and very fast gaming card.

As has been the case since the introduction of the Titan brand, NVIDIA claims that this card is for gamers that want the very best in graphics hardware as well as for developers and need an ultra-powerful GPGPU device. GP102 does not integrate improved FP64 / double precision compute cores, so we are basically looking at an upgraded and improved GP104 Pascal chip. That’s nothing to sneeze at, of course, and you can see in the specifications below that we expect (and can now show you) Titan X (Pascal) is a gaming monster.

GP102 features 40% more CUDA cores than the GP104 at slightly lower clock speeds. The rated 11 TFLOPS of single precision compute of the new Titan X is 34% higher than that of the GeForce GTX 1080 and I would expect gaming performance to scale in line with that difference. 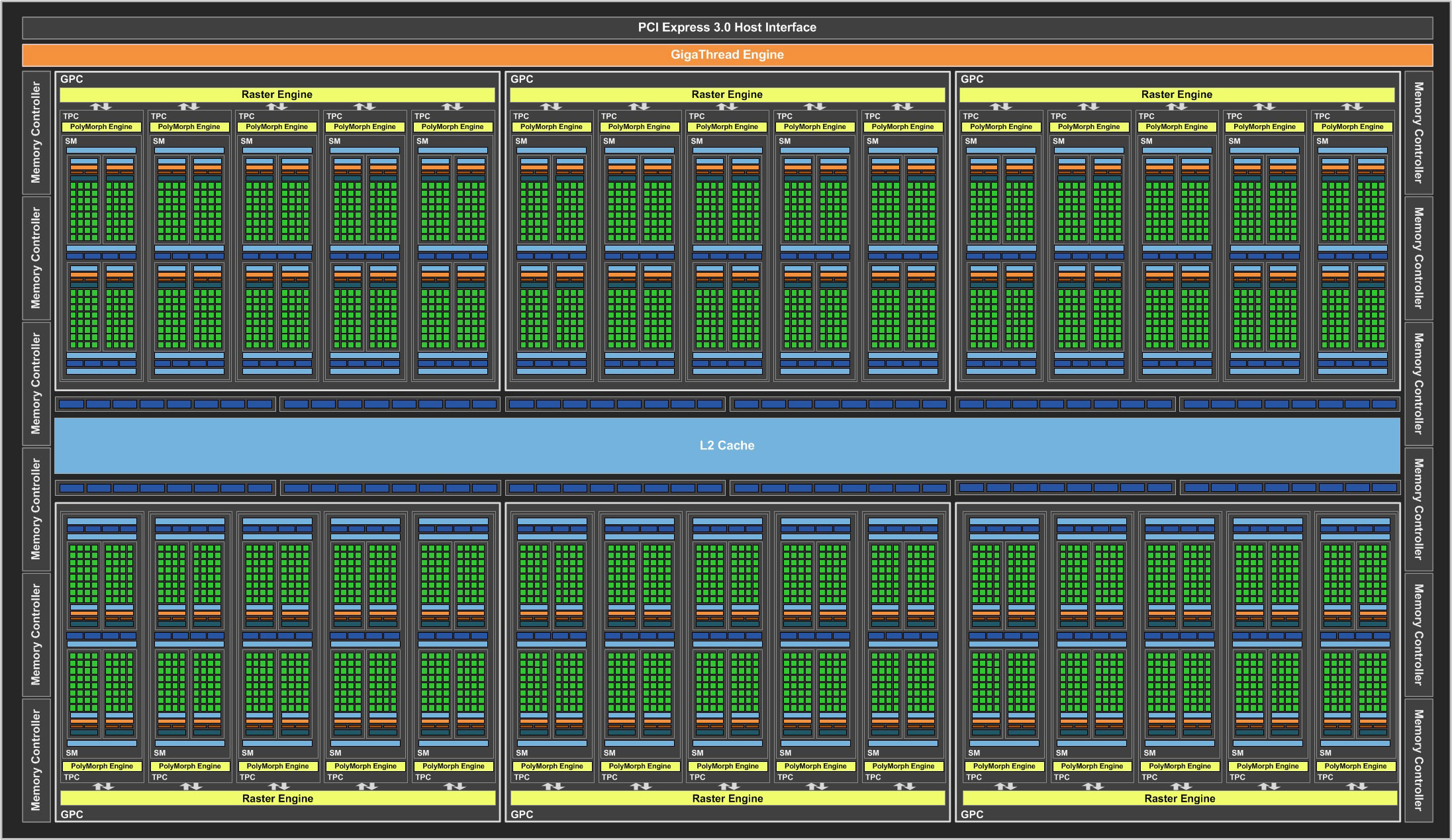 The complete GPU effectively loses 7% of its compute capability with the new Titan X, although that is likely to help increase available clock headroom and yield.

The new Titan X will feature 12GB of GDDR5X memory, not HBM as the GP100 chip has, so this is clearly a unique chip with a new memory interface. NVIDIA claims it has 480 GB/s of bandwidth on a 384-bit memory controller interface running at the same 10 Gbps as the GTX 1080.

Other than these changes, and corresponding improvements in texture units and ROP count, there really isn’t anything architecturally different in the Pascal-based Titan X over a GeForce GTX 1080. Just more, better and faster. If you are new to NVIDIA’s latest Pascal architecture, product features and what the move to 14nm nets them, you definitely should read our GeForce GTX 1080 review that covers all of that!

What will you be asked to pay for this performance? $1200, going on sale today, and only on NVIDIA.com, at least for now. Considering the prices of GeForce GTX 1080 cards with such limited availability, the $1200 price tag MIGHT NOT seem so insane. That's higher than the $999 starting price of the Titan X based on Maxwell in March of 2015 - the claims that NVIDIA is artificially raising prices of cards in each segment will continue, it seems.

Our time was short with the new Titan X, as our team prepares for a three week whirlwind of events, but we wanted to get a quick review of this beast out the door ASAP. 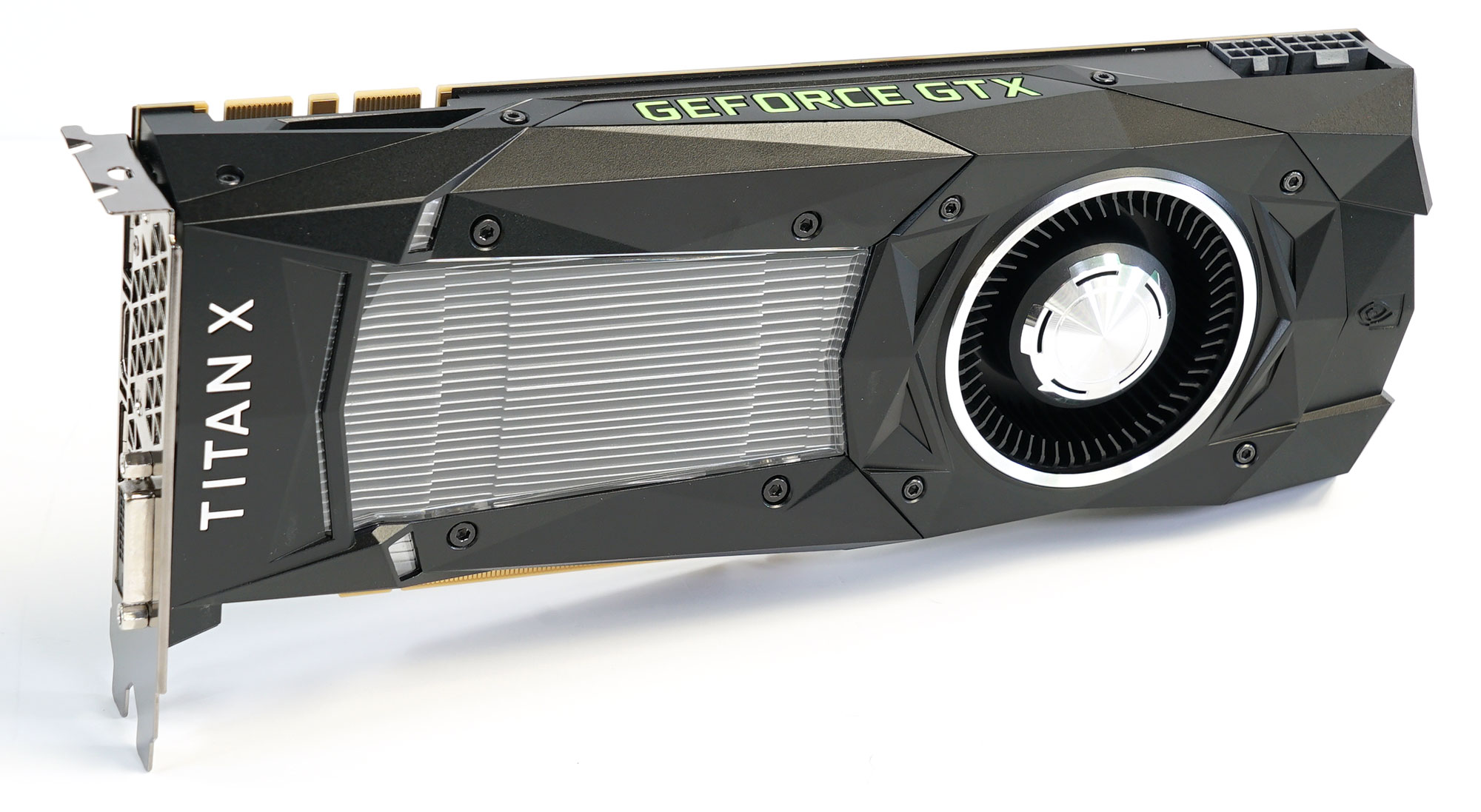 The new Titan X features the same design language started with the GTX 1080, a rif on the now aging design for NVIDIA reference products. This includes a blower style cooler with an illuminated GeForce GTX logo along the top of the card (interestingly, one of only a few places I see referencing GeForce with this product) and a window to see the heatsink under the shroud. 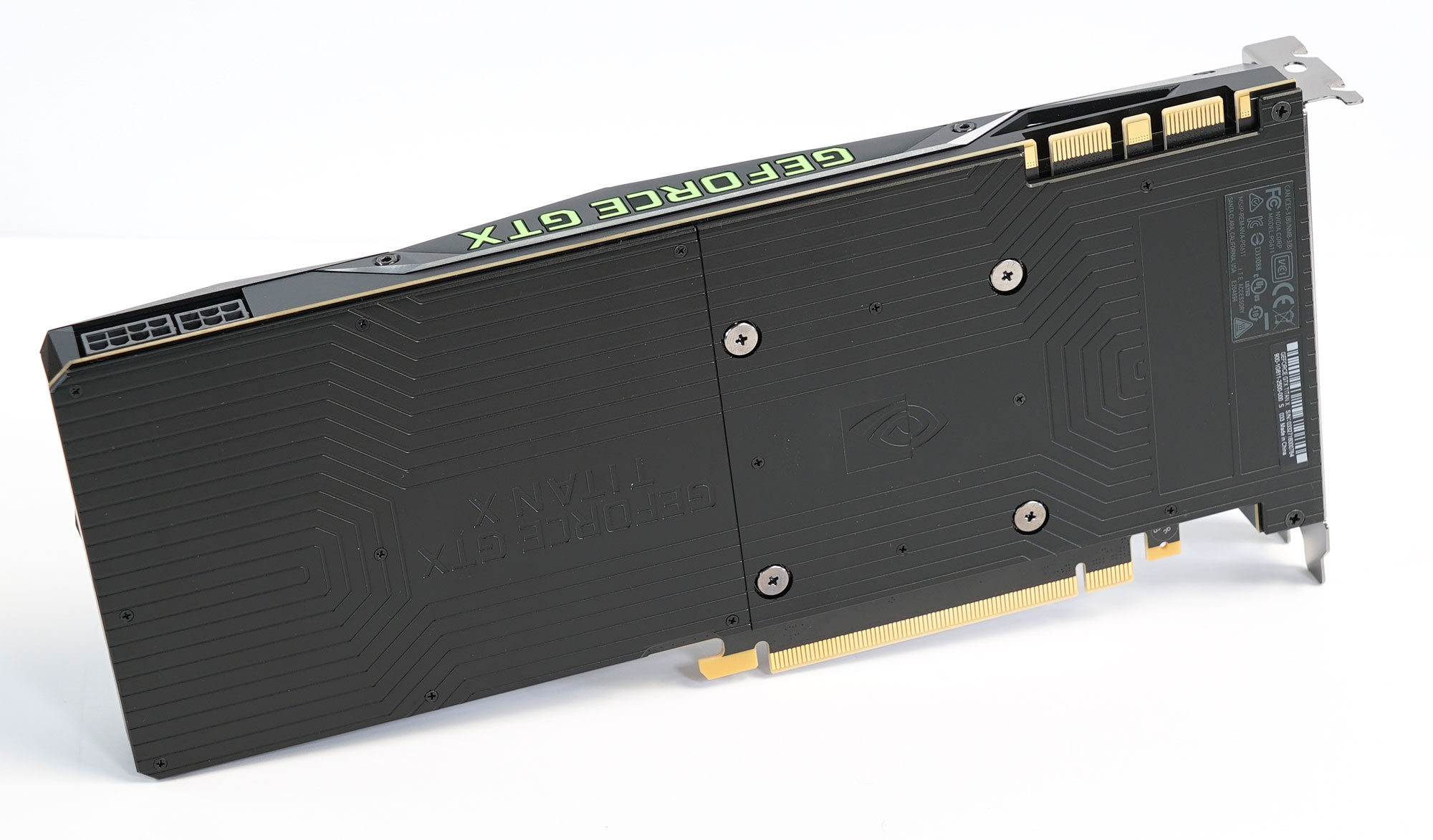 Rotating the card around the back we find a full cover backplate on the Titan X with an optional segment on the back half you can remove to improve airflow on adjacent graphics cards in SLI. The backplate even has a custom Titan X stamp on it. 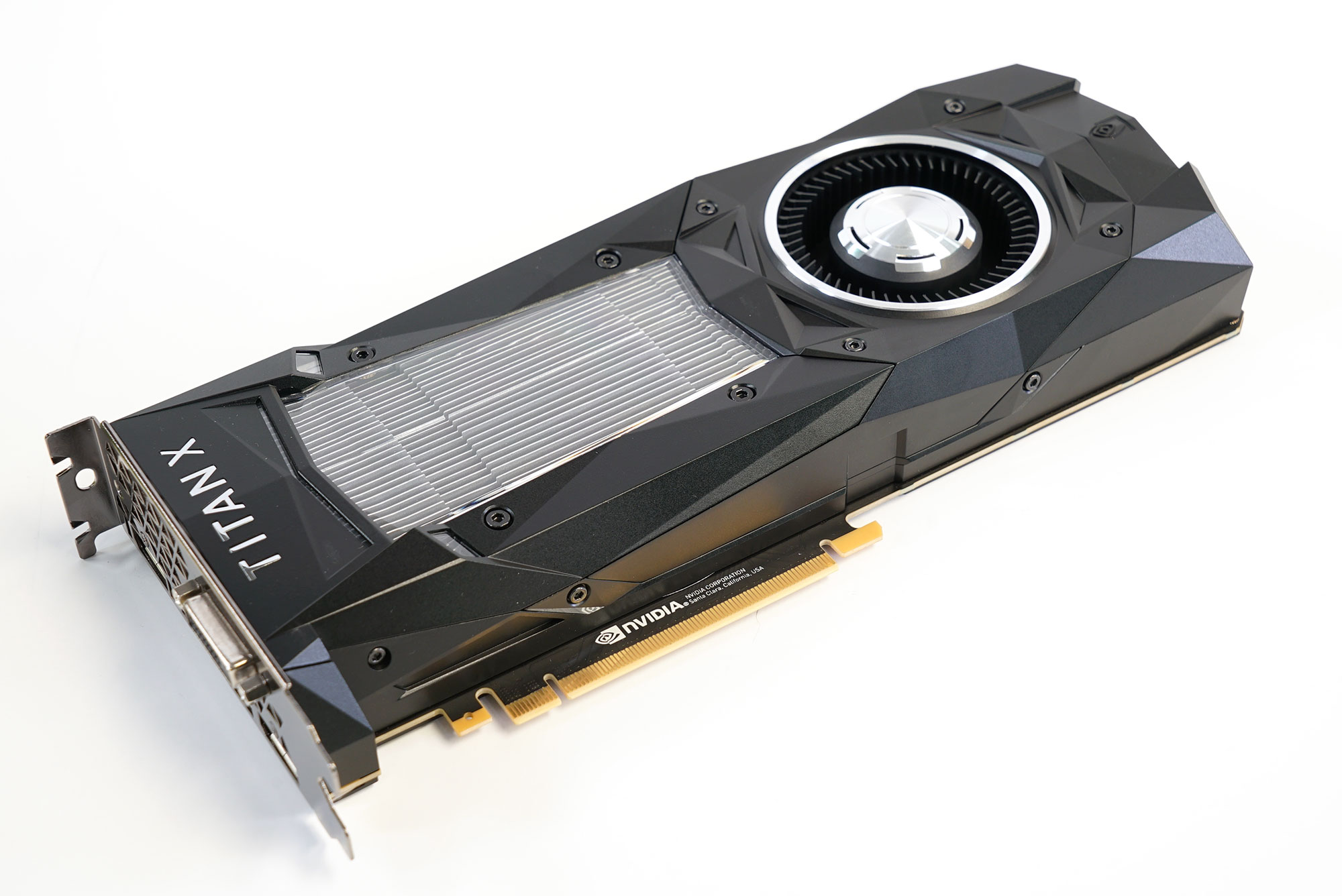 Though the shroud design is shared with the GTX 1080, the Titan X goes with a black out color scheme and a chrome “TITAN X” logo along the front. 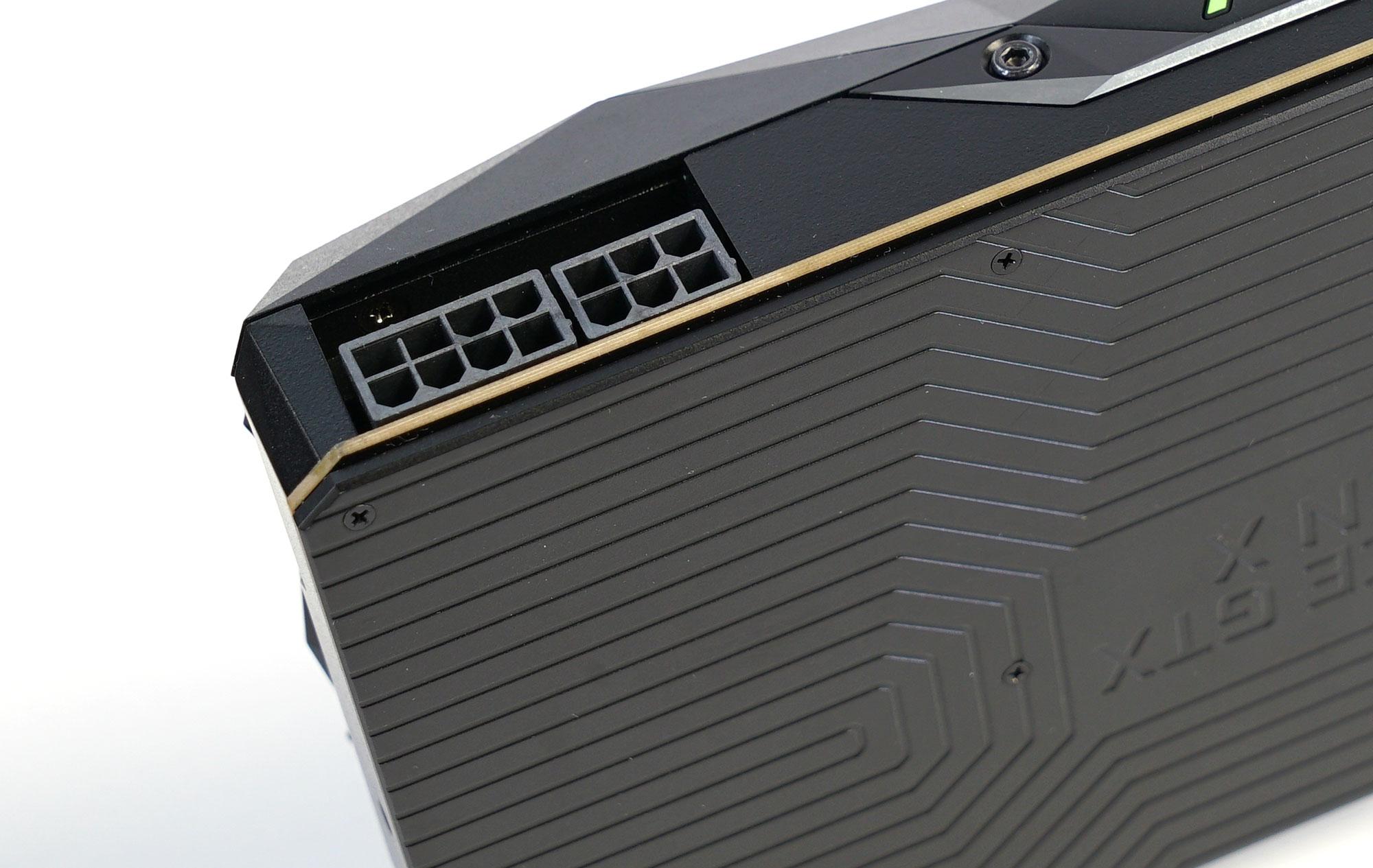 With a 250 watt TDP, the card includes both a 6-pin and an 8-pin external power connection. This is more than enough to hit 250 watts but allows the card to draw as much as 300 watts when overclocked. 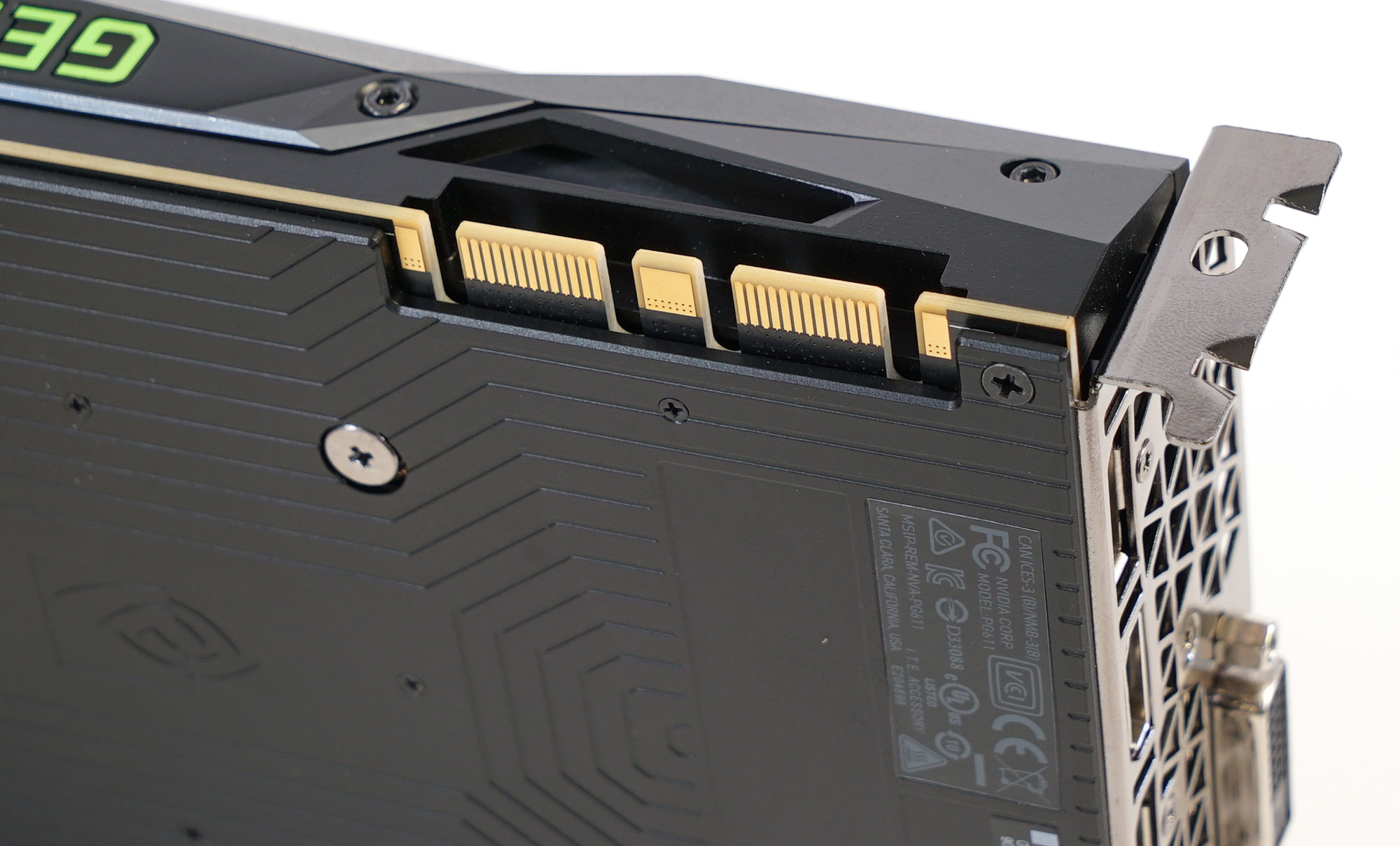