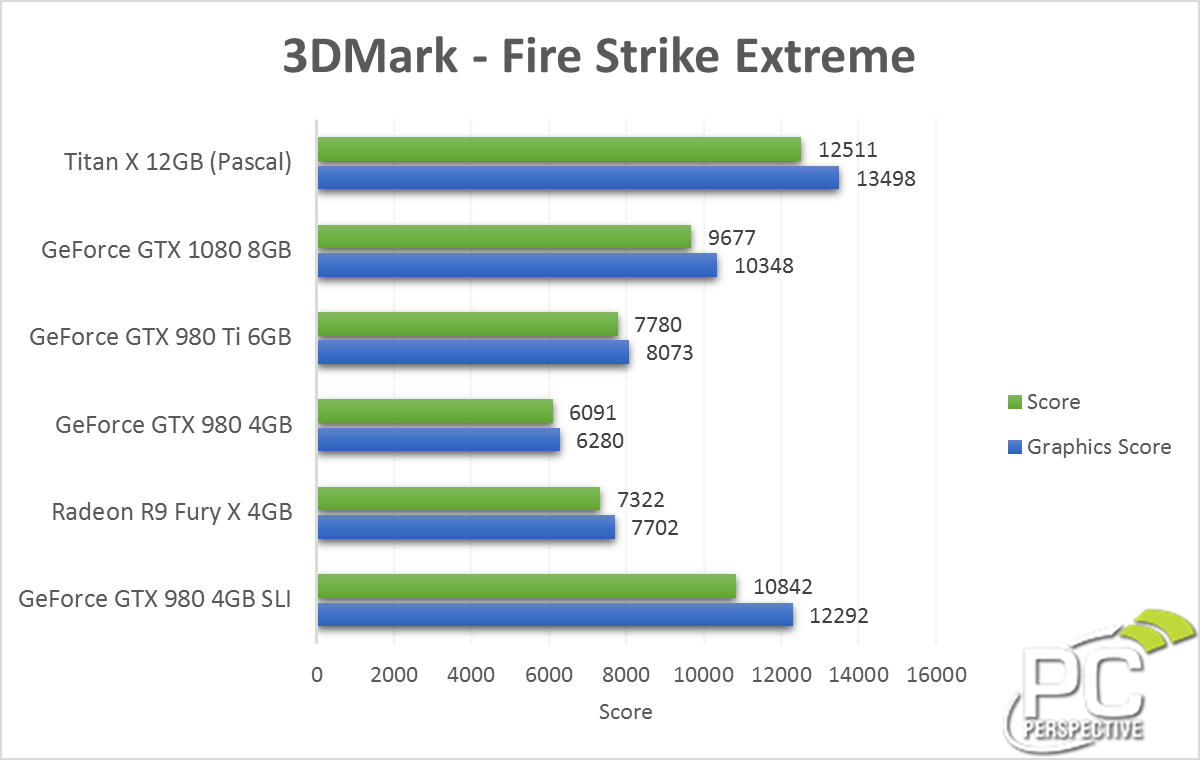 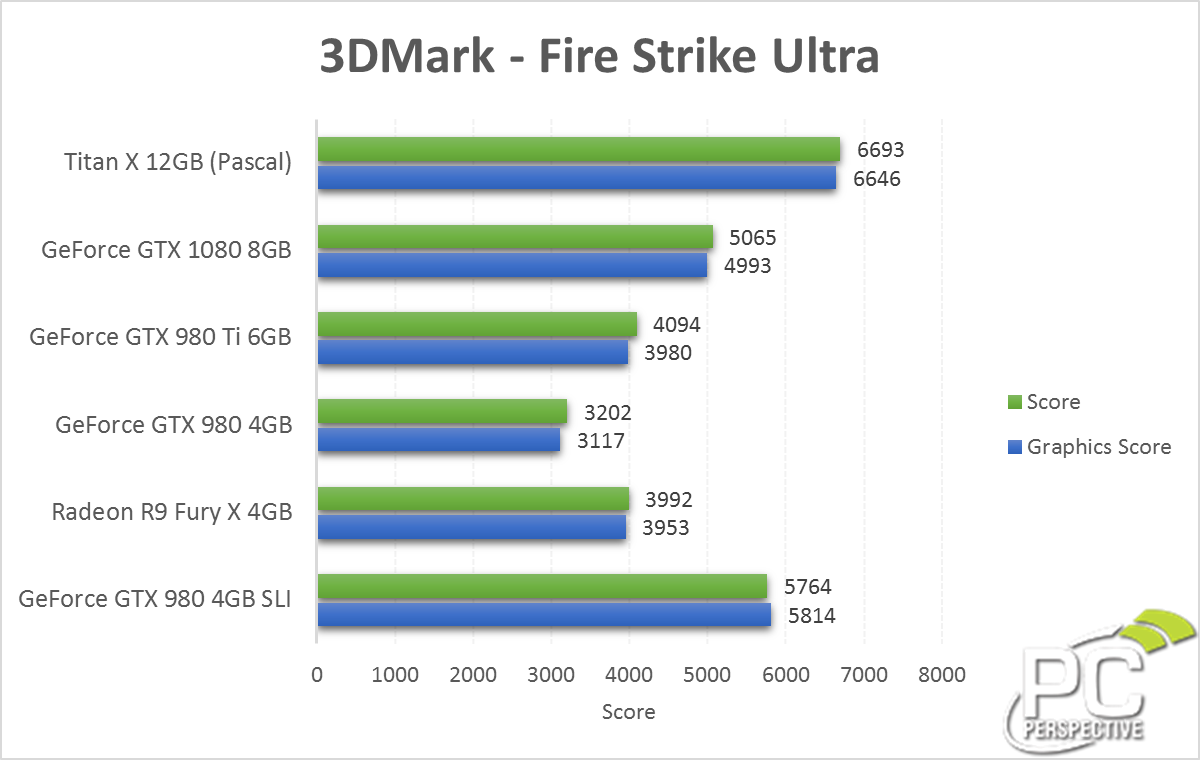 The 3DMark Fire Strike results look very familiar to those of you that read the previous benchmark pages. The new Titan X based on Pascal is just unmatched in single card configurations. 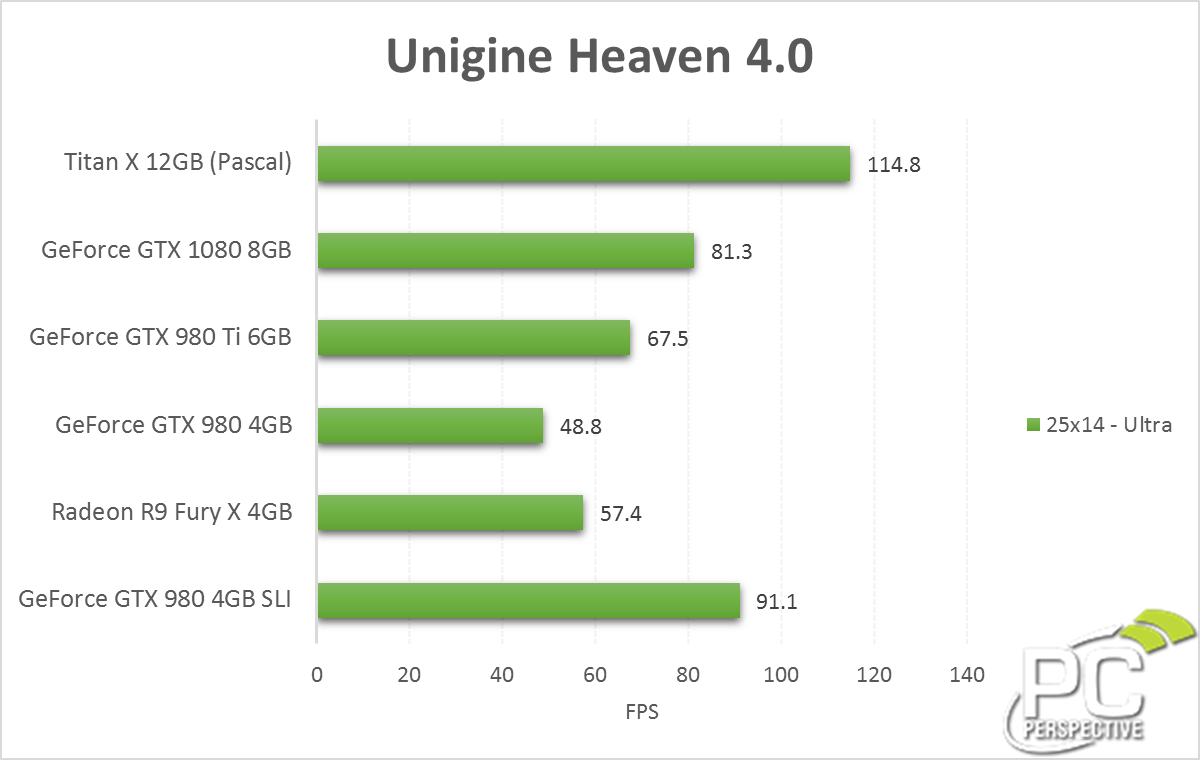 Under Unigine Heaven, the new Titan X is 41% faster than the GTX 1080 and is exactly 2x the performance of AMD's Radeon Fury X.

I didn't have much time to spend tweaking the new Titan X, and Precision X doesn't support the card yet, but I was able to utilize the latest beta of MSI Afterburner to get us to a +150 MHz frequency offset with 120% power target.

That results in a base clock of 1568 MHz and a typical boost clock of 1681 MHz. That is nearly 10% higher than reference speeds. In practice, and as you'll see in the next set of graphs, I saw clock speeds nearly hitting 1900 MHz consistently.

Looping Unigine Heaven for 10 minutes to warm up the GPU for testing, I used GPU-Z to capture the clock speed and temperature of the GPU in real time to see how consistent the clock speeds were at both stock and overclocked settings. 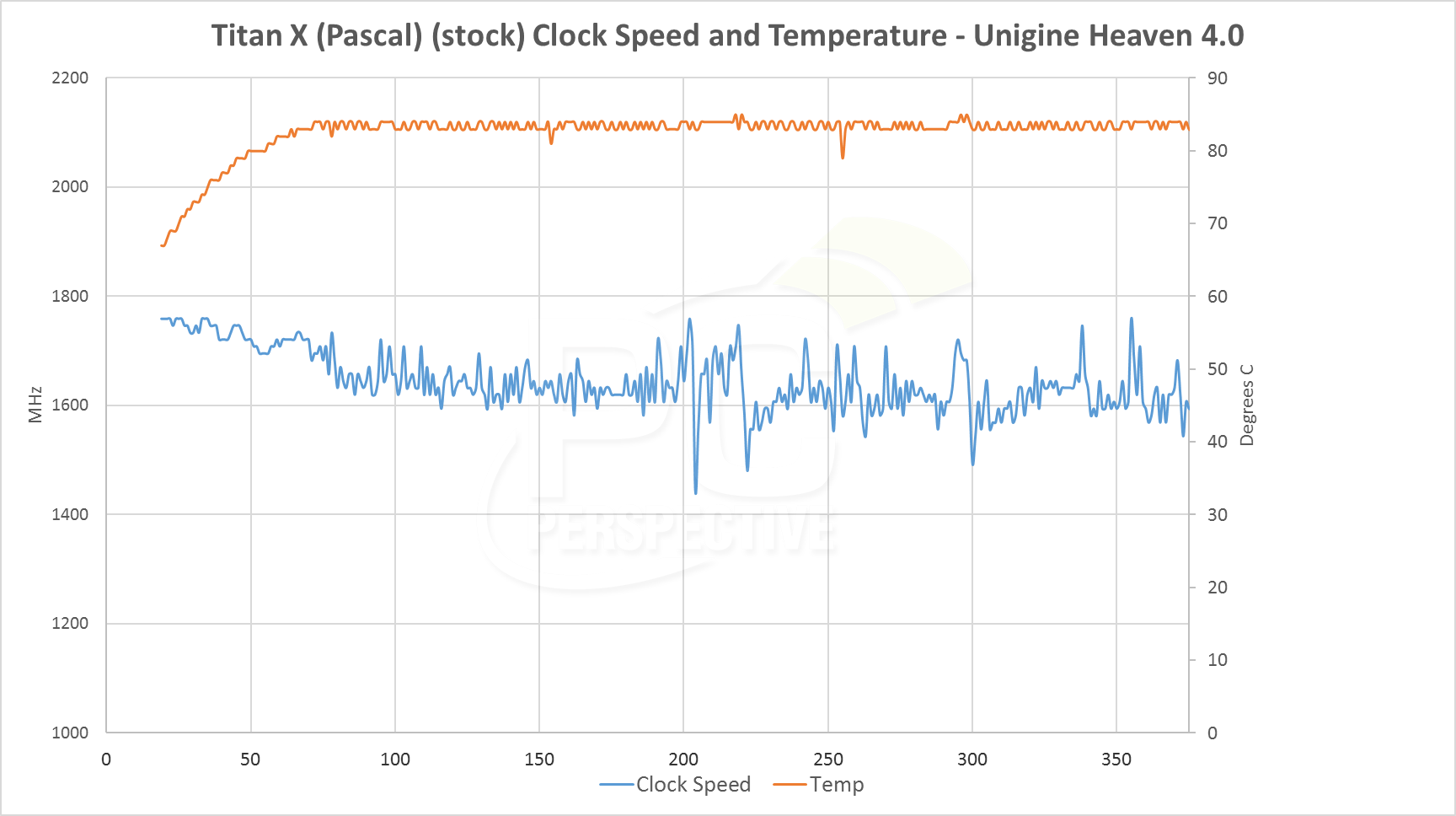 I continue to be less than impressed with the clock speed stability of Pascal at stock settings. It seems to me that NVIDIA might be slightly aggressive with target clock speeds and voltages, result in variance that you see here. 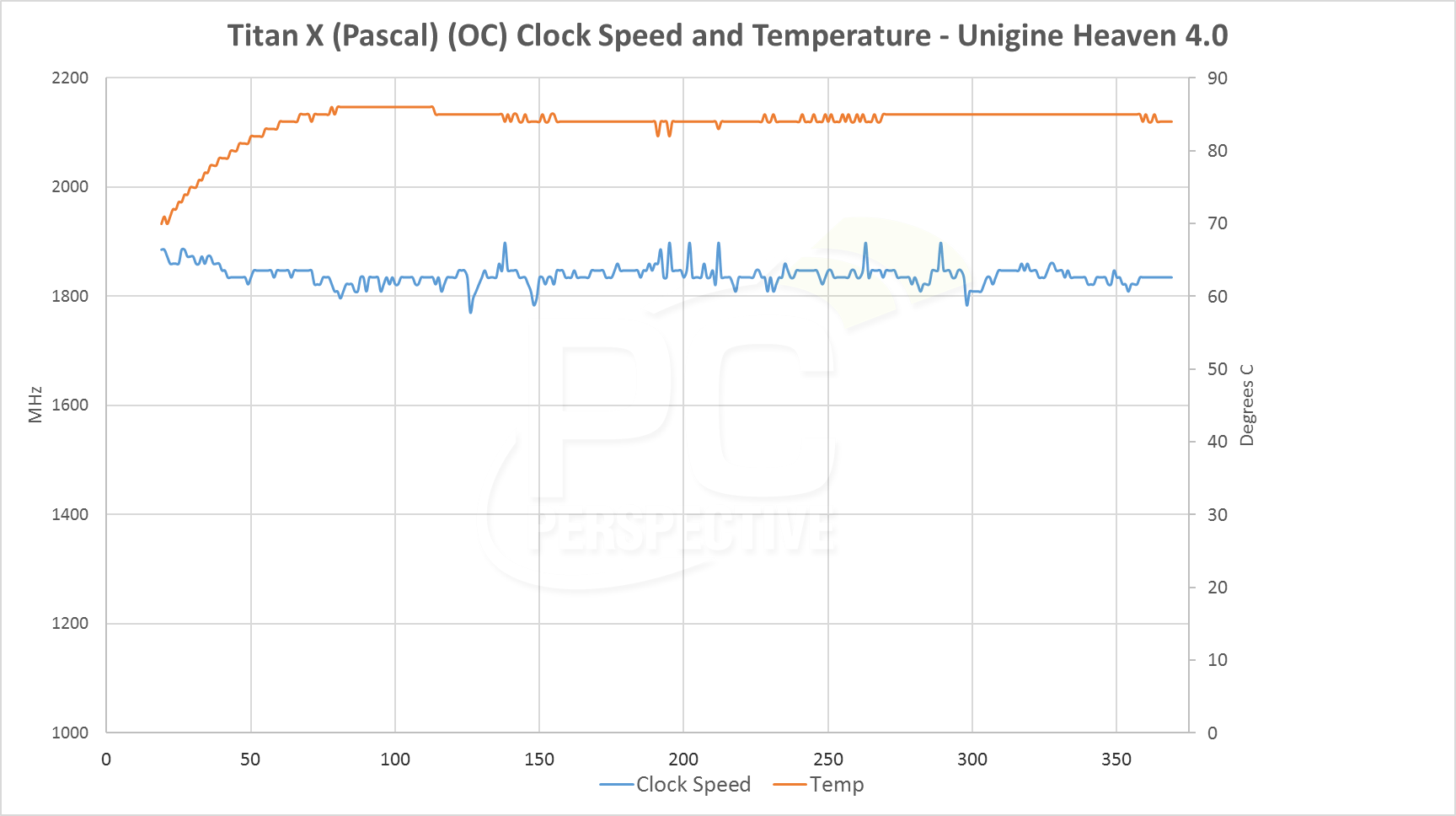 Once overclocked, things are not only faster, but considerably more consistent. This is likely because we have increased the power limit. 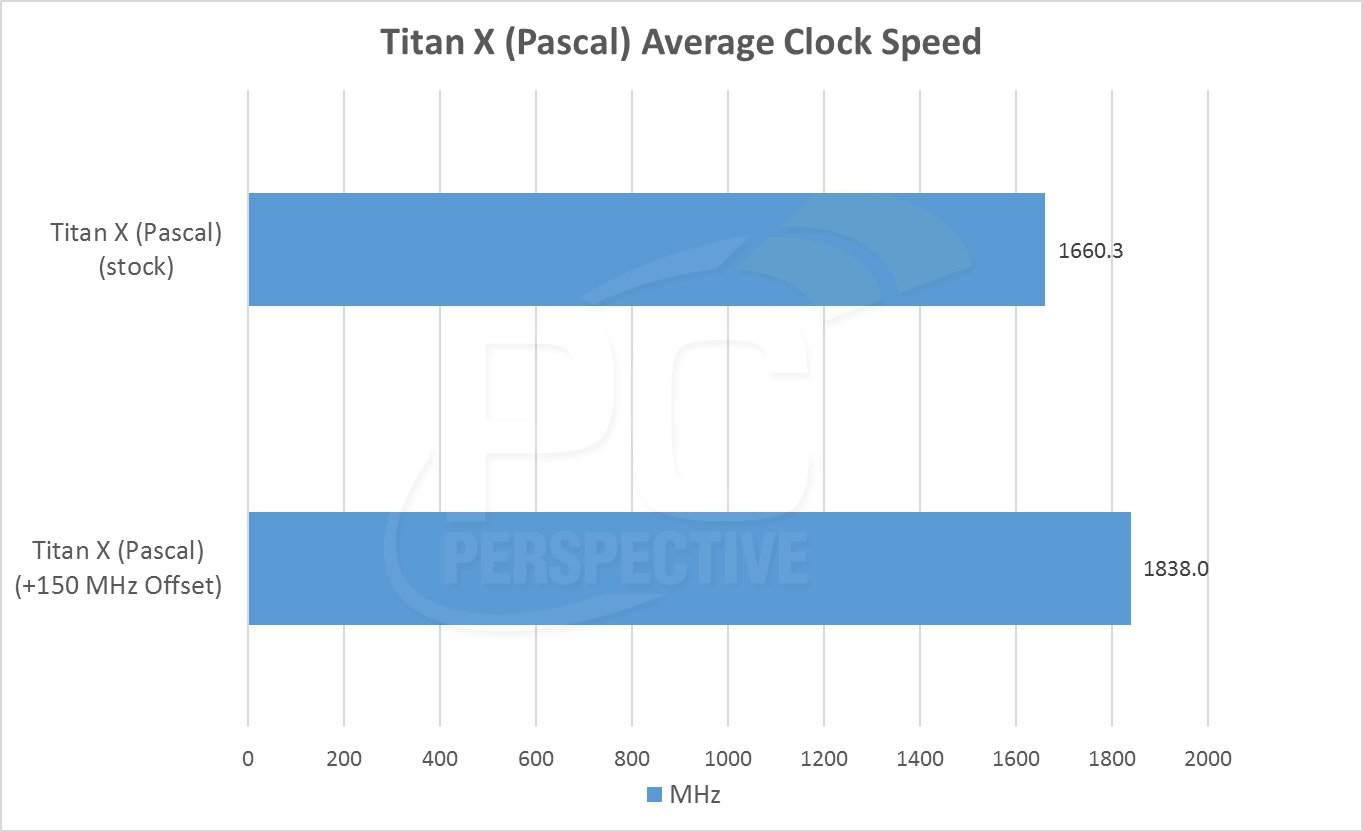 With everything at stock, the average frequency in this test over a long period was 1660 MHz; when overclocked with a +150 MHz offset and increased power target, the average bumps all the way to 1838 MHz!